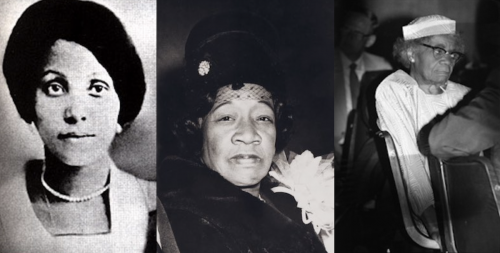 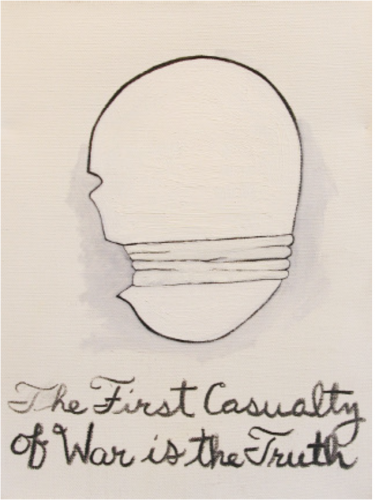 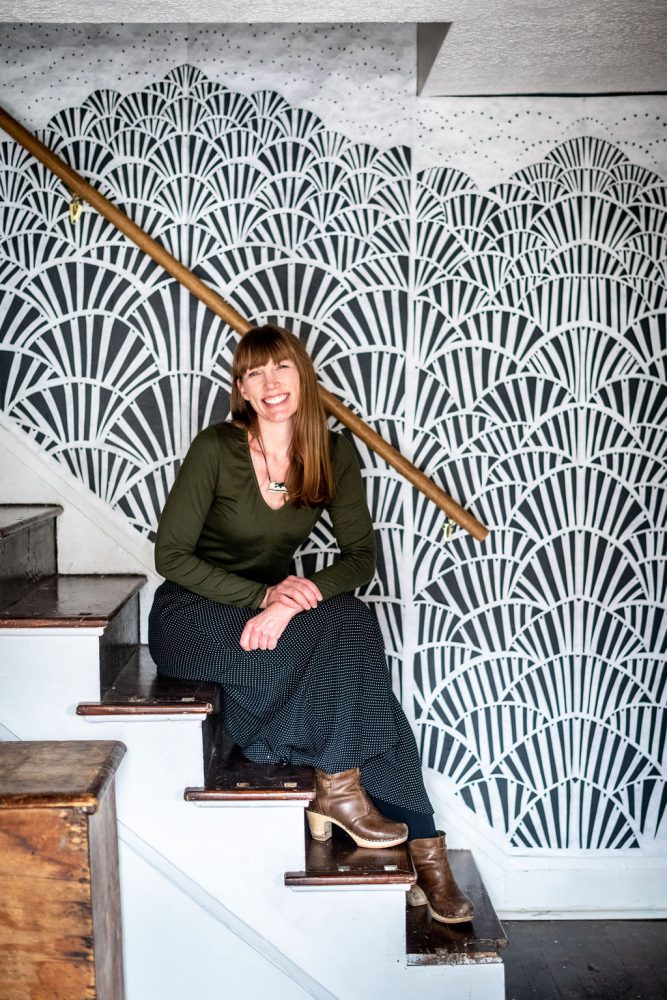 If you’ve lived in Baltimore for even a month, you’ve probably seen Annie Howe’s work. The fiber artist turned papercutter’s illustrations and original cuts are everywhere in this town, adorning walls, cabinets, and the sides of buildings. A laundry list of Howe’s pieces I saw around Baltimore this past holiday season: the signage for a school, an original cut-up in the Zoom background of a friend’s house, labels on jars at the grocery store, paper bags at a different grocery store, original brass ornaments, and the cover of a book at a bookstore.

Howe’s unique style feels tied to this place and time in Baltimore. Her hand-cut white designs on colorful backgrounds retain the essentials of her illustrative style no matter how distant the final medium and venue, feeling at once classic and contemporary. When working on her own projects, Howe typically selects subjects that interest her, a nature lover and longtime Baltimore resident, but that also have universal appeal, her lettering, animals, and occasional Hamilton lyrics tapping into the affordable handmade zeitgeist popularized by Etsy where people buy art for their homes and their friends to demonstrate their tastes and preferences.

Howe has made the solo career of an illustrator into a rotating collaboration with numerous businesses and other artists, and she’s done so with a signature softness (has anyone mentioned she is a DEAD RINGER for the folk artist Joni Mitchell?) that it seems odd to refer to her as an empire, despite her success and the unified aesthetic she has achieved. I chatted with Howe over Zoom about what she’s learned from her almost fifteen years as a freelance paper artist and illustrator.

1. You don’t need to go to grad school to be a success or even have studied the exact field you want to go into.

Howe appreciates the value of an MFA and sees how for some who plan to teach college or are looking for what she describes as “a really dedicated work period for a project,” it can be wonderful, but she didn’t pursue graduate education herself after earning a BFA from MICA in Fibers in 2001. After graduation, she worked in community arts and puppetry, which led her to cutting silhouettes to use during shows on overhead projectors. She immediately loved the tactile nature of paper cutting and started making gifts for friends and family out of it.

2. If a lot of people tell you you can sell something, listen to them.

Howe was encouraged by friends and family to start selling her paper cuts. They helped her figure out how to make it happen locally in their shops and restaurants and assisted with pricing when she was first getting started. She’s an example of someone who didn’t necessarily have a business plan when she began but she didn’t let that stop her because she knew there was a market for what she was making.

3. Figure out how to diversify your offerings so that you can sell both affordable prints and original work for more money.

When Howe first started selling her works, she sold originals—probably for not enough money! Over time, she has expanded to offer laser cuts, prints, and even brass ornaments through local retailers, and more recently, during the pandemic, directly from her own online shop.

4. Know yourself enough to understand what you enjoy most about your process and make sure you still get to do that as often as possible even as your business grows.

For Howe, the repetitive and detailed-oriented work of paper cutting is a joy, but she actually cites the problem-solving process of getting her paper cuts into different final forms as her favorite part of her work. She explains that “having to figure out new things” helps keep her going.

For example: “One time it’s ‘how do I make artwork to go on a grocery shopping bag?’ Or ‘how do I make art that gets translated into a public art piece that’s going to be on a big mural?’ For me, that is just as exciting and interesting as the making of the artwork too.” Howe has built her business and her practice around making sure she will always have opportunities to problem solve and push her work to new limits.

5. You don’t have to wait for someone to reach out to you for a collaboration.

Howe is regularly reaching out to people she already knows or asking friends for introductions to new experts to collaborate with. In the beginning, people would reach out and she would say yes, but now she can afford to be more selective in who she works with. When you find a good collaborator, working with them on multiple projects eliminates the stress and headache of finding a different person you work well with.

Like many freelancers, Howe has discovered that working 9 to 5 is helpful for her. She feels most creative in the mornings, so she tries to be in the studio early and will work nights and weekends if she’s on a deadline. The regular hours keep her accountable and provide her with enough time usually to stay on schedule. If you’re not a full-time creative, Howe recommends trying to find consistent hours that work for your schedule.

7. Allow your business to adapt and change as your practice grows.

Howe used to sell primarily at craft markets and then shifted to brick-and-mortar stores. During the pandemic, when stores where she typically would sell a lot of work have closed, some of them permanently like Hampden’s Trohv, she has pivoted to selling directly from her online store herself. Being flexible has allowed her to change with the times and continue to make money in a very hard year.

Howe also has multiple revenue streams. In addition to retail, Howe works on commissions, licensing, and even workshops as income sources. “All of those ebb and flow over time depending on what I am working on but, I think especially in these uncertain times, I have been able to stay agile and successful because I don’t have the proverbial eggs in one basket.”

A seconds sale is where makers sell work that’s accumulated in their studio. Maybe it relates to a larger piece or commission or maybe it was just a sketch, but the same audience that appreciates your finished work will be excited about unique, one-of-a-kind pieces of your practice. Plus you get to reclaim that precious space!

9. Even if you’re not a technology person, you can do social media, have a website, and learn computer programs that will accelerate your practice. Let your friends and family help you or hire a professional.

Howe graduated before all artists needed their own website and before we all got used to shopping for everything from toilet paper to fine art online. She’s had to adapt to continue to make a living selling her work. Part of her success she attributes to “developing a community of people, whether that’s an informal network of friends or artists who are on a similar ride, who make similar work,” who she can reach out to for help.

And now, if someone goes to her with a project idea and there’s a component she’s unsure about, she knows “how to figure out either how to do it, or figure out someone to ask about it.” As an example, she offers, “I’ve never done spot illustrations for a book, and someone’s asking me how much would I charge for that, that is not something I know. [So I think about] who do I reach out to that can help me on that path of getting that information?”

Howe says that “one of the best things I ever did was hire a bookkeeper seven years ago to help me because I just know that that’s not my strength.” Howe lives by the philosophy that knowing how to figure out how to do something is even more valuable than intrinsically knowing it already.

10. Don’t worry too much about where your inspiration comes from.

In her personal work, Howe has made cuts based on popular music, including a whole series featuring lyrics from the musical Hamilton. About that body of paper cuts, Howe says, “I think sometimes we as artists get too in our heads about every idea, [thinking] it has to be this super highfalutin thing. So honestly, I liked the song and so I made a piece about it. I’m not high concept.” Instead, she focused on delivering the message: “How do you make a piece that compels and helps people make a connection to thinking we should vote and here’s the information that I need to convey to them.”

11. Read your contracts but also have a lawyer review them. “Work for Hire” is a red flag.

Howe points out that contracts are an agreement between two parties and are actually intended to be adjusted. Despite common misconception, you don’t have to accept the first version you are offered. She recommends artists avoid signing anything that includes the phrase “work for hire” because that is basically giving away all of the rights to the artwork. A great resource for more on contracts and pricing is the Graphic Artists Guild Handbook, which releases a new version every year.

12. Your art practice is important but so is being a citizen of the world and an involved member of your local communities.

Howe believes that part of her success as a person and artist needs to also be tied to society’s progress. She is constantly considering, “How can I also use the very small platform that I have or connections that I have? What else can I be doing, and how else can I be leveraging those things? It’s something I’m always trying to think about.” She believes we are all responsible for doing good in the world around us.

13. Make your own work and let your style evolve. Make the work you truly want to make; don’t make art that you think people will like on Instagram.

Howe doesn’t want to oversaturate herself with visuals by other creatives because she wants her work to remain distinctive. Over time, she has developed what she explains as a sense of “what works and what doesn’t. It’s so different when you’re not in school and you’re not getting as much feedback. I think that can be a problem. Social media can be a trap because everything’s this is great, love, love, love, like, like, like. But to get critical feedback is actually a little bit harder, I think, unless you’re working with someone on a project and they’ll give you feedback.”

Sometimes she’ll catch herself making something she thinks would do well on social media and pulls herself back.

…which Howe paraphrases as: “You don’t have to be the person that everybody loves or be the artist whose work resonates with everybody. You just have to find the [social media] platform that you can connect with people on. You don’t have to do them all, but you can pick the ones that resonate with you.”

15. Don’t give up before you find a solution that works for you.

Give yourself the grace and space to try things and fail at them. The people that succeed are the ones who didn’t give up. 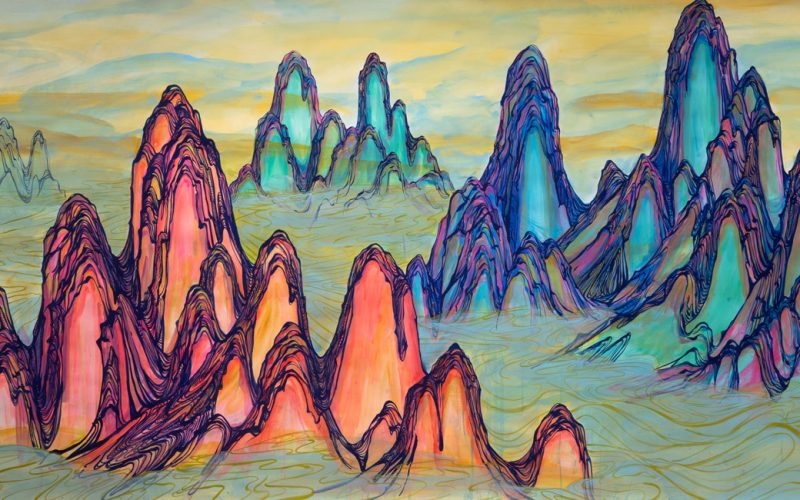 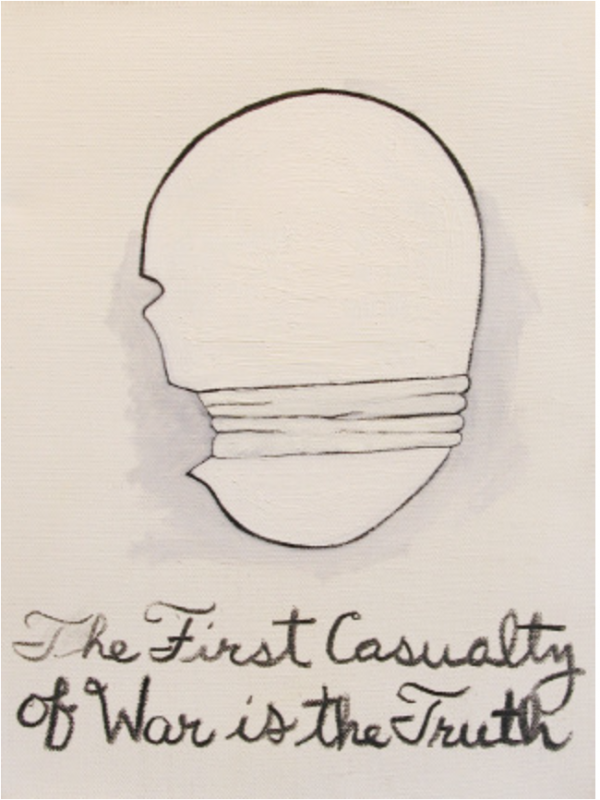