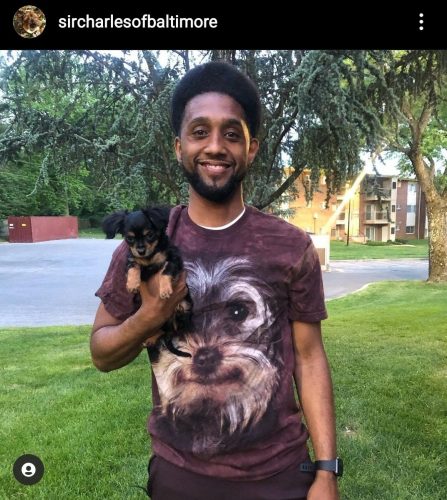 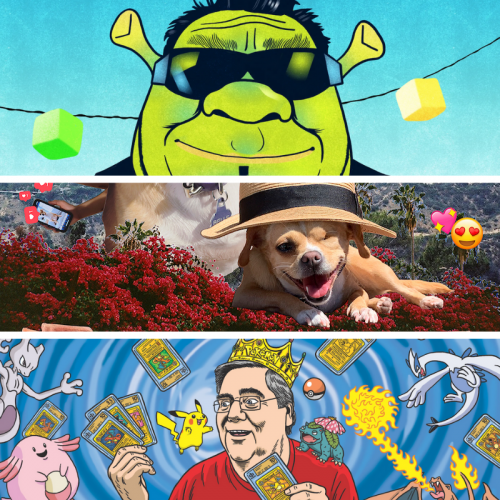 If you missed the opening night of the Maryland Film Festival on Wednesday, don’t worry, because you’ve still got almost a whole week ahead of you of films and programs to catch. Here is a close read of two films I’ve been anticipating, an intimate account of Baltimore artists and what it means to choose family.

This evening, Friday the 21st at 6.p.m., catch Baltimore is Burning, a collection of three short films from local filmmakers about queer Baltimore artists and performers. Playing on the classic 1990 ballroom documentary Paris Is Burning, the program Baltimore is Burning features Into the Light: A Trip Through Baltimore Ballroom, directed by Jason Gray and Kathryn Martin, which chronicles a competition at the Peabody; The Filthiest People Alive by Thomas Hedges, about the “alternative drag performer” and artist Sextia N’Eight who works by day as a mortician and taxidermist; and Children of Paris, a documentary about Baltimore hip-hop and pop artists and their experiences as performers and as queer musicians.

Maryland filmmaker Brandy Creek’s Children of Paris features pulsing club and concert scenes, lush in electric purple, blue, and pink hues, interspersed with personal interviews with three musicians and performing artists who have collaborated, narrating their own stories and identities as artists.

The film opens with Kotic Couture (@KoticCouture), an artist on the club and pop side of hip-hop, who commands the room as a performer. Their magnetizing music, style, and visuals are reflected in their storytelling style and personality. Couture says that the mainstream media is not “ready to back us the way we need to be backed.” As Couture’s interview closes, DDm (@DapperDanMidas) descends down a spiral staircase, weaving together stories of confronting sexuality in his writing and quick-witted gems like “what makes me sad? Bad music. Bad sex . . . ” (See the video for DDm’s 2020 single, “Stop My Bag,” for the opposite of “bad music.” And for anyone hearing Couture for the first time in Children of Paris, you should also listen to their 2020 release “Pink Durag” featuring :3lON, and watch the stunning video.)

RoVo Monty (@RoVoMonty), a pop artist with a self-described “vogue sound,” gives the final interview, which cuts between his music video “Pretty in Pink,” featuring Kotic Couture and DDm. True to its title, the video saturates my screen with bright and neon shades, and the hypnotic drum beat and atmospheric synths make the music mesmerizing. Monty talks about the desire to be marketed for his music, his sound and work, rather than as a “token gay” artist. He discusses a lack of genuine investment and room for multidimensionality as a Black gay artist, an observation that threads all three interviews.

Capping the weekend on Sunday, May 23 at 1 p.m. is Mom & M, a tender yet raw portrait of Elise and Nikki Richards, who live in Baltimore with their 6-year-old daughter Sansa. Directed by Baltimore filmmaker and artist Jena Burchick, Mom & M is told in part through home movies, Nikki’s poetry, and Elise’s social media, which are interpolated with the sights of Baltimore’s rainy days and row houses.

The sound of rain, soft music, and Nikki’s compelling poetic voice is cut across interviews, video portraits, and pastel, sometimes dreary, clips of Baltimore. Together, these elements build an emotional landscape that echoes these words by Nikki when she reads them halfway through the film: “I like sad things / they remind me of cold nights.” Nikki and Elise practice radical communication with one another, and they allow us to witness this astounding ability to speak things out loud and practice gentleness even in the thick of the bad days. It is collaborative, personal, and lyrical, and as such it invites a turn inward: the film reminds me of a term my dad sometimes uses, “DocuPoem.”

Burchick calls the project a new kind of collaborative documentary: the story is pieced together by her labor of editing, interviewing, and shooting footage, but much of it is told through the Richards family’s own creative efforts and practices of documenting life. By inviting Nikki and Elise to share their videos, music, and art, Burchick extends ownership of how the story is told. In turn, Nikki, Elise, and Sansa are active participants in crafting their narrative, and they invite us into their lives with striking vulnerability.

Like Children of Paris, Mom & M creates a vivid and poignant portrait of modern life and artistry, built out of a unique collaboration between filmmakers and those in front of the lens.

Without trans persons behind the camera, the spectacle of The Right Girls offers few answers for those of us with a personal stake in the outcome of this journey.