Sunday Reading for September 30: Stories You Missed because You Might Have a Life by Cara Ober 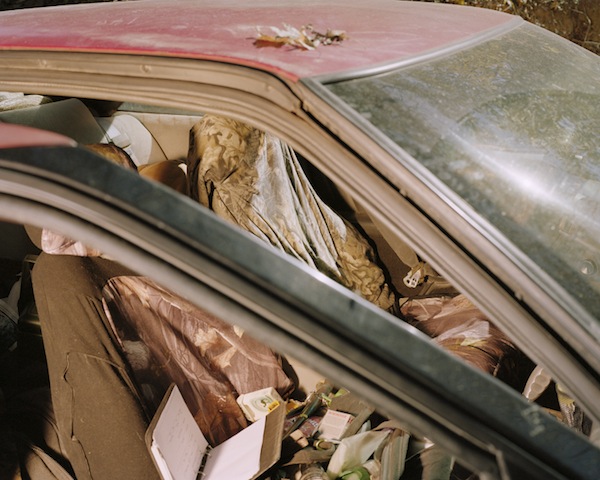 Rich and Inclusive, a Celebration of Photography: [...] 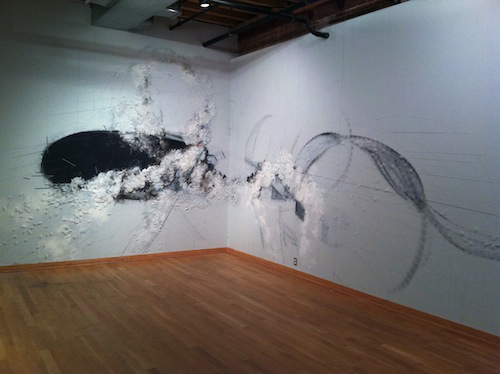 What is the Point of Juried Exhibitions? A Reacti [...]

Sunday Reading for September 30: Stories You Missed because You Might Have a Life by Cara Ober According to Franklin Einspruch for ArtCritical, “We may one day recall 2013 as The Year That Abstract Painting Came Back.” That sounds nice, but what does it mean? He points out a highly coincidental number of exhibitions about abstraction in the past year, including MOMA’s Inventing Abstraction, 1910-1925, the Guggenheim’s Art of Another Kind: International Abstraction and the Guggenheim, 1949–1960, as well as DNA: Strands of Abstraction at Loretta Howard Gallery and Cheim & Read’s Reinventing Abstraction: New York Painting in the 1980’s. Einspruch also notes a number of contemporary gallery shows in New York featuring abstraction including Paul Behnke at Kathryn Markel, Jennifer Riley at Allegra La Viola, Thomas Nozkowski at Pace, and Sharon Louden at Morgan Lehman.

After greasing the wheels, this review finally reveals that it is actually about a group show called POUR, showing simultaneously at two galleries in New York: Asya Geisberg Gallery and Lesley Heller Workspace, after an original exhibit at Florida Atlantic University. According to Einspruch, POUR’s curators, Elisabeth Condon and Carol Prusa, “established that the desire for good abstract form, achievable by way of liquid paint, is a perennial concern.” Oh, and Clement Greenberg might be irrelevant. Read more at ArtCritical: Oil as Water: POUR at Lesley Heller and Asya Geisberg by Franklin Einspruch.

Baltimore’s Rebecca Nagle and Hannah Brancato, aka FORCE, have hit another one out of the ballpark! If you haven’t heard about FORCE’s new online hoax, which presented itself as Playboy’s Top Ten Party Commandments of 2013, um, I don’t know where you’ve been. But, I will give you another opportunity. Or Three. Here goes…

From ThinkProgress: The Inside Story Of The Feminists Who Fooled Us Into Thinking Playboy Cared About Consent by Tara Culp-Ressler and Judd Legum

The Daily Beast: How a Prank on Playboy Fooled the Internet by Adrienne Vogt

The artist’s job is to create stuff that doesn’t exist, but SHOULD. I think everyone wishes this list were real. Who knows? Maybe Playboy will get a clue? In the meantime, you can check out FORCE’s newest project on Sunday, September 29… One hundred quilts to blanket the Penn Station Plaza in honor of survivors of Rape and Abuse from 2-6 pm. According to Givhan, “Owens had invited the college-age American women (members of four different step teams), to Paris, to help him express his personal aesthetic — one rooted in nontraditional beauty, confidence, and power. They modeled his spring collection, though none of them had the towering height or the reedlike physiques of the typical runway strutter. Despite athletic thighs and dancers’ legs, round middles and curvaceous torsos, they did more than justice to Owens’s free-flowing silhouettes — his bloomerlike shorts, tunics that curved around the bosom like a conch shell, leather vests, and dresses reminiscent of togas. Some women wore head wraps that hung to their shoulders like do-rags. Others had their hair flying free. They wore clunky footwear that looked like a cross between high-top sneakers and Pilgrim’s shoes. But mostly they wore a defiant attitude.”

“It was impressive to see a sea of mostly African-American women at a time when the lack of diversity in fashion is in the news. But more important than the color of their skin, the women stood out for their individuality. “It’s important to take a minute to talk about working with a lot of different body types,” Owens said. “It was a good exercise for me.” ” Robin Givhan: Rick Owens’s Powerful Rejection of Conventional Beauty. Like a number of other liberal arts colleges, Emory College of Arts and Sciences is getting rid of many fields of study, focusing on curriculum which leads to, you know, employment. I suppose this makes sense from a statistical and vocational perspective, if college were a trade school, instead of an institution of higher LEARNING. Right?

On Friday, September 14 Emory’s Dean of Arts and Sciences announced the school will close their Visual Arts Program, as well as the Department of Educational Studies, the Department of Physical Education, and the Department of Journalism. The news was delivered, rather than discussed with heads of the departments, and people are pissed so they are protesting. More info at Art&Education: Emory University Eradicates its Visual Arts Department, Portending an Ominous Trend in University Education by Lilly Lampe and Amanda Parmer. Hyperallergic‘s Arianne Wack says, “I won’t bloviate about what the creative process is or isn’t,” after a crapload of bloviation. However, after that’s all done, she explains why the Whitney’s Edward Hopper Drawing show, which ends October 6, is spectacular.

According to Wack, “There are occasions when we get to glimpse into the mind of an artist and the furious currents or absorbed silences within, and watch how they got from A to B, as in the Whitney’s stellar exhibition Hopper Drawing, which ends October 6th. There are over 200 preliminary sketches, pages from Hopper’s sketchbook, and a handful of etchings that accompany 21 of his paintings. A retrospective of sorts, not of Hopper’s body of work per se, but rather of his process; his sedulous spirit.” Let’s all go see Edward Hopper! Asap! Creative Redemption: Edward Hopper’s Drawings and Lewis Hyde’s The Gift by Arianne Wack. Sabine Rewald is the world’s foremost Balthus scholar and the curator of “Balthus: Cats and Girls,” which opened at the Metropolitan Museum of Art this week. As is her curatorial prerogative, she excluded the uber-creepy The Guitar Lesson, from 1934, pictured above. Jerry Saltz thinks this is bogus and calls foul! He says the art world should get over itself, and stop being too staid to appreciate this exquisite example of just how pervvy Balthus could get.

I’m basically giving away the crux of this whole review, but it’s not as interesting a statement in an abbreviated version, so here it is: “Balthus is a difficult artist. Obnoxious. Cheesy. Stiff. Yet by fusing conservative technique with surreal setups and subject matter drawn from the deep reservoirs of sadomasochistic imagery and erotica, his painting is a world apart. I don’t love Balthus’s work, but I grant that all parts of the best examples are charged with something wild, almost half-human, some sleeping need, rage, frustration, and restraint. What makes the banishment of The Guitar Lesson so bitter isn’t only that MoMA came this close to owning a second take on the blatant sexuality of Picasso’s Les Demoiselles d’Avignon. It’s that, in this one work, Balthus broke through his overweening coyness, predictability, and button-pushing theatricality, depicting a truly mysterious, open-ended picture of our strange, strange loves. Rewald is perhaps the only Balthus scholar who could have let us see this forbidden painting in the best light. I’m sorry she didn’t bend the rules of her show and reveal this exquisite deviation.”

Now you really don’t need to read this review, but you can at NY Magazine Culture Vulture: Saltz on the Painting the Metropolitan Museum of Art Won’t Show You.

Some of these paintings are on refrigerators. Others are in MoMA. In 2005, ABCNews asked artists and an art historian to distinguish between modern art and art by 4-year-olds. They didn’t do too well. Let’s give it a try? QUIZ: Can You Tell The Difference Between Modern Art And Paintings By Toddlers?

The Sunday Reading List is written by Bmoreart Editor Cara Ober. If you have a link you’d like to share with Bmoreart’s readers, send it her way.