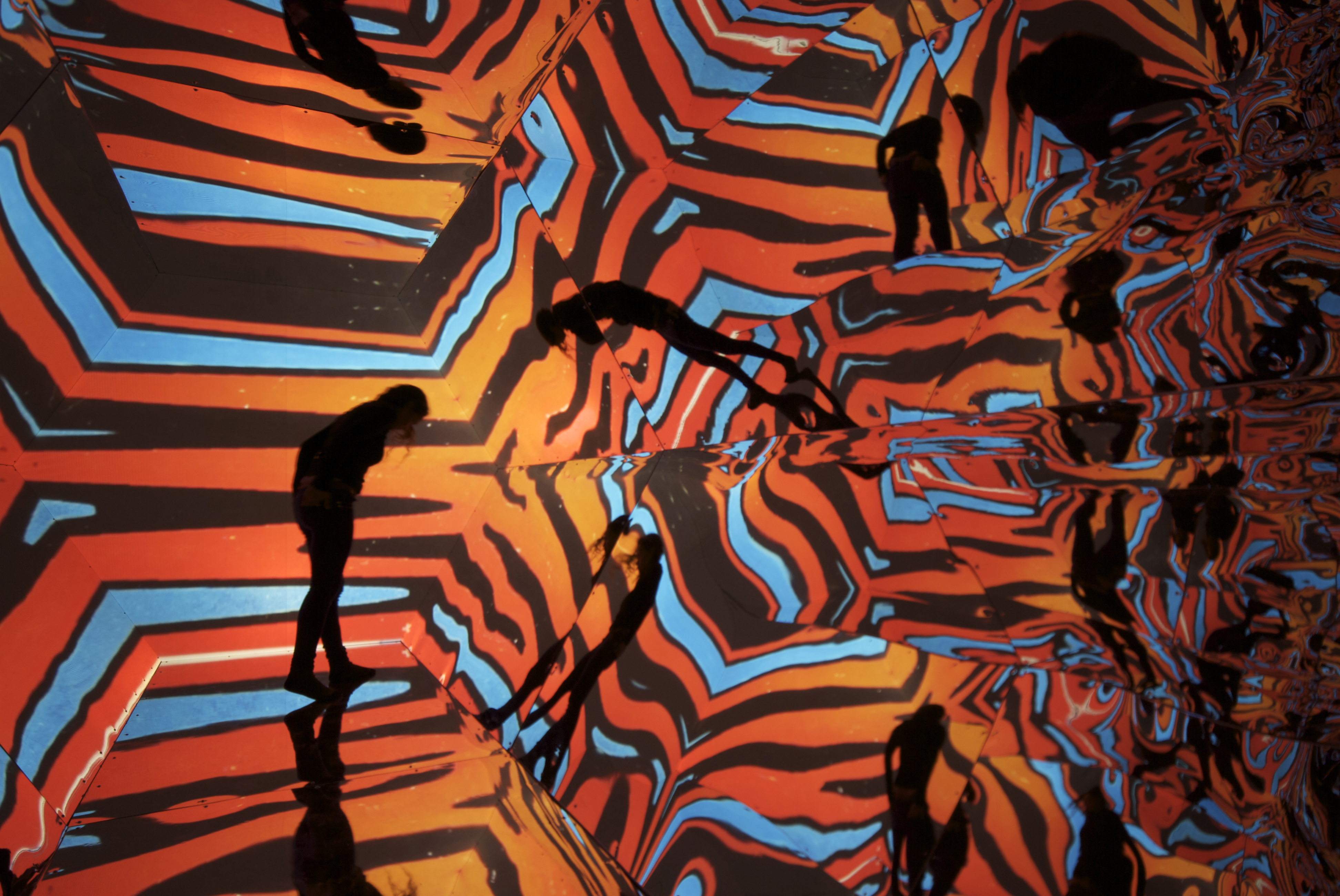 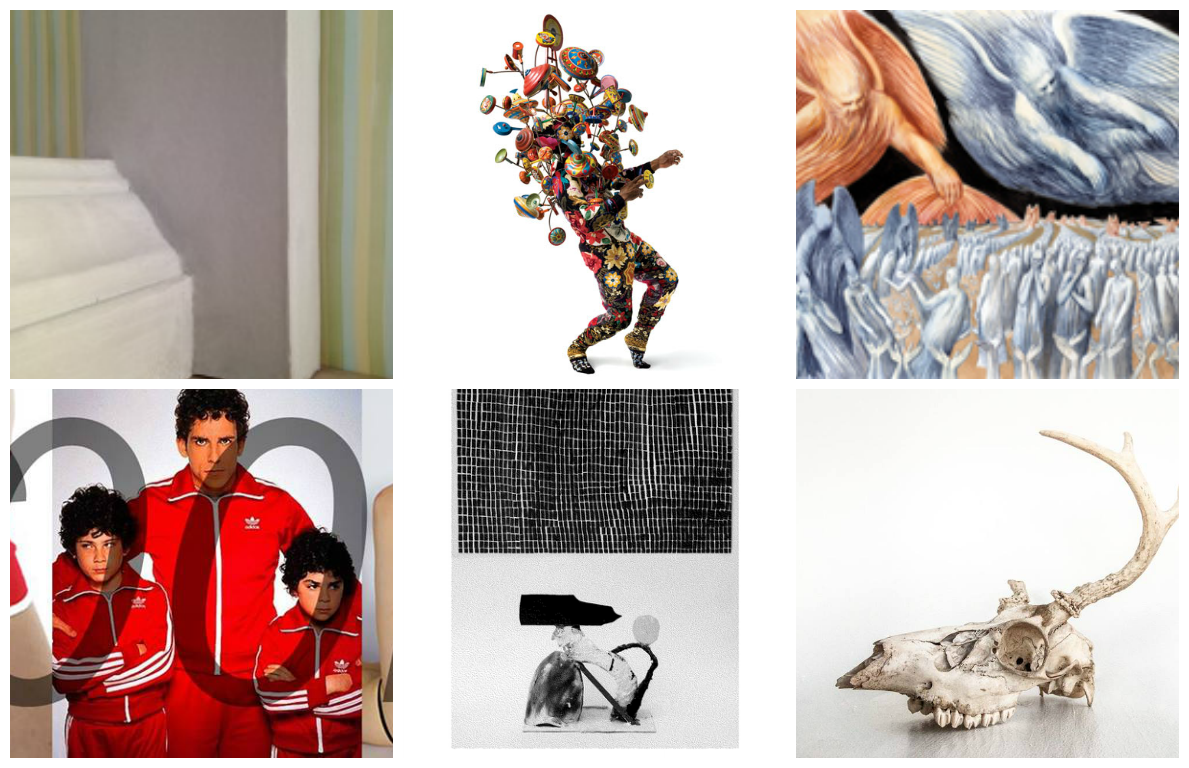 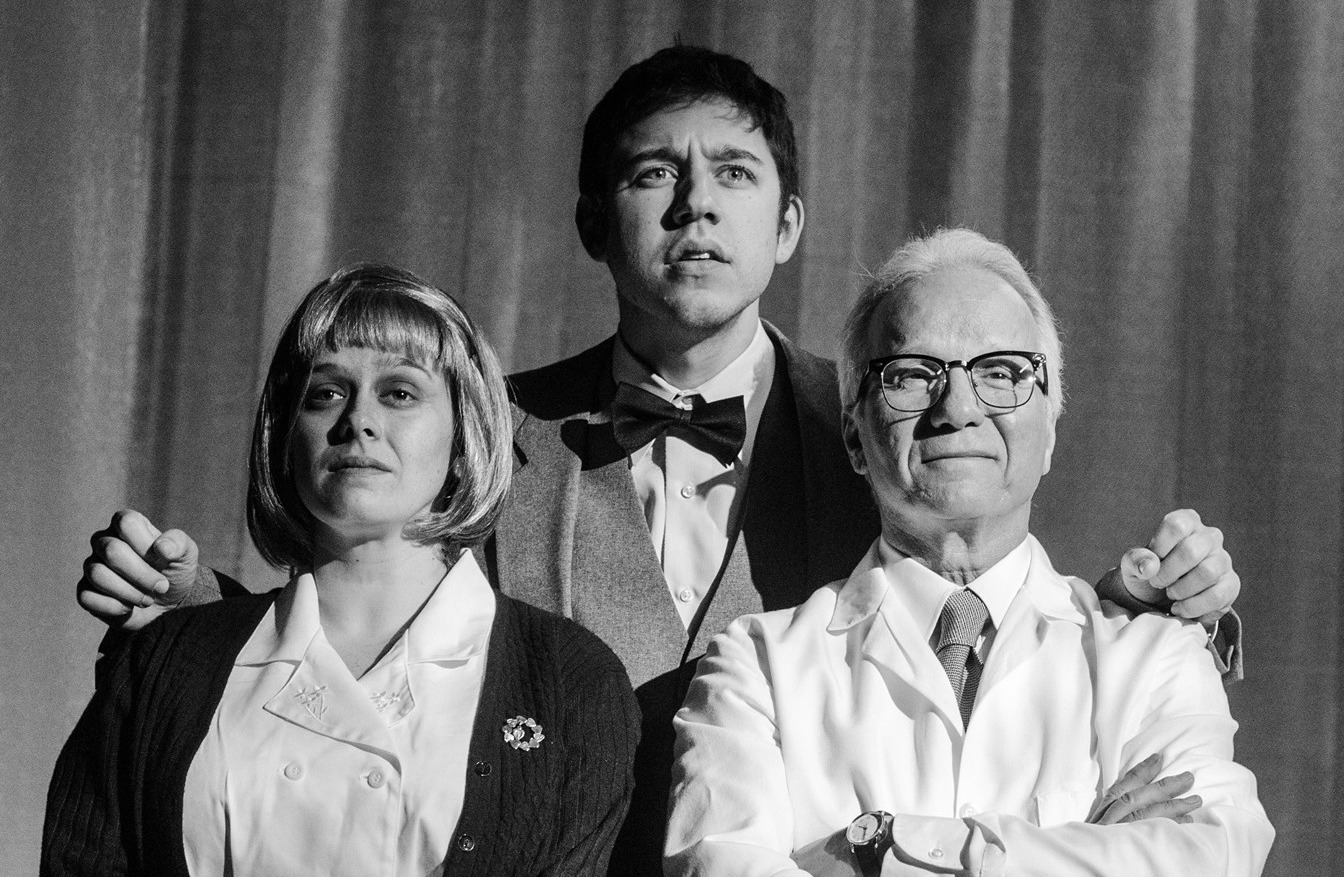 Single Carrot Theatre’s The Flu Season celebrates love, one of those the horribly wonderful tangents between birth and death

Love ends. That’s what Single Carrot Theatre’s lively production of Will Eno’s The Flu Season reminds you from the very moment you enter the theater. For this debut production at SCT’s attractive new home on North Howard Street, set designer Ryan Haase created a silvery gray inclined stage inside the space’s large black-box performance space. You enter from the lobby, climb a short flight a stairs, and then walk through the set, down the ramp, and to the seating area. The six-person cast mills about, four standing through rectangular cut outs in the sloped floor, as if the joke wall from Rowan & Martin’s Laugh-In had been tipped over. This whole comedic drama is slightly askew, but this stage plot makes no bones about the ultimate conclusion: Everything eventually rolls downhill. You will descend to enter the play. The play will tumble toward it’s inevitable end. Your body will one day return to the earth. Everything ends.

But it’s going to be a grand time getting there. Flu takes place at the Crossroads Psychiatric Center, a mental health facility whose blocky props and cheeky all-gray monochrome feels like the waiting room from Huis Clos, if it was located inside of Pee-Wee’s Playhouse. There, Doctor (Michael Salconi) and Nurse (Genevieve de Mahy) check in new patients Man (a superb Paul Diem) and Woman (the ever subtle Jessica Garrett). Both Man and Woman suffer from some nonspecific mental something or other—they speak in circles, words contradicting logic and sometimes something they just said. But Doctor and Nurse talk in riddles just as obtuse. “I think that would be fine,” Nurse says to Woman near the play’s beginning. Woman gives her a quizzical look and replies, “No one said anything.”

Such verbal topsy-turvy runs throughout the play, even when Man and Woman meet cute— well, the severely anxiety-plagued version of it. They’re at a pay phone inside the facility, her wanting to place, though she doesn’t really have anybody to call, him waiting for a ring at a phone that doesn’t accepting incoming calls. They bicker. They catch each other’s eyes. They flee from each other. They’re drawn together. They fall in love. They sleep together. She becomes pregnant. He loses interest. She takes care of the pregnancy. He pretends to care. She takes care of herself. He writes a play about falling in love in a psychiatric center. This metafictional plot would feel a bit too much like Edward Albee rewriting One Flew Over the Cuckoo’s Nest as a love story if it weren’t for every moment of romantic union, where a pair of completely mental human beings awkwardly collide and try to coexist. Flu season merely makes that insanity symbolic: love as communicable virus, reality as insane asylum.

This writerly self-awareness is built into the script. Flu‘s scenes are bookended by monologue interludes from the sentimental Prologue (Dustin D.T. Morris) and the pragmatic Epilogue (Allyson Harkey), who comment upon, describe, and sometimes practically direct the play’s action. They’re the ones who move the gray blocks that become chairs, tables, and beds about the stage between scenes, filling in exposition. Prologue, who Morris plays as an irrepressible fountain of dewy hopefulness, thinks things can work out, that love can overcome obstacles, that Everything is Going to Be OK. Epilogue, who Harkey plays like a seen-everything newspaperman in a film noir, isn’t so easily fooled. Toward the end she offers:

People get married in sleet storms. People get cancer on soft summer evenings, sitting by the radio, looking up words in a dictionary. The wonderful world falls apart around the clock. You know this from experience, if you’ve ever had any. And there’s nothing necessarily sad about anything. Or happy.

New York playwright Eno is one of those writers that SCT understands on a cellular level. The company performed his Tragedy: A Tragedy in 2010, another play where language gets in the way of understanding life and each other, and Eno’s literary cleverness could easily become annoying in less capable hands. Director Alix Fenhagen and the cast recognizes that Flu Season needs to be approached with an ecstatic level of mirth and sincerity, otherwise the script’s circular sentences and fanciful stagings become mere authorial parlor tricks.

In Garrett and Diem, Fenhagen and SCT’s Flu has a pair of actors who understand that the script’s jokes score best when played with near deadpan seriousness, who are able to telegraph that spark of attraction that ignites bodies in close quarters, and who succinctly establish a level of physical intimacy that gives their dissolution a crushing finality. Diem especially does a impressive job of giving Man a whole body vocabulary through the pay, from the nervously shaking hand pointing at the phone when they meet to the relaxed joy he feels when she’s next to him to the curt postures that he takes on after he finds out she’s pregnant, which telegraphs he’s in the same room with her but his mind and heart have long gone.

It’s an intensity of physical actions and movements that this production commendably uses to control the play’s lasting impressions. Most of the scenes themselves are played as as a static series of dialogues between two characters on the inclined stage, which stands in for a waiting room, a common area, or a bedroom. In between, however, Prologue and Epilogue move the prop boxes that form these spaces, sometimes in a feverish rush. It gives the play this feeling of constantly rearranging the deck chairs on a sinking ship—and that slowly dying vessel could be language, love, or most distressingly, life itself.