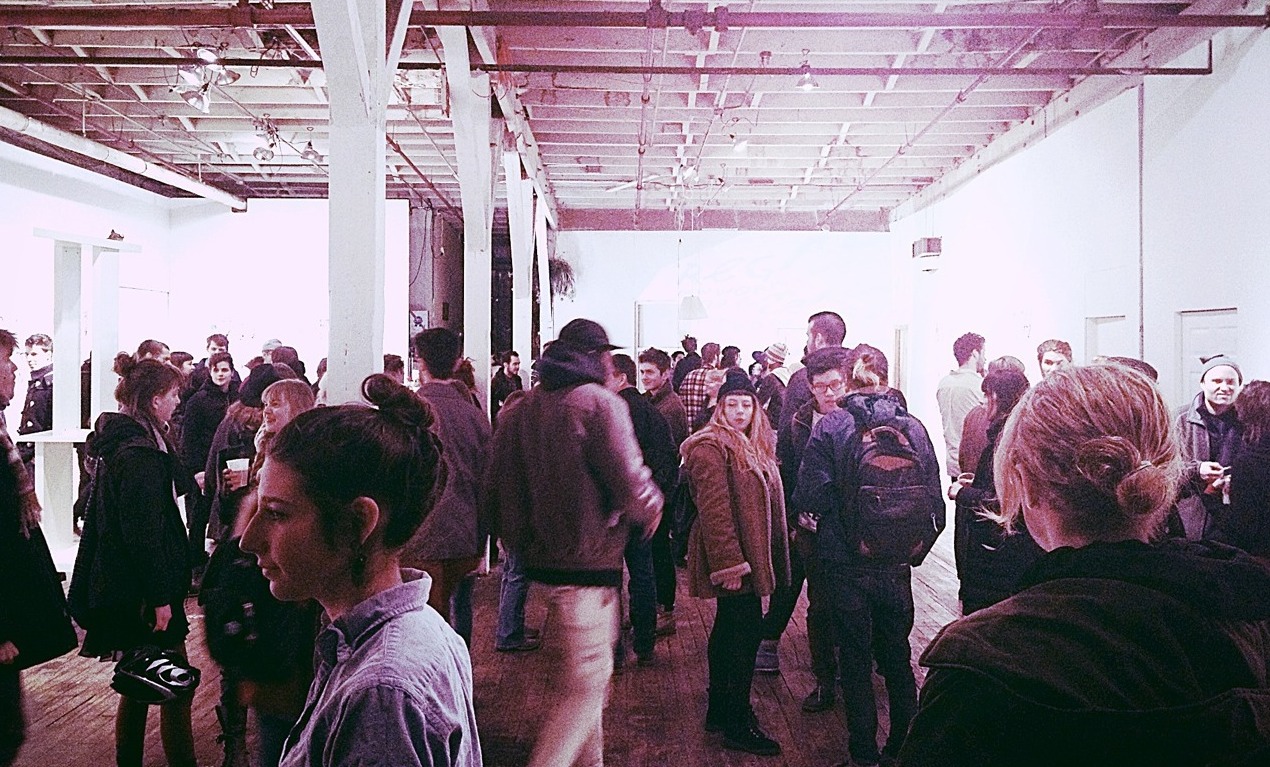 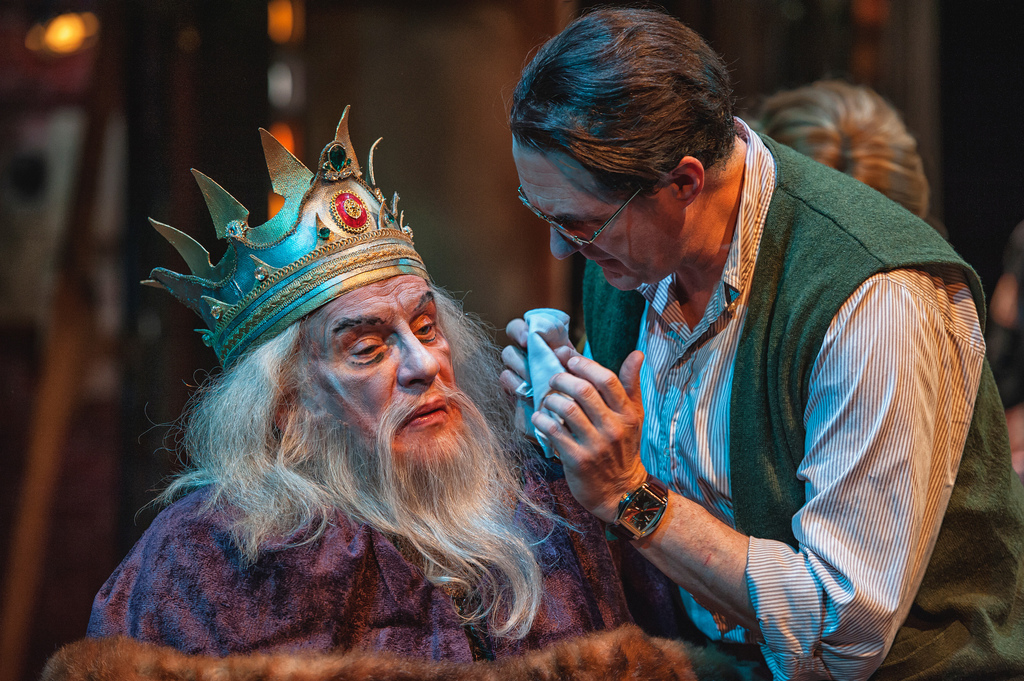 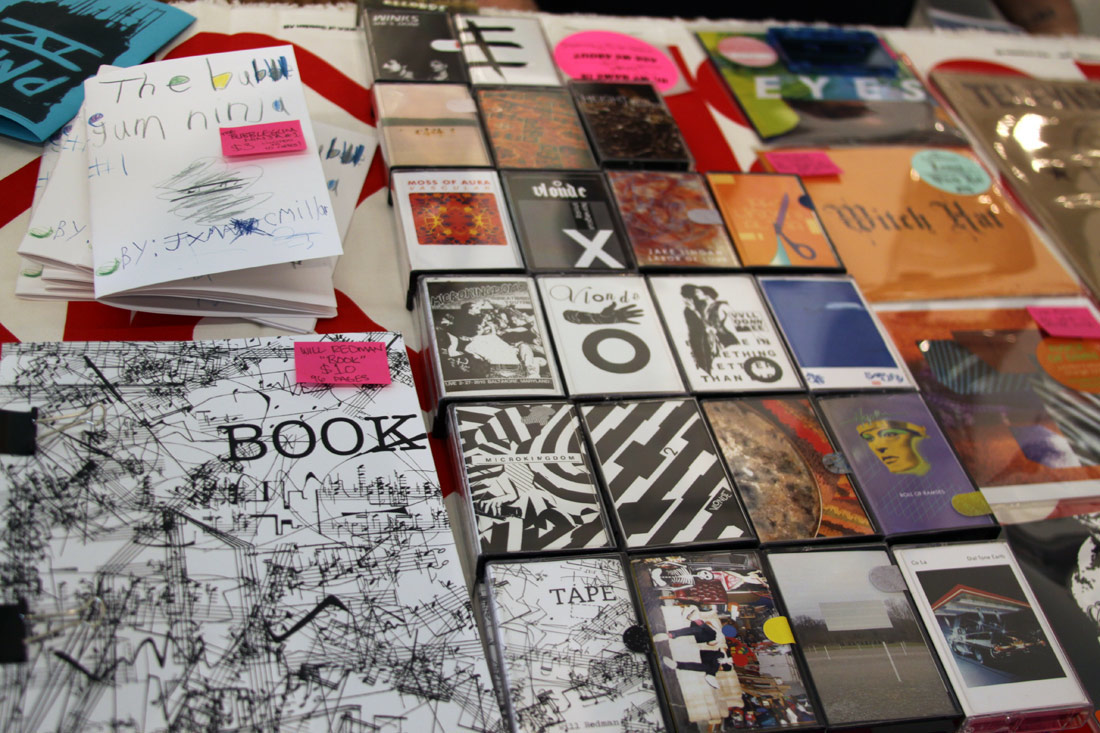 Open Space’s annual Prints and Multiples Fair, now in its fifth year, returns to Baltimore this Saturday and Sunday.

The fair brings together over 80 vendors, artists and independent publishers dedicated to the practice of serials, featuring zines, books, prints, limited edition sculptures, and more. PMF has become a staple for Baltimore every spring, a community weekend with a plethora of events, from the energy of the fair itself, to the coordinated gallery shows, lectures, readings, film screenings, music shows and dance parties. To help navigate the weekend, we talked to two of the fair’s organizers, Jasmine Sarp and Margo Malter about what they are excited about this year. We recommend visiting an ATM to pad your wallets for the affordable art (check out Alex’s review of available works here), and joining the festivities. The fair takes over the D Center (16 W North Ave), with additional programming located across the street at MICA’s Studio Center (131 W North Ave) and the Crown (1910 N Charles). Jen Coster: The whole weekend feels like a celebration of community. I think I read somewhere that last year there were 65 vendors at the new D center location and just a few satellite events, whereas this year there are over 80 vendors, and an explosion of related events. I was wondering if you could talk about how the fair has evolved, where it started, and how it has grown to collaborate with so many spaces in the city.

Jasmine Sarp: The first Publications and Multiples fair happened at our original location on Sisson Street, at the time our Fresh Prints show was up, and the fair featured 15 vendors, music performances, and a satellite opening at Nudashank. Since then the fair has continued to grow every year, and always kept that celebratory tone. I think the rate at which the fair continues to grow is connected to our personal growth as members of the community, as young professionals, and as artists and friends.

We see the weekend as an opportunity to celebrate the vibrant arts scene in Baltimore, so it only feels right to get everyone involved. At our first PMFV meeting, a few of us met with Tony White, the director of the Decker Library at MICA, and we just all got so pumped, we knew we wanted to push this year to make the fair this citywide blitz. I think people are really excited to get on board with it because the format is so accessible and social.

JC: Are there any projects that you are excited about being debuted this weekend? From the vendors or any of the programming?

Margo Malter: Last year Freak Flash was a surprising delight, we are excited to see what Molly Colleen O’Connell has in store for us this year with 2 Freak 2 Flash. While last year’s screening focused on animation this year’s selection will focus on performance and includes some big names like Dynasty Handbag. Molly was a founding member of Open Space and although she is no longer a “member” it’s great that she is still involved with programming. Also this year Open Space is debuting a virtual gallery project called Thumbs Up (created by Milton Melvin Croissant III) which will be only accessible on location at the D Center. Being without a space since the fire we had been playing with this concept as a temporary “location” for Open Space projects. There will also be a message board feature where you can leave comments which we are excited to see devolve into dick jokes. There’s always been note passing between vendors at the fair and this is going to take that to a whole new level.

JS: As far as vendors go, I’m excited to see new works from Swill Children, FamilyFamilyTree, Rock & Rose, Booklyn, and Rock Bottom. Also Lesser Gonzalez Alvarez – he’s been cranking out some slick looking goods lately. You guys had featured the privacy hand recently, we’re also excited for his Double Gulp 2014 edition. It’s a cement cast Double Gulp with a mahogany straw. His solo show at Open Space in 2012 featured an earlier edition that had red and green plastic straws. We sold one for him at the NYABF that year, and ran into the guy who had bought it later on the subway, carrying it in his hand. That was a memorable art sighting. Also looking forward to seeing new works from Megan Plunkett at sophiajacob, and new works from Sophia Belkin and Suzanna Zak in Find No Two Suns at Current Space, among other things.

JC: Can you talk about the selection process for the fair, what is the range of artists/spaces involved in the fair and what range of works will be on view?

JS: We put out an open call for vendors, and also reached out to individuals and groups we wanted to have involved as both vendors and lecturers. We received over a hundred vendor applications, which is more than we’ve ever received before. For the jurying process Open Space met as a group and reviewed the submitted works. The jurying process is pretty informal, and we like to have fun with it because getting together with the whole group to look at a bunch of art is a treat for us. At the same time, we appreciate professionalism in submissions.

We intentionally select a variety of media; there will be a lot of self-published books, zines, and comics, sculpture, photography, prints, clothing, ceramics, jewelry, music, and more. The additional spaces displaying work outside of the fair will have a wide variety of work as well, from sophiajacob, to Current, the ALLOVERSTREET events, to the public opening of the Alternative Press Center, and more, it’s hard to imagine the scope of all that will be on view! JC: How many people are coming from out of town to show their work and how do you think the fair has helped to create connections to other art communities?

JS/MM: About thirty-five vendors are coming from out of town, a lot from New York, but also some from LA, Detroit, Philly, Providence, Pittsburgh, DC and elsewhere. People who have come to Baltimore for the fair in the past always love it and it’s a great time to see all of the amazing artist-run spaces in the city. If anything, so far we’ve made a lot of friends in other cities though PMF. Developing a greater national dialogue with other artist-run spaces and projects is something we’ve been interested in for a while.

We did a gallery swap with The Joanna in Houston two years ago, and right now we are working with BOPA on an art fair for artist-run and nonprofit spaces which will take place this summer during Artscape. So far we’ve received applications from Philadelphia, New York and DC and we want that fair to function in a similar broad community building way. By continuing to work like this we hope to achieve more geographically varied cross pollination in future projects and curatorial efforts.

JC: Are there any events or programming that you would like to go into more detail about? What is the best way to navigate the weekend?

JS: I think the Pecha Kucha: Selector Series is going to be great. The pecha kucha format is really dynamic because it forces presenters to be concise (each person gets 5 minutes to talk with 15 slides total), and the viewer gets to hear from lots of speakers with unique perspectives.

We’ll have programs at the fair with all programming and satellite events we connected with, so definitely pick up one of those for reference! There will also be satellite events on Friday before the fair itself starts on Saturday, so don’t miss out on those either. Also check our website and facebook page for updates.