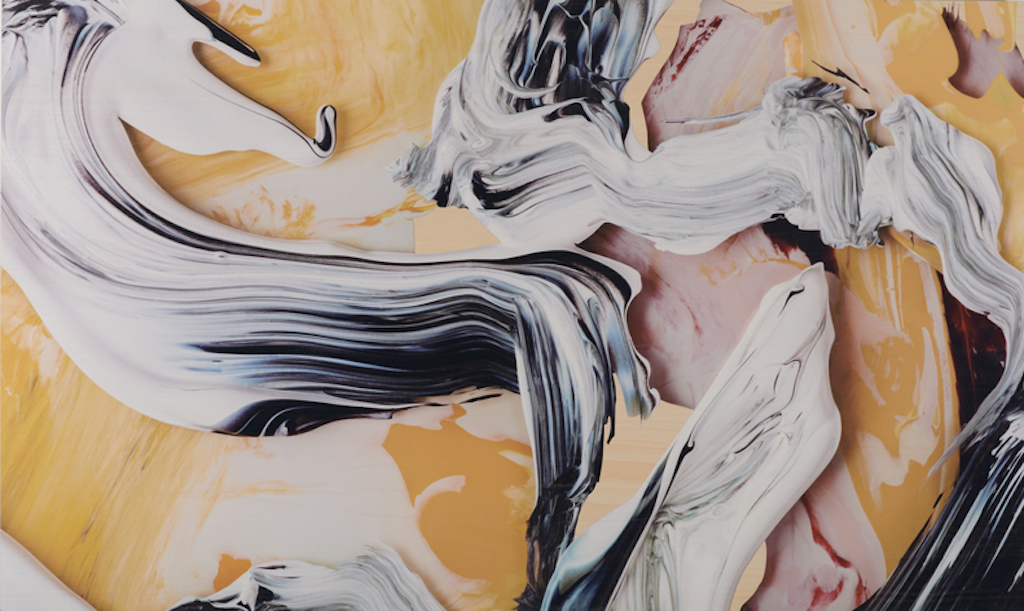 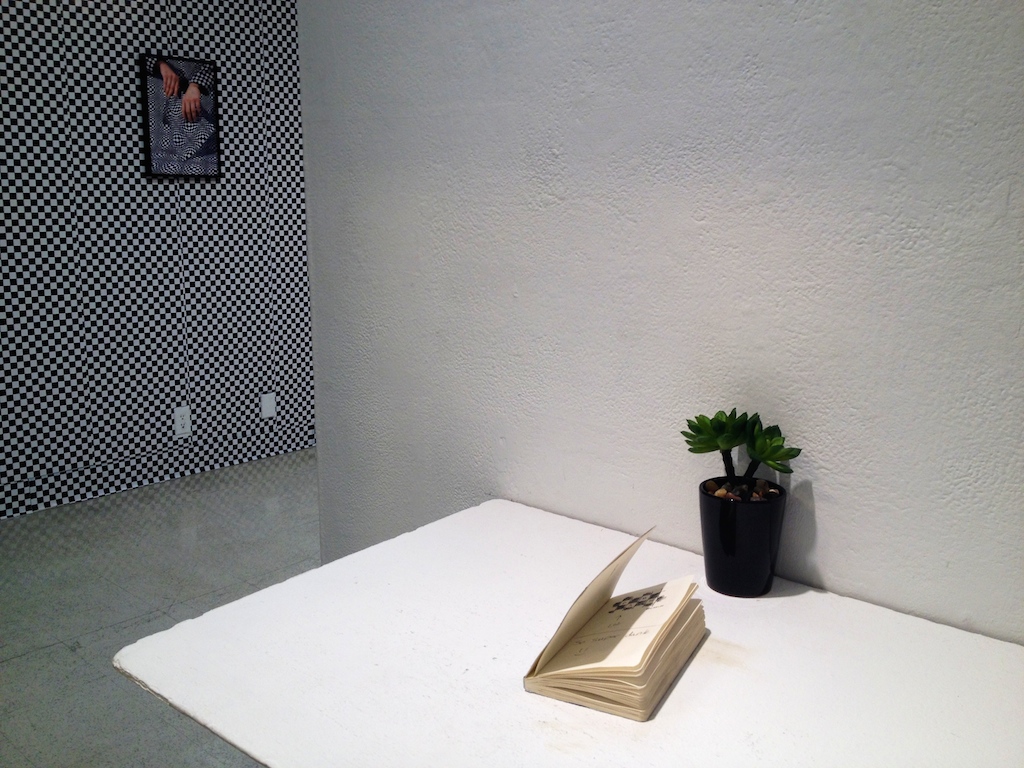 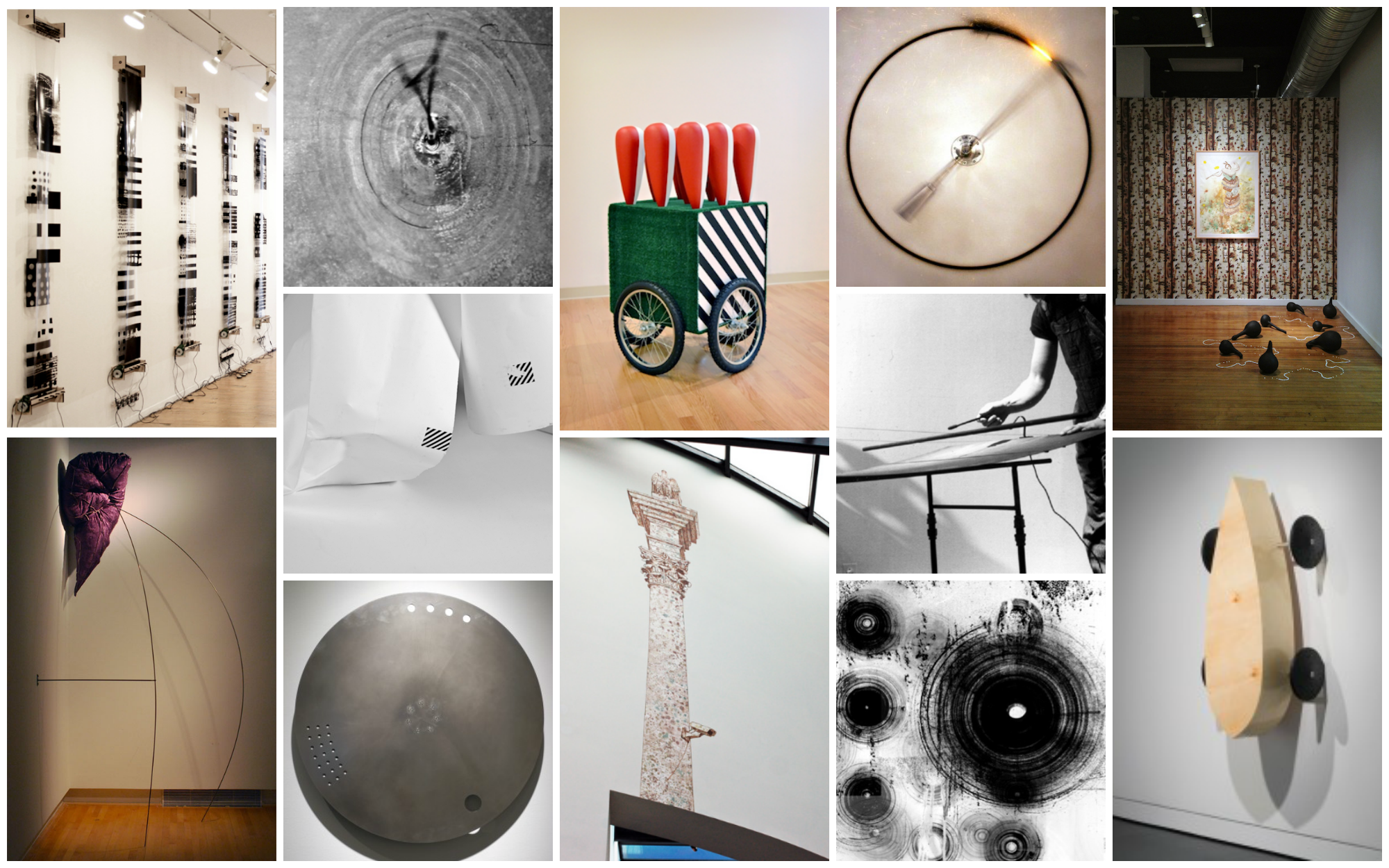 The Baltimore Office of Promotion & The Arts, Inc. (BOPA) is proud to announce the ninth edition of the Janet & Walter Sondheim Prize. The prize will award a $25,000 fellowship to a visual artist or visual artist collaborators living and working in the Baltimore region. The seven finalists selected – Lauren Adams, Kyle Bauer, Shannon Collis, Marley Dawson, Neil Feather, Kyle Tata, and Stewart Watson – will be exhibited in the Special Exhibition Gallery at The Walters Art Museum. Additionally, an exhibition of the semi-finalists’ work will be shown in the Decker, Meyerhoff and Pinkard galleries of MICA during the Artscape weekend (July 18-20, 2014).

Congratulations to all seven of the 2014 Finalists! Adams has exhibited at the North Carolina Museum of Art (Raleigh), the Mint Museum of Craft and Design (Charlotte, NC), the Warhol Museum (Pittsburgh, Pennsylvania), an ex-Turkish bathhouse in Belgrade, Serbia, Nymans House National Trust (England), Royal NoneSuch Gallery (Oakland, CA), The Mattress Factory (Pittsburgh, PA), Contemporary Art Museum St. Louis (including EXPO Chicago), and CUE Art Foundation (New York). She attended the Skowhegan School of Painting and Sculpture, held a residency at Jentel in Wyoming, and recently completed a residency at the Cite in Paris, France, July and August 2010. She is the recipient of the Joan Mitchell Foundation MFA Award.

Current projects involve Elizabethan colonialism, Croatoan indians, and the legend of the Lost Colony. This recent work has been exhibited at the Luminary Center for the Arts (St. Louis, MO), Conner Contemporary (Washington, DC), the Southeastern Center for Contemporary Arts (North Carolina), and upcoming projects in the UK in 2012. Kyle is a native of Southern Illinois. He graduated in 2007 with a BFA in Sculpture from University of Illinois at Urbana-Champaign and in 2011 with an MFA in Ceramics from Louisiana State University. Kyle’s work is an exploration of both traditional and alternative ceramic processes that are realized within the context of mixed media sculpture. In August of 2011, Kyle moved to Baltimore to become an Artist in Residence at Baltimore Clayworks. He currently teaches classes covering a range of ceramic processes, while maintaining his studio practice and an active national exhibition record.

In 2013, Kyle’s mixed media sculptures and installations are to be featured in four solo exhibitions in the Metro Baltimore/Washington D.C area and 7 group exhibitions, most notably an exhibition in Galway Ireland at The Shed. Kyle was also invited to present at MAP Gallery’s THIRTY speaker series.  This program brings attention to emerging artists in Baltimore City through a series of monthly talks featuring thirty artists under the age of thirty. Shannon Collis is a Canadian artist currently residing in Baltimore, MD. A graduate of the Master of Fine Arts program at the University of Alberta, Edmonton, Collis is also completing research at Concordia University in Montreal in the area of Digital Media and Computation Arts. Currently, she is an Assistant Professor of Art at the University of Maryland, where she teaches Digital Foundations and Print Media. Her studio practice focuses on creating installations and interactive environments that explore various ways in which digital technologies can transform our perception of audio and visual stimuli. Her work has been exhibited across North America as well as in Europe, Asia and Australia. Australian artist Marley Dawson approaches the studio environment as a test laboratory, and the gallery or public space inevitably turns into a hall of wonders for experimental objects. He is attracted to materials and processes with veiled significances that suggest the possibility of interaction, i.e miniature rockets created with the same ballistics technology used in weapons manufacturing, and aerodynamic, turned wooden objects made from rock maple baseball bat blanks.

* See more of Marley’s work at the Hemphill Gallery website. Sound Mechanic Neil Feather has been creating radical and unusual musical instruments for forty-two years, and is increasingly known outside of Baltimore as one of the most original musical thinkers of his day. His instruments each embody uniquely clever acoustic and engineering principles, and are visually arresting. The music he plays on the instruments is equally original, embodying new principles and resulting in a nearly alien idiom of music. A founding member of THUS and THE OFFICIAL PROJECT, MUGWUMP, ELEPHANTITANS as well as the leader of AEROTRAIN, he has a long history of collaborative projects and solo concerts. He is included in the NEW GROVE DICTIONARY OF MUSICAL INSTRUMENTS.

When he was a young teen in western Pennsylvania, Feather discovered the music of John Cage, Harry Partch and Captain Beefheart. He immediately began to invent new musical instruments. Feather pursued a BFA and MFA from Penn State University and the University of Montana, respectively. His concentration in school was ceramics but the fascination for sound and music lead the work to other materials and contexts although the utilitarian ethos of ceramics remained intact.

Neil Feather has taught a sound sculpture course at the Maryland Institute College of Art in Baltimore MD. He has created exhibits for Port Discovery, Baltimores Childrens Museum and many other museums. He works as a Hearing Care Professional. Kyle Tata (b. 1990) is a Baltimore based artist and recent BFA graduate from the Maryland Institute College of Art. His work addresses history, urbanism, and architecture through photography, artist books, and other printed matter. Tata has also written for numerous art blogs including Humble Arts Foundation in New York. His work has been featured at galleries and institutions such as the Baltimore Museum of Art, Maryland Art Place, The Light Gallery (MD), the George Segal Gallery at Mont Clair University, The D-Center (MD), Petrella’s Imports (NYC) and a forthcoming exhibition at the International Print Center of New York. Tata is currently on the faculty at Baltimore School for the Arts. Watson received her BFA from The Pennsylvania State University in 1991, and her MFA from The University of Maryland in May 2010. Watson’s work has been featured recently in solo exhibitions at The Contemporary Museum, McDaniel College, and Delicious Spectacle in Washington, DC, and in scores of curated and juried exhibitions throughout the U.S. Including WPA Options Biennial 2011, ArtMD 2010, The Sondheim SemiFinal Exhibition 2013. She has just been chosen by Mera Rubell to be in the WPA’s Select exhibition in March 2014. Reviews of her work have been published in The Washington Post, The Baltimore Sun, HaHa Magazine, Artful Life Blog, Washington CityPaper, New Art Examiner, and as a featured artist on MPT’s Artworks This Week.

Watson has received Individual Artist Grants from Maryland State Arts council in 2011 and 2007, and 2001. She was the winner of the 2010 Sadat Art for Peace Prize. She has been a Finalist and Semifinalist for the Trawick Prize. Watson is currently an Awesome Baltimore Trustee. In 2012, she received 2 SNOSCARS for her work in Station North Arts & Entertainment District. Along with creating her own work, she is an adjunct professor, a curator, a founder of and Executive Director for Area 405 exhibition space since 2003. She and her partners created from the ground up a community that is Oliver Street Studios – where 35 artists have studio space and she runs. Watson lives and works in the Station North Arts & Entertainment District with her talented artist husband, James Vose, Great Danes Ada & Nigel, a cat named Elmer, and 5 year old son, Pulman.