Tulsa, Teenage Lust, and the Domestication of the [...] 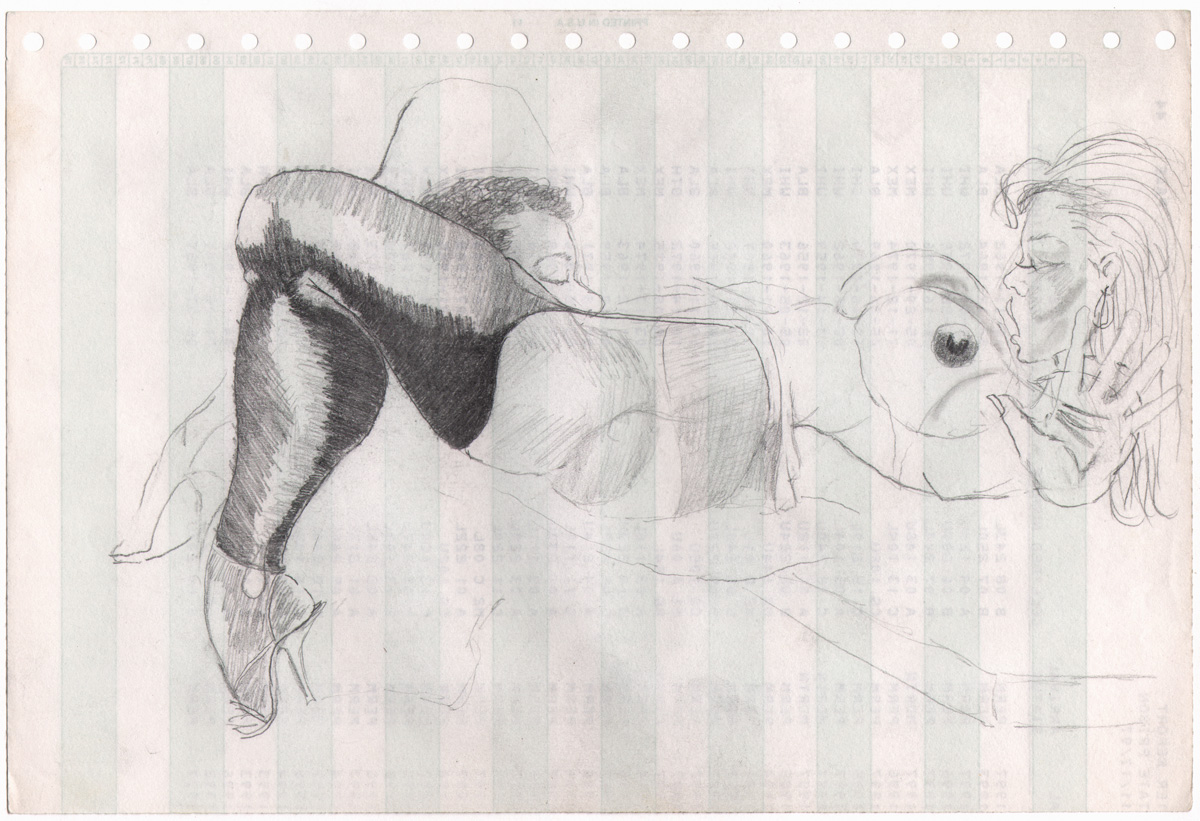 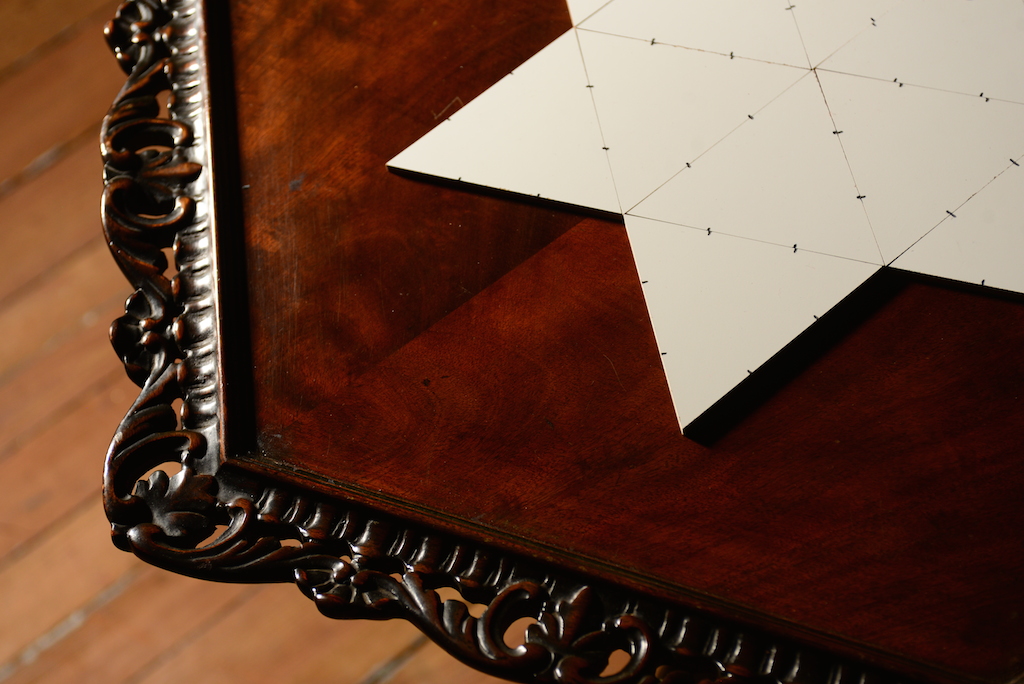 In less than two weeks, magician and storyteller David London will premiere his first original solo production in over five years. The Creative Spirit Séance promises an intimate, fully interactive experience that explores various ways in which human beings communicate with the unseen world.

Presented for just 12 participants per seating, the séance is both a departure as well as a continuation from David’s other productions. I sat down with David to learn more about this exciting and mysterious event coming to Baltimore.

BmoreArt: What can audiences expect from the Creative Spirit Séance?

David London: Audiences can expect to become co-creators of a collective experience.  The séance combines performance, ritual, creative play, storytelling, illusion, psychology and philosophy to examine the variety of ways in which humans begins communicate with the Creative Spirit and the unseen world. Audiences will play, think, engage, and hopefully experience things they have never experienced before, as we attempt to pull back the veil that separates this world from the other.

B: How did the séance come into existence?

DL: I have been dreaming about creating an original séance for over 15 years. There is something completely unique about a séance, which inherently awakens a sense of curiosity and mystery which is unlike any other type of performance I have encountered. Over those 15 years, in the back of my mind, I was looking for the right premise and the right spirit to make contact with. When the idea struck me to create a séance designed to summon the creative spirit, I knew I had found what I was looking for. I sat on the idea for a couple of years while I worked on other projects. Then, around 18 months ago, I decided to start the process of manifesting the dream.

From there, it has been a lot of research and work to develop the actual séance. There was also a lot of searching for the right pieces to create a cohesive aesthetic experience.

I have been working closely with artist Jeramie Bellmay, who has not only been a crucial collaborator, but has also overseen the entire aesthetic vision for the show. He has been hard at work designing and constructing most of the props, set and objects used in the séance.. In the past we have worked together to create Sensorium—an interactive dinner experience in DC, Sunday Circus, the Winter Festival of Wonders, the IMAGINE Device, the Scoposcope, and the Circus of Wonders. This project continues our shared vision to spread wonder, magic and play across the universe. B: You call yourself a magician. Is there much magic in the séance?

DL: Though I certainly consider myself to be a magician (and have done so since I was seven), I view the performance illusions as only one of the manifestations of my magic. As a magician, I believe it is my job to experience, explore, understand, create and facilitate as many forms of the many magics as possible. With everything I create, it is my desire for those who encounter my work to recognize the magic, mystery, infinite possibilities that surround us at all times. I am far more interested in people realizing their own powers and abilities, than having them appreciate my own.

There are a handful of illusions in the séance, but the show is filled with many other manifestations of magic as well.

B: How does the Creative Spirit Séance differ from some of your previous shows?

DL: I tend to make magic that is self-reflective. Magic that explores magic. My previous shows—Art of Dreams, The Adventure to the Imagi Nation, Cerebral Sorcery, and Magic Outside the Box— were all more traditional theatrical shows, but are all philosophically linked. The séance relates to these in the subjects it explores, but differs in the format. The Creative Spirit Séance is a much more intimate and interactive experience than the others.

Some of the pieces in the séance that revolve around the facilitation of actual creative acts, were certainly inspired by some of my non-theatrical creations. For a time, around 2008, I would go around to different events and facilitate the construction of Wonder Bread Sculptures. This forever changed my understanding of magic and creativity, as well as my role as a magician.

The experiments with Wonder Bread taught me the creative act could be a direct path to a magical experience.  This discovery sparked the creation of several other interactive installations, games, and eventually the séance. B: Your other shows seem to have a lot of comedy. Is this the case with the séance as well?

DL: The philosophical underpinnings of the séance explore the intersection of comedy, suspense, surrealism and creativity. I see these as four different manifestations of the same concept – when one reality unexpectedly bumps up against another reality. There are fewer “jokes” in the séance then in my other shows, but there is certainly humor.

B: You mention surrealism, and I know you have a long history exploring surrealism. Can you speak about this?

DL: I had always been familiar with surrealist artworks, but while I was in college, I discovered surrealism as a philosophy and way of life. I was living in Chicago at the time, which happened to be the home of the Surrealist Movement in the United States. The Chicago Surrealist group was founded by Franklin and Penelope Rosement in 1966, at the suggestion of Andre Breton, shortly before he died. I was fortunate to spend a good deal of time with Franklin before he passed away, and still remain in regular contact with Penelope. First and foremost, surrealism is a magical mindset which can be applied to all of reality, which strives for the merging of dream and reality. The lessons I learned from surrealism remain close to my heart, and are present in the séance.

B: When I hear the word séance, I imagine a group of people sitting around a table to communicate with spirits. Is this what will occur at your séance?

DL: The show is split into two parts. The first half involves more group ritual and creative games. For the second part of the séance, I had a 9 foot table constructed by my friends at Goatman Hollow Productions, which the 12 participants and myself will sit around and explore the history as well as various forms of communication with the spirit world at large.

After all, isn’t it possible that the Creative Spirit lives among the other spirits?

DL: Yes. I also wanted to mention that the soundtrack for the séance has been created by A Path Untold, the solo electronic music project of producer Daniel Merrill. Dan is one half of the genre-crossing electronic music duo known as Aligning Minds. He was the perfect fit to create to sound for the show, as his music defies genres categorization captivates the imagination and heart, which I hope the séance as a whole will do as well.

The Creative Spirit Séance runs August 14-24, with seating’s at various times Thursday – Sunday. This world premiere event will take place at Church and Company at 37th and Falls Road in Hamden. Creative attire is strongly encouraged!