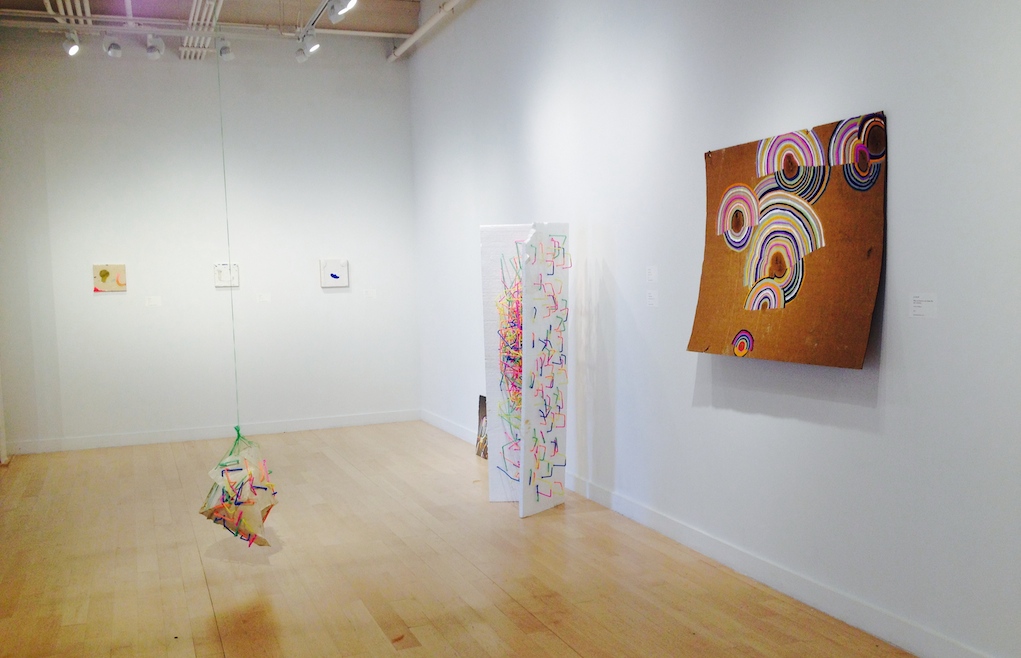 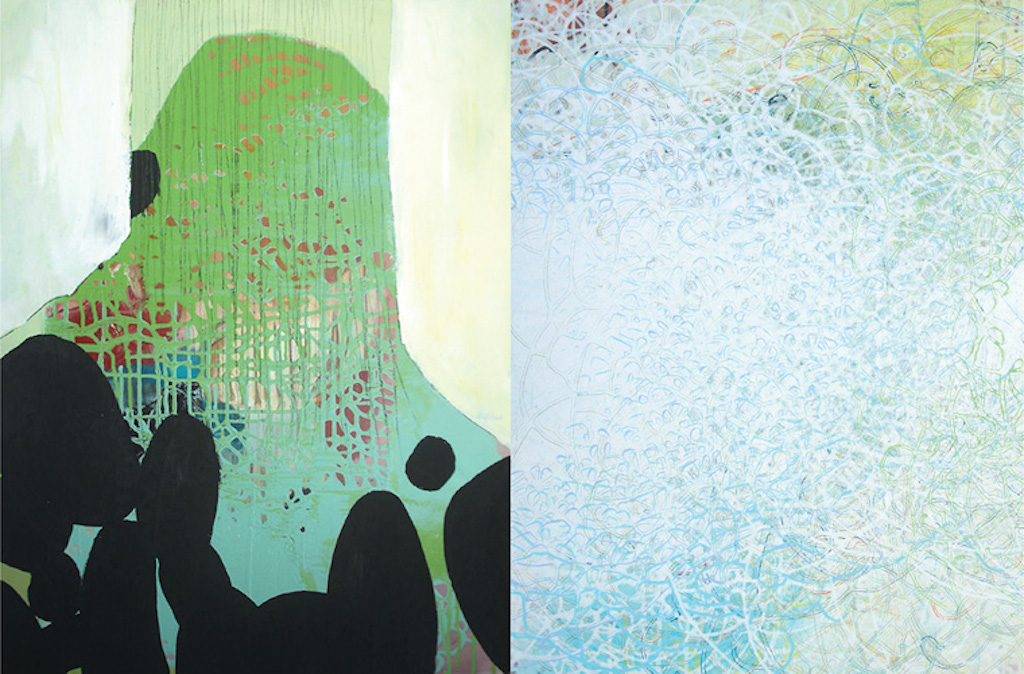 Action Painting is Alive and Well in Baltimore 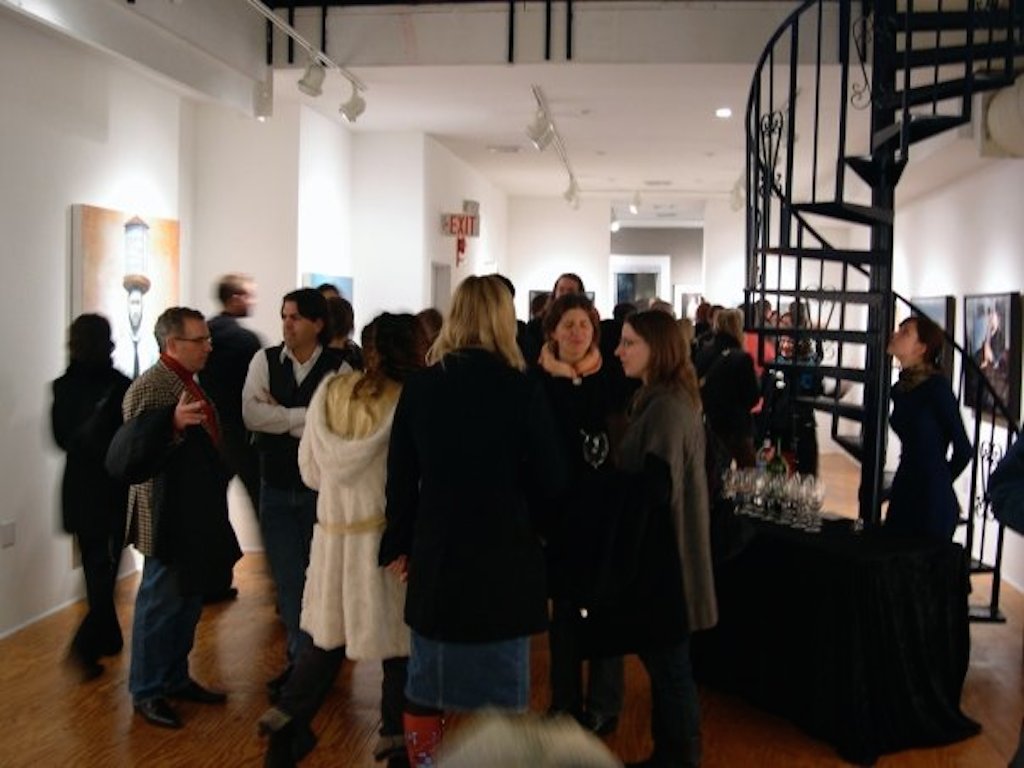 As reported in the Washington Post last week, RandallScottProjects is coming to Baltimore this fall. The eponymous gallery will relocate from Washington, DC to Baltimore’s North Howard Street Antique District, an area on the cusp of Mt. Vernon and the Bromo District where a number of commercial art and antiques galleries have historically operated. It’s near the light rail, MICA, and lots of theaters and Scott is enthusiastic to interact with Baltimore’s art community.

“I can’t be more excited to venture into Baltimore,” says the gallerist. “There is such a wonderful vibe coming from the city, it reminds me of LA and NY in the early 90’s. Artists are experimenting with new possibilities and taking it upon themselves to create their own opportunities. That’s vibrant and is what attracts people to come here. ”

After working as an LA art dealer in the early 1990’s, Scott founded a fine art gallery in Washington, DC in 2006. The Logan Circle space exhibited artists from across the country and included bigger names in photography like Julia Fullerton-Batten, Chris Anthony and Lori Nix. Along with big names, Scott exhibited emerging artists, including (full disclosure) my own work in two solo shows, several group exhibitions, and a number of art fairs. Besides myself, Scott has exhibited works by Baltimore artists Lu Zhang, Katherine Mann, Amy Sherald, Elena Volkova, Seth Adelsberger, and René Treviño, to name a few. At this point, Scott’s interest has turned to painting and he has added a number of painters and mixed media artists to his roster in the past two years.

From my perspective as an artist, Scott has been a savvy salesperson, willing to go to great lengths to place art in collections, which can be highly valuable to an artist. In addition, he has been supportive of the creative risks artists take, even when navigating away from bodies of ‘marketable work,’ trusting the artist to know what they need.

In 2009, he let me paint his gallery wall black with grainy metallic paint. The goal was to use tiny, strong magnets to hang hundreds of small drawings on the wall that would stick to the paint. It took several coats of white paint to cover the black to make the gallery look normal again, and after we did (I’m pretty sure he did most of the painting) the drawings didn’t stick! I was beside myself because the centerpiece of my show was falling off the fall, but Randall came up with an elegant solution: we put a small piece of painter’s tape on the back of each drawing and the grid held up. Voila! Many years later, I think there would be very few gallerists who would let an artist make such a mess, and even less who would have been so cheerful about helping to clean it up.

After three years in DC at the Logan Circle space, Scott jumped on the opportunity for a gallery in New York. RandallScottProjects opened on Front Street in Brooklyn, just across the bridge from Manhattan, and operated in a professional building filled with art galleries for close to two years, but high rent and the DC-NY commute (his family lives in Gaithersburg) became too much.

Scott came back to DC in 2011 and did a few roving projects, and eventually settled in the Atlas/H Street NE District near ConnerSmith and G Fine Art. Although says he was happy with the quality of the space and the new artists he began working with, most of his sales came from art fairs and long standing clients who live outside the district. It seemed almost irrelevant where his gallery was housed, although he felt strongly that artists need a physical space to realize their visions and to connect with their audience. As a result, Scott began to look at Baltimore.

“While traditional galleries are not on the way out, new models of business are arising,” Scott says. “My gallery has always been a little transient, the constants being the artists and the program. In every location the gallery has grown in some way and Baltimore has a lot to teach and offer. I hope that what I bring to the city, in terms of my exhibitions can in turn give something back in the process.”

He looked at almost every neighborhood in Baltimore and a number of different locations, but has settled on a West Read Street storefront that needs some renovation. The ground floor property is roughly three times the size of his current second floor space in DC, and he is looking forward to using the space for more ambitious exhibits.

“Each new space is a challenge and a clean slate. The DC/H Street location was a beautifully intimate space, but I could not show larger pieces and some of the artists I work with are moving in larger directions. While the Baltimore space is not cavernous, it will show well and W. Read street has a wonderful pedestrian feel,” Scott says.

“In scouting locations in Baltimore I found so many places that all had their own life. You can visualize what possibilities could happen. In the end, I want to expand the gallery’s vision in the coming years to take advantage of additional space, one thing the artists I work with need.”

After so much roving in the past decade, it will be interesting to see if Scott puts down longterm roots in Baltimore. The art community here could certainly benefit from another commercial space in town, and local collectors should be pleased to have another option to select mid-career and emerging art.