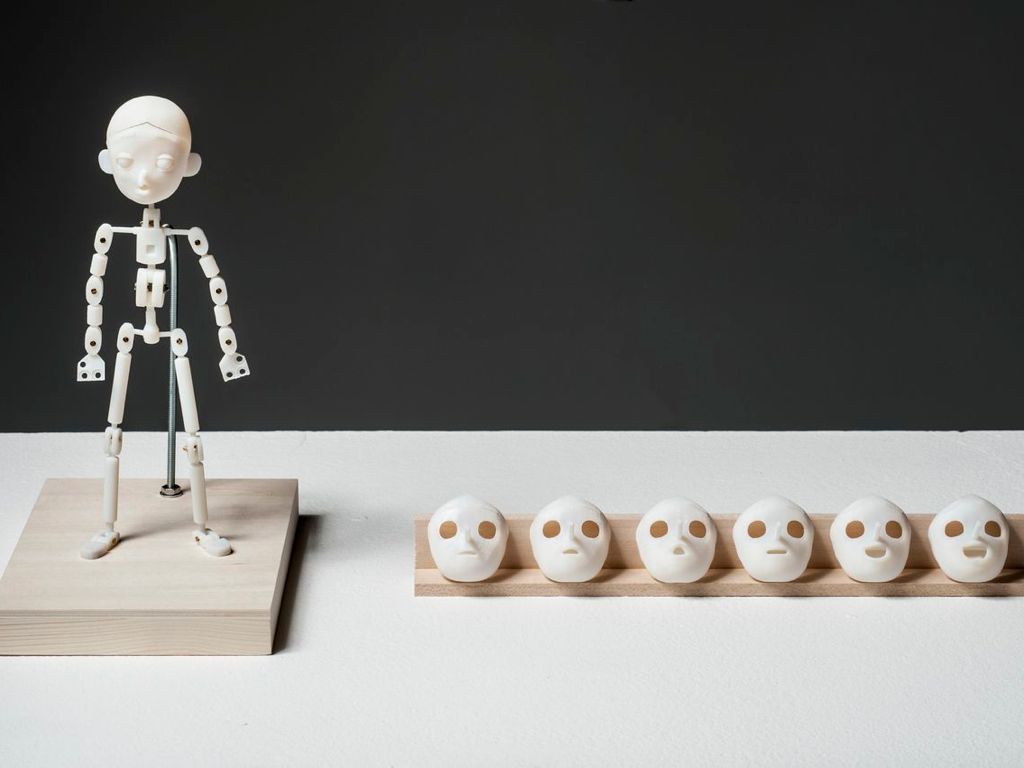 Making Sense of Daily Life: Materials vs. Time an [...] 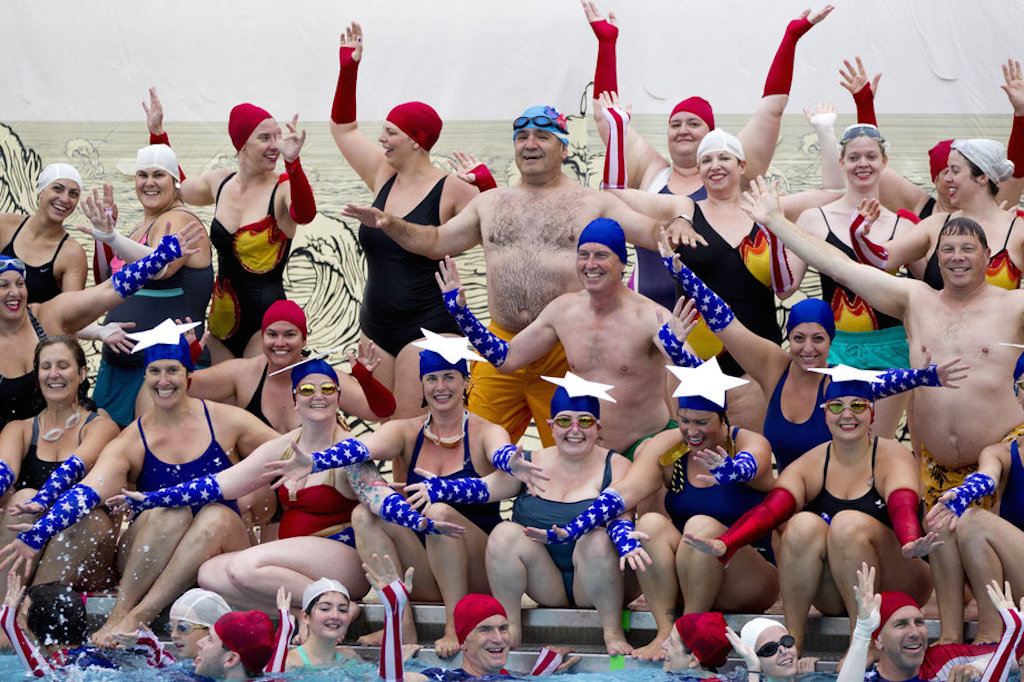 James Madison was the President of the United States when The War of 1812 broke out near Ft. McHenry. The battle, which led to the writing of our national anthem, is the subject of the fifteenth annual Fluid Movement water ballet, which opened last weekend at Druid Hill Park Pool.

Madison’s wife, Dolley, was known for her superior social skills and her talent for entertaining back in the day, but she was not quite sparkly enough for a leading role in Star Spangled Swimmer, Fluid Movement’s glittery rendition of Baltimore’s famous smackdown of the British. The production team felt that another Dolly would be a better fit for the campy troupe of performers whose motto is, “You can never have too much glitter.” As such, they replaced Dolley Madison’s character with not one, but ten, Dolly Partons who shimmied their way on to the deck of the pool to present the great battle Baltimore-style. Big hair, big laughs, bright costumes and synchronized swimming drew a crowd of more than 300 people who sat in bleachers around the diving pool to watch the performers tell the epic tale. Those who couldn’t get a ticket sat on the hill outside of the pool grounds and watched through the fence as the cannonballs of war, which cooled the heels of the British, were replaced by human cannonballs into the pool which splashed those lucky enough to be seated in the front rows.

The show began with a classic Greek-style chorus sung by the Dan Meyer Choir. The songs, specially written by Meyer for this event, offer an amusing summary of historic background and popular lore. For example, Baltimore Schoolboy tells the tale of John Payne, Dolley Madison’s son from a previous marriage, a ne’re-do-well who, according to the song, was a product of “blind parental love and a Baltimore education.” Other songs, including  My Town, Mobtown, A song about Mary Pickersgill, and Teenagers with Guns are equally funny. Mary Pickersgill, a fictional Baltimore school teacher played by April Pink, attempts to educate her students, played by Elena Reeser and Nia Jarrett, about the war. Pink also assumes the historical character of Mary Pickersgill, the seamstress who is thought to have sewn the Star Spangled Banner.

It is important to acknowledge that the credit for sewing the flag has been attributed to Pickersgill, but that there was another woman who contributed as much, if not more, to the making of the flag. That woman was an African-American indentured servant named Grace Wisher. Fluid Movement, a troupe based on inclusion, was not about to leave Grace out of the story line, so they stepped away from their campy playfulness for a moment to honor Grace and her contribution. The moment was awkward and self-conscious in comparison to the rest of the performance; true to form, Fluid Movement made a joke out of the awkwardness and then got back to the business of being bawdy.

This year’s water balled included seven scenes played by at least 80 performers. Each scene was inspired by a different character of the war: swingin’ seamstresses, militia men, newsies, mobsters, and more danced, dove and swam their parts of history. The water-proof costumes, designed and sewn by co-founder Valarie Perez-Schere and her many assistants, were brilliant. The sound design provided a backdrop that was as funny at times as the script was. There was even a scene supported by Baltimore native Frank Zappa’s song, “I don’t want to get drafted.” British Major General Robert Ross, played by Kevin Griffen Moreno, is noted to have said before the great battle began, “Tonight I dine in Baltimore or I dine in hell.” This inspired the scene, Dining in Hell, played by the children in the troupe, three of which have been a part of Fluid Movement since they were in utero.

At one point, all 80 performers were in the pool swimming to the 1812 Overture, a feat as remarkable, probably as difficult, and certainly almost as spectacular as Baltimore defeating the British was. There were moments that were poignant, too. When the specially sewn flag was draped across the pool and the National Anthem was played the audience rose to their feet in a show of patriotism. During the finale, directed by Joe Meduza, another flag was formed in the pool. This flag was made with swimmers in red white and blue bathing suits and with stars on their swim caps.

The culminating result was a spectacle of color, and fun that dazzled the eye and entertained in every possible way.