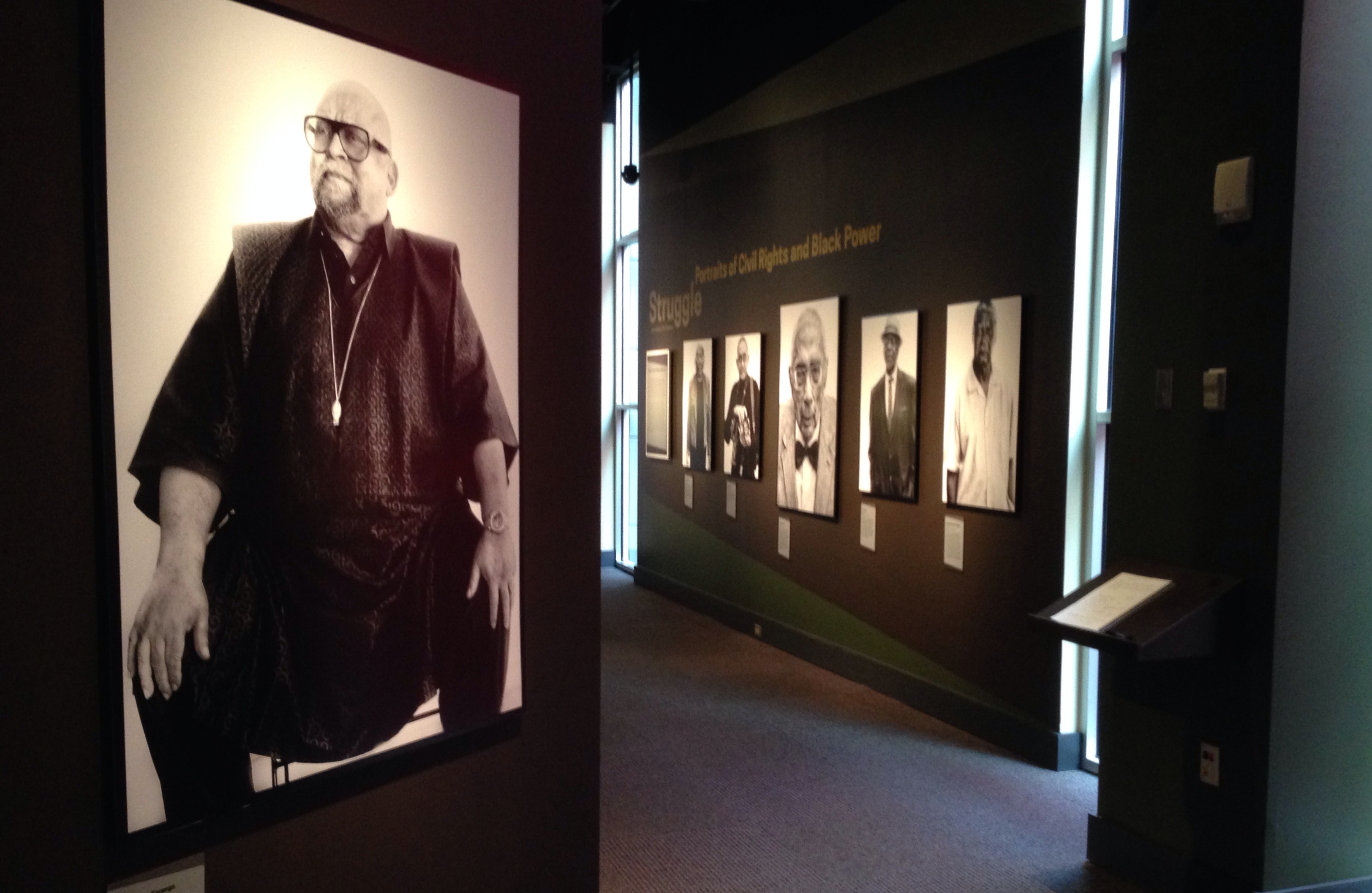 If you head down to the Baltimore Rock Opera Society’sThe Electric Pharaoh expecting an over-cranked dose of WTF? because the title feels like it should’ve been the name of a live cut from any 1970s Miles Davis concert, you won’t be disappointed. As written by Chuck Green, directed by Mason Ross, and set designed by Douglas Johnson and costumes/props created/conceived by a small squadron of this production’s huge army (including light-up costumes and 3D computer animations), Pharaoh is a mash note to the heady science-fiction that’s come out from the 1960s on, worlds created by swirling together the post-apocalyptic with the imaginative, the historical, and the political to yield a speculative place where today’s anxieties play out in metaphorical realms.

In Green’s city of New Memphis, dependent on volts for its ongoing existence, society is divided into the have-nothing dimmers and the have-everything luxies; all are governed by-qua-worship the mystical pharaoh (Amanda J. Rife), who lords over the city with ritualistic displays of pomp and nonsense. This class struggle plays out in trio of friends—the gifted Chenzira (Jon Dallas) and revolutionary Tariq (Corey Hennessey), both dimmers, and luxie Amunet (powerhouse Danielle Robinette)—who, when confronted with the pharaoh’s cruel display of power, decide they have to act or remain forever enslaved. The whole nearly two and a half hour production feels like it’s aiming for the Alejandro Jodorosky levels of batshittery. That it doesn’t quite get there isn’t a knock, merely an awareness that few humans do.

This story and world represents the BROS returning to its sweet spot after last year’s Murdercastle, still the most impressive production the company has ever achieved. Pharoah is a genre exercise that knowingly winks at or outright alludes to decades of sci-fi novels, short stories, and movies realized with BROS fearlessly bulletproof sincerity—that it opens like a sci-fi movie epic with nearly 20 minutes of spectacle that borders on the incoherently grandiose is a great touch. It settles into a groove once the songs with vocals start coming.

The music, credited to Stephen Frank and Erica Patoka and performed by this production’s house band, Leo and the Sky Leopards, hears this world as a mix of new-wave electronics and Queen-like verve, and in Hennessey (who plays Tariq with a touch of Kings of the Wild Frontier-era Adam Ant queer impishness), Robinette (from the moment she begins “Puzzle in Time” the entire production establishes a firmer confidence), and Eric Poch (whose pharaoh henchman Esper is silver-movie-villain fiendish), Pharaoh has performers who go-to-eleven as effortlessly as this entire ambitious production, which was realized by more than 100 local artists.

Even so, sci-fi is safe territory for the company, and consider this review one vote that as much as I hope BROS never abandons its awesome face-melting rockness I also it also it won’t shy away for pushing itself outside that comfort zone. Because as fun and amazing a spectacle the company produces when taking a huge swing at something right in its wheelhouse—and, seriously, Pharaoh is epic in every sense of the word—when it brings all that unfettered energy to subject matter, time periods, and storylines that don’t seem like something it would normally do, it doesn’t just score big. It charges right through the sublime with the ferocity of a thousands lions.

The final two Baltimore performances of The Electric Pharaoh are sold out; the production travels to Washington, D.C. Oct. 31, and Nov. 1 and 2 and then Philadelphia Nov. 14-16.

A different kind of WTF? is going down over at the EMP Collective, where Evan Mortiz is directing contemporary playwright Sibyl Kempson’s 2008 play Potatoes of August. The play is a metaphysical digression that takes a B-movie conceit into the ineffable: three potatoes (in this case, Sarah Jacklin, Connor Kizer, and V. Lee, wearing beige jumpsuits augmented to make them look like spuds left alone long enough to start sprouting) become sentient and speak in the logorrheic rationality of logic proofs.

Confronting this inexplicability are a pair of retired couples, Vietnam vet Buck (Reuben Kroiz) and his borderline hysterical wife Fern (the hilarious Amelia G. Carroll), and the so reasonable he’s a relativist Gordon (Kelvin Pittman) and his wife Bethy (Mattie Rogers Kroiz), whose attempts to make sense of the potatoes pushes her into the reactionary. For some reason, they’re all dressed in what we imagine medieval garb to be. They play is a series of conversations between the characters and quasi-philosophical declarations made in unison by the potatoes. By the time the play establishes its rhythms it can feel like you’ve wandered into a book club at Pee-Wee’s Playhouse, the books for the day are Johannes Kepler’s The Harmonies of the World and Douglas Hofstadter’s Godel, Escher, Bach, and they’re being discussed by extras from the first season of The Black Adder.

With its fantastical but minimalist set design, its performers bouncing through emotional registers, intentionally awkward moments, at-times overlapping dialog to create confused fugue states, and the overall immersive absurdity of the entire production, Kempson’s Potatoes feels informed by Richard Foreman’s Ontological-Hysterical Theater, particularly his Rhoda in Potatoland. What’s constantly pricking through the surface of our consciousness is less the explicit content of the play than the effort to make sense of what’s being presented to us, a theatrical language that intentionally tries to defy conforming to conventional continuity.

This production, quite impressively, very often succeeds in making jarring transitions, peculiar stage blocking decisions, and narrative throughlines that aren’t so much nonsensical as much as they defy efforts to package them into digestible meanings—and when they are those meaning typical resort to abstract philosophical hogwash. Put a few scenes of dialog together in a row and we, as humans, are going to make a story out of it. Doing that to yield a story that refuses to be nail down and floats in the uncanny isn’t easy, and Moritz and EMP have done just that.

For tickets to The Potatoes of August last two nights click here.