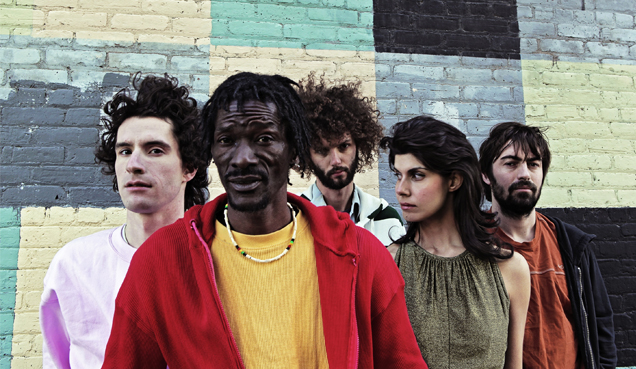 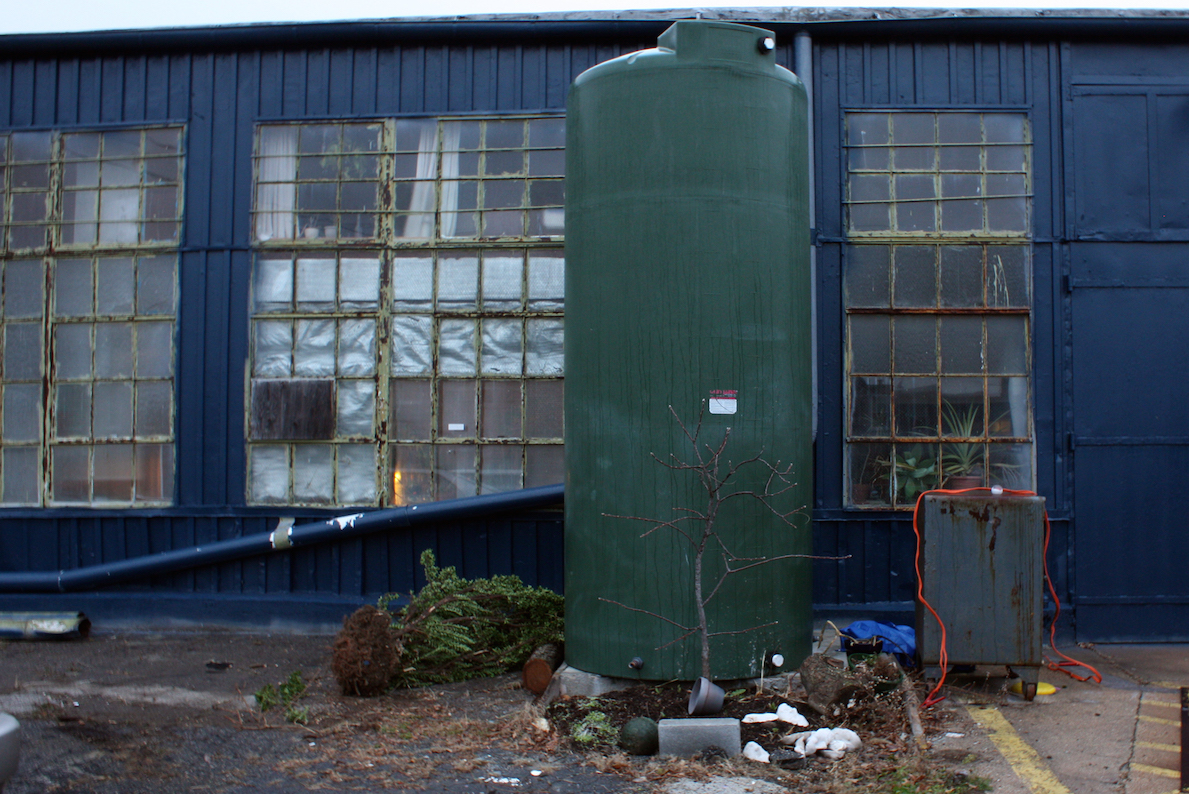 The Artist is Presence 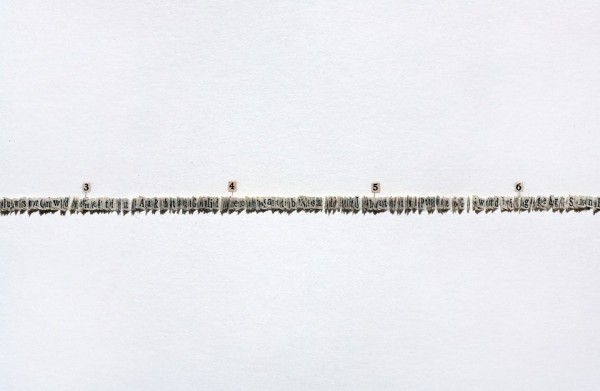 In Meg Hitchcock’s text drawings she examines and dissects the word of God. Hitchcock deconstructs a sacred text by cutting its individual letters, and reassemble them to form a passage from another holy book. The Koran is transformed into the Bible, the Bible into the Bhagavad Gita, and so on. She discourages a literal reading of the text by eliminating punctuation and spacing; a sentence from one text sometimes merges with a passage from another. By bringing together the sacred writings of diverse religions, she undermines their authority and speaks to the common thread that weaves through all scripture.

Meg Hitchcock lives and works in Brooklyn, New York. She received her BFA in painting from the San Francisco Art Institute, and studied classical painting in Florence, Italy. Her work with sacred texts is a culmination of her lifelong interest in religion, literature, and psychology. She has shown her work in New York, San Francisco, Chicago, London, Berlin, and Australia. Hitchcock’s work has been reviewed in Art in America, ArtCritical, The New Criterion, Huffington Post and The Daily Beast. Her work will be featured in Bibliothecaphilia, a group exhibition opening in January at Mass MOCA in Boston.

Timothy Horjus is a Baltimore-based painter. He received his MFA from UMCP in 2010 and has exhibited extensively in the area. Is Anything Yet? New Work by Jen Frost Smith, Madeleine Cutrona, and Thomas Brown

Coming of age in a fragile economy, young artists face challenges today unknown to previous generations. Over-educated, highly specialized, yet often under-qualified for the low wage jobs readily available to creative professionals in a sluggish economy, creatives today balance precariously upon the changing landscape of hyperconnectivity. Is Anything Yet? showcases the new work of Jen Frost Smith, Madeleine Cutrona and Tom Brown. Through installation, performance and painting they create a world of anxious pleasure and pressure, investigating ideas of labor, meaningfulness, education and the push for success. Resolution refers to measurement, commitment, and a workable finality such as the completion of a work of art. Resolution can reference the sharpness of computer-generated imagery or a new life decision. It is a word of multiple meanings and interpretations – a representation for meaning and a gateway to acceptance as we start a new year. Literally defining the way we see, resolution in the case of this exhibition is a concept uniting the representational imagery of a group of artists realized through photography, drawing, mixed-media, and video. Juried by Mark Shapiro, this exhibition features ornate teapots from around the country. In a statement for this exhibition, the artist writes:

I have a penchant for the unconscious, in part, perhaps because I am the son of a psychoanalyst. Since the late 1980’s, I have consistently attempted to realize iconic images from my subconscious into a more Renaissance plastic space than Gorky without “illustrating” dream worlds like Dali. I deem these works “Iconscapes.” The works at Freddy are collected from a period in 2012 (after an exhibition at Knoedler of my 90’s Iconscapes) when I was focused on making a new group of Iconscape paintings. This exhibition marks the first time these paintings will be exhibited as a single body of work (they were first exhibited next to figurative/narrative paintings at the second incarnation of “My American Dream” at Derek Eller Gallery in 2013). Iconscape paintings were also exhibited alongside figurative works in my room installation at the 2014 Whitney Biennial.

In micromanaged moments of the old masters, I find that their imagery breaks apart into abstraction. With the modernists, the subject matter is sometimes not as important as what they projected into the subject matter. Strange eyes and anatomy appear in the negative space. There are “Cézanne holes” in the middle of his works where his head must have been located when he was painting. If you look carefully you might see his eyes and teeth and beard in a landscape. This is also true of Van Gogh – cypress trees hold his unconsciously realized facial features.

Keith Mayerson was a Semiotics and Studio Art Major at Brown University where he received his BA in 1988. In 1993 he earned his MFA from the University of California Irvine. Mayerson’s work is featured in the permanent collections of the Museum of Modern Art, New York, the Whitney Museum of American Art, the Museum of Contemporary Art, Los Angeles, the Corcoran Gallery, the Los Angeles County Museum of Art, the San Francisco Museum of Modern Art, the Cleveland Museum of Art, and the Columbus Museum of Art. The artist is represented by Marlborough Chelsea, New York, GAVLAK in Los Angeles and Palm Beach, and Shaheen Gallery in Cleveland. He lives in New York City.