On Display but Invisible 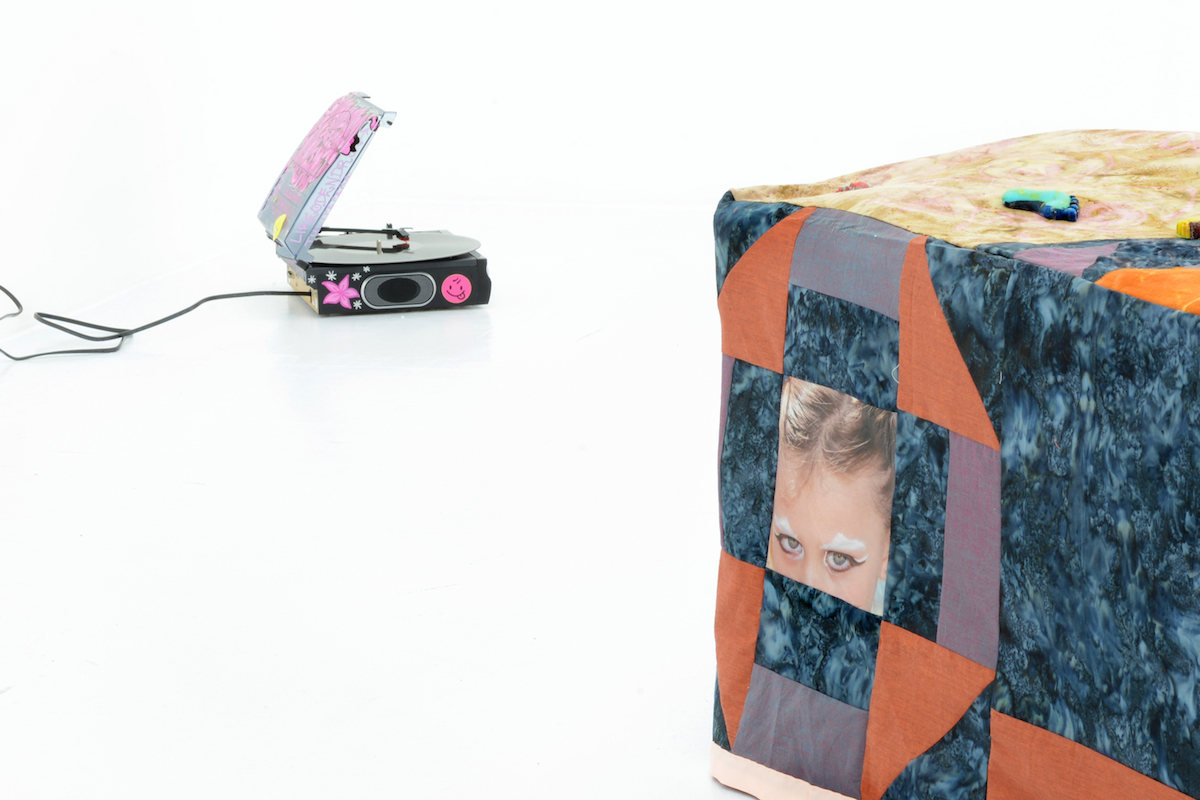 Visual Art
On Display but Invisible 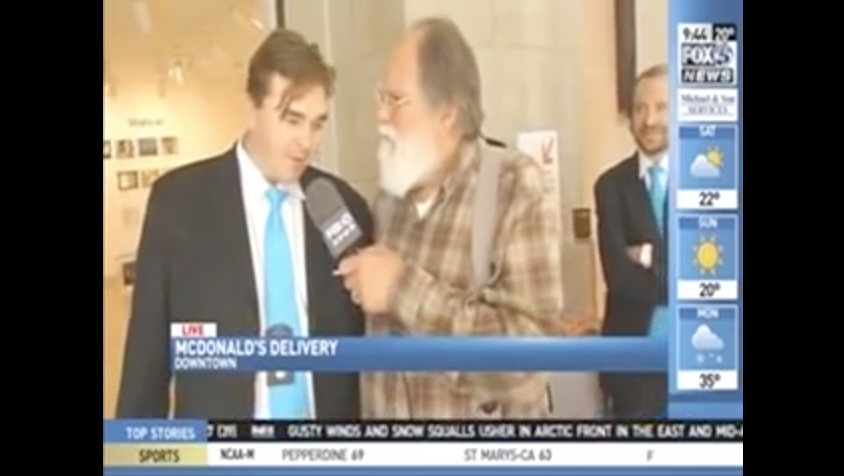 There are clearly many potential ways of reading the first 22 seconds of a recent morning segment broadcast on Fox 45, in which Traffic Jam Jimmy (Jimmy Uhrin) delivered a sprawling McDonald’s breakfast to an assembled group of museum guards at the Baltimore Museum of Art.

The segment – which has been uploaded to YouTube, where it attracted 90,000 views in a week – opens briskly, as Jimmy acknowledges the setting and turns to a guard named Ian, and asks him what he does at the museum. “Well, Jimmy,” answers Ian in a measured voice, “I work 40 hours a week and I live below the poverty line. And I advocate for living wages and workers’ rights.” As Ian speaks, the cameraman suddenly pans away from him, and wanders into an adjacent room lined with posters; Jimmy, in turn, barely misses a beat before responding, “O.K. Well, Ian, you know McDonald’s has breakfast all day now.”

As Brandon Weigel noted over at City Paper, it’s a rather insane and amazing moment. It’s a classic illustration of Baltimore’s almost unrivalled potential for weirdness: a further support for Atlas Obscura’s recent suggestion that we live in one of America’s most eccentric cities. It’s also a neat pendant to Michael Farley’s gracefully deconstructive responses during an interview with Fox News in December.

But it’s more than this, as well. It’s another complicated moment for the BMA, which is still rediscovering its balance after a dispiriting round of layoffs in 2013. And of course it’s a jarring example of what the Situationists termed the banalization of modern society: of the idea that we have been led to equate fun with consumption, and that meaningful discourse has been overwhelmed by spectacle and a flood of commodities. Worried about wages? Hey, Fox says you can now get an Egg McMuffins in the afternoon! But I wanted to take a few moments to suggest yet another way of thinking about the segment: to see Ian’s statement, that is, in relation to a certain artistic tradition. After all, a number of museum guards have gone on to become celebrated artists: Dan Flavin worked as a guard, as did Robert Ryman, and Sol Lewitt. And so, too, did Fred Wilson – whose 1991 exhibition Guarded View, at the Whitney, included four headless mannequins dressed in the uniforms of museum guards from four cultural institutions. As Wilson explained, “There’s something funny about being a guard in a museum. You’re on display but you’re also invisible.”

Invisible, at least, until an artist happens to come along. On July 20, 1973, as part of an action at the Wadsworth in Hartford, Mierle Laderman Ukeles appropriated the metal keys usually kept by the museum guards. Enacting their work, she then locked various rooms at certain moments, informing the public in each case that those spaces would be temporarily closed. Ukeles’ gesture has been interpreted in various ways, but it was clearly motivated in part by a desire to draw attention to the work done in the institution: to render invisible labor visible. And that, of course, was one of the effects of Ian’s response to Traffic Jam Jimmy, as well. Expected to issue a generic, conventional response that would simply skirt the actual conditions of labor within which guards work, he instead foregrounded those conditions. In doing so, he followed in the steps of artists such as Wilson and Ukele.

But he also gestured, meaningfully, toward a tradition that had served as an inspiration to both of those artists: to Situationism, and the idea of the détournement. Popularized in the 1960s, the term connotes a turning aside, and the Situationists used it to allude to an attempt to divert a cultural phenomenon into an unexpected path. A détournement involved turning the system against itself – which is exactly what Ian did when, faced with a small mountain of McDonald’s food, he raised the specter of the poverty line. Traffic Jam Jimmy had been culture jammed.

In 2000, Nick Hornby published a story titled “NippleJesus,” in which Dave, an uncultured skinhead, takes a job as a museum guard and is assigned to a controversial piece in which a massive figure of Christ is composed of small photographs of breasts. The piece quickly attracts protestors (think of Chris Ofili’s The Holy Virgin Mary) and, sure enough, a TV crew, led by “that bloke who does the local news.” But Dave comes to feel a certain respect for the work; he actually grows to like it. And so when the vicar comes armed with an egg, Dave wrestles him to the ground – only to realize that the vicar was a distraction, and that the piece has been destroyed by a crowd of protestors.

Dave, too, is destroyed. He immediately feels eviscerated and incompetent, and is dismayed that he has let the artist down. He has failed to carry out the most basic duties of a guard. But then the artist hears about the piece’s destruction, and – to Dave’s surprise – is delighted. As it turns out, she had been filming the piece, in the very hope that something like this might happen; indeed, she has even plotted a title (Intolerance) for the resulting video. Dave is confused, and feels almost betrayed: so that was the entire idea? “Well, Dave,” responds the artist. “Art is about provocation. Getting a reaction from people. And I’ve done it. I’m an artist.” The coming months will determine, I suppose, whether we can speak of Ian as an artist in this sense. To be sure, his concerns are not simply artistic; his emphasis was economic, rather than aesthetic. But as the video of his response to Traffic Jam Jimmy continues to circulate, it seems worth remembering a lineage of artistic precedents that have also combatted the invisibility assigned to those who guard our artistic heritage.