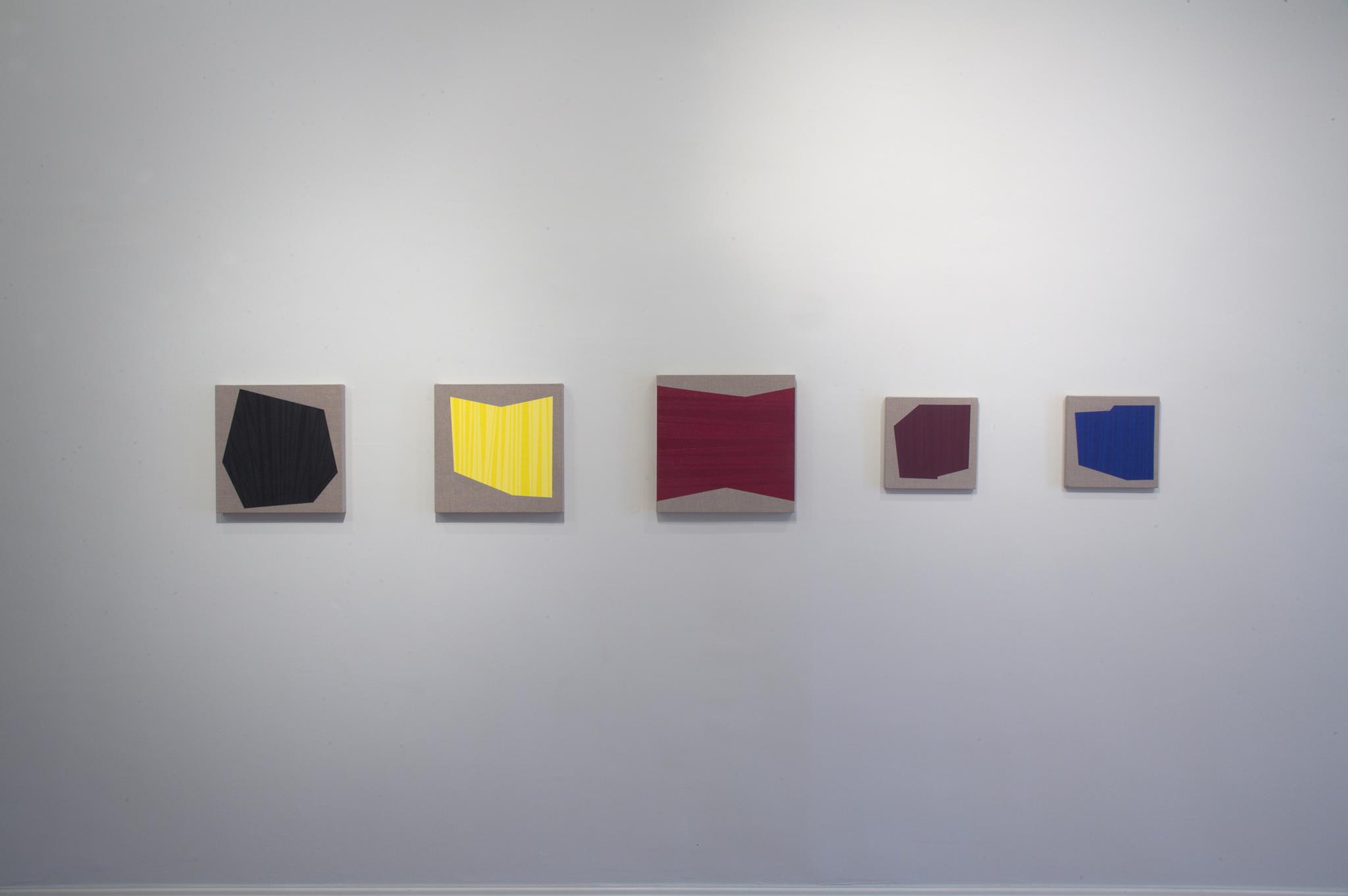 Visual Art
Lest We Forget 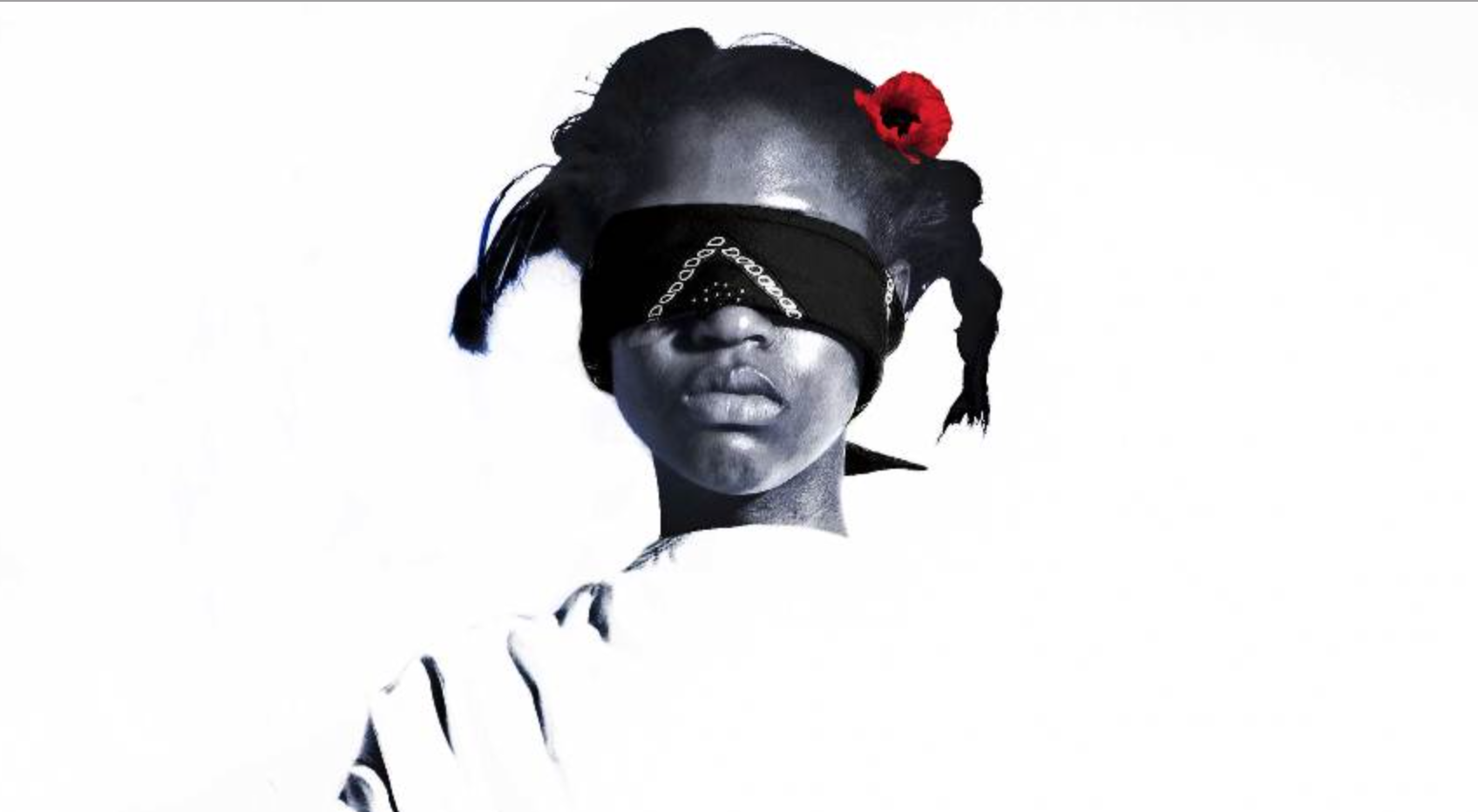 The Group Exhibition Lest We Forget at Galerie Myrtis reviewed by Angela N. Carroll

I often wonder how these times will be remembered. What will future generations learn from this moment? Which stories will historians archive? What experiences will be forgotten? Watching the insanity of this election cycle has confirmed for me the importance of knowing histories; not just your own, but the distant and contemporary, local and international happenings that have shaped our present.

The rhetoric employed by the extreme wings of the GOP has empowered and emboldened embarrassingly inaccurate and flatly supremacist depictions of American history. Slogans like “Make America Great Again” assume that the growth of America’s empire occurred without the toil of immigrants, people transported by force, or those who relocated in the hopes of accessing the freedoms of democracy.

A recent poll released by Reuters revealed that 38% percent of American voters continue to support the GOP’s candidate despite his blatant disregard for anyone other than white men and general dismissal of fact-based platforms. I dare not try to understand the irrational reasoning of deplorables, but urge critical thinking voters to remember the whole and diverse contributions that sustain America.  Lest we forget all those that came before us, live among us– the laboring bodies that support the world.

The exhibition titled Lest We Forget curated by Deirdre Darden and Jarvis DuBois at Galerie Myrtis interrogates a legacy of historical cultural bias; the conceptions that determine a story’s archivism or omission from history. Artists Wesley Clark, Larry Cook, Shaunte Gates, Jamea Richmonds-Edwards, Amber Robles-Gordon, and Stan Squirewell, collectively known as Delusions of Grandeur, and Delita Martin all contribute their own reflections about forgotten experiences in order to build a richer, more inclusive, and more accurate vision of history. Though Amber Robles-Gordon’s colorful hanging mixed media installation is a nod to Henrietta Lacks, I linked the work to cellular memory, familial trauma, the resonating histories of lynching in the US. Seven ornamentally decorated tree branch constructions dangle from the gallery’s high ceiling, above a shredded paper pile. A sign positioned next to the pile invites viewers to “Pick up, read and question the varied slivers of the Hippocratic Oath and its relevance to the perception of this collective human experience, historical truths juxtaposed to societal norms, misconceptions and the continued abuse and disregard to the Black Body.”

For context, the Hippocratic Oath was created in the 5th century. The tenets of the oath predate the racial constructions and faux sciences of eugenics developed later in the nineteenth and twentieth century. Essentially, it decrees that a physician must swear to uphold the oath to the best of their ability in treating patients. In contrast, The  Law Enforcement Oath of Honor is recommended, but not required to be upheld by police. The International Association of Chiefs of Police describe the oath as “a symbolic statement of commitment to ethical behavior.”

In her hanging installation, Robles-Gordon honors the histories of those who have fallen victim to unjust actions of oath breakers. The installation challenges long-held beliefs that the metrics civil servants use to approve or deny a body’s access to civil liberties are equally available. Hung as a collection, the branches become a totem forest, a simultaneously celebratory and mournful site of remembrance. Wesley Clark’s “New York, New York (the Stop & Frisk Gameboard)” and Larry Cook’s “13th Amendment Series” similarly interrogate histories of policing. Stop-and-Frisk Data culled by The New York Civil Liberties Union revealed that in 2011, New Yorkers were stopped by the police 685,724 times. Clark burns this number into plywood and positions it at the center of a target along with the numbers 1878 and 87. The letters NYPD sit at the corners of the target. Spray paint, oil and acrylic glyphs number the surface.

I read 1878 as a date, though I imagine it holds other significance as well. The year boasts a number of significant events which are relevant to reading this piece. In 1878, Jack Johnson became the first black man to hold the heavyweight boxing title. The Congress of Berlin meet with major European nations to discuss the initial terms for the Treaty of Berlin which founds the beginning negotiations that later formalize European claims to territories in Africa, finalized at the Berlin Conference of 1884-1885. It is interesting to imagine the trajectory Clark is articulating, the intersection between gains and losses for Africans in America and abroad. The targets numbers also signify those killed or imprisoned, the countless unnamed. Larry Cook contributes two archival prints from his “13th Amendment Series”. Both photographs are described as “a police officer standing facing several seated figures.” The seated figures are young black males. The image is a painful trigger, one that immediately recalls the countless camera phone videos of police shootings of unarmed men. Purchase of either print includes a framed copy of the the US Constitution’s 13th Amendment. This amendment, which passed in Congress on January 31, 1865 to abolish slavery in the United State, affirms that “Neither slavery nor involuntary servitude, except as a punishment for crime whereof the party shall have been duly convicted, shall exist within the United States, or any place subject to their jurisdiction.”

Side note: There is not enough space to unpack all the brilliant scholarship that probes the commoditization of prisoner labor. For more information, watch Ava DuVernay’s new documentary, 13th, on Netflix. Peep Michelle Alexander’s work The New Jim Crow: Mass Incarceration in the Age of Colorblindness, or Angela Y. Davis’s Freedom is a Constant Struggle: Ferguson, Palestine, and the Foundations of a Movement. “The Girl Inside” depicts a young girl standing alongside her own shadows, where each shadow is represented as two contrasting opaque forms. The piece is beautifully ornate, with a cerebral blue dot matrix which underlays the figure and intersects the shadow shapes. Stitched cloth orbs hover about her. By focalizing portraits of dark women with distinctly cultural hair styles, Martin expresses the perspectives she considers important, the stories she believes are deserving of display.

All of Martin’s subjects exist in another dimension, a world between worlds. A world all their own. “Blue Dress and Colored Dreams” captures the image of a woman lost in a daydream. Huge almond eyes stare out beyond the frame. Dense geometric prints tattoo the woman’s skin and environment. I imagined the geometry as the woman’s abstracted mental processes, thoughts or dreams. This reading considers the visualization of black women’s imagined experiences as important as the reflection of their lived experiences. The environments Martin creates present fascinating, radiantly realized contemplative spaces. Shaunte Gates’ three crisp black and white pigment prints, the diptych “They Know III”, and “Puppet Test”, offer additional depictions of black women in imagined landscapes. In “Puppet Test”, justice a pig-tailed black girl is blindfolded with a bandana. The brown-gray of the girl’s face is stark against a saturated white ground and draping; she appears to fade into the background. A rose in the girl’s hair cuts through the binary palette with bright red.

Gates’ depiction of black justice situated in a blinding white void is a volatile critique of unequal protections in the American justice system. For me, the young justice recalled the four little girls killed in the 16th Street Baptist Church bombing in Birmingham Alabama and the viral 2015 cell phone footage of the McKinney Texas teenager brutally accosted by a white officer at a pool party. Gates work acknowledges and focalizes young black women’s experiences.

“They Know III,” a diptych closeup profile portrait of a young girl whose face has been marked in a style that seems to combine the traditions of Ta moko, the Maori traditional tattoo, the Tsemai of Southern Ethiopia, the Tchoodi of the Fulani women of Mali, and/or the myriad chin tattoos of the lower Colorado River tribes of the American Southwest. The two young portraits, gazing at each other, recall a global tradition of warrior-healer women. I was deeply moved by Jamea Richmonds-Edwards’ “They, Them, Us and We” Series, a collection of twenty small portraits made with black on black ink, charcoal and pencil. Each of the 8×11” portraits reference men and women murdered in Baltimore in 2016. Activating the black-on-black style commonly employed in Richmond-Edwards’ work, the series stands as a haunting pictorial shrine for the deceased. Each portrait emerges from the dark like a phantom.

Richmond-Edwards’ artist statement contextualizes the series with: “Most of the murders are unsolved, mostly black men, and 35 and under. My series is a homage to the men and women that are not hashtags, and a reminder of the work that has to be done within our community.”

It’s difficult to conceptualize the number of murders that happen until they are quantified visually. It is a disturbing revelation that the number of murders in Baltimore this year greatly outnumber the images presented. Baltimore has experienced 236 murders in 2016. Thirty people were murdered in September alone. At least five people were murdered in the first week of October. Richmond-Edwards’ portrait series grapples with these devastating numbers, challenging us to consider the humanity of each individual and to visually comprehend the tragic loss of each life. Stan Squirewell is the outlier in the exhibition, the only abstract offering in the gallery. The Wakonda Series envision an afro-futurist revisionist history that maps the landscape of Wakonda, the fictional African country detailed in Marvel’s Black Panther graphic series.

Squirewell’s topographies prompt histories of origin myths, the often supernatural, interplanetary mythologies that found many cultural realities, philosophies and religions. Many creationist stories describe the beginning of the world as an unorganized collection of matter or dense dark mass that sound, voice, or thought manifest as form, life, earth. All of Squirewell’s contributions are snapshots from the interdimensional formation and emergence of Wakonda, and other, freer, worlds.

As a whole, Lest We Forget is a living time capsule, a visual exaltation of inclusive histories. The collection struggles with the gritty experiences that enrich and embolden a fuller recollection of history. During a quick interview, Curator Darden offered that “These are moments in history that we need to pay attention to. The exhibition elicits a sadness. We aren’t aware of where it comes from until we read stories of those that came before.”

Lest We Forget presents a balanced and inclusive historical archive which creatively exposes the subtle injustices and expansive optimism of emerging artists exploring the diversity of black lives.

Lest We Forget is on view at Galerie Myrtis through October 16, 2016 with a closing ceremony on October 16th.