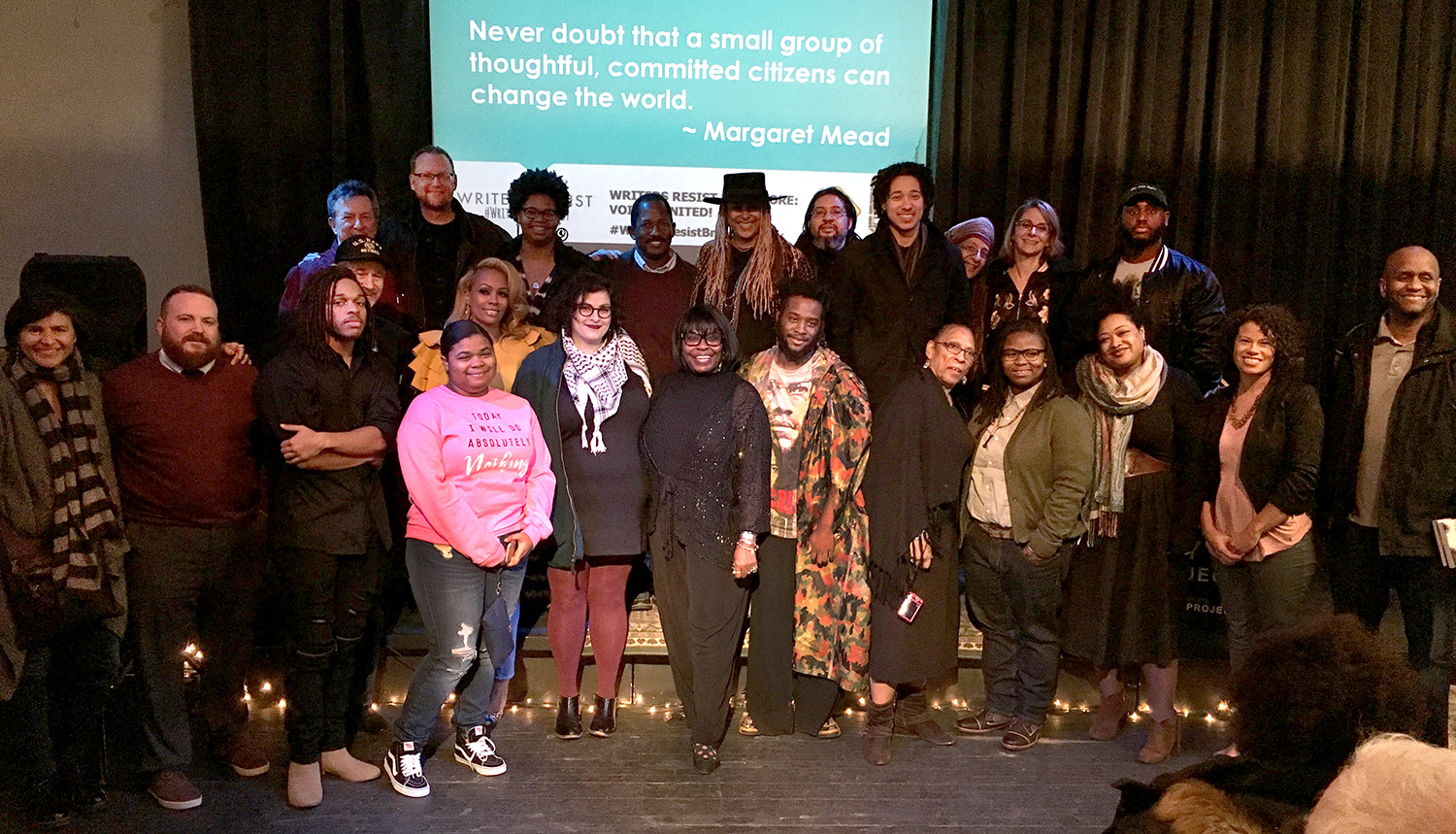 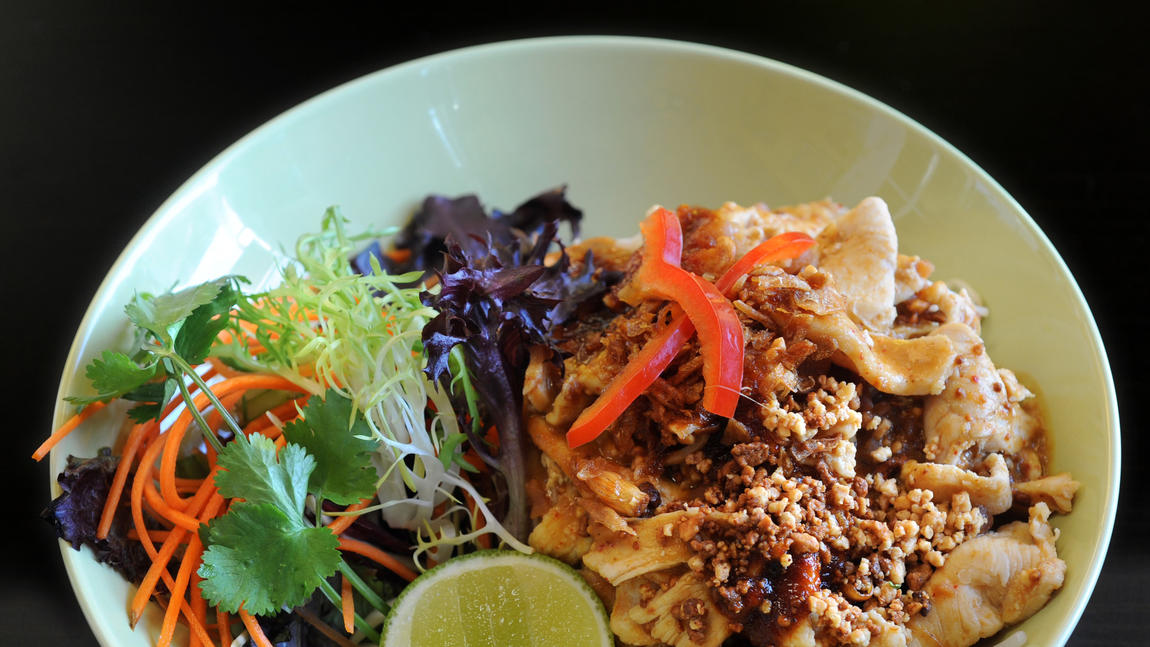 Not So Starving Artists: Noodle Charm 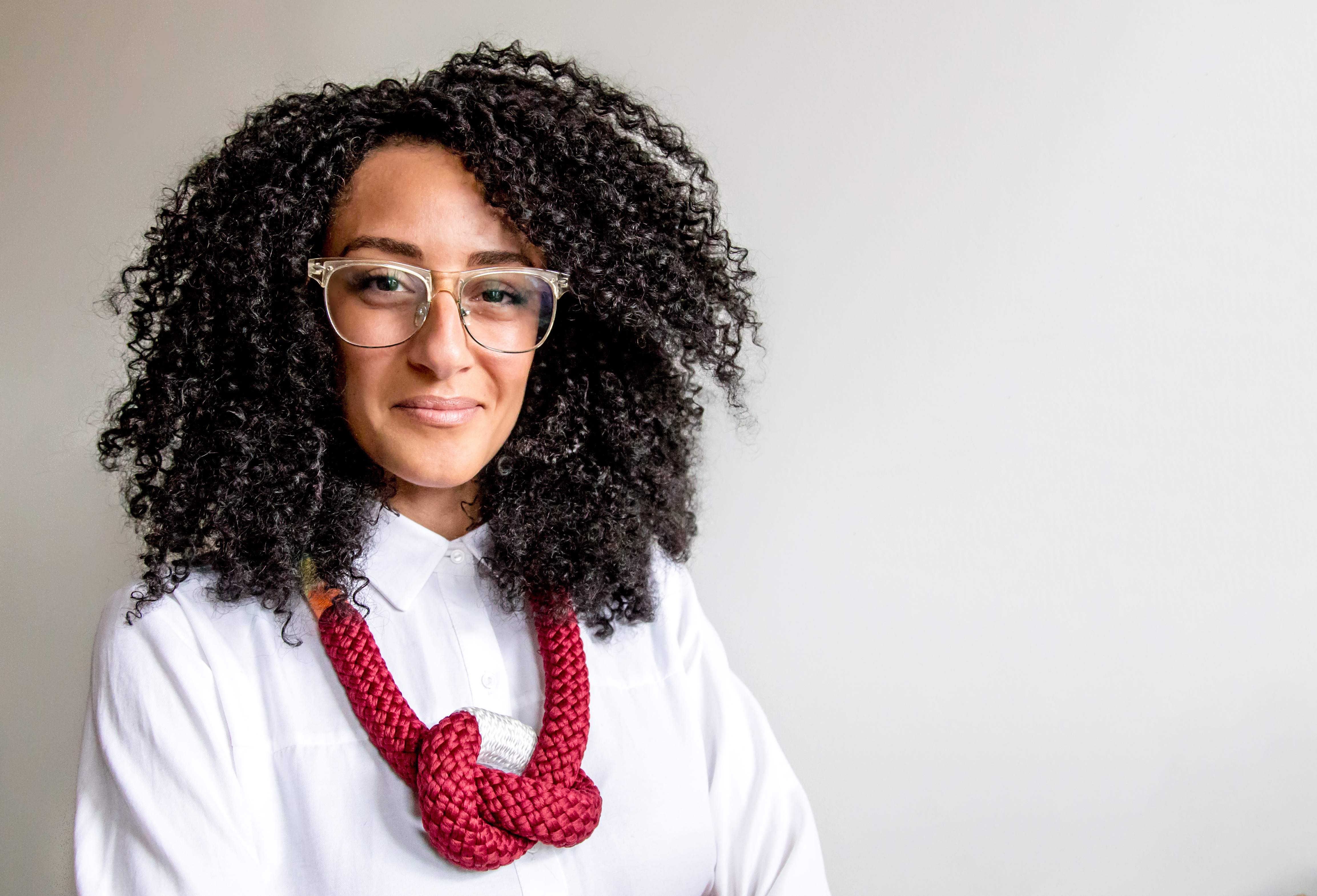 After Reviving The Contemporary, Director Deana Haggag Leaves It in Good Hands by Cara Ober

“Deana Haggag, Executive Director of The Contemporary, will be leaving her position effective March 31, 2017 to join United States Artists as their President & CEO,” reads an official press release today issued by The Contemporary in Baltimore. “Haggag, who has served as director since 2013, is recognized for re-launching The Contemporary after a period of dormancy and reestablishing its presence locally and nationally. The Board of Trustees will establish a committee to oversee a national search for the museum’s next director. During this transition period, Deputy Director Lu Zhang will act as Interim Director and Haggag will continue to advise The Contemporary as needed.”

Sitting in a Hampden coffee shop on Inauguration Day, mulling over the irony of her new title as ‘President of USA,’ Haggag expressed a mix of emotions about her new position. She is both sad to leave Baltimore and excited to move to Chicago because she sees it as a city with a similar spirit.

“I am so honored to have the opportunity to advocate nationally on behalf of artists,” Haggag said. “At The Contemporary, I learned that my passion is in advocacy. The team there is so amazing and they accomplished so much that my role as director was simply to help in carving a path forward for their projects.”

Her colleagues at The Contemporary expressed similar sentiments this week, stating their admiration and fondness for Haggag and offering well wishes for her continued success. Interim Director Lu Zhang said, “I’m grateful to have worked with a director with immense vision and a dedication to serving local artists. While Deana’s local presence will be greatly missed, I look forward to seeing her continued and necessary advocacy for artists at a national level.”

“It has been a tremendous pleasure working with Deana during this exciting period for The Contemporary,” added Ginevra Shay, Artistic Director at the museum. “Deana ushered The Contemporary into a new era, while being a supportive and inspiring force for the Baltimore arts community at large.” 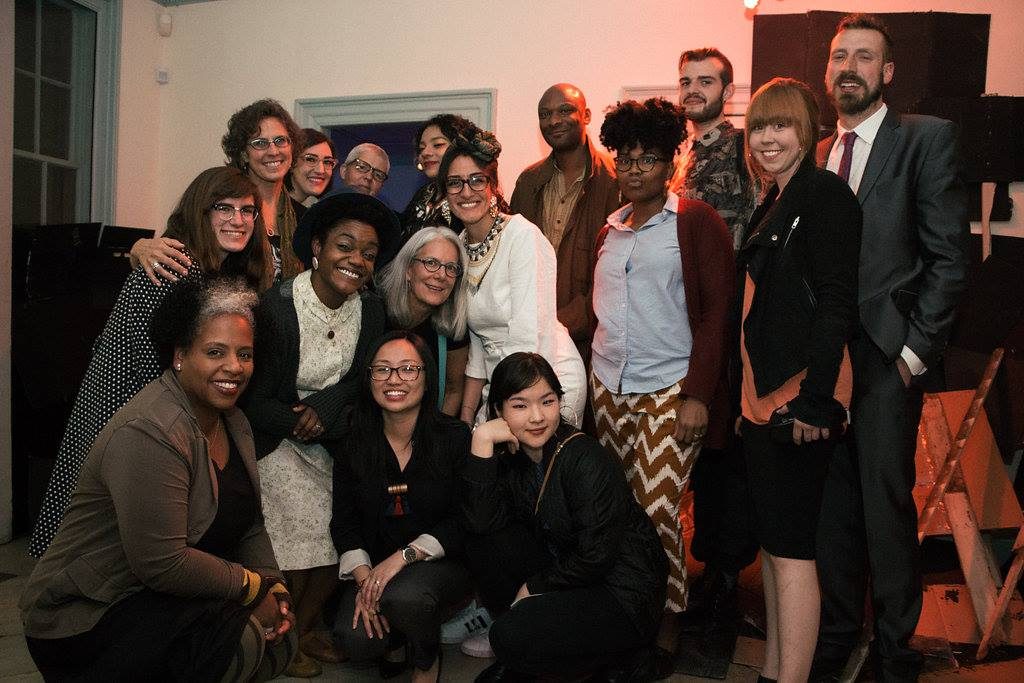 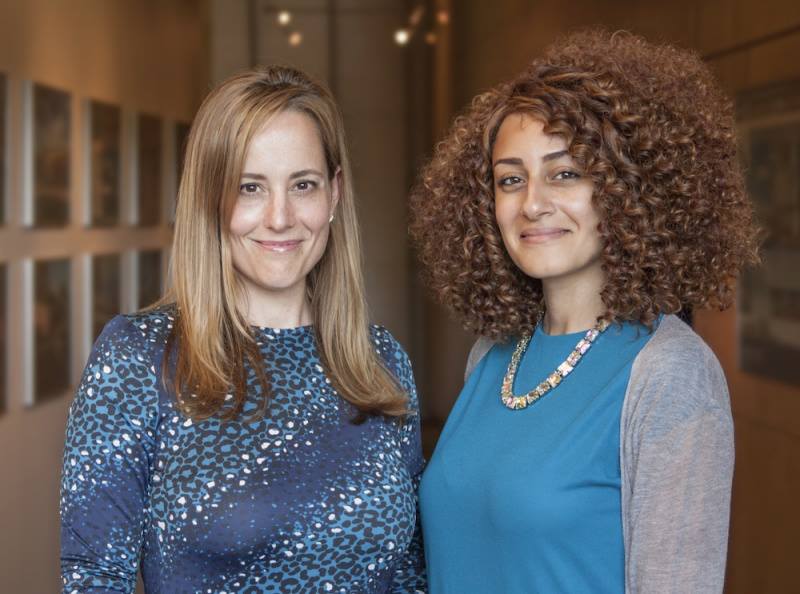 Terry Squyres, an architect and President of the Board of Trustees since 2013, concurs. “Deana’s influence on The Contemporary and the Baltimore cultural arena is immeasurable,” she said. “Our Board and staff are among the many who will dearly miss both her capabilities and the extraordinary person she is. We look forward to both following her future successes and continuing the work of The Contemporary that flourished under her leadership.”

“Baltimore is very fortunate that Deana remained here after graduating from MICA’s Curatorial Practice MFA,” said George Ciscle, Founding Director of The Contemporary and Director Emeritus of MICA’s MFA in Curatorial Practice, where Haggag earned her master’s degree. “During the last four years she was able to effectively reclaim and update The Contemporary’s core founding mission and values. The museum’s future is now a secure one due to the incredible staff, dedicated board, expanding supporters, and collaborative partners she has so conscientiously developed.”

The Contemporary was founded in 1989 by Ciscle to create “meaningful exchanges” between artists, institutions, and diverse audiences. Originally nomadic, The Contemporary built a solid reputation for unusual, challenging, and high caliber exhibitions including Fred Wilson’s Mining the Museum, Louise Bourgeois’ Femme, Allison Saar’s Catfish Dreamin’, and others, which have expanded a national dialogue around the definition and role of museums. After many changes in its 24-year history, including a rebrand as The Contemporary Museum with a permanent exhibition space for several years, The Contemporary’s Board of Trustees suspended operations in May 2012 and Baltimore’s art community reacted with widespread disappointment. However, in 2013 the institution was revived with Haggag, then 26 years old and a fresh MICA MFA graduate, at the helm. The Contemporary was reinvented as a nomadic, non-collecting art museum functioning as an incubator for site- and subject-specific exhibitions.

“When I started out at The Contemporary it was very important to me that the art community felt this organization was ‘theirs’ again,” Haggag said. “When it closed in 2012 and people were really upset about it, there was beauty in that because they cared so much. They weren’t indifferent. When we reopened, I wanted to cultivate a widespread ownership of The Contemporary, to make it more relevant to artists and the people who support art, and how they live in Baltimore today.”

Over the next four years under Haggag’s direction, The Contemporary commissioned four large-scale art projects with nationally recognized contemporary artists including Bubble Over Green by Victoria Fu, Ghost Food by Miriam Simun, Only When It’s Dark Enough Can You See The Stars by Abigail DeVille, and The Ground by Michael Jones McKean, which is scheduled to open February 18, 2017. In addition to exhibitions, the museum has created two vital speaker series, Co-Hosts and Talking Shop, that have been free to the public and garnered large crowds for lectures with internationally known artists, thinkers, and activists. Rather than embracing a top-down model like most museums, The Contemporary reached out to Baltimore’s artist-run spaces, the heart of the art community, and partnered with each of them in producing the series and conducting studio visits with their chosen speaker. 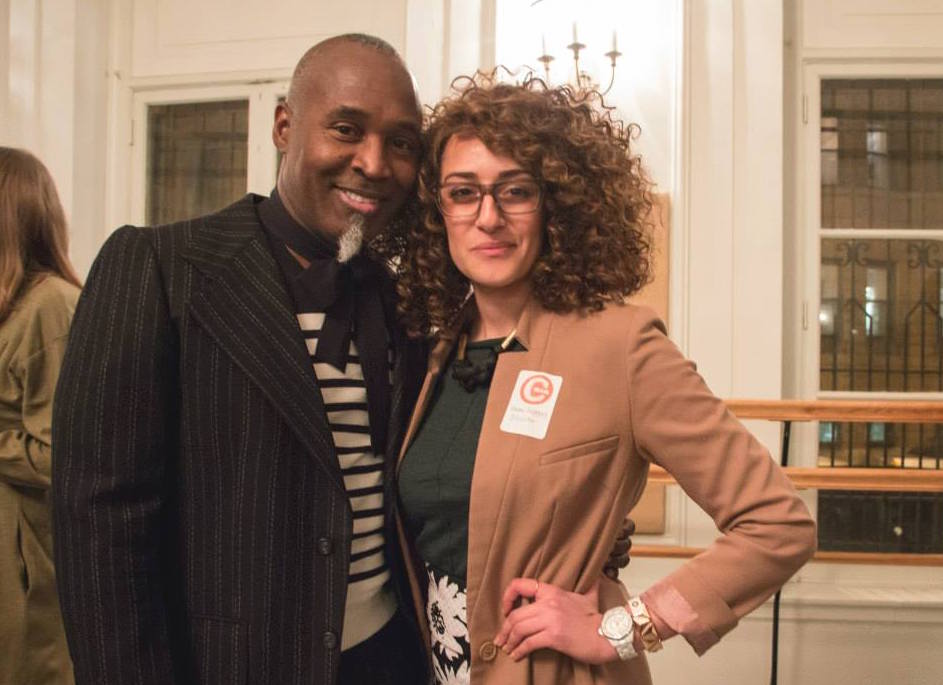 “When I started out as director, my goal was to help position Baltimore in a national art context,” Haggag said. “I kept thinking that we needed to bring Baltimore’s artists into more national art conversations and also to bring more awareness of national artists and movements to the local community. The great thing about working at The Contemporary was realizing that the entire country has a lot it can learn from artists based in Baltimore. That’s why it was so important for us to commission the projects and speaker series, but to also move towards actively creating resources for artists here.”

In addition to public programs, Haggag and her team created a number of services for local artists including an equipment library, The Grit Fund (a granting program established by funding from the Warhol Foundation), and a 2016 three-day artist retreat which invited 50 Baltimore artists and 35 national consultants including curators, critics, collectors, and arts advocacy professionals.

“At our inaugural artist retreat, the strength and unity of the Baltimore art community became even more obvious,” said Haggag. “Watching our artists mingle with national consultants and seeing how taken these consultants were with the artists was amazing.” 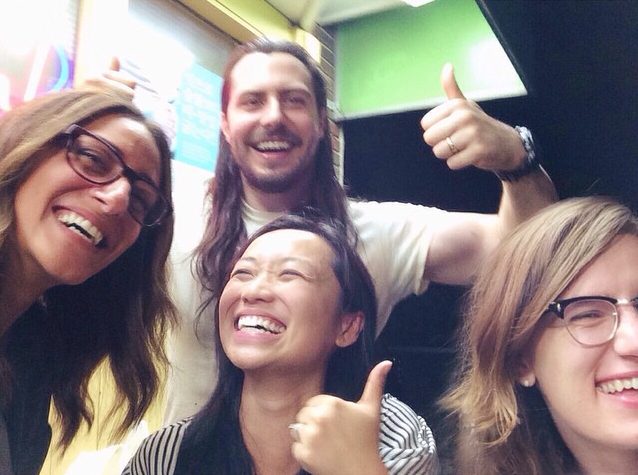 Erica Goebel, Senior Associate at the museum, notes, “What I’ve witnessed in my year with The Contemporary is that Deana, while in the relatively early stages of her career, is extremely generous with giving credit and professional development opportunities to others. Her enthusiasm for Baltimore artists and those who support the arts is infectious and stirring.”

According to Zhang, “Under Deana’s leadership, The Contemporary has further committed to one of our key principles – that artists matter, by broadening our work to include resources for artists. In tandem with other organizations, both local and national, we look forward to continuing to grow resources for artists in Baltimore.”

Haggag’s desire to build connections between Baltimore’s artists and those spread across the country has catalyzed change and infused energy into the local art scene in a number of unexpected ways.

“Deana and The Contemporary are a huge part of the reason I moved here,” revealed Elissa Blount Moorhead, Director of the Station North Arts & Entertainment District and Curatorial Advisor at The Contemporary since 2015. “I will miss her but I know her impact on both the arts and Baltimore will be even more felt in her new role.” 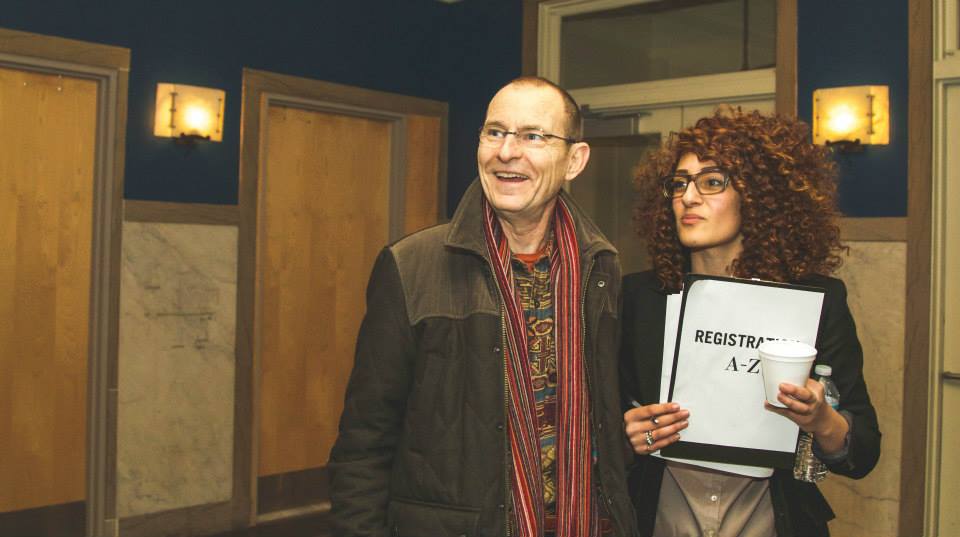 Despite losing a director that will be keenly missed, Moorhead is confident that The Contemporary will continue to offer excellent programming and services to Baltimore’s art community. “What Deana and the staff set into motion at The Contemporary is unstoppable,” she said. “I am excited for whomever gets to continue and expand this incredible work. Like so many others, their work makes my creative life here more viable. What they have done for the arts landscape is immeasurable.”

“The Contemporary has a long history of producing responsive and wide-reaching exhibitions and I’m thrilled to continue the work that Deana and I started,” said Ginevra Shay, Artistic Director. “Our commissioned projects have given artists the opportunity to think bigger than they ever have before and create work in unexpected places. I’m delighted to continue to expand what exhibitions could mean for The Contemporary and for Baltimore City.”

“Deana Haggag is an inspirational and irresistible young leader and it has been a great privilege to work with her over the last three plus years,” said Jane Brown, President of the Robert W. Deutsch Foundation, the organization’s largest local funding partner (and funding partner of BmoreArt). “The Deutsch Foundation invests in innovative people, projects, and ideas and our continuing support for The Contemporary embodies the kind of risk-taking that we feel is essential to grow and solidify Baltimore’s creative community.”

While her professional accomplishments are numerous, museum staff and collaborators admit that they’ll miss Haggag for personal reasons as well. The offices at The Contemporary not only produced successful programs and exhibitions, but are known for hosting the occasional impromptu dance party as well. 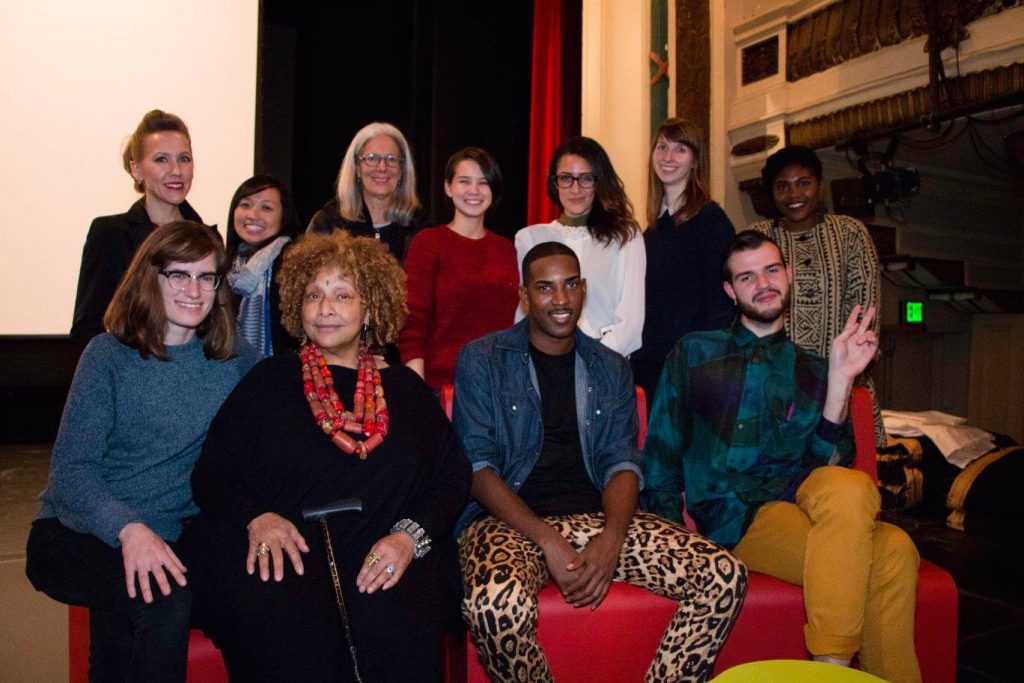 Lee Heinemann, Education Director at The Contemporary and a close friend of Haggag’s, remarked, “Deana and I met when we both moved to Baltimore in 2011 to go to MICA. The very first time we hung out, we prank called The Contemporary’s founding director George Ciscle on his office line – which makes working at The Contemporary together years later seem like the ultimate prank.”

When asked about her friendship with Haggag, Elissa Blount Moorhead laughed. “I am sad to see her go but I am glad that I will now be able to reduce my wine budget.”

Haggag herself was the most effusive in her expressions of fondness and admiration for her staff, collaborators, and friends in the Baltimore community. “Working with these people – the board, staff, council, advocates, and funders – has been magical. Whoever takes this job is the luckiest person in the world, that’s how great all those people are,” she said. “I’m proud to have played a part in bringing them together to do all the crazy and amazing things they do. If I didn’t love Baltimore so much, I’d take them all with me.” 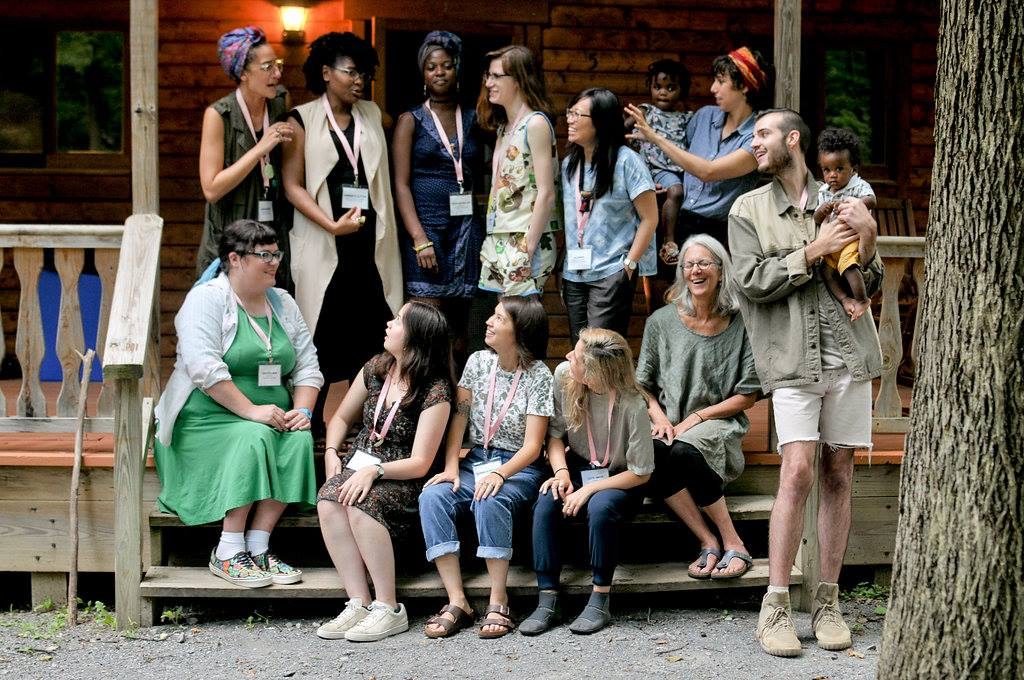 The Contemporary team at the Inaugural Artist’s Retreat