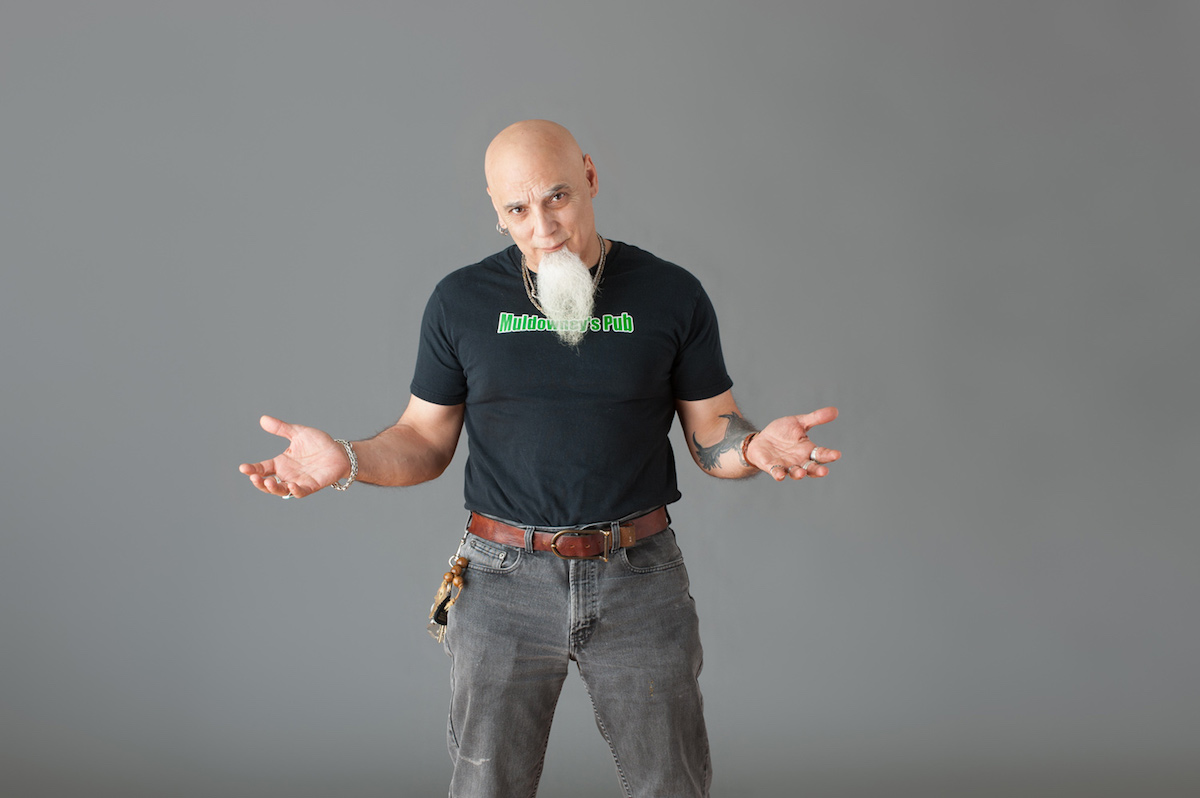 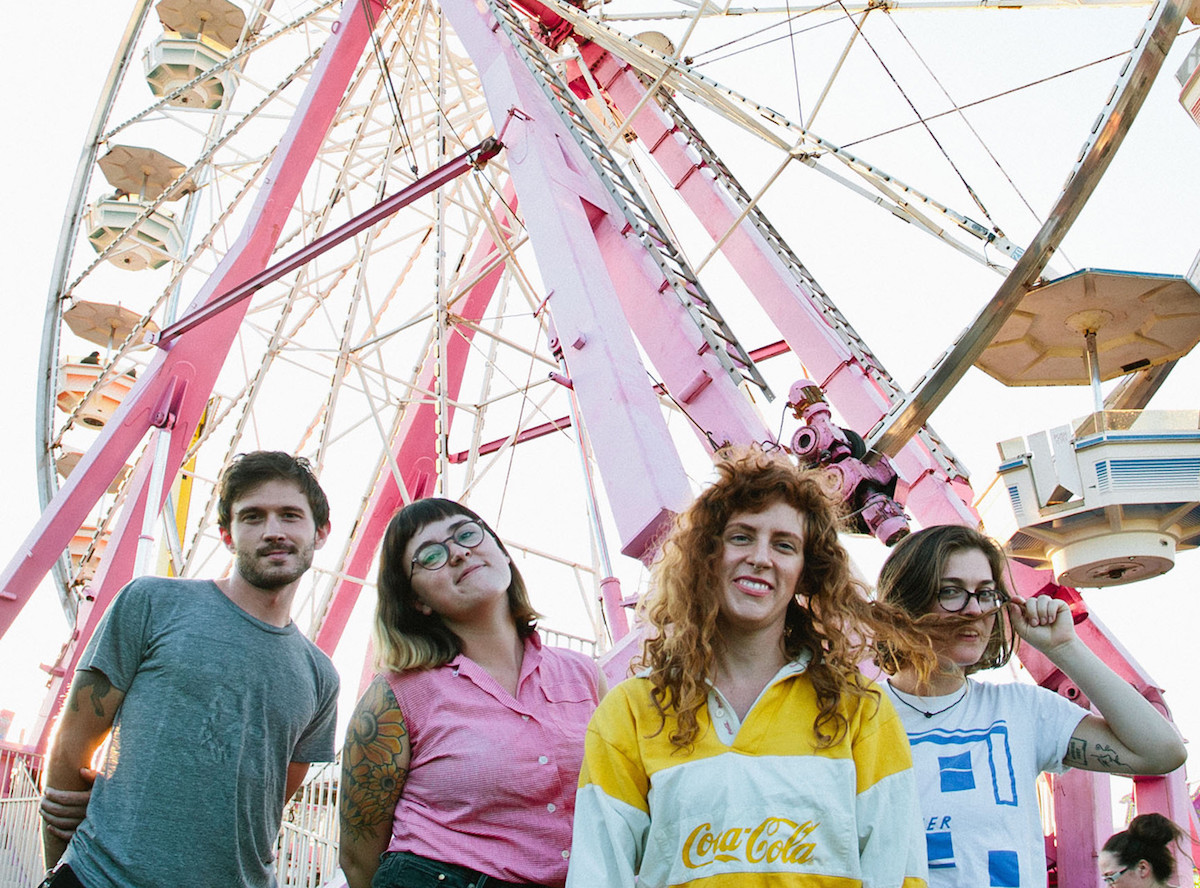 The Baltimore based band Post Pink are a funny, thoughtful, and intelligent group of of feminist musicians whose music sounds like a fun-loving, yet moody melting pot of punk ballads which range in tone and tempo. It’s almost impossible to place your your finger on their genre, which to the naked ear resemble post-punk, alternative rock and… pure awesomeness.

Drummer Sam Whitelaw and vocalist/bassist Emily Ferrara spoke to me in a crowded radical coffee shop and bookstore on a warm(er) winter evening in Baltimore. When I arrived, a precocious toddler was sitting at the table with them. We hung out with him as he whipped around us like a little tornado. We did our best to have a poignant conversation while the boy yanked an inflated balloon, causing us to sit on edge anticipating an ear splitting “Pop!”

Sam and Emily spoke about their new album, “We Believe You, OK,” about politics and feminism, and our conversation quickly turned into an hour-long spew of ideas, confessions, and the band’s history. Here’s a bit of what the women had to say:

You managed to fit eight songs onto a 7 inch vinyl record since many of your songs are very short. Did you purposely decide to embrace the punk aesthetic of writing quick songs for I Believe You, OK?

Emily: The first song we wrote, “Take Me” is one of the longer songs we have on the album, but after that, the songs just came out that way. It wasn’t planned. We wrote the songs… and they just felt kind of over. I think our shortest song was just over 30 seconds, but we felt that was all we needed.

Sam: I guess the music I like to listen to is poppy and has a good hook, but I get tired of songs pretty quickly. I also think the perfect set is 20 minutes. I feel like you always want have people want to listen to your band more. I want to enjoy playing it as much as I want people enjoy listening to us. I like to get what you’re going to get to, have fun, and be done with it.

Is there a theme within the album?

Emily: Angie and I wrote most of the lyrics. I don’t really think there is a specific theme. It’s kind of all over the place. My songwriting tends to be very literary. I write a lot of songs about books. I write songs about songs about people who have died and imagining what it would be like to hang out with them. 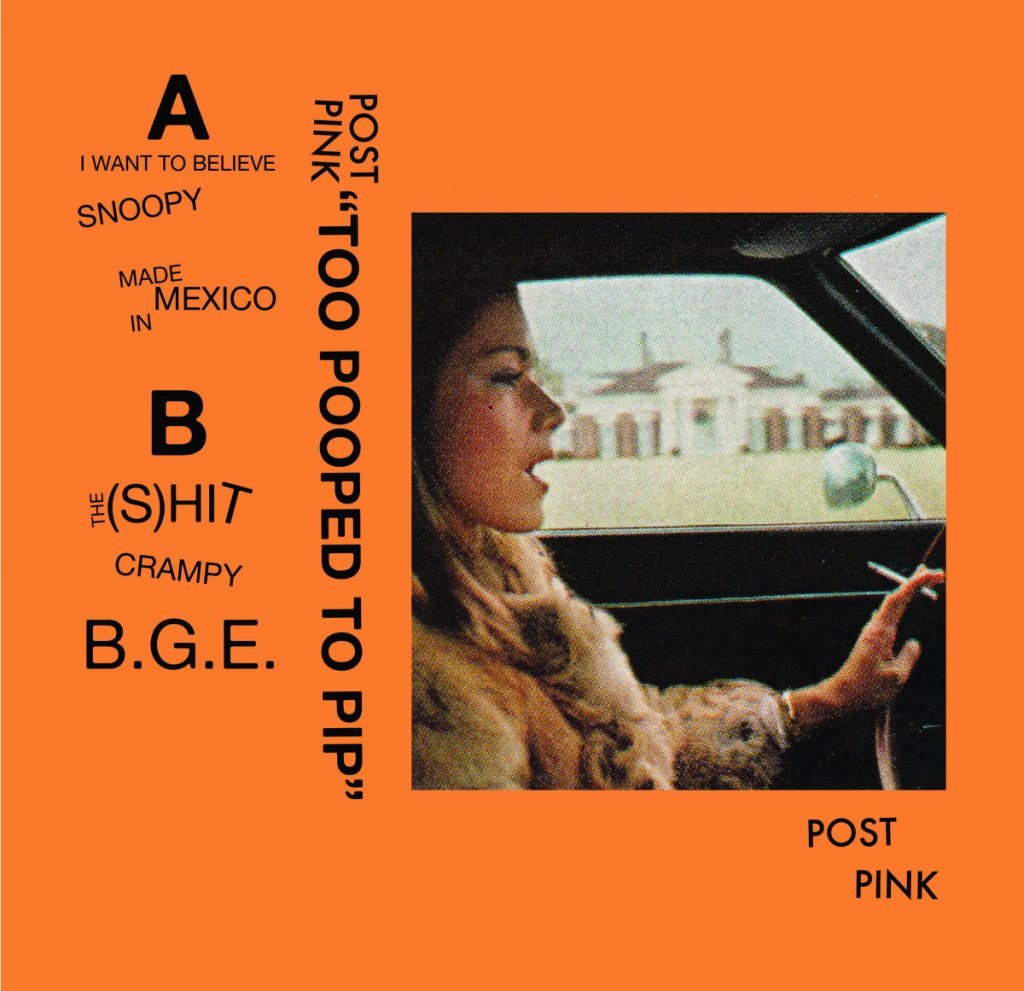 Have you ever written a song about Edger Allen Poe?

Emily: No. “Night Beat” is about Sam Cook. My friend told me about this cool dream where he was in a pool hall playing pool with Sam Cook. I said, “That is so cool!” So, I wrote a song about it. We [as a band] write songs together a lot too. It’s like a conversation between Angie and me. It happens a lot where we try to take on these different roles within the conversation. Angie’s songs are more about her personal experiences and what she goes through every day.

Emily: As far as genre goes, we could be considered an atypical punk group. Our sound is its own and we write organically. We tend to fit in with lots of different bands and at the same time, don’t fit anywhere. We’ make “21st century punk music for short attention spans.” Post Pink is not exactly a play on the term post punk, but partly works so well because it is close and reminiscent of the term. It does have some feminist undertones implying we desire a “post-pink” state of mind. It represents a world where women no longer have to adhere to societally constructed, arbitrary ideas of femininity. 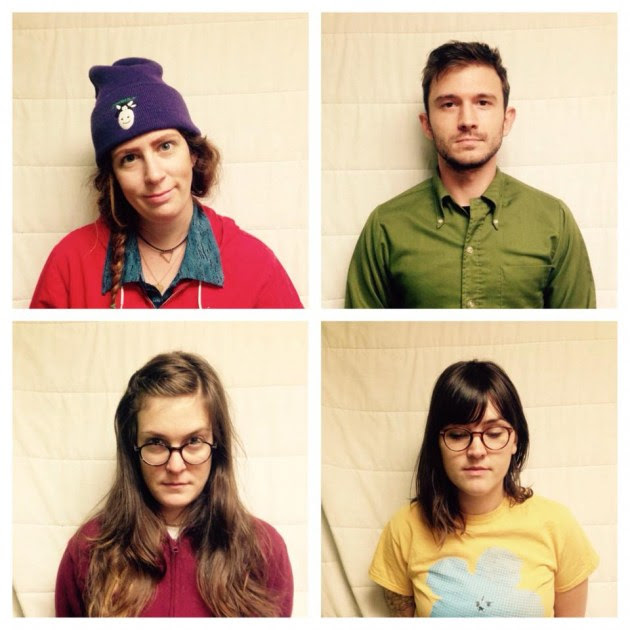 In this heightened political era do you feel you have a responsibility to connect with audiences in a more (community based) purposeful way if you haven’t already been doing so?

Sam: In the political climate we currently find ourselves in, we think it’s really important for bands to do what they can as performers by participating in benefit shows that raise money for meaningful organizations, like Planned Parenthood, the No Dapl organizations, and others. It’s also important to pay attention to the venues where they play and whether or not they are safe, inclusive, accessible, etc.

When writing, your ideas come from literary and personal experiences. If you couldn’t write that way, what angle would you take with your songwriting?

Emily: When we have trouble pulling from personal experiences lyrically we look to books, movies, and current events, often signing as if we were the antagonist (like in Ickey Arnold).

What makes you stand out as a band?

Emily: We play short songs, we are both fun and serious, and we are the musician’s band as much as we are the people’s band. Each member brings their own flare to the equation and we don’t front.

Do you enjoy being based in Baltimore? What do you like most about being musicians in this city?

Sam: We love being a Baltimore based band. There is a strong and tight-knit community of amazing musicians, artists, and bands here that are all very supportive of each other. Baltimore is affordable and in close proximity to other great cities that also have great communities of artists and bands.

If you could play with any other band right now, who would it be, dead or alive?

Sam – The Breeders once the new record comes out

David – Fugazi or GBV, depending if I feel like drinking or not 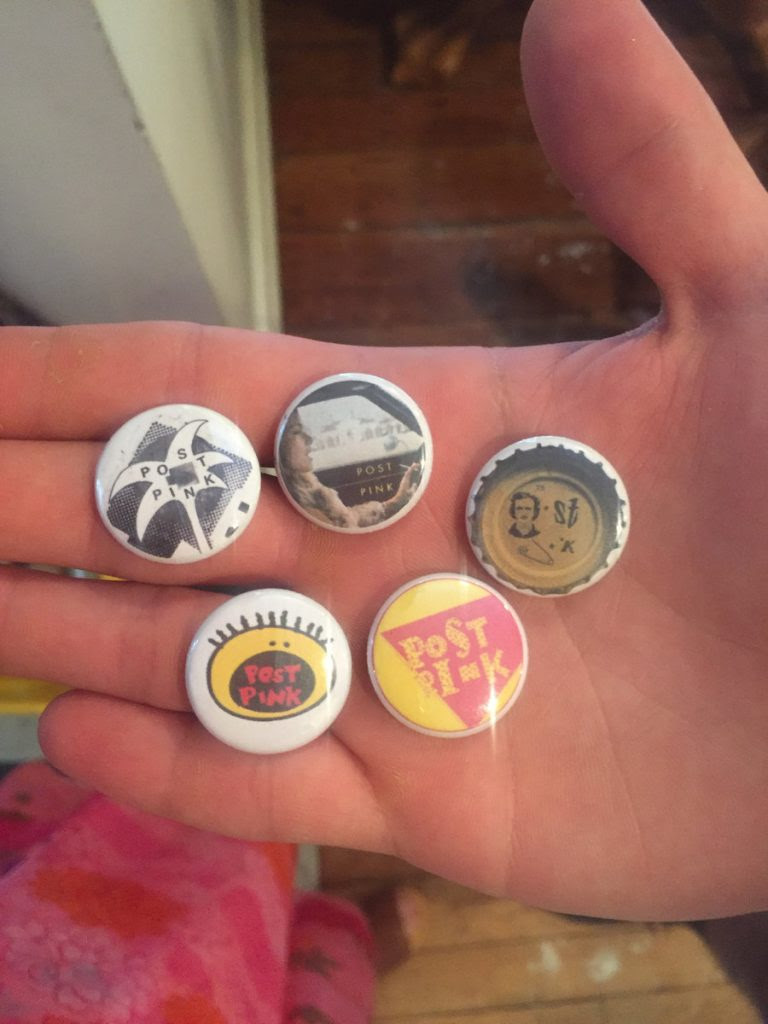