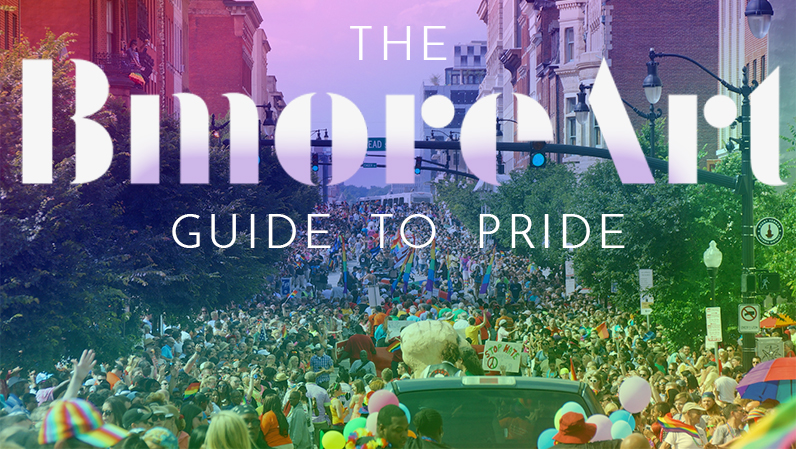 The BmoreArt Guide to Pride 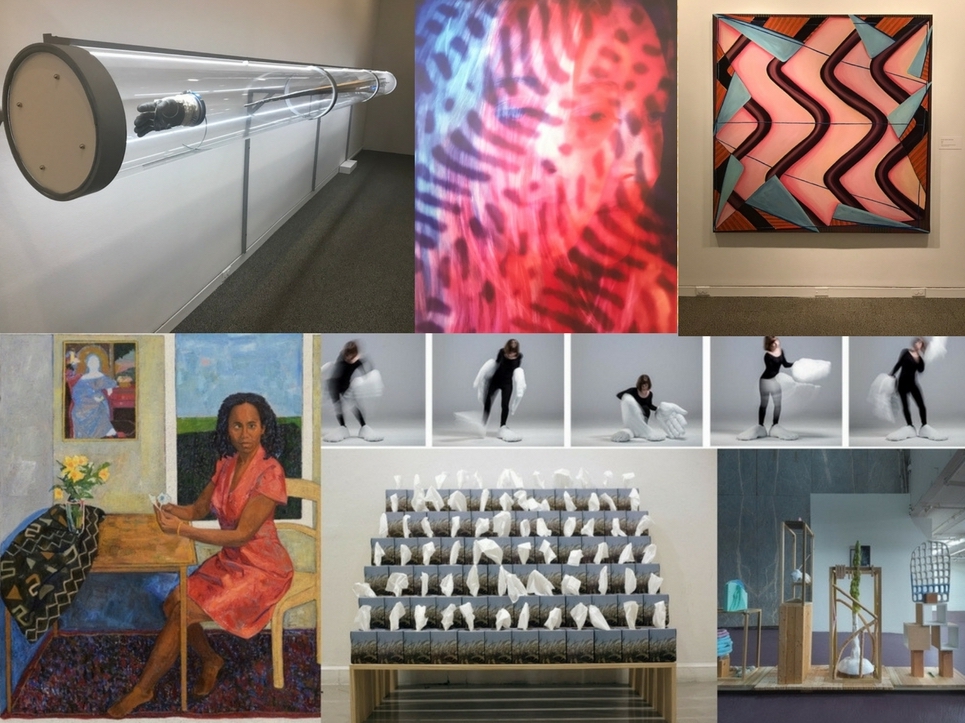 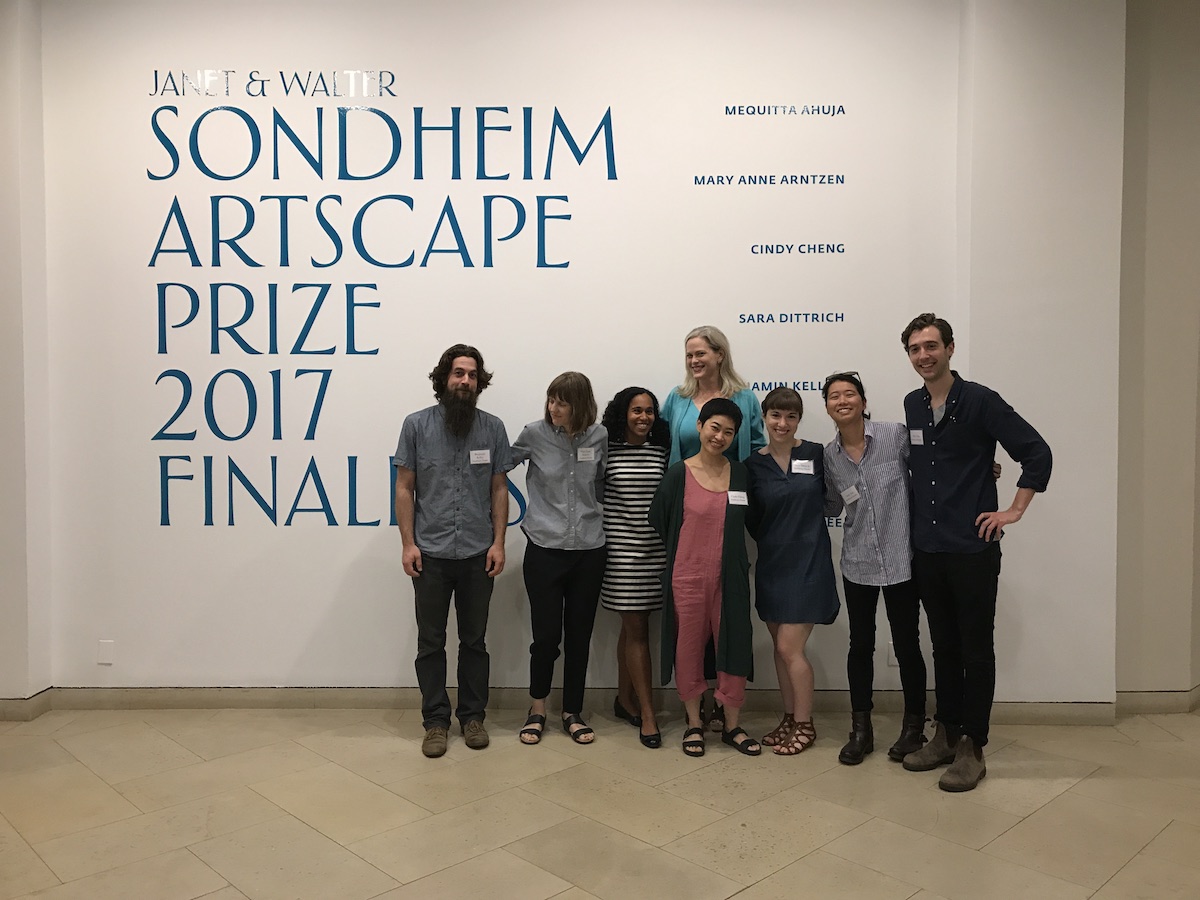 Note: an official BmoreArt review and mini-documentary are coming soon!

The Walters and the Baltimore Office of Promotion & The Arts are partnering to present the Sondheim Artscape Prize Finalists’ Exhibition, one of summer’s most anticipated events. On view at the Walters Saturday, June 17 through Sunday, August 13, the exhibition showcases the work of the seven finalists competing for the Janet & Walters Sondheim Artscape Prize, a $25,000 fellowship that is awarded each year by an independent panel of jurors to a visual artist or visual artist collaborators living and working in the Greater Baltimore region. This year’s finalists are all based in Baltimore.

The winner will be announced at an award ceremony and reception at the Walters on Saturday, July 15, at 7 p.m., with extended gallery hours from 10 a.m. to 9 p.m. This year’s jurors are: Ruba Katrib, curator at SculptureCenter in Long Island City, New York, where she organizes exhibitions, educational and public programs, and publications, and coordinates program presentation; Clifford Owens, a New York-based contemporary artist who works in performance, photography, text, and video; and Nat Trotman, associate curator at the Solomon R. Guggenheim Museum.

The Janet & Walter Sondheim Artscape Prize is held in conjunction with Artscape, America’s largest free arts festival, and is produced by the Baltimore Office of Promotion & The Arts. Artscape runs from July 21 through July 23 along Mount Royal Avenue and North Charles Street. Additionally, an exhibition of the semifinalists’ work is shown in the Decker and Meyerhoff galleries at the Maryland Institute College of Art (MICA) Friday, July 21 through Sunday, August 6. 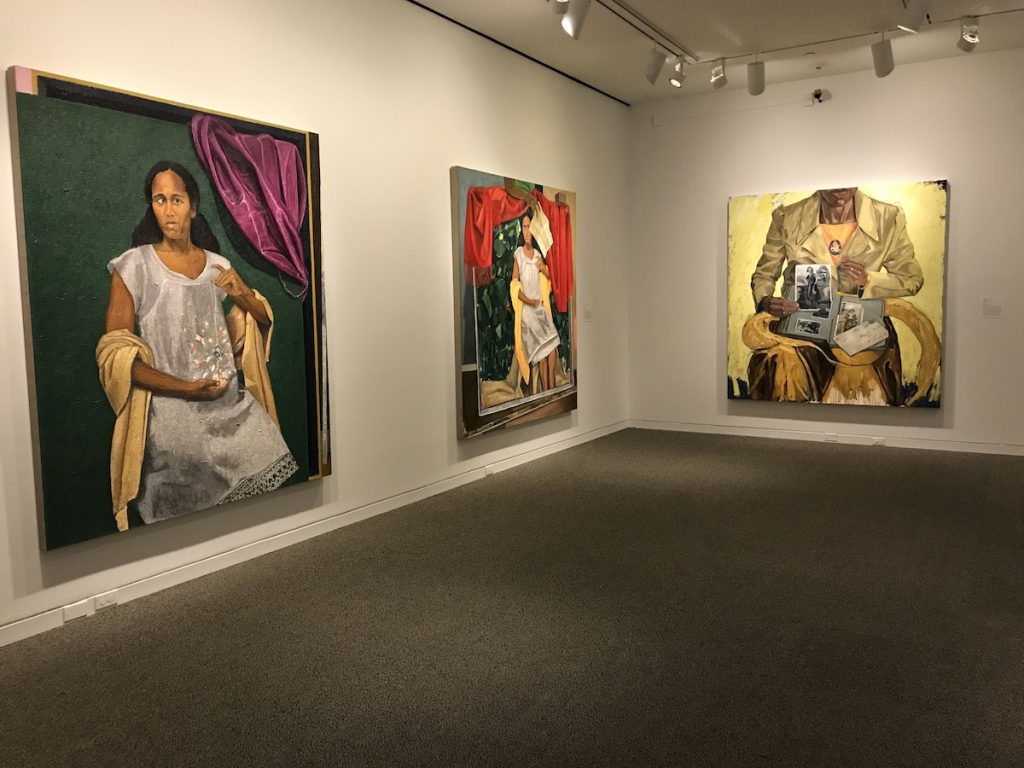 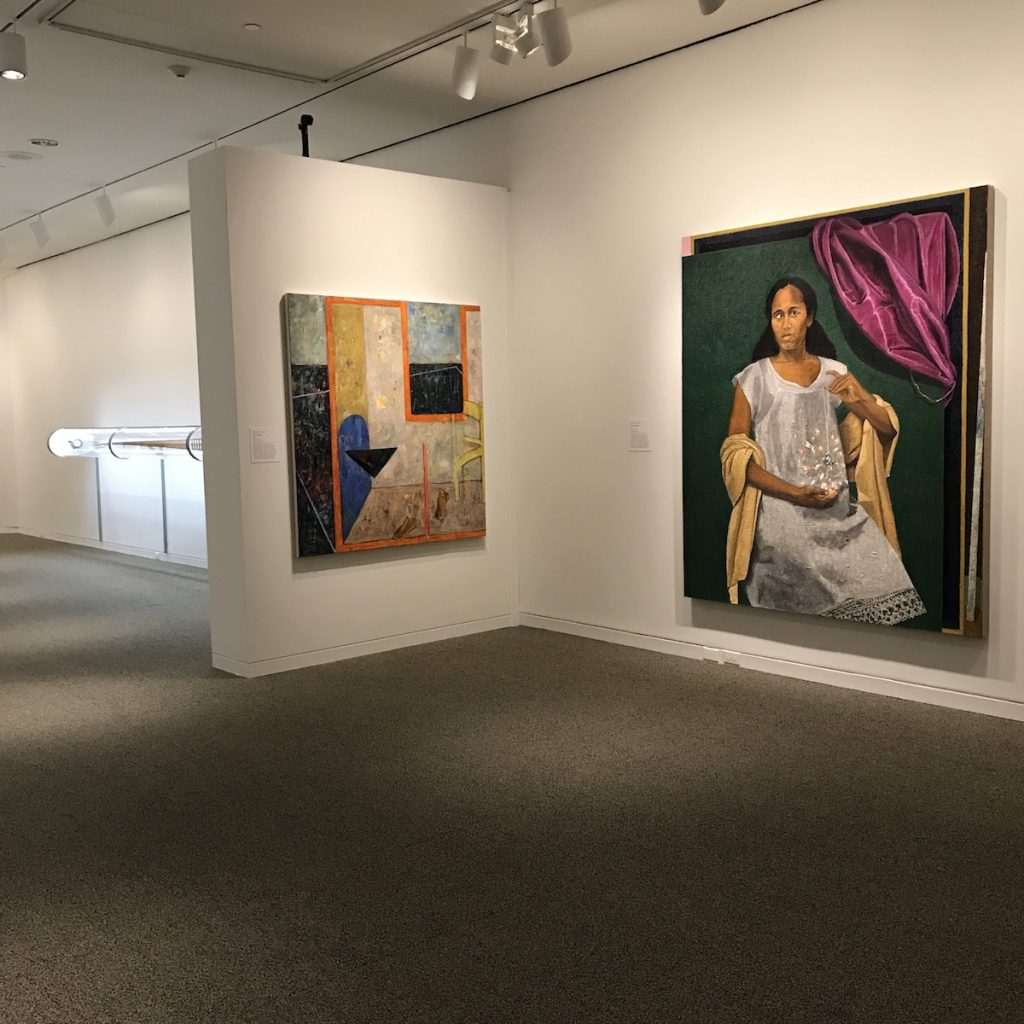 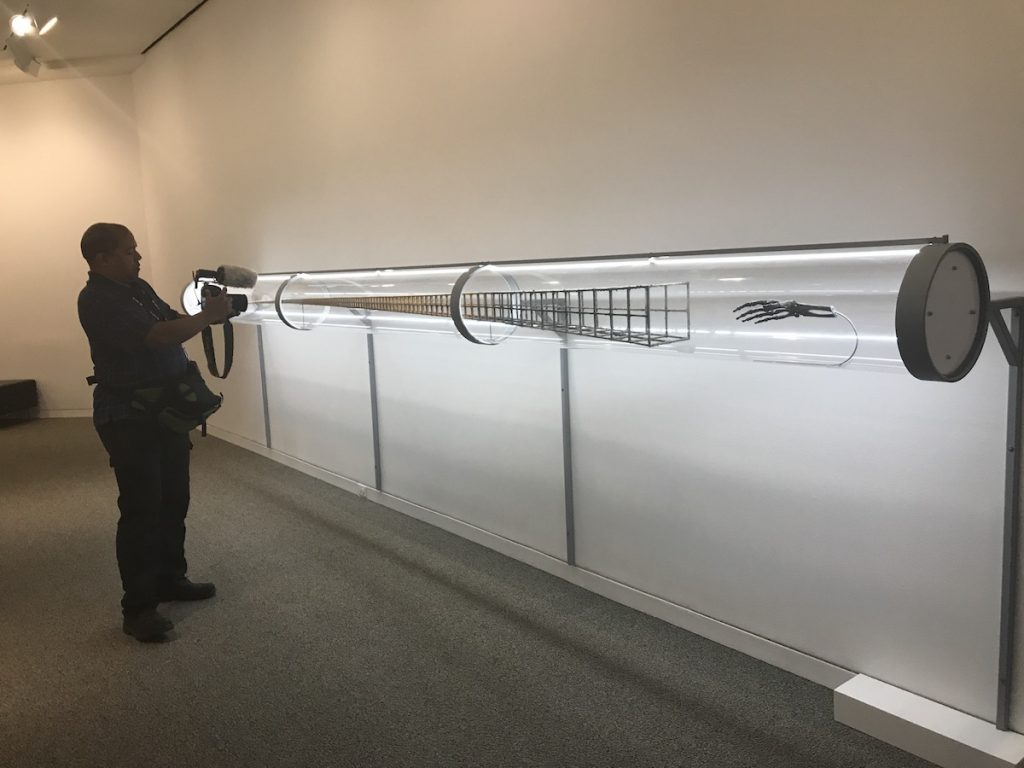 Benjamin Kelley (Baltimore, MD), is a 2010 Masters of Fine Art graduate of the Rinehart School of Sculpture at the Maryland Institute College of Art. Driven by the smell of oak, the cult of commodity, and the elegance of precision, Kelley re-contextualizes found objects with altered and fabricated structures. His works have been exhibited locally and nationally, including solo exhibitions in the Icebox Project Space at Crane Arts (a project of the Institute of Contemporary Art Baltimore) (Philadelphia, PA, 2016), CONNERSMITH. (Washington, DC, 2013), Open Space (Baltimore, MD, 2011), Patti and Rusty Rueff Gallery at Purdue University (West Lafayette, IN, 2009), among others. This work has also been featured in several group exhibitions, including those at the Baltimore Museum of Art (Baltimore, MD, 2015), the Katzen Arts Center at American University (Washington, DC, 2014), the Contemporary Museum (Baltimore, MD, 2012), Maryland Art Place (Baltimore, MD, 2011, 2010), Gallery Four (Baltimore, MD, 2010), and the Creative Alliance (Baltimore, MD, 2009). Kelley has been awarded the Toby Devan Lewis Fellowship (Richmond, VA) and the GoGo Emerging Artist Projects of CONNERSMITH., (Washington, DC). His work has also been featured in publications such as the Washington Post, Washington City Paper, and the Baltimore City Paper.  Kelley was also a finalist for the Janet & Walter Sondheim Artscape Prize in 2015. 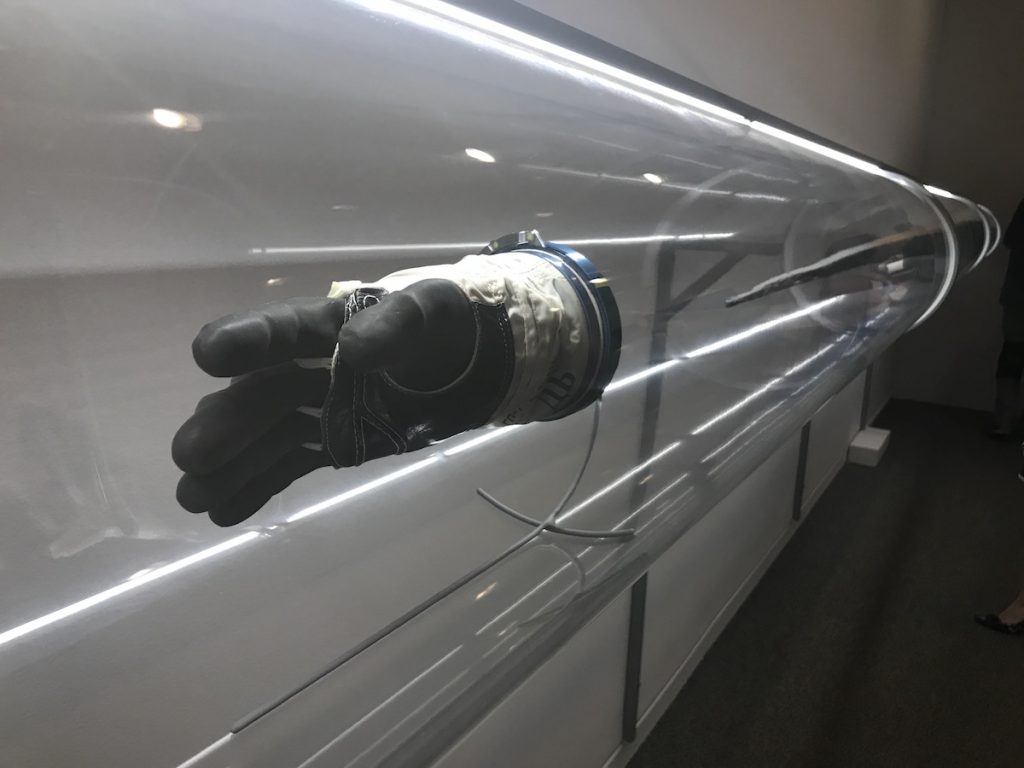 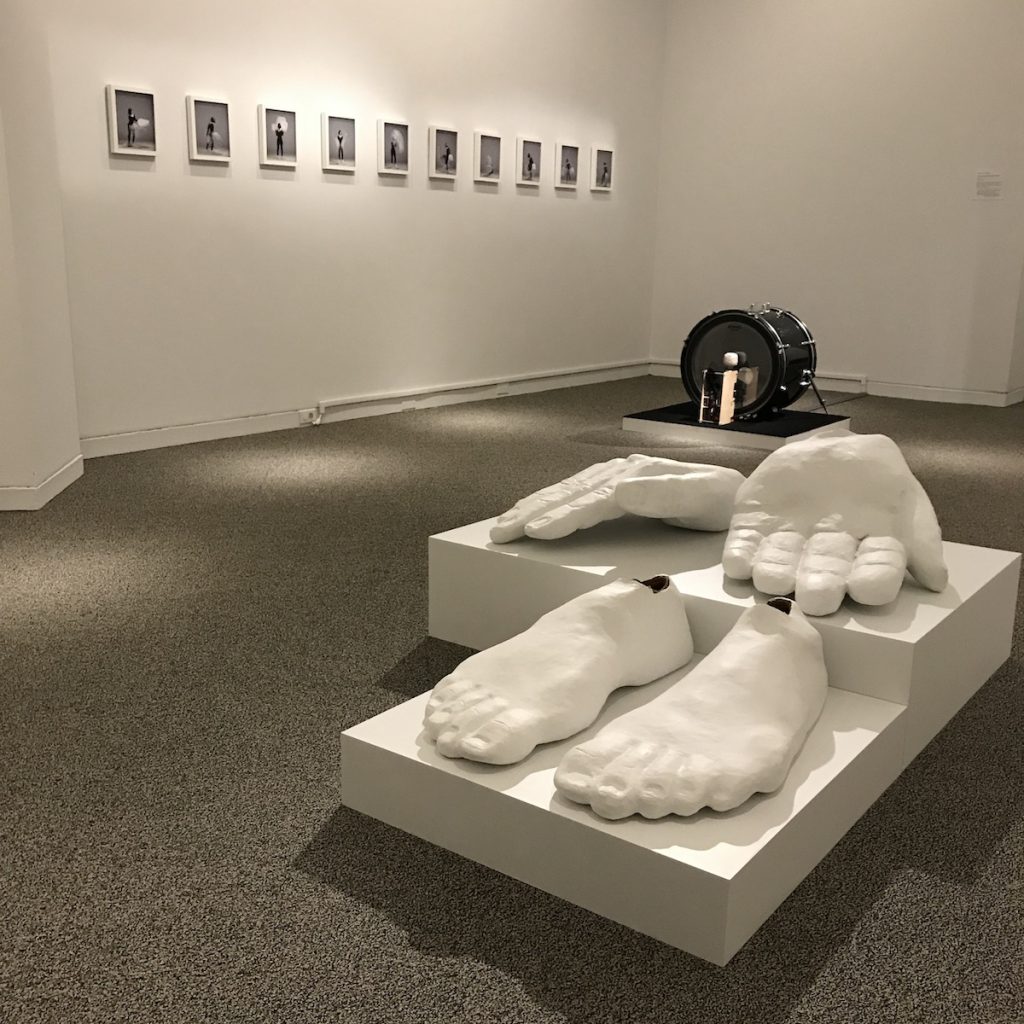 Sara Dittrich (Baltimore, MD) is an interdisciplinary artist creating objects, installations, and performances that investigate and amplify the dynamic rhythms of the body, and the interconnected patterns that reside in everyday life. Dittrich received her Bachelor of Fine Arts in interdisciplinary sculpture from the Maryland Institute College of Art in 2014, and has exhibited her work in numerous exhibitions including solo shows at the Washington Project for the Arts (Washington, DC, 2017) and the Urban Institute for Contemporary Arts (Grand Rapids, MI, 2015). She has also exhibited her work internationally at KIV Gallery (Prague, Czech Republic, 2014) and studied sculpture at the Academy of Arts, Architecture and Design in Prague. In 2013, Dittrich was awarded the Beers Contemporary Award for Emerging Art and has completed residencies at Sculpture Space (Utica, NY), Vermont Studio Center (Johnson, VT), and the Bemis Center for Contemporary Arts (Omaha, NE). 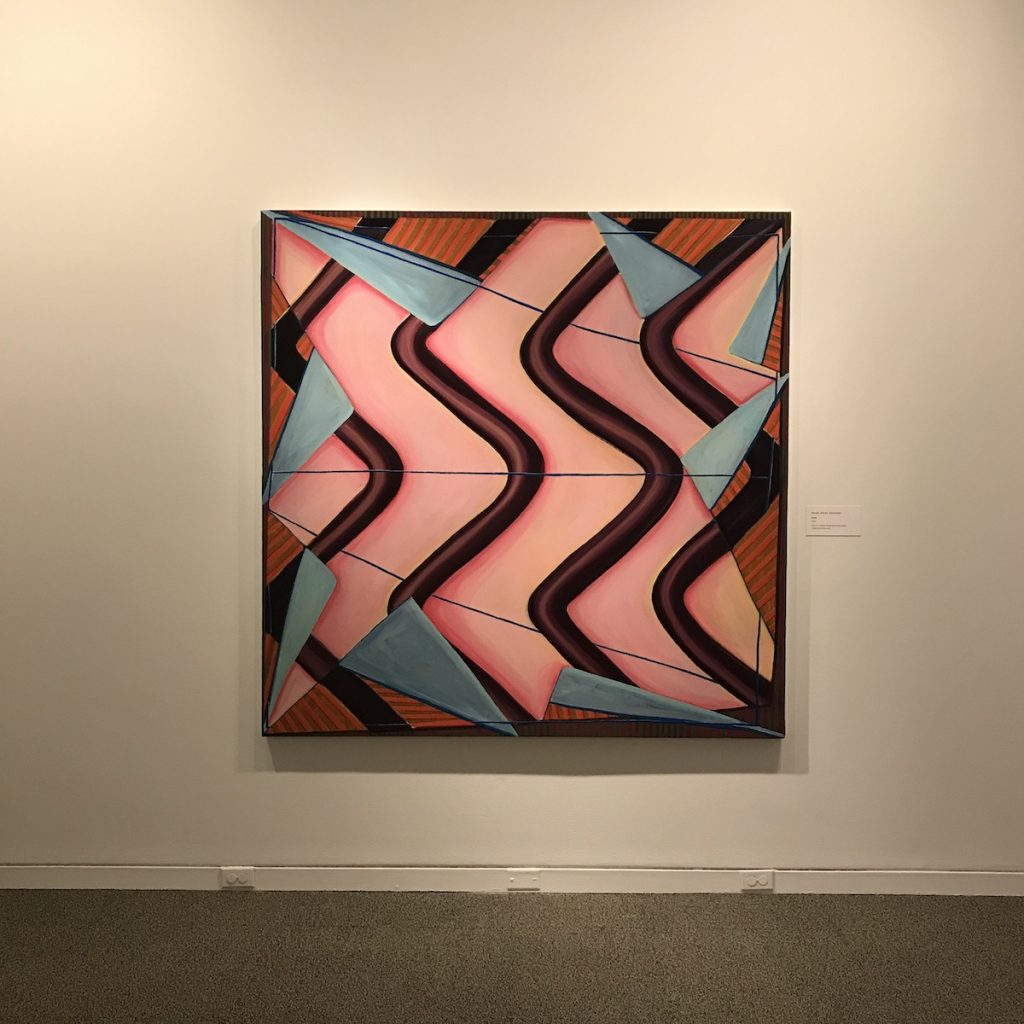 Mary Anne Arntzen (Baltimore, MD) is a painter whose work explores interactions between non-representational forms. Her work has been shown locally and nationally, including a solo exhibition at the Institute of Contemporary Art Baltimore (Baltimore, MD, 2013), as well as group exhibitions at Hillyer Art Space (Washington, DC, 2015), Arizona State University Art Gallery (Tempe, AZ, 2015), Salisbury University Gallery (Salisbury, MD, 2014), and School 33 Art Center (Baltimore, MD, 2012). She has completed residencies at the Wassaic Project (Anemia, New York), Vermont Studio Center (Johnson, VT) and Woodstock Byrdcliffe Guild (Woodstock, NY). Arntzen teaches at the Maryland Institute College of Art, George Washington University, and the Community College of Baltimore County.  She is also a member of the Institute of Contemporary Art Baltimore advisory board, and in 2016 she was awarded the Maryland State Arts Council’s Individual Artist Award in painting. 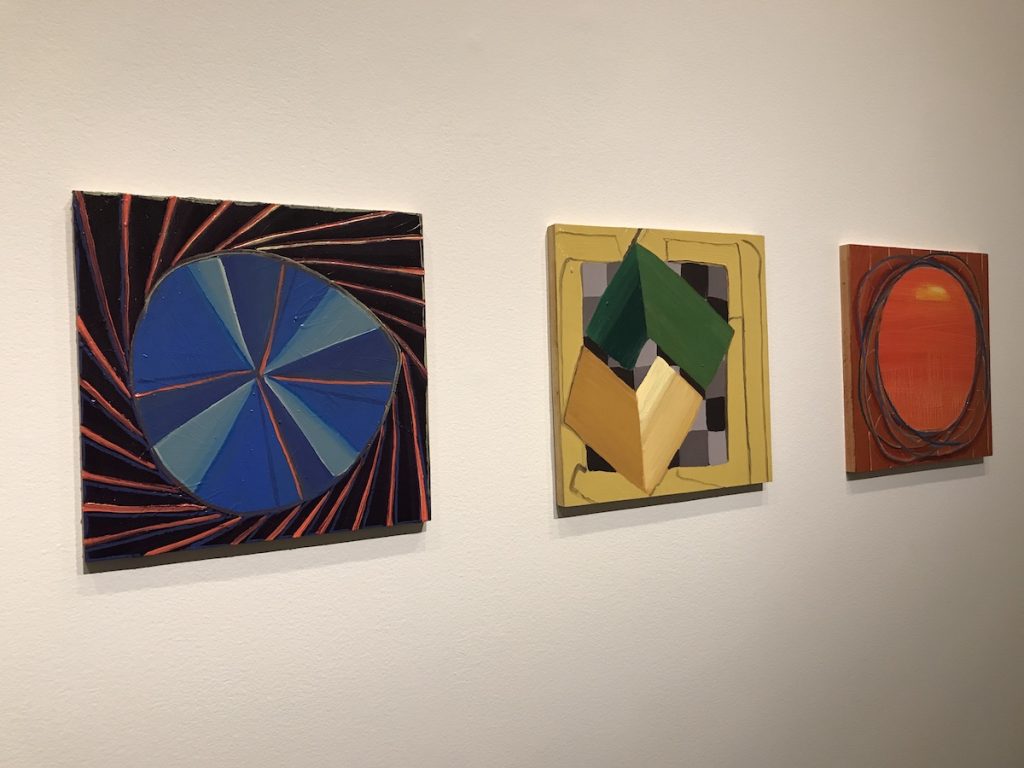 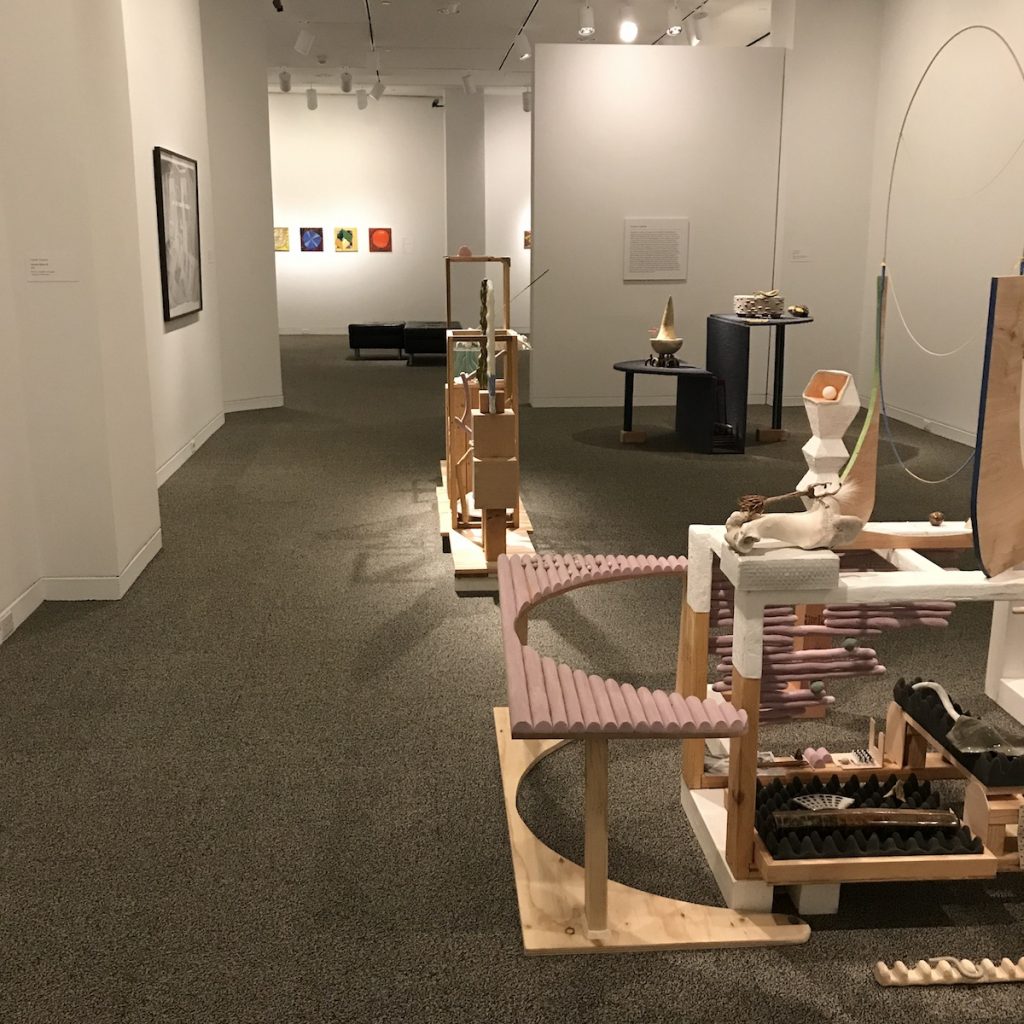 Cindy Cheng (Baltimore, MD) creates complex constructions and installations that investigate the relationship between drawings and objects and are incubators for history, memory and reflections on the physical and abstract self.  Her work has been featured in group and solo exhibitions at St. Charles Projects (Baltimore, MD, 2016), ‘sindikit (in collaboration with Cheeny Celebrado-Royer) (Baltimore, MD, 2016), Present Junction (Toronto, Canada, 2015), Thomas H. and Mary K. Williams Gallery at Mount Saint Mary’s University (Emmitsburg, MD, 2016), Flashpoint (Washington, DC, 2014), E-merge Art Fair (Washington, DC, 2013) and has an upcoming solo show at Ditch Projects (Portland, OR, 2017). Cheng received her BA from Mount Holyoke College. Cheng received a Post-Baccalaureate Certificate from the Maryland Institute College of Art (MICA) in 2008 and then earned her Masters of Fine Art from MICA’s Mount Royal School of Art in 2011. She is currently teaching at MICA in the Drawing Department, and has been a resident at the Vermont Studio Center (Johnson, VT) and at the Anderson Ranch Artist Residency (Snowmass Village, CO).  In 2016, Cheng and was a finalist for the Trawick Prize and in 2013 a semifinalist for the Janet & Walter Sondheim Artscape Prize. 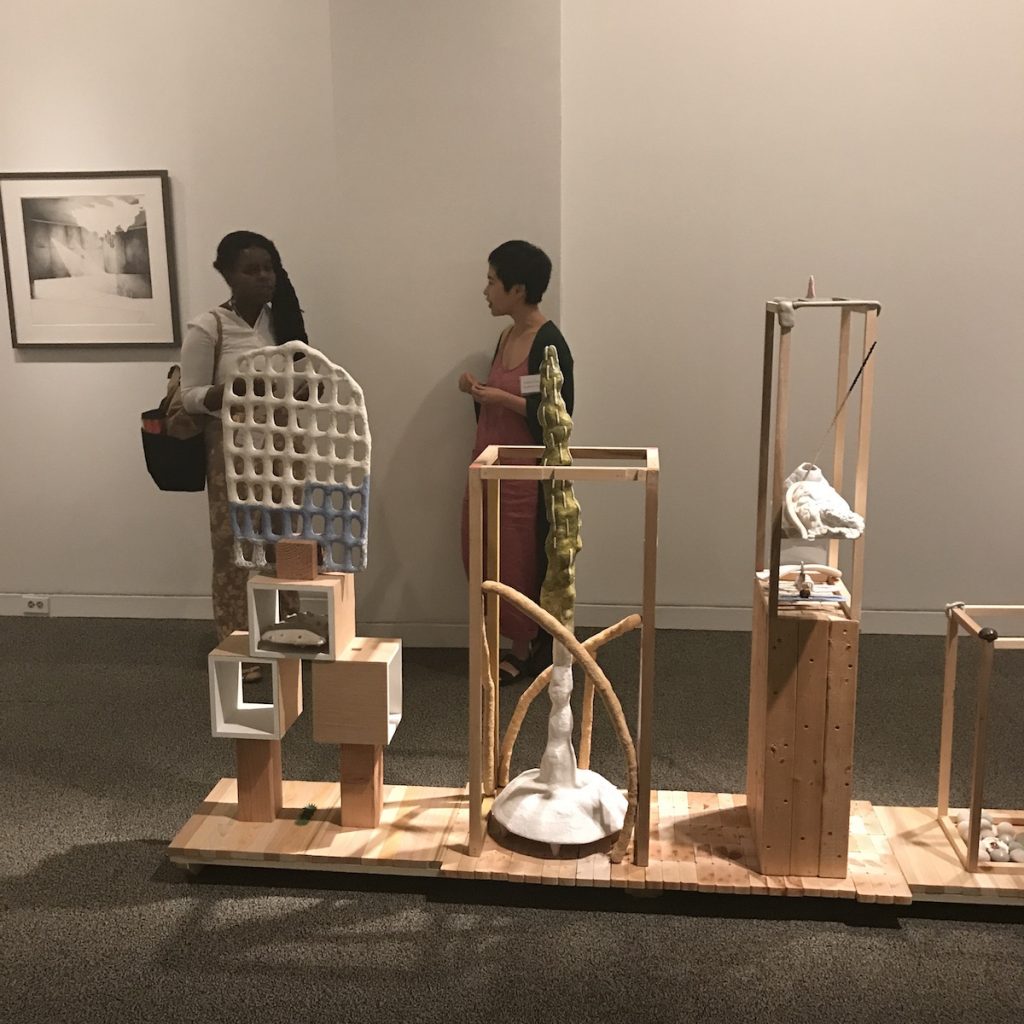 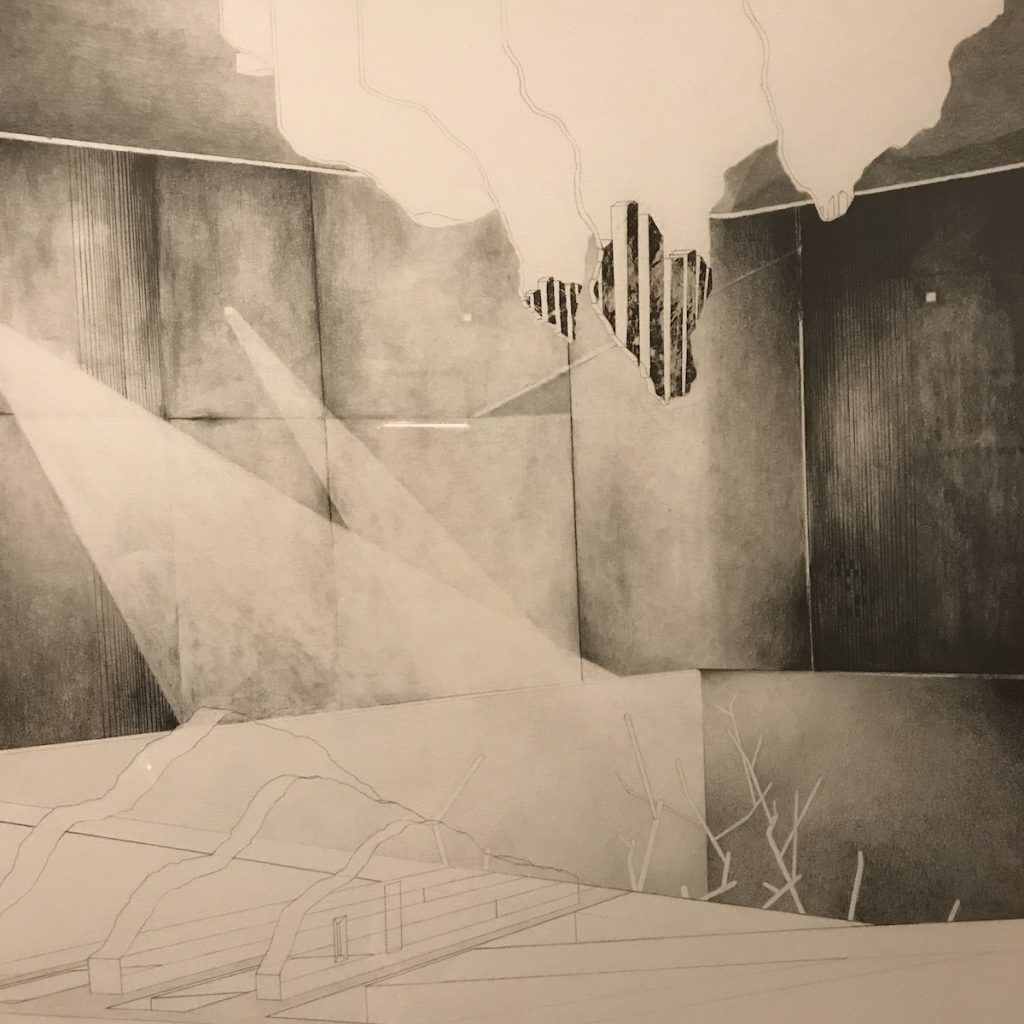 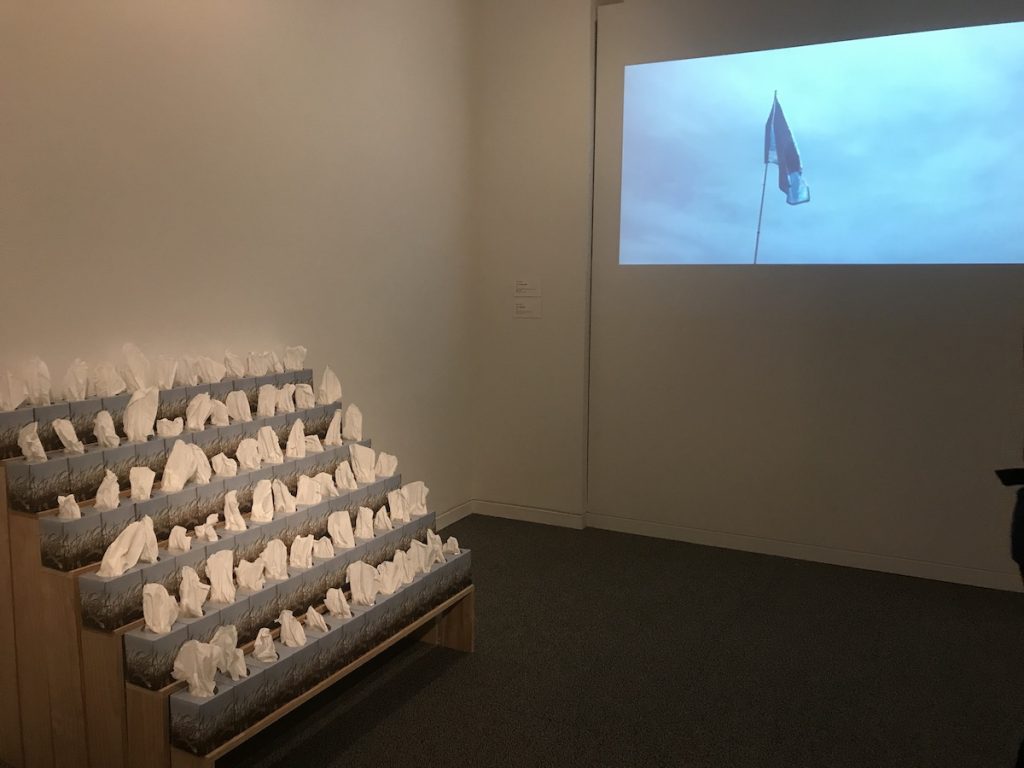 Amy Yee (Baltimore, MD) explores the intersection of popular culture, simulacra, and professional sports through her work in 3D installation, photography, and video. She is a 2015 Masters of Fine Art graduate of the Maryland Institute College of Art’s Rinehart School of Sculpture, where she was the recipient of the Amalie Rothschild Award, and a 2011 Bachelors of Art graduate of Smith College. Her work has been exhibited locally at Current Space (Baltimore, MD, 2017), School 33 Art Center (Baltimore, MD, 2016) and Terrault Contemporary (Baltimore, MD, 2015). Yee has been featured nationally in exhibitions at the Diego Rivera Gallery at San Francisco Art Institute (San Francisco, CA, 2012), Crane Arts’ Icebox Project Space (Philadelphia, PA, 2016) and Vox Populi (Philadelphia, PA, 2015).  Yee was also awarded an artist residency in 2015 at the Kimmel Harding Nelson Center for the Arts (Nebraska City, NE). 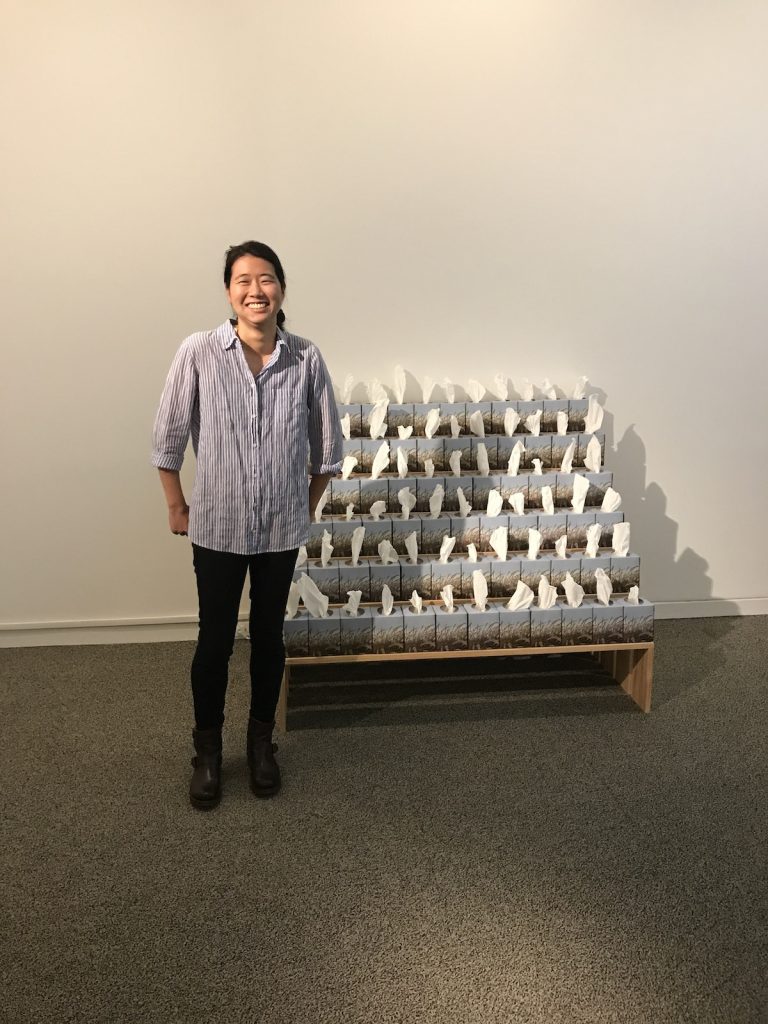 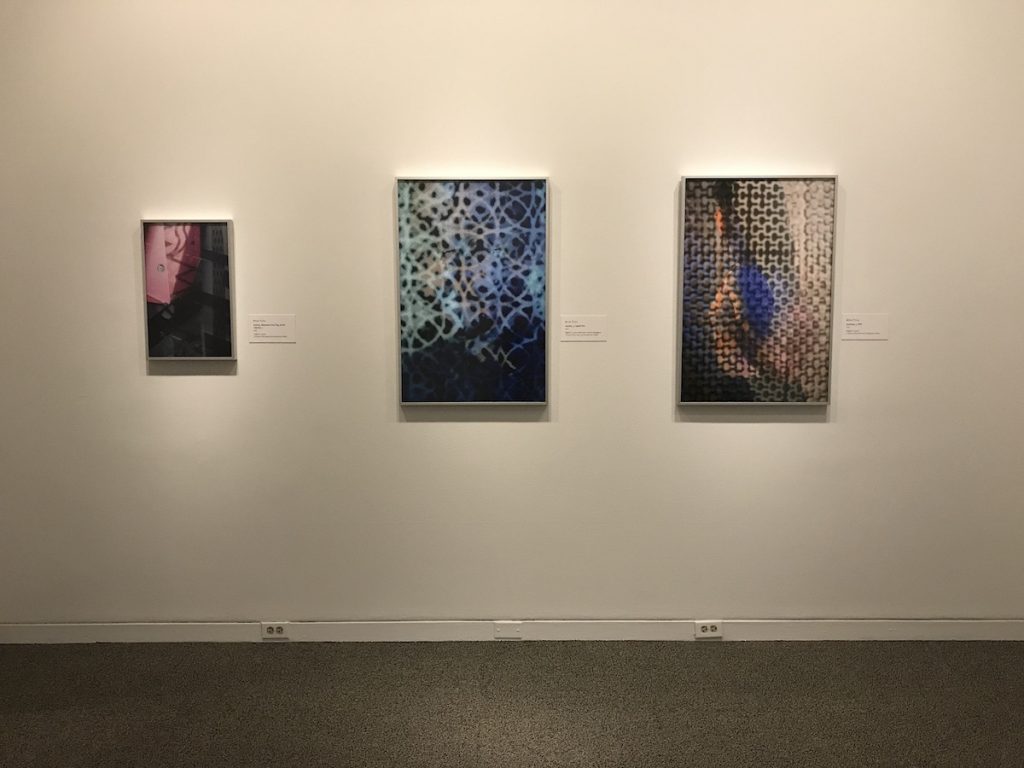 Kyle Tata (Baltimore, MD) is a native of Baltimore City and a 2012 Bachelors of Fine Arts graduate of the Maryland Institute College of Art. His work primarily uses photography, printmaking, and artist books to explore the themes of history, design and architecture. Tata has an extensive local and regional exhibition history, including exhibitions at  the Hamiltonian Gallery (Washington, DC, 2016, 2015), Area 405 (Baltimore, MD 2016), Spudnik Press & Gallery (Chicago, IL, 2014), Silvermine Arts Center (New Canaan, CT, 2014), Current Space (Baltimore, MD, 2013), the International Print Center (New York, NY, 2013), Furthermore Gallery (Washington, DC, 2013), and Philadelphia Photo Arts Center (Philadelphia, PA, 2013). His artist books are held in the collections of the Los Angeles County Museum of Art (Los Angeles, CA), The International Center for Photography (New York, NY) and the Indie Photobook Library (Washington, DC). Tata is currently in the fellowship program at the Hamiltonian Gallery, and since 2013, has been an arts instructor at the Baltimore School for the Arts. In 2014, Tata was also a finalist for the Janet & Walter Sondheim Artscape Prize. 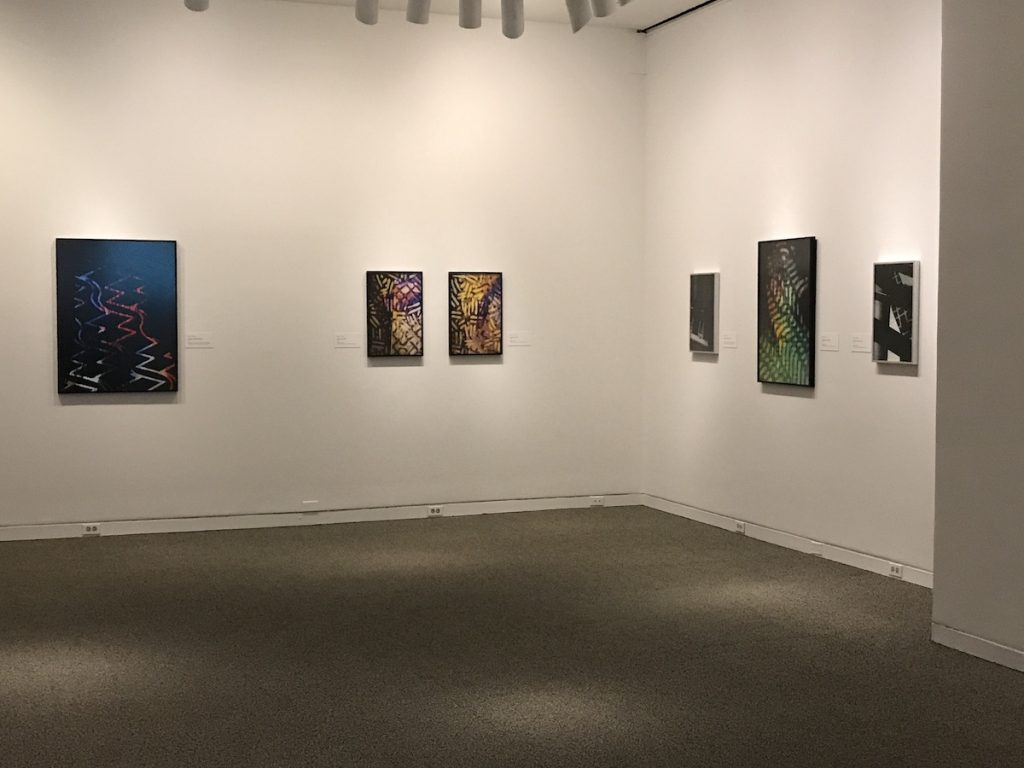