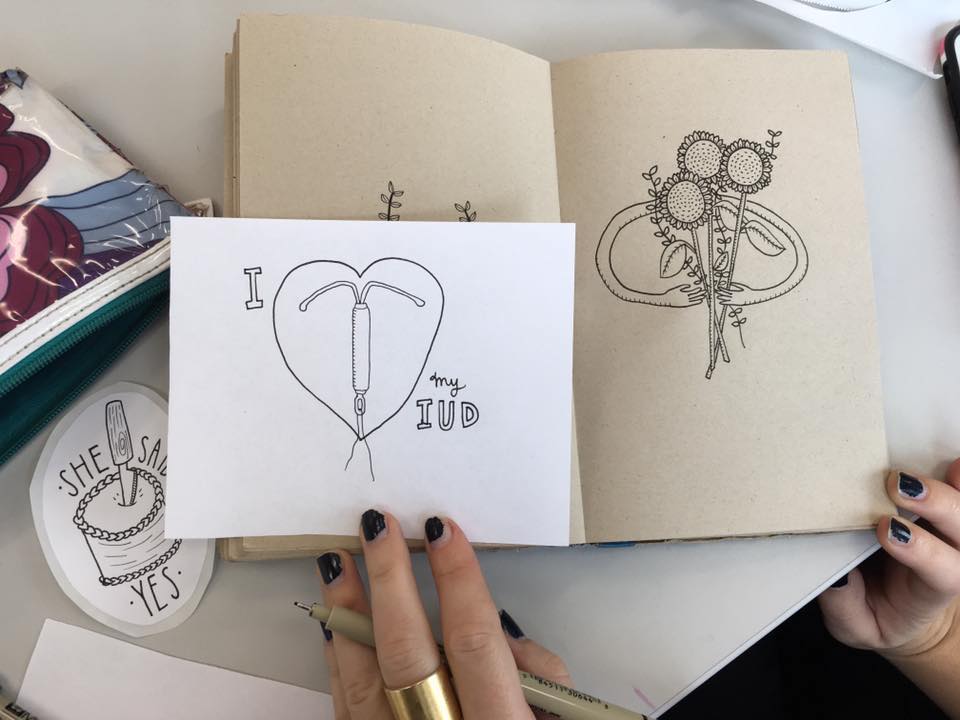 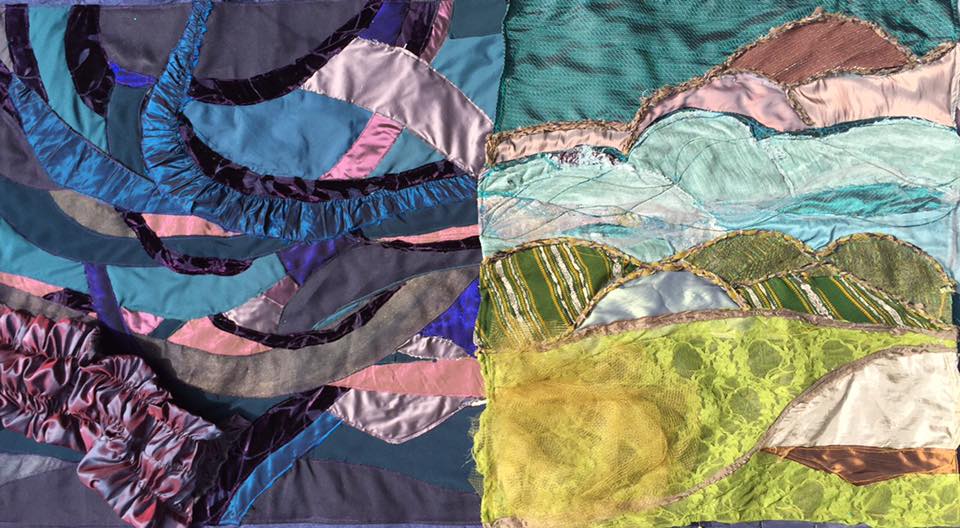 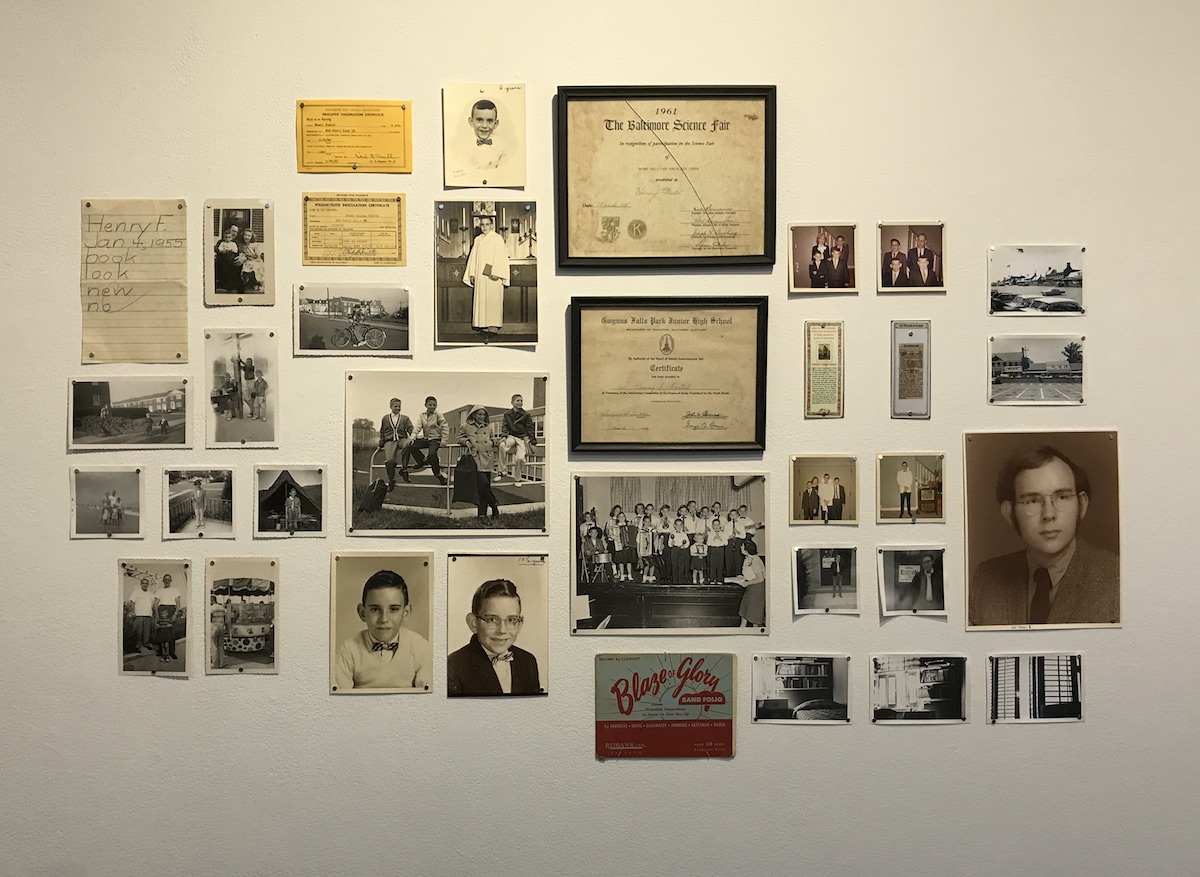 Artist Erin Fostel is still keenly feeling the loss of her father, an architect who passed away in late 2014. Her current exhibition of charcoal drawings at Goucher’s Rosenberg Gallery, accompanied by a curated selection of her father’s personal items, is a haunting experience. The exhibit, titled The Weight of Absence, offers a space for healing and remberance.

As you enter the large gallery, the viewer is met with a substantial collection of large and small charcoal drawings depicting Baltimore buildings. Each prominently displays a church, a mausoleum, a pumping station, or other structure: somnolent, austere images, which reveal once familiar reflections of lost time. The artist creates dramatic, charged atmospheres; stark blacks and piebald flashes are emphasized by unconventionally bold lighting and contrasts. Time of day is never clearly defined, and gives the impression of almost nocturnal moments, as though the shadows are cast by moonlight. 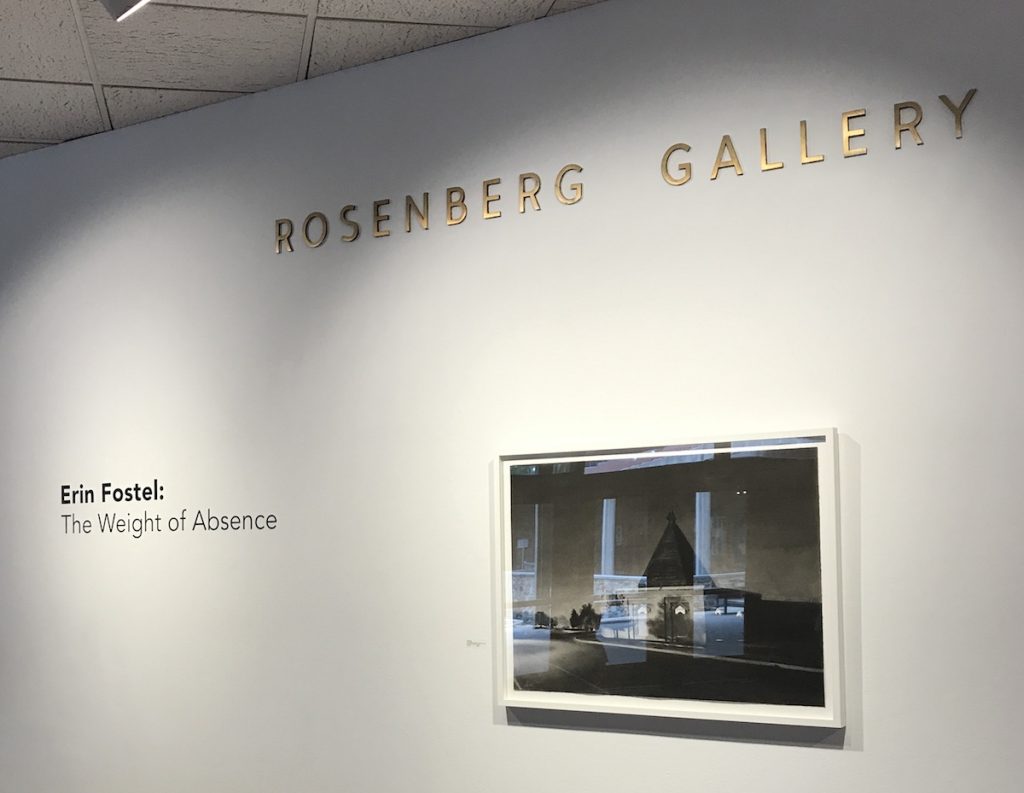 The buildings themselves illuminate an incandescent glow from within, evoking strange echoes of the past and the loved ones that occupy those palpable and fleeting memories. This radiance is never interrupted by the presence of overt human activity; all are unoccupied.

Portions of these drawings are sometimes left unrendered, fading to white space, though they do not feel unfinished. Instead, it’s as if certain details, which have failed to be fully recollected, have evaporated. They have been burnished away, forever forgotten. The metaphor in these mysterious, architectural drawings is how doleful longing and blissful reflection entwine. The viewer is taken on an introspective journey; it’s a mournful yet gentle reverie.

The sole portrait of the show was created in 2003, when the artist was a college student. It is an emotional scene of the artist’s father: his face partially concealed in his hand, with his arm resting on the kitchen table supporting the weight of his head. The viewer learns this was a habitual pose, a brief moment of respite meant to gather himself after his daily insulin injection. This powerful portrait reveals the indefeasible dignity of a good man in a vulnerable moment. It acts as a bridge to the companion series of the show: an assemblage of mementos and artifacts from her father’s life.

The viewer is presented with an affectionate glimpse into the life of the artist’s father, Henry Fostel, through an arrangement of family keepsakes, personal effects, and documentation of auspicious occasions: childhood and family photographs, academic awards, certificates of honorary achievements, news clippings of professional accomplishments and work within the community. It is obvious that he was a devoted husband and loving father, providing a happy and meaningful life for his family. 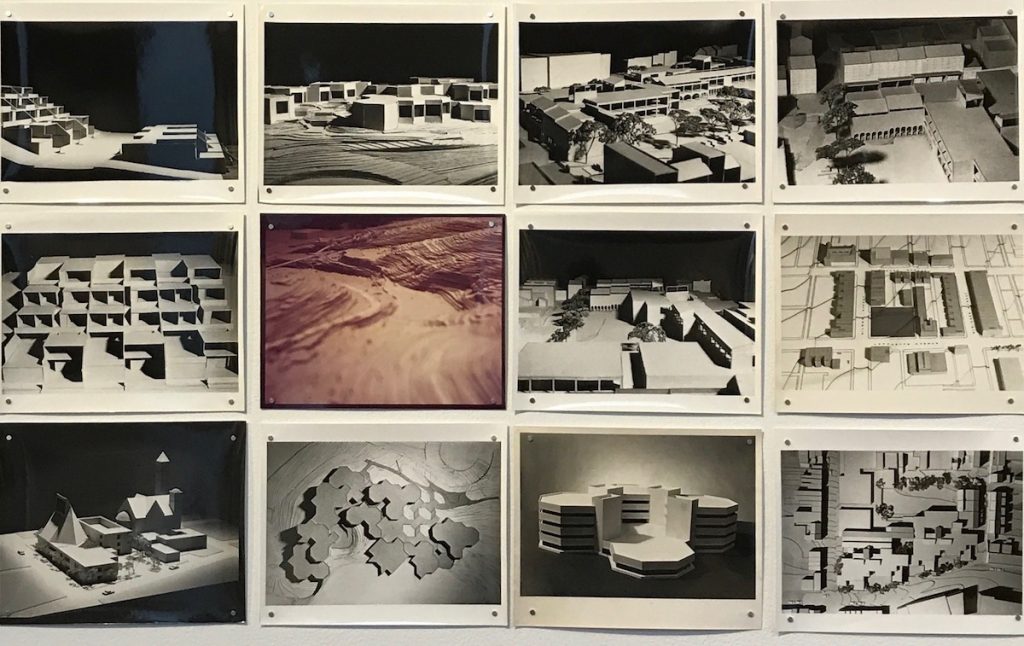 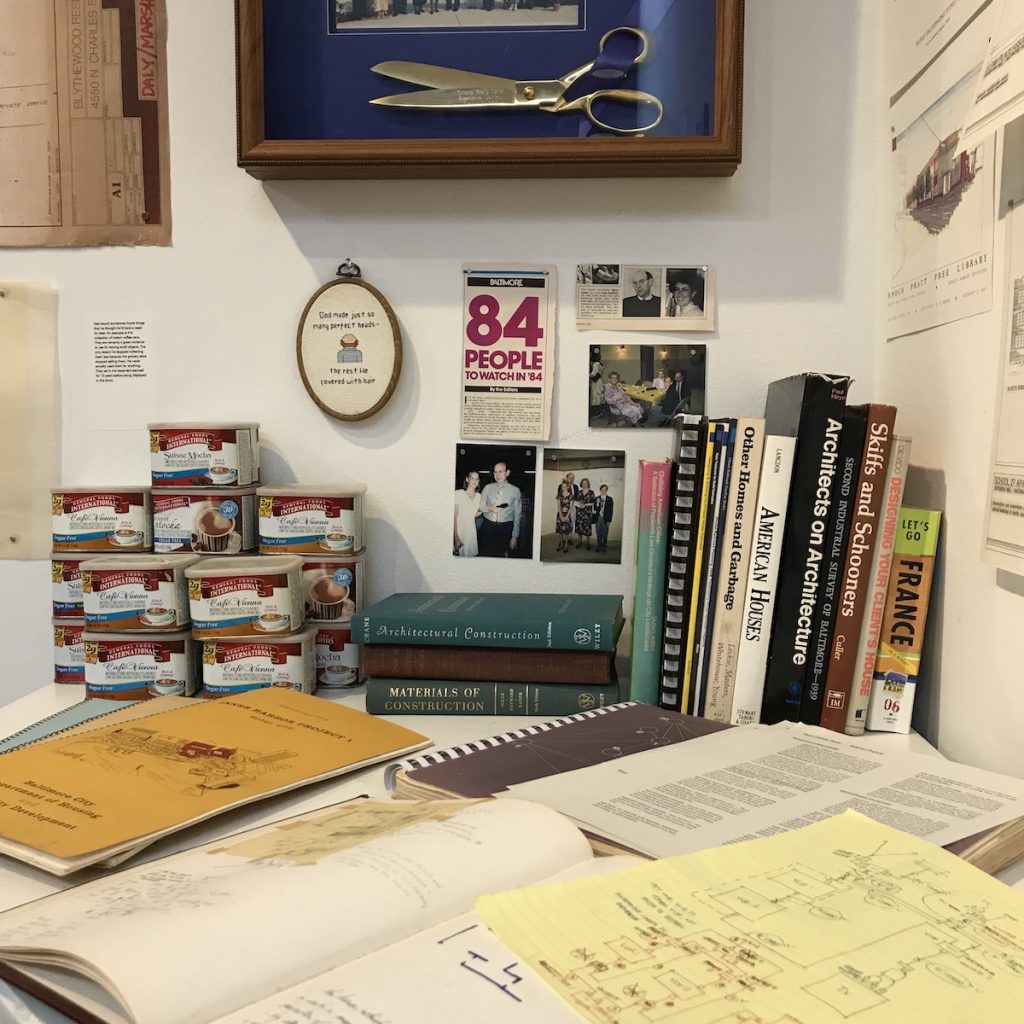 His early interest in architecture becomes evident; a pursuit that became his lifelong passion. In the early 80’s, he designed and built a house for his family on a vacant lot on North Charles Street, Erin’s childhood home.

An array of architectural drawings, handmade models, drafts and blueprints that span Henry Fostel’s career show him to be an accomplished architect. Unique to his style and personal preferences, this collection of sentimental objects–a felt bifold wallet, a used brush, a striped tie, a rubber stamp, a black beret– are displayed as irreplaceable, uncommoditizable items. They create a portrait of their own, a testament that a good man is not easily forgotten.

These objects, when viewed in conjunction with Erin Fostel’s dusky, contemplative architectural drawings, combine into an authentic moment of remembrance, an earnest supplication. This is a chance for the viewer to ruminate over their own past: the meaningfulness of memories, the value that grief places on life, and the acknowledgment that we are all a little bit sadder than we would like to admit.

The show terminates with sobering finality. The viewer is confronted with a stark image which reminds us of our own mortality, the ephemeral nature of living, the lasting legacy that an abundant life can leave behind, and probably the most harrowing drawing experience of Erin Fostel’s artistic career: a charcoal rubbing of her father’s gravestone.

This is a show that will move and console an aching heart. 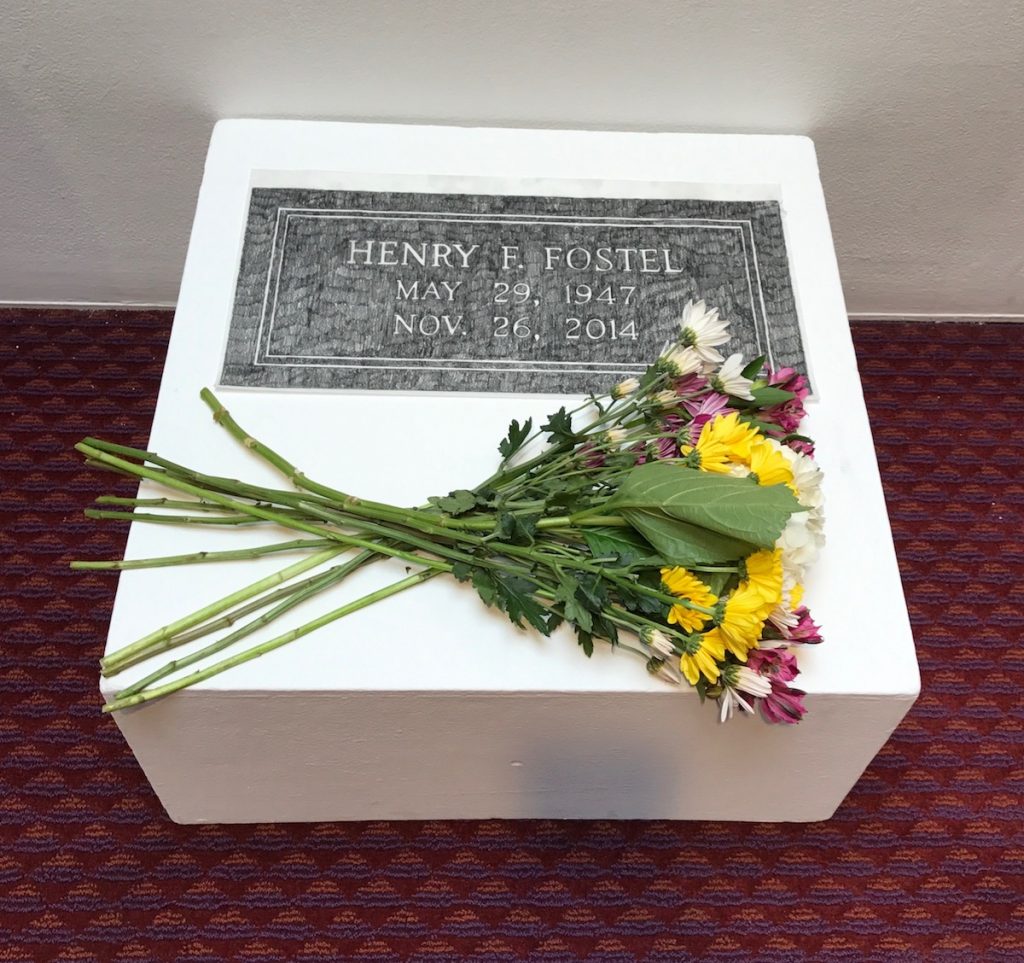 Author Bio: Matthew Connelly is a Baltimore based artist and writer. He is a B.S. graduate from Stevenson University.

Erin Fostel: The Weight of Absence will be presented from Tuesday, June 10, until Sunday, August 13, 2017.