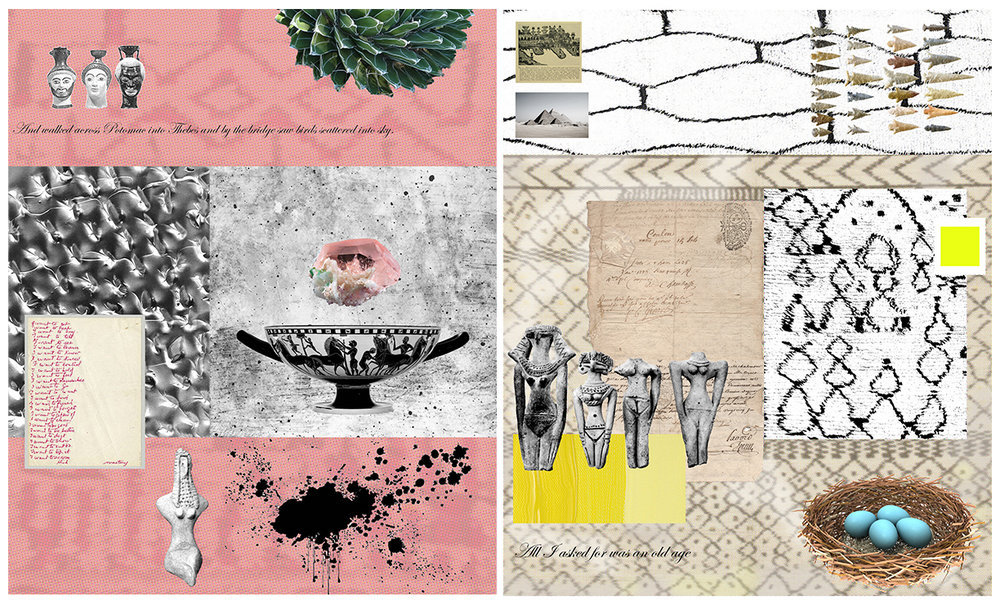 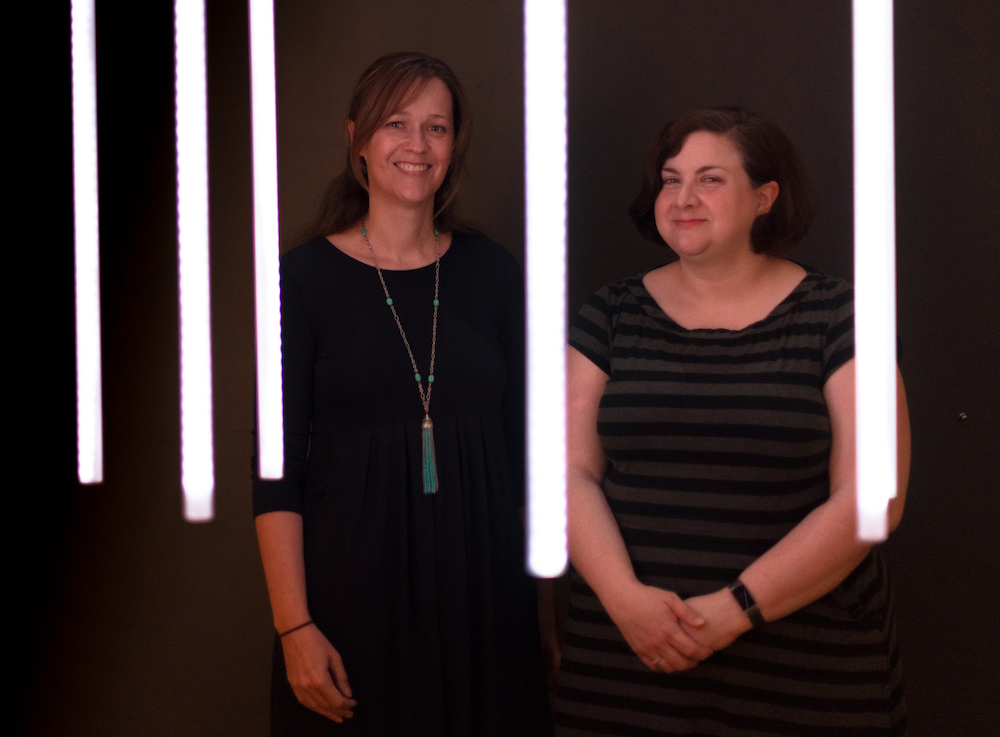 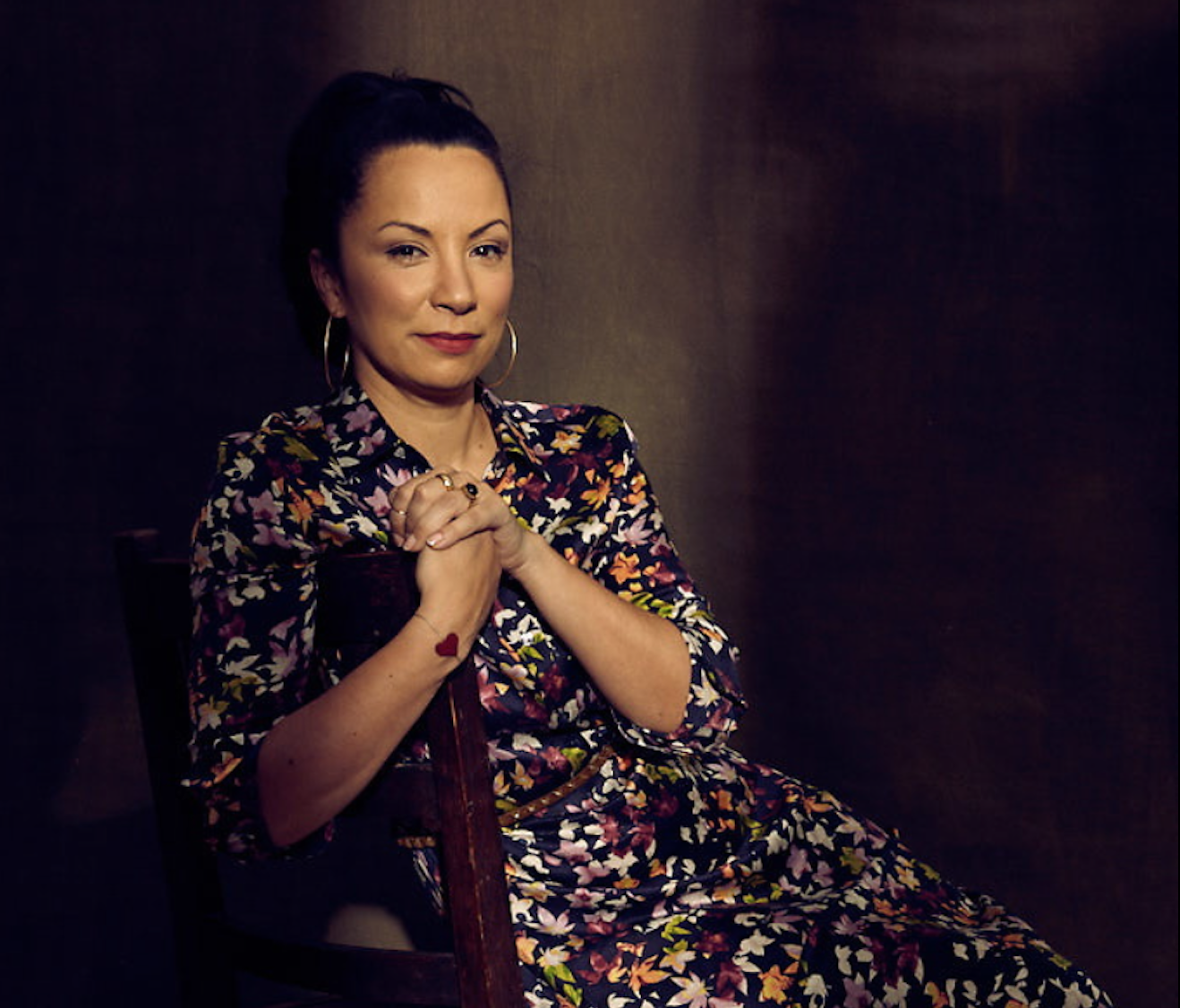 Theatergoers, picture this: You’re in your seat dutifully being as quiet as possible. You’re watching a story unfold onstage when, out of the corner of your eye, you spy somebody a few seats or rows over raising her phone before her face. She’s so engrossed by what’s going she wants to take a photo. No flash, no audible shutter click, just a quick raised smartphone. Would you summon an usher? What if—hold onto your pearls—she was so enrapt by the play she verbally responded. Answered a rhetorical question. Right on’d a character. Would you shush her?

Conventional performance etiquette says you narc on such people out of “respect” for the performers; Stephanie Ybarra, the recently installed Artistic Director at Baltimore Center Stage, knows there are different paths to create respect for everybody at a performance. The native Texan and 20-year theater veteran comes to Baltimore from New York’s Public Theater, where, as Director of Special Artistic Projects, she led the Public’s Mobile Unit. In 1957 Public founder Joe Papp’s mobile theater began traipsing around New York performing Shakespeare in all five boroughs. The program was halted in 1979 and revived as the Mobile Unit in 2010, with Ybarra taking over the reins in 2012. Wherever Ybarra and the Mobile Unit went—gymnasiums, homeless shelters, libraries, multi-purpose rooms, prisons, and more—they’d set up a 14- by 14-foot performance area with seating surrounding it. And, as they went around New York, Ybarra says the actors’ relationship to the audience evolved.

Ybarra calls the attitude change revolutionary. “There’s this amazing anecdote from early in my time in the Mobile Unit where I was on tour with the actors,” she says during an interview in her Center Stage office. Smart, direct, and candid, Ybarra says the performers initially asked her to encourage people to be quiet during her curtain speech before the show. Over the course of the tour they relaxed on two things. One, they allowed people to come and go as they pleased. If people needed to use the restroom, they’d get up and come back, no need to wait for intermission. And they allowed people to take pictures. No flash, no video, put capturing a memory of the moment? That was OK.

By the time the tour returned to the Public Theater’s home base, “where we have our traditional audiences,” Ybarra continues, the asked told her, “‘Stephanie, when you go out to do the curtain speech, could you maybe encourage the audience to be more vocal and sort of play along with us?'” Ybarra’s answer was a resounding yes. 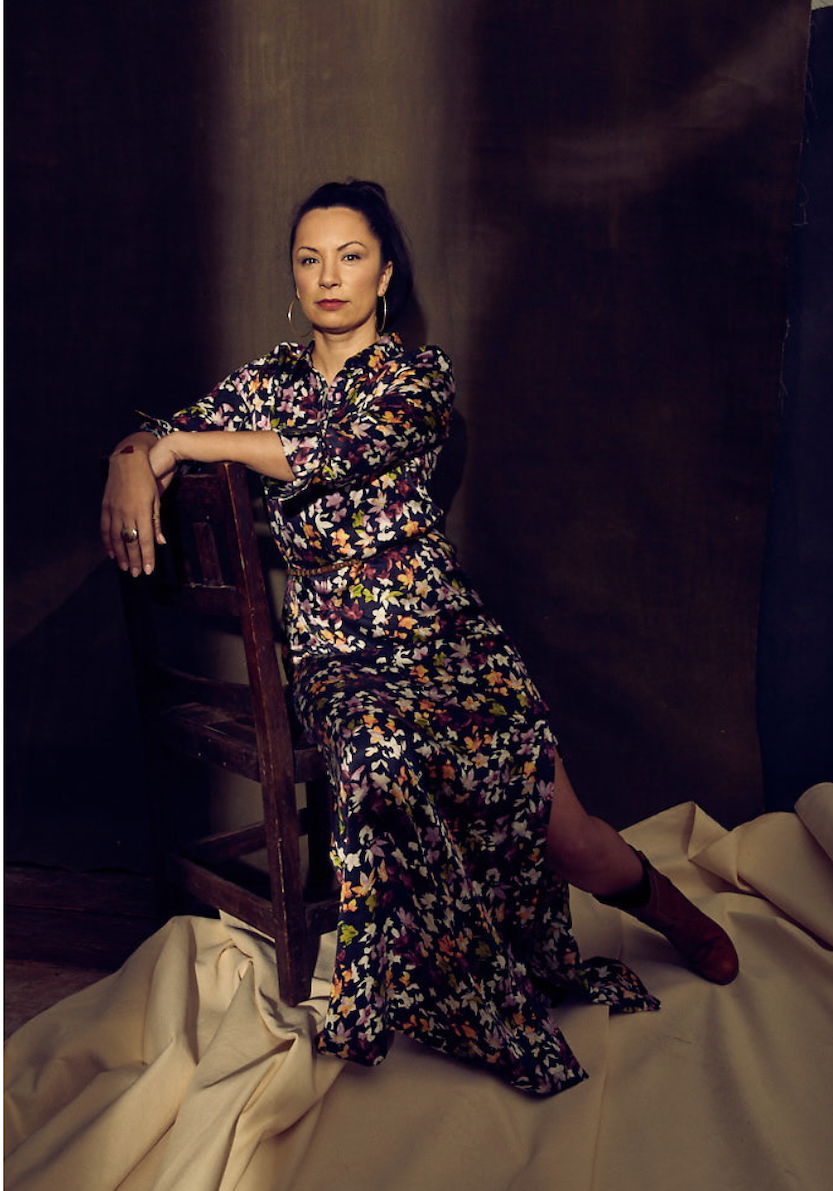 In March, Center Stage announced its 2019-20 main stage season, the first under Ybarra’s curation, and it’s a refreshingly unsafe lineup of contemporary playwrights, directors, and theater artists: Whether it be the season-opening musical Miss You Like Hell, a road story about a teenage girl’s journey across the country with her undocumented immigrant mother or an imaginative, politically attuned version of Euripides tragedy The Bakkhai to end the season, it’s an adventurous lineup where “every one of these shows is 1,000% a reflection of my aesthetic values, my sociopolitical interests, and what I think theater should be,” Ybarra says.

She’s thinking of this first season as a call to the regional community, and “I’ll spend the next season listening to the way audiences respond to the shows themselves,” she says. “I know the titles are unfamiliar, but the stories are incredibly familiar, and the form of the shows will be incredibly theatrical and, I hope, embracing the most of what people enjoy about going to the theater.”

Ybarra is only Center Stage’s third artistic director in the past quarter century, following Irene Lewis (1992-2011) and Kwame Kwei-Armah, who left last year to become the artistic director of the London’s esteemed Young Vic Theatre. Ybarra is the first Latinx woman to lead a major American theater company, with a résumé ripe with experiences developing women and Latinx theater artists, with New York’s WP Theater and New Jersey’s Crossing Borders festival. And in the fall of 2016 after the presidential election, she and fellow theater artists Jacob G. Padrón, David Roberts, and Roberta Pereira formed the Artists’ Anti-Racism Coalition to work on undoing racism in New York’s off-Broadway theater community.

That said, Ybarra calls the Public’s Mobile Unit “my most formative professional experience to date,” she says. “It forced me to take a look at producing in a different context, producing without all the trappings of a theatre. It revealed to me the myriad barriers that exist between possible audiences and our art form. Barriers that are not about finances, that are not even about geography. The barriers had everything to do with the tacit rules of engagement that we as arts goers abide by. I learned what it means to really show up inside a community space and reactivate that space, but more than that I learned quite a lot about what it means to truly make theatre accessible and porous enough for people to engage with theatre on their own terms and not exclusively on our terms.” 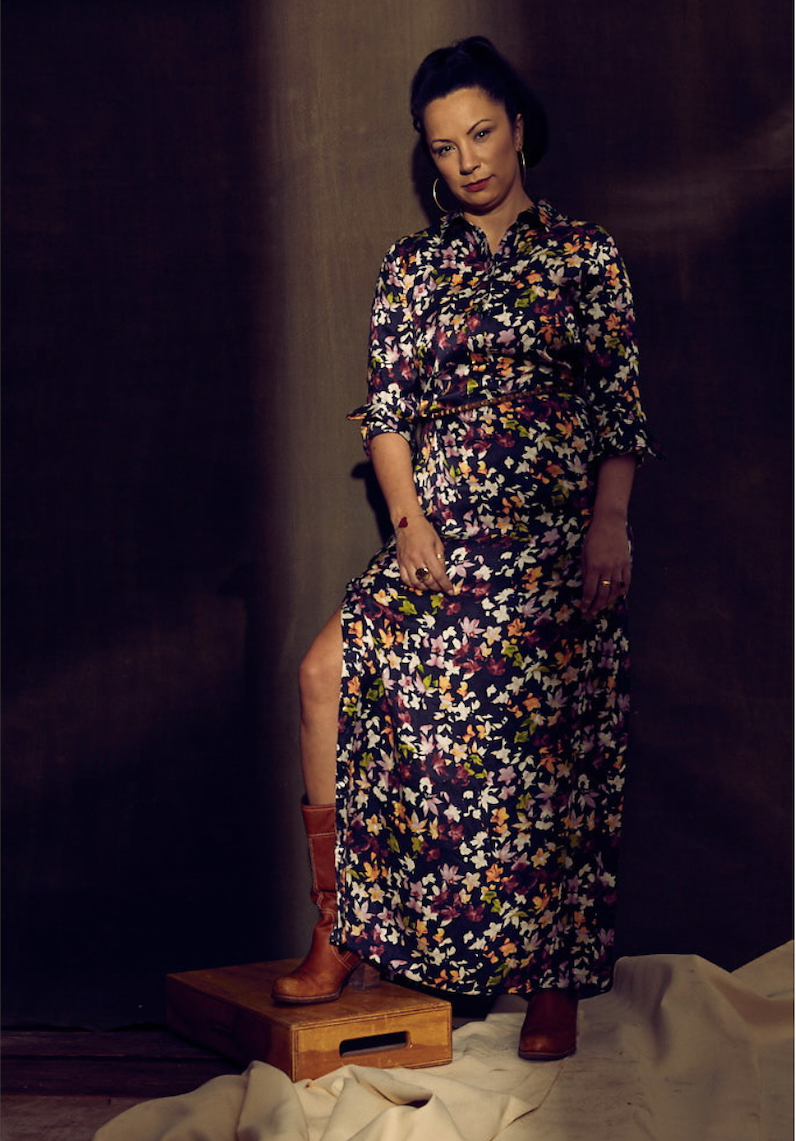 That sound you may hear is establishment arts administrators reaching for their anti-anxiety meds. One of the biggest, if not the biggest challenges facing arts organizations in America is that annoyingly vague word “diversity.” It’s the anodyne way institutions acknowledge that their programming, leadership, staff, creative content, and audience is overpopulated with a limited perspective—more often than not white, cisgender male, heterosexual—that needs to broaden to reflect the many different people who make up the country at large. And organizations have tried to remedy that through various outreach efforts, collaborative public programming, diversity hire initiatives, etc. Chances are if you’ve worked in any kind of nonprofit over the last 15 years, you’ve sat in a room with a bunch of other white people trying to strategize how to reach out to “diverse” audiences—people of color, LGBTQ+, disabled, lower income, and on and on and on.

Ybarra’s zeroing in on the “tacit rules of engagement that we as arts goers abide by” focuses the diversity question back on the arts community itself, asking what in the way art is produced might be excluding people from participating. That query doesn’t necessarily mean that Center Stage is going to start allowing photos to be taken or people to come and go as they please from their seats during mainstage productions, but it does involve theater companies interrogating their own internal practices.

That self-examination is what Ybarra and her Artists’ Anti-Racism Coalition co-founders starting doing in New York. Instead of focusing on the things they can’t control, such as who is coming to the theater, they turned their attention to the things they can control: looking at the demographic data about which playwrights being produced, directors being hired, and the sizes of the theaters where they’re being produced, which affects earning potential and who is getting reviewed.

Since the Artists’ Anti-Racism Coalition’s inception, its cofounders have spread out from New York— Ybarra is now in Baltimore, Padrón is the artistic director of Long Wharf Theater in New Haven, and Goyanes is the artistic director at the Woolly Mammoth Theater in Washington, DC—where they’re continuing their interrogation of theater communities. “The real place where I’ve focused my energy here is on who we’re hiring, how much money we’re paying them, and how many resources they have access to,” Ybarra says. “There is this litany of systemic grossness that exists in just that practice of making the art before it even gets out to audiences.”

She’s not implying that Center Stage wasn’t paying attention to or tracking such things before her arrival, merely that she’s trying to take a deeper look at the organizational processes behind decision making where confirmation bias might seep in. We, in so many aspects of our lives, tell ourselves so many stories about ourselves that it’s difficult to recognize the moments where we are unintentionally perpetuating systemic exclusion and oppression.

This challenge is worth the effort. “It’s really hard work—it’s big and it’s unwieldy and it takes time,” she says, before adding, “But it’s also not. You simply have to be willing to look at the thing that you love deeply right smack dab the face and know that you can love it and see it for all the ways that it needs to improve.” 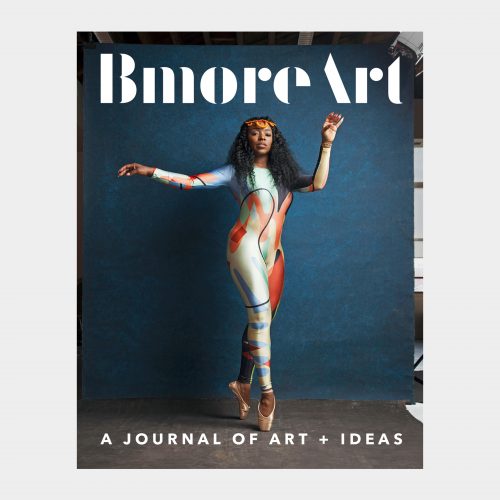