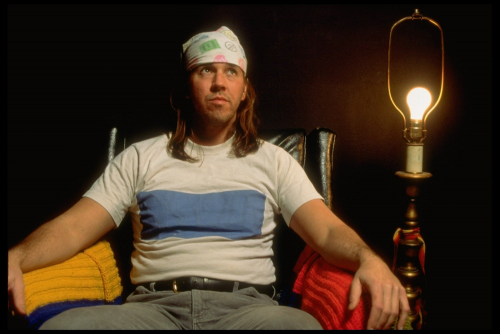 The Internet Is Exploding 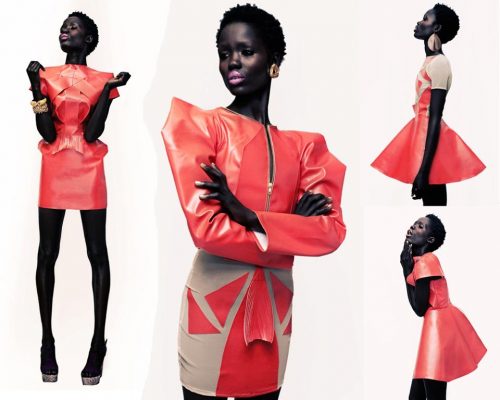 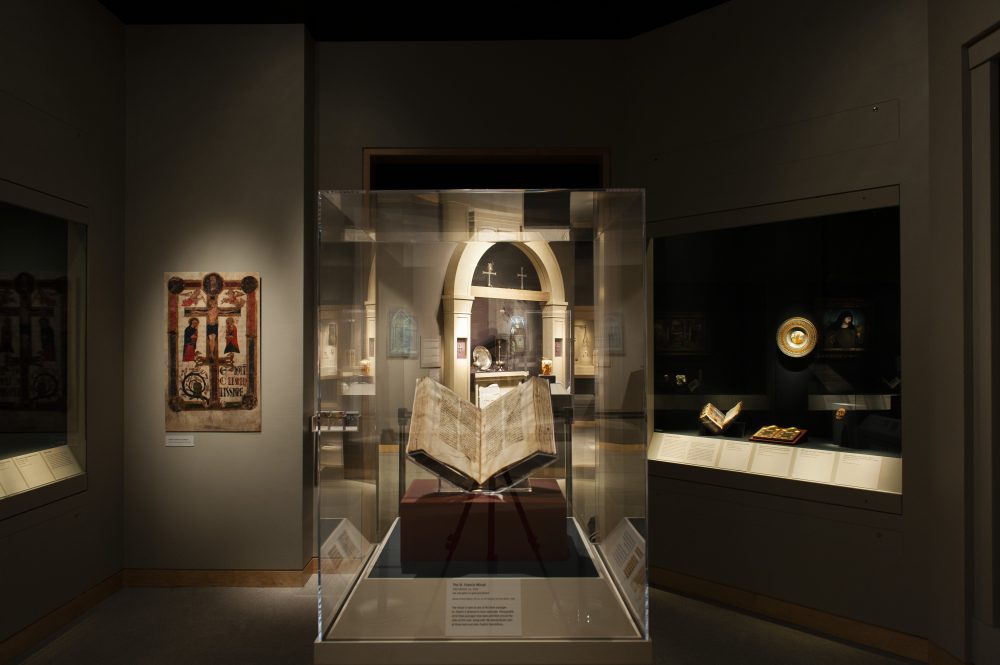 In an era of viral memes, Twitter rants, and seemingly infinite emojis, can an 800-year-old, hand-lettered book composed of goat skins still hold its own?

Indeed it can—and The St. Francis Missal offers a compelling demonstration of how, and why. Despite its modest scale and narrow focus, this show—staged in a single room on the museum’s third floor, and centered on one of the most historically significant objects in the collection—has a centrifugal force and a moving, lingering potency. It’s at once a blunt antidote to the ephemeral half-life of digital material and an affecting illustration of what Walter Benjamin famously termed aura. All of which is to say: it’s well worth a visit.

As the title of the exhibition implies, the star of the show is the St. Francis Missal, a bound collection of texts used in the Catholic mass that apparently belonged to the church of San Nicolò, near Assisi, in the early 1200s. And why is that significant? In 1208, a young Saint Francis, seeking spiritual direction, opened this very volume three times, at random—and happened to land a finger, each time, on a passage urging radical poverty and a life of simple, evangelical action. Francis took the message to heart, promptly giving away his possessions and embarking on a career that would establish him as one of the Church’s most beloved and influential spiritual teachers.

Centuries later, the book made its way into private hands, and in 1924 Henry Walters bought it, bringing it to Baltimore. Over the centuries, though, the volume had taken a beating—insects; a poor rebinding—and although it was occasionally exhibited, it plainly showed its age. Which is why the Walters recently decided to embark upon an extensive restoration project, funded by the Andrew W. Mellon foundation and headed by Cathie Magee, a former fellow at the museum. Magee repaired a number of leaves and rebound the missal, and the result is a stronger, stabilized volume that now rests proudly in a vitrine, open to one of the verses (Mark 10:21, if you’re curious) that essentially changed Francis’ life.

But you don’t have to be a connoisseur or a Catholic to enjoy this medieval relic. At just over a foot tall, it’s a modest object—but it balances a sober religiosity and a guileless handmade aspect in a disarming manner. The thick covers are recent additions, but the hundreds of leaves of goatskin are original, as are the holes that were pricked by the scribe as he ruled the pages and the almost sculptural columns of text, written in a steady hand and occasionally punctuated by large, colored letters that announce new chapters. Sure, it’s in Latin, and dense with abbreviations—and there’s not a single hyperlink visible. And yet, if you look closely, you’ll be able to trace the course of the nib, to discern the scribe’s decisions regarding line breaks, and to appreciate the delicate balance between the wide margins and the text itself. Composed of animal skins and oak gall, and plainly the result of an immense amount of effort, this is the gospel in its most material and human form.

Surrounding the missal are six related displays that offer supplemental evidence regarding Francis’ life and vocation. Curated by Lynley Herbert, with Abigail Quandt and Magee, these are built entirely out of objects from the Walters’ own collection—whose remarkable depth is on clear display. Few museums could even mount, for instance, the first vitrine, which pairs a brief overview of his life with three lovely illustrated medieval manuscripts that depict episodes in Francis’ spiritual career. Equally memorable is an adjacent painting, from the workshop of the Renaissance painter Annibale Carracci, in which Francis looks beseechingly out at us while gesturing at a Crucifix: this is evangelism at its rawest, and purest. And then, too, exhibits on Saints Anthony and Clare—each one of Francis’ closest followers, and both still widely revered today—include works in ivory and silver, as well as gilded manuscript leaves. My favorite was a page from the Fieschi Psalter, in which Francis preaches earnestly to a wide-eyed cohort of animals while King David, above, loudly rings a rack of bells. It’s a heartwarming, affirmative juxtaposition of service and jubilation.

As you walk around the gallery, a cumulative portrait subtly takes shape. There’s a visible accent on the broad effects of Francis’ message, and on the sizable community of individuals who have followed his example, in various ways, over the centuries. But the curators also cast Francis, softly, as a particularly relevant saint for our own times. “Francis was perhaps most remarkable,” reads one placard, “for his inclusivity, advocating for the care of all living things.” Perhaps—but inclusivity is of course a very modern term, which never appears in Francis’ own writings or in the several medieval biographies of the saint. Much as the restored missal has been given a new cover, here the saint is gently reimagined in the terms of 21st-century political discourse.

But the show also deftly ignores, in the process, a number of important complexities. The ivory, the silver, and the gold leaf that appears in seven of the works on display? Those precious materials would likely have troubled Francis, who preached absolute poverty and once rejected a volume that he felt was too ostentatious. To be sure, many of his later followers embraced a degree of material splendor in their commissioned works, but debates about the issue soon led to a schism in the Franciscan order: a fact that simply goes unmentioned here. And, finally, the curators choose not to address the complex relationship between Franciscans and Muslims—whom Francis tried to convert, on a famous trip to Egypt, and who are shown violently scaling the walls of Clare’s convent in one of the manuscripts on display. In short, this show offers a softened and simplified vision of a densely complicated history.

And yet that’s hardly a reason to avoid this show, whose central star—the missal—retains a considerable magnetism. It’s not the only relic linked to Francis in the United States (here’s a partial list of other examples), but is perhaps the most impressive, and it’s flatly remarkable that it’s here in Baltimore. In a famous essay written in the 1930s, Walter Benjamin observed that “even the most perfect reproduction of a work of art is lacking in one element: its presence in time and space, its unique existence at the place where it happens to be.” He termed this inimitable quality aura: a term that gets at the special potency of an original object that has somehow been preserved across time and that now stands before us. It’s the quality that regularly led, in recent years, small groups of Franciscan visitors to appear at the Walters, simply hoping to be close to the missal. Now, thanks to this tidy, focused show, you can momentarily transcend the disembodiedness of the digital age and experience that quality for yourself, by standing before a book that changed the life of a saint, eight centuries ago.

The St. Francis Missal is on view at the Walters Art Museum through May 31. Images courtesy of The Walters.