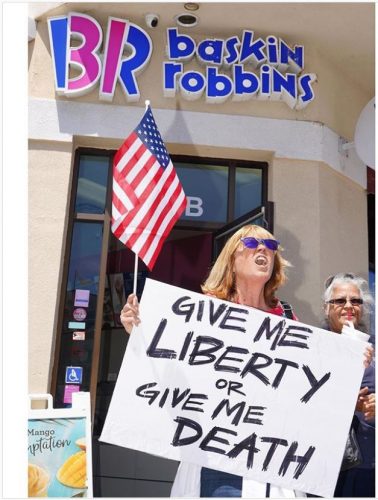 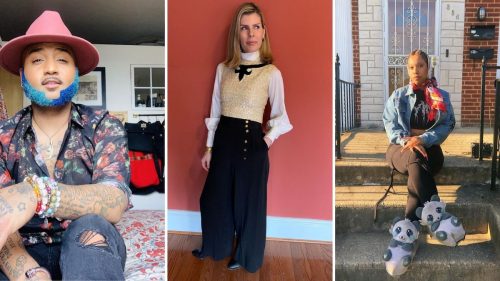 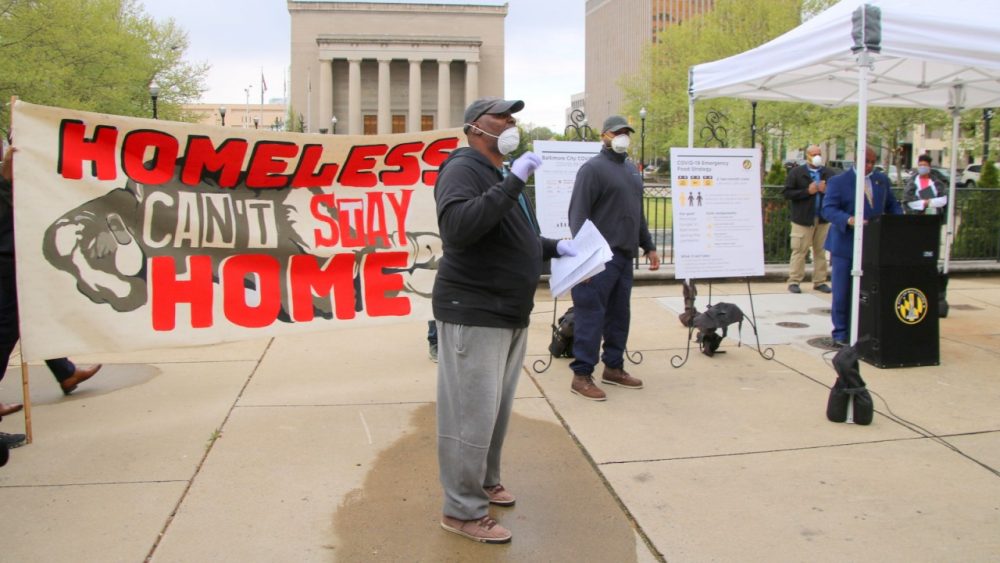 Excerpt: Usually, we let Larry Cohen’s expressive and witty photos just speak for themselves but covering the “Reopen America” demonstrations or protests or whatever these things are in Annapolis on Saturday, April 18, demands a little framing. Mostly because this is an extremely fringe group of people and a small number of them and, as Jaisal Noor at The Real News Network observed, there’s plenty of evidence these kinds of protests are being pushed—and funded—by a bunch of rich right-wingers.

That this happened—that these people were gathering in protest of nothing real during an nationwide emergency—nearly five years to the day that Freddie Gray died in police custody kicking off protests that were treated like a national emergency is disappointing but not surprising, [Baltimore Beat editor-in-chief Lisa Snowden-McCray] told me: “Whether we are talking about Freddie Gray, who was, after all, just walking when Baltimore Police began chasing him on that April morning, or a deadly disease that is ravaging the globe—we are reminded constantly that Black lives don’t matter,” she said.

Excerpt: Advocates came out in full force to push Mayor Bernard C. “Jack” Young to do more to protect homeless people during the coronavirus pandemic, mounting a protest designed to capture media attention – and conform to the rules of social-distancing.

As Young stood in front of City Hall for his latest Covid-19 media briefing, Mark Council from Housing Our Neighbors stepped in front of the cameras, joined by other protesters carrying a sign that read “Homeless Can’t Stay Home.”

Excerpt: Serving neighbors like their family is the mission of one Baltimore organization, determined to get food on as many tables as possible right now. The Tendea Family has given out hundreds of bags of free groceries during the pandemic. The group has been delivering groceries to people’s homes and on Tuesday, they hosted a giveaway at a park in East Baltimore.

Excerpt: Frustrated by the Trump administration’s lack of progress in developing COVID-19 testing, as well as the president’s claims of broad availability of coronavirus testing, Maryland’s Larry Hogan and other governors spoke out over the weekend.

“It’s not accurate to say there’s plenty of testing out there, and the governors should just get it done,” Hogan said on CNN’s “State of the Union” Sunday. “That’s just not being straightforward.”

Hogan added that it was “absolutely false” to claim that governors were not acting aggressively enough to pursue as much testing as possible.

Excerpt: A nonprofit that supports Maryland’s farmer’s markets is shutting down after seven years in operation. The Maryland Farmers Market Association will permanently close on Friday, its board of directors announced in a letter released this week. The announcement said the organization “has faced financial challenges the past year and, despite efforts to forge a path forward… lacks sufficient funding to continue operations.”

Excerpt: A majority of Baltimoreans are dissatisfied with the Baltimore Police Department and do not trust the department’s officers, according to a recent survey from Morgan State University’s Institute for Urban Research.

Excerpt: The Maryland Department of Public Safety and Correctional Services on Tuesday reported 152 known cases of COVID-19 across the department — 70% of confirmed infections are correctional officers. This reflects an increase of 16 cases since the agency’s last report released Thursday.

The 152 confirmed cases of individuals who interact with the department include 107 correctional officers, 39 inmates and six department staff members.

Excerpt: A month ago, on March 15th, Baltimore journalist Baynard Woods suddenly developed a fever, and he was coughing. Over the next three weeks, on social media, he chronicled his experience as his illness got worse, and as it ebbed and flowed until he was finally without COVID- 19 symptoms. 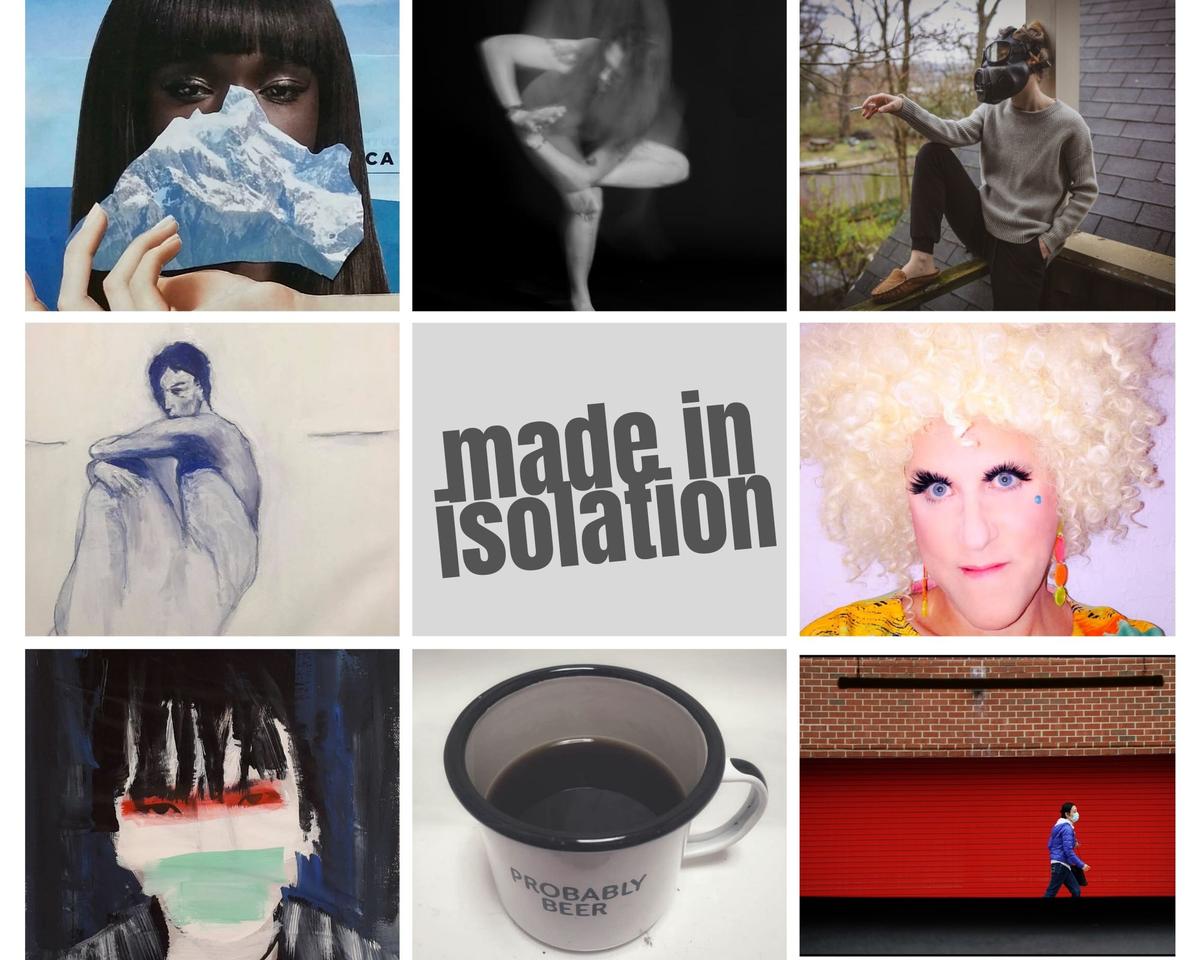 Arts: Surviving and Thriving During COVID-19 Lockdown
by Melissa Gerr
Published April 21 in WYPR On the Record

Excerpt: Artists and arts organizations have taken a hard financial hit since public gatherings were banned more than a month ago. Josh Kohn, Creative Alliance performance director, talks about inventive ways the non-profit is continuing to pay artists and connecting them with audiences at a safe distance during a time when he views the arts as crucial. Plus, community artist and writer Christy Zuccarini tells us why makers of all kinds find solace with the online group she founded called ‘Made In Isolation.’

Excerpt: Johns Hopkins University expects to furlough or layoff employees and freeze the majority of salaries in response to projected coronavirus-related losses of $100 million this fiscal year and $375 million in fiscal year 2021, University President Ronald J. Daniels wrote in a letter to the Hopkins community posted late Tuesday night.

Earlier forecasts from before the public health crisis hit showed Johns Hopkins, which has an overall budget of $6.5 billion, with $72 million of profit in the current fiscal years, which runs through June. The school expected to be $80 million into the black for fiscal year 2021.

Excerpt: When Joy Behar asked Hogan about a late Monday night tweet from Trump calling for a halt to all immigration into the country, the governor characterized the message as a distraction and noted that no formal policy has been announced or unveiled.

“I try not to pay any attention to the tweets from the president,” Hogan said.

He went on to note that Maryland first lady Yumi Hogan was born in South Korea.

“My wife is a first generation immigrant from South Korea and just helped us, through those relationships, acquire half a million tests from the folks there in South Korea that’s going to help save the lives of people in our state. That’s what we’re really focused on here,” Hogan said. “And we have some terrific people from all around the world that are working in our hospitals and our health care system that are saving people’s lives and we appreciate it.”