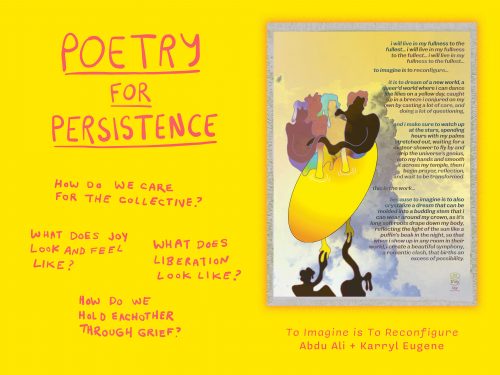 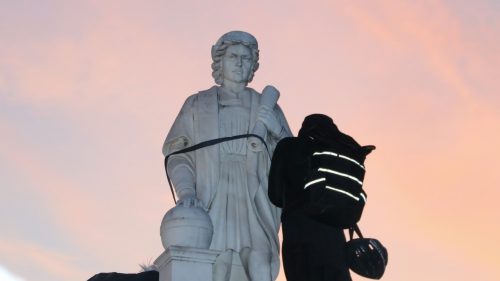 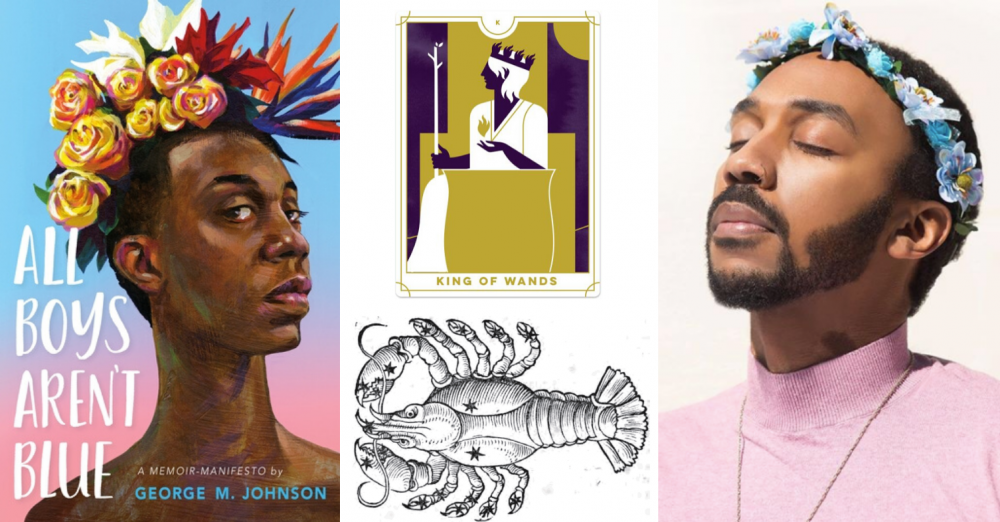 Good news: by the time you read this, we’ll already be through three eclipses this season. We had two in June, and just finished the third over the July 4th weekend. As we navigate these solar and lunar eclipses, which bring either new beginnings (solar) or dramatic endings (lunar), the sun moves into the Zodiac sign of Cancer. Cancer is represented symbolically by the crab, and it is ruled by the Moon. If you have any Cancers in your life, you know that they are emotional, super family-oriented, and quick to fall in love. Just ask anyone who’s been on the receiving end of Cancer’s romantic affections how determined (and a little obsessive) they can be. While Cancers are typically sentimental beings who seek security, the crab can also be clingy and codependent. But hey, there has to be a little yin in every yang, n’est pas?

This sign is the Zodiac’s cheerleader for the area of home and family, and the coming-of-age memoir/manifesto All Boys Aren’t Blue is fitting for the month of the crab. In this young adult book, author George M. Johnson writes about his upbringing in Plainfield, New Jersey, and college years in Richmond, Virginia, touching on various crucial issues including race, sexual orientation, gender stereotypes, and more. I strongly suggest this book for you or a younger loved one because, as Johnson writes in the introduction, “[the book] became less about being a guide and more about being the gateway for more people to find their truth and find their power to live in that truth.” 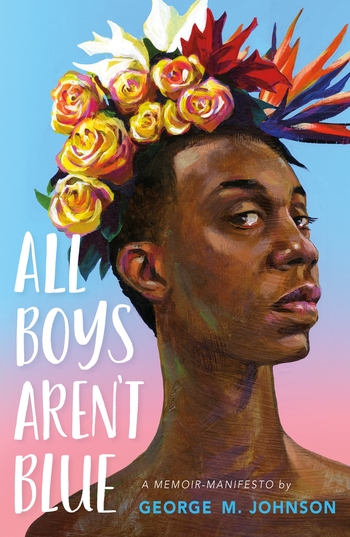 The challenges of Blackness and queerness are central in this book, articulated together through the lens of family. Johnson begins by describing his childhood upbringing in a loving, Black family, but things aren’t always sweetness and light. Five-year-old George and his cousins are accosted by a group of schoolboys (both black and white) and George gets his teeth kicked out during the fight. Later, he wonders if it was because he was Black, effeminate, or both. “There can be both a fear of your own community and a fear of dealing with bullying from other children who don’t respect your identity,” he writes. But, exhibiting a Cancerian dedication to family, George relates that “the day after my teeth were kicked out, my cousins went back up to our school with my uncle and beat up the main boy and his father while waiting for school to start.” While this may elicit a sense of justice, the trauma George experienced from this incident went way deeper than the bruises his protective family left on the assailant.

One aspect I appreciated about this book was the various personal photographs sprinkled throughout. Cancers love nostalgia, and these pictures allow the reader to look back at George’s past to actually see his life. Right before the first chapter begins, one picture captures many of the memoir’s main figures: George, little brother Garret, cousins Rasul and Rall, and one of the most prominent people in the book, Nanny. This was George’s grandmother who protected him and made sure George knew he had a place in her heart no matter how “different” he was.

And being different included enjoying things like double-dutch with girls on the playground, or asking for cowboy boots when his cousins wanted Cross Colours sneakers. The book moves confidently from reminiscing about childhood memories into young adulthood, and with that maturity comes sexual exploration. Some rather graphic sexual interactions (both consensual and possibly not consensual) appear in this book—scenes that are necessary and important for young adults who may be dealing with similar situations. The raw honesty in George’s descriptions may be completely new, and therefore refreshing, to young queer folks. They also may provide guidance on how to handle these complexities. All Boys also includes romantic interludes, such as George’s first kiss at age twenty-one while in college.

At Virginia Union University, an HBCU, George finds the stability of home in part through a Black fraternity. Not only does pledging a fraternity mean “gaining the one thing I so longed to have: a masculine ideal attached to me,” it also brings George the Black male bonding and true acceptance he has craved all his life. It’s not a simple or easy road to acceptance, but finding out that four (out of eight) line brothers are gay helps George build a foundation and know that “manhood isn’t a monolith.” This is where George blossoms and finds the emotional home he needs to leave behind his protective, outer crab shell.

This month’s tarot card is the King of Wands, and it hails from the Everyday Tarot deck. This card is interesting alongside soft, watery Cancerian energy because it traditionally represents wise, creative, and bold masculine energy. It sometimes can even represent, specifically, a male-identified person with light hair in one’s life. Apparently, we are still experiencing male energy on a collective level. Perhaps we’re starting to shift away from the airy and wordy King of Swords and Knight of Swords from June’s reading. Both of those cards dealt with ideas (suit of swords), while wands are associated with creativity, fire, or light. I believe that in terms of the collective, July may bring a positive, masculine energy or person into the national spotlight. We should watch for how this supportive masculine energy may show up in our personal lives. As the Black Lives Matter movement continues to fight for racial justice, and established cities, organizations, and institutions make necessary changes nationwide, let’s be on the lookout for those who are doing more than talking. Let’s keep watch for those who are leading and supporting, positive, creative change. 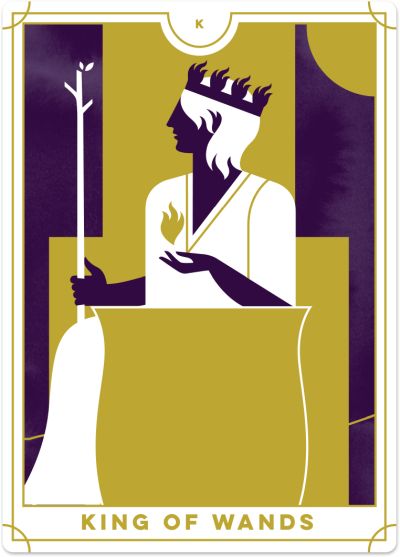