Concept and Craft in Jaejoon Jang’s Tattoos and Found Objects 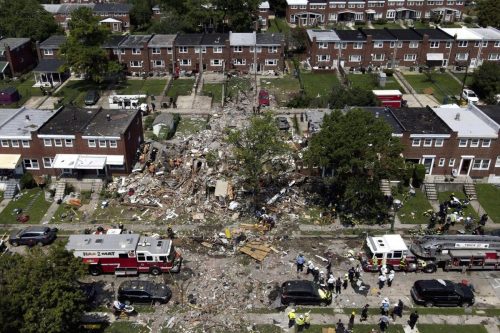 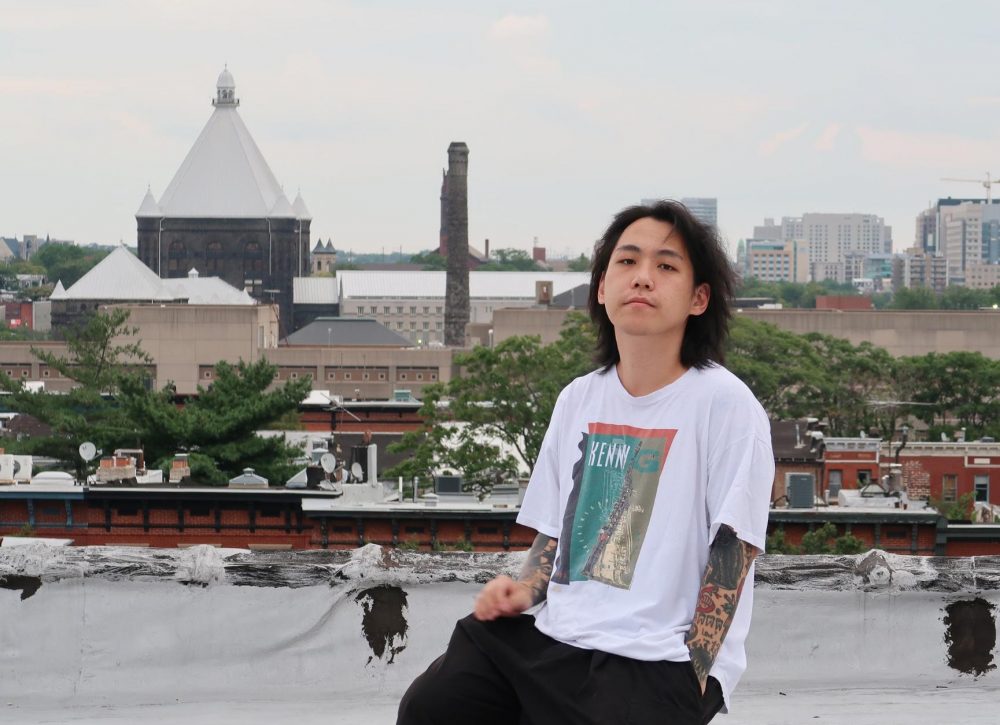 When I first met Jaejoon Jang a few years ago, I was unaware of his art practice. I’d found out about him through his tattoo page on Instagram, and I was drawn to his sharp, elaborate, and clean style. After going through a breakup and enduring a rough depressive spell, I decided to mark my healing with my normal ritual: getting a tattoo. I went to Jang with the concept: a Fibonacci spiral on my inner arm to remind myself to remain creative. He sketched out and then brought to fruition what I had in mind.

Artists are orchestrators of manifestation and alchemy, and getting that tattoo was a turning point in my journey of healing and self-love. Like all good artists, tattoo artists can create work that deeply affects the lives of their clients. I move through the world with Jang’s work inked onto my flesh, a mark of significance that I will carry with me forever.

Aside from his self-taught tattoo skills, Jang studied mechanical engineering in Seoul, South Korea, before moving to Baltimore in August of 2014 to earn a BFA and later an MFA, both from MICA. Jang is a conceptual artist, a popular tattoo artist, and a renaissance creative with a grip on what it means to make exciting and thought-provoking contemporary artworks in various forms.

Jang’s fine art practice is prescient and still, manipulating and repurposing quotidian objects—collars removed from shirts, clocks whose hands are bound by tape—in smart, humorous, and compelling ways. My favorite of his objects of inversion is “STAR1,” featuring a Starbucks cup stuffed with starfish submerged in leftover coffee. The pun is a surreal exercise exploring aspects of capitalism, excess, the environment, and consumerism. His clarity, eye for detail, and incorporation of both realism and abstraction render his practice one of depth, surprise, and wonder.

Like much of the work I am drawn to, Jang’s practice dwells in gray areas and embodies the mutable relationship between art and craft. In a time where the art world is hurriedly and messily reconfiguring, the hybridity of Jang’s art helps us pause and contemplate the meaning of art that is everything but static.

Teri Henderson: When I was first introduced to your work, it was through your tattooing, and I learned about your fine art practice later. Do you see your practices as separate? Or are they both a part of the same thing?

Jaejoon Jang: Currently, I think I see those two (fine arts and tattoo) as separate, but they are quite complementary to me. I want to keep my fine art practice in a very experimental, humble, and modest way. I don’t actually draw, paint, or craft something. It is far from traditional art-making.

My work captures, through the materials, a sense of the ephemeral. My work will likely be destroyed in a certain amount of time. Tattoos should be very steady, clean, and perfect. Every choice I make is permanent to someone, so I should be very careful about that.

They are quite opposite practices of art, but that being so, I would like to keep tracking both.

I am originally from South Korea and all my family lives there, but I consider myself a Baltimore-based artist because I started my artist career earnestly in Baltimore.

What is your favorite piece of art that you have created?

I remember some interesting tattoos I have done. I did a tattoo of Keith Boissiere, Baltimore’s “Running Man,” and I was very satisfied with the outcome because he is a very unique Baltimore symbol. I also very much enjoy making designs based on Korean traditional art. I have done many Korean tiger designs and I really like them. However, I don’t have one favorite tattoo that I have worked on, because they all have their own meanings for people themselves.

What is your educational background?

Before studying art, I studied mechanical engineering at Hongik University, Seoul, South Korea. I didn’t finish engineering or get a degree from it. I wasn’t sure that I really wanted to be an engineer for my job, so I stopped school and worked as a designer at an apparel brand in Seoul. I met diverse people in the creative area while I was working there. That experience served as the start of the momentum of me pursuing art. I decided to study abroad in the US and came to Baltimore in 2014. I got a BFA in 2017 from Maryland Institute College of Art in General Fine Art and an MFA in 2019 from Mount Royal School of Art at MICA in multidisciplinary art.

When did you begin tattooing?

I started tattooing after I came to Baltimore. I already had many tattoos on myself and I really was into the culture of tattoos, but I couldn’t imagine that I could actually tattoo someone when I was in Korea. After coming to Baltimore in 2014, I had more free time to try new things. I started learning to tattoo by myself to use one of my art skills. However, the more I practiced tattooing, the more complicated it became. The desire came to me to be more professional, so when I went back to Korea for summer, I worked at a tattoo shop and learned more there. I really enjoyed learning and developed my skill a lot, because I was doing what I really like.

Can you describe your studio practice?

I transform everyday objects through manipulations and arrangements. Subtle gestures on the objects, such as juxtapositions, reordering, merging, and substitution, turn the common things into uncommon things. The transformation can happen instantly and quickly. I keep thinking about how to unlock the object. Sometimes it can take months, or sometimes it can take minutes. I don’t usually finalize my works until I actually install them in the exhibition space, and many important decisions form during installation or even at the last minute. I really believe in my moment’s inspiration.

Who or what are your biggest influences?

My artwork involves the careful and deliberate use of everyday materials. The objects reflect experiences, phenomena, and reflections in a determined moment. Any reflection from a socio-political, philosophical, scientific, or whatever point of view refers to them. I am interested in the different kinds of experiences people have in life and then attribute to objects. To me, everyday objects with connotations and narratives are very inspiring.

For example, “THE POINCARÉ CONJECTURE,” 2019, is a work inspired by a traditional joke that a topologist cannot distinguish a coffee mug from a doughnut, since a sufficiently pliable doughnut could be reshaped to a coffee cup by creating a dimple and progressively enlarging it, while shrinking the hole into a handle.

Especially in a period like today, artists live in very hard times. I try to say something via my works. I think art is the best way to show an understanding of our time. The most recent piece that I have created is “STAR1,” 2020. There is a Starbucks cup and starfish inside with some leftover coffee. I would like to draw a parallel between nature and the artificial, between communism and capitalism, through the “star” which is a shared symbol of two objects. I’m inspired by David Hammons, Wilfredo Prieto, and Tony Feher.

For the tattoos, I work mostly on customized designs that are unique for each person. I try to accept and listen to the client’s needs as much as I can. The conversation is very important to me. If the conversation goes well, the outcome will be very satisfying to both me and the client. My favorite tattoo artists are Hongdam (@ilwolhongdam, Seoul) and Ariel (@arielisgood, NY). They are big influences to me. The unique texture of Hongdam’s work is amazing. I also really enjoy Ariel’s very clean line work.

What is your favorite song of all time?

“The Origin Of Love,” Hedwig And The Angry Inch. The lyrics are beautiful. It is talking about LOVE, but also everything. This song is the only song I can actually sing fully in English.

What is your favorite thing about the artist community in Baltimore?

I know that you’ve also spent time working in NYC. What is your artistic relationship with NYC?

I spend half of each month working out of NYC. NYC has definitely one of the biggest art scenes in the world. Since I don’t need to spend too much time physically in the studio to make artwork, I have more time to meet new people in new places. I recently participated in NYFA IAP (New York Foundation for the Arts Immigrant Artist Program), which pairs immigrant artists from all disciplines with artist mentors who provide their mentees with one-on-one support. My mentor was Larry Krone who is a multidisciplinary artist based in NYC. He gave much realistic and practical advice to me. There are also over 40 artists in the program. It was a very rare and valuable experience for me to meet and talk with a diverse field of artists. That experience influenced me to discover new ways of investing in my experience, as a person and as an artist.

What is your dream job?

I am currently looking for a new small space between NYC and Baltimore. I want to use it as a place for exhibitions and workshops. I am not sure how I am going to define that space right now, but I don’t want it to be a too-grandiose scheme. The space will be very humble but experimental.

To me, it was very hard to show and introduce my art to the public. Every artist has the experience that they apply to shows, artist residencies, or exhibitions and get rejections. I was thinking that I can be liberated from that, if I found my own institution. COVID-19 suspended this project for a little bit, but it is going to be resumed soon. I am not quite sure this is my dream, but definitely my next step.

Images courtesy of the artist.