Entering August, many of us feel relieved that the eclipses of June and July are behind us. We also should be feeling a burst of positive energy considering Leo season has arrived! In the zodiac, Leos are symbolically represented by the king of the jungle, the lion. And Leos, like the lion, are often so regal (both in appearance and attitude) that they demand all eyes on them when they enter a room. They’re warm, generous, and passionate, and their energy is boundless: a 15-minute nap can charge them up for days. If you’re lucky enough to have them as parents or other family members, you benefit from their undying dedication and loyalty. Ruled by the Sun, Leos have to learn how not to overwhelm others with all of their fiery energy. And while some view Leo self-assuredness as arrogant and boastful, you can never dismiss their vitality.

This month’s book, Parakeet by Marie-Helene Bertino, is what I call a handful. Just as Leo’s bold personality can be a lot to process, so is Parakeet, a fast-moving novel whose content and form demand an intellectual reader. At the core of Bertino’s book is a simple narrative about a bride—who remains nameless—spending the week before the wedding at a Long Island inn. But this story is definitely more complicated. On the first page, readers meet the bride’s late grandmother visiting in the form of a parakeet, a surreal move that sets the tone for the rest of the novel. The sassy grandmother/parakeet lays out the young woman’s central challenge: to find and reunite with the bride’s estranged brother. With her straightforward brashness (also very Leo-like), the grandmother does not mince words: “If you can’t respect a dead woman’s wishes you’re a disgrace. Mark my words. If you defy me, shit’s going to get fucked up.” You can’t get any more honest than this. 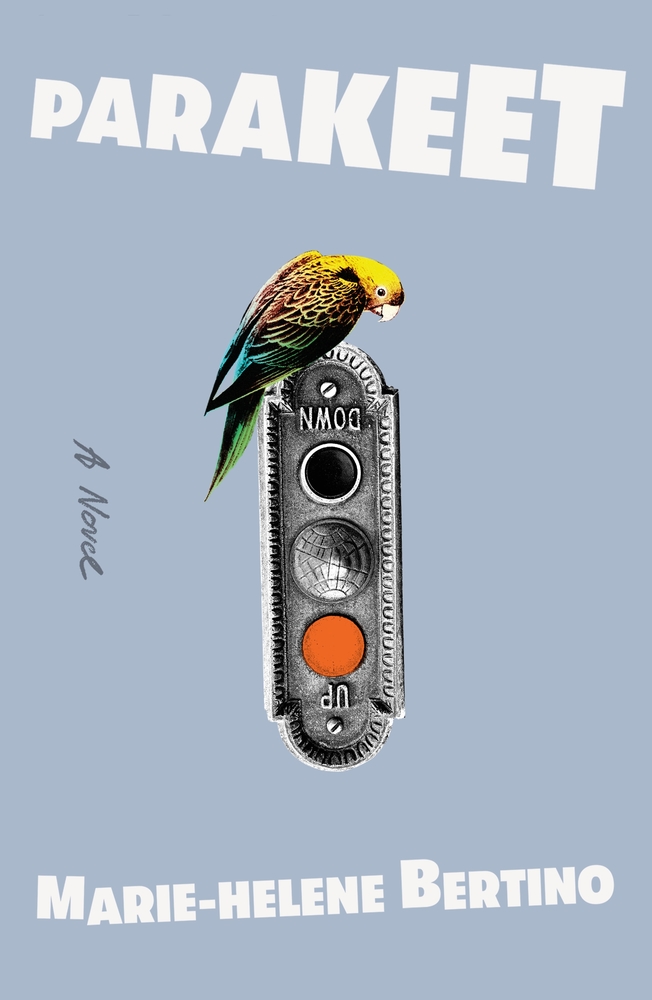 Parakeet goes on to reinforce the ways humans connect with (and disconnect from) biological and chosen families. We follow our spunky bride as she hunts for a new wedding dress (because the grandmother/parakeet has defecated on the original one), tracks down her brother’s assistant and watches his play (which is entitled Parakeet and centers on the bride’s life and a traumatic incident where she was injured), and physically morphs into her mother a few times before she finally reunites with her sibling. And that sibling has transitioned into a sister, Simone, since the last time they saw each other. As I told you, this book is an adventurous handful, but much like Leo, either you embrace its daring spirit and narrative wholeheartedly or you don’t. And honestly, our protagonist doesn’t care about acceptance. She’s more concerned with being true to herself, even if that involves taking a painful look in the mirror.

Being authentic comes naturally to Leos, who strut in the world as if they have no insecurities, though of course they do have soft spots. Along with the complexities of gender, Parakeet deals quite a bit with racial discrimination. The bride describes herself as “ethnically ambiguous,” but is of Basque and Romany descent. And although her best friend Rose is as close as family, the bride truthfully recalls bumps in the road of their friendship. “I’ll remember that even though she never joined the girls who made fun of my skin color, she never intervened.”

Readers will discover this and many other disappointments throughout the novel. One of those let-downs includes the bride’s ongoing self-critique—despite her dogged commitment to this wedding, she thinks, “The groom does not deserve to have a wife with a retreating soul.” This book is a fearless, sobering, and thorough look at the emotional commitments we create and hold. In the true spirit of Leo, Parakeet is a book with a main character that refuses, despite multiple mishaps, to give up. Essentially, our bride finds herself and her true allies by the book’s denouement. 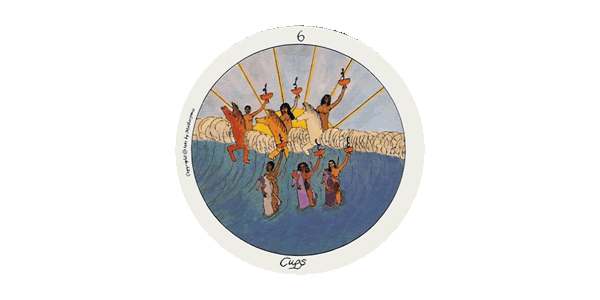 This month’s tarot card is the Six of Cups. In the Motherpeace image, it depicts women riding horses atop a cresting wave. This is always a card of childlike behavior—imagine kids celebrating after winning a game of hide and seek. Cups usually represent emotions, and the Six of Cups has a reminiscent quality to it, coming with both positive and negative connotations. On one hand, it celebrates being “free” of certain emotional limitations, but on the other, it warns us not to bask in the childlike spirit too much. Adult responsibilities naturally follow periods of play and rest. Perhaps we’re ready to enjoy the last fruits of the summer, but we must be mindful that the pandemic hasn’t disappeared and we still have lots more work ahead of us.

To maintain sanity, I escaped a lot to the wilds of the shore, particularly Assateague Island.

Media & Literature
The Internet Is Exploding: 10 Must-Read Articles This Week 9/13
The internet was kinda sad this week

Drinking with Nikki Giovanni and Tressie McMillan Cottom, the unfinished story of Emmett Till, how it is expensive to be poor, philanthropy mostly helps the rich, the end of Keeping Up with the Kardashians, and more.

Media & Literature
Litscope: Virgo & Celeste Headlee’s ‘Do Nothing’
'Do Nothing: How to Break Away from Overworking, Overdoing, and Underliving' is a guide to getting away with doing a little less

A time-management guide mixed with tidbits of neuroscience, social science, history, and personal reflection, 'Do Nothing' is ideal for our dear Virgos who love to improve on any aspect of their lives.

Media & Literature
The Internet Is Exploding: 10 Must-Read Articles This Week 9/6
So much happened on the internet this week