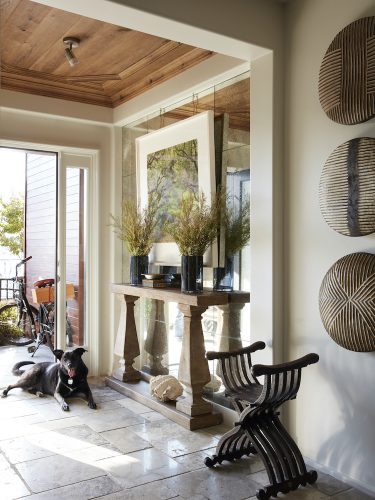 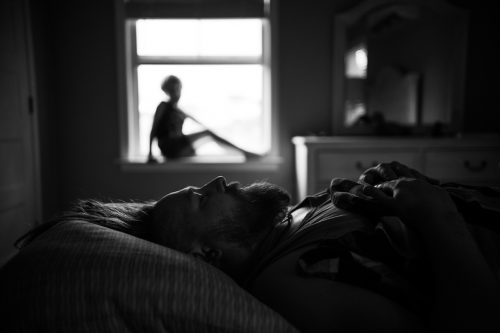 The Illusion of Free Time: Visual Diary by Elena [...] 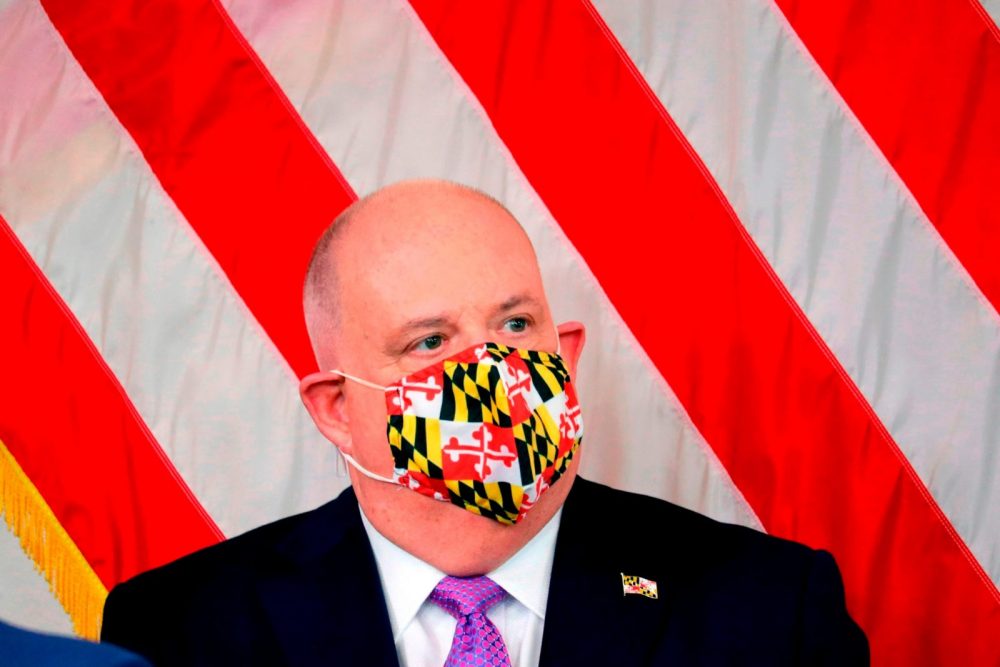 This week’s news includes: Baltimore hits pause on reopening, contact tracing coming to a phone near you, shake-ups in state government, and more reporting from Baltimore Magazine, Essence, Maryland Matters, and others.

Excerpt: Effective Friday at 5 p.m., Maryland will move into phase three of its COVID-19 recovery plan, allowing businesses, including music venues and movie theaters, to reopen at a limited capacity.

“I’m pleased to report that our early and aggressive mitigation efforts to fight COVID-19 have been extremely successful and that we have continued to see declining numbers in all of our key health metrics,” he said.

Excerpt: Faced with a multi-billion dollar hole created by a historic decline in ridership and revenues, the Maryland Transit Administration on Tuesday unveiled a proposal to dramatically cut bus and rail service in the Baltimore region next year.

Dozens of bus lines would be eliminated if the proposals are adopted, and numerous surviving lines would run less frequently.

Top local officials slammed the proposals, as did state lawmakers and transit advocates.

“This is a disappointing blow to the entire Baltimore metropolitan region and the many students, essential workers, and families who rely on public transportation each day,” the officials wrote in a joint statement.

“It means the essential workers, from cleaning staff to doctors and nurses, may not be able to reliably get to hospitals and medical facilities for their vital work during a public health emergency. It means more strain on our transit workers, who have been on the front-lines contending with COVID-19 in order to keep our region moving through these uncertain times,” they added.

See also:
Baltimore could lose 25 bus routes amid declining ridership and revenues
by Ian Round
Published September 2 in Baltimore Brew

Excerpt: If it had worked out, Jeanine Jackson’s daughter would have graduated from Roland Park Country School in 2019. As a 1988 graduate of the prestigious all-girls school, nestled in a scenic neighborhood in Baltimore, Jackson had entered the school in fifth grade as one of a handful of Black students and had returned to teach just after college. By 2005, when it was time to enroll her own daughter, Kathryn, in kindergarten, she was no stranger to the school’s racial issues, but felt prepared for the challenge.

“But my beautiful Black child woke up one day and no longer wanted to be Black. She told my father that she wanted to be White, because the White kids get treated better,” Jackson revealed. “She was there for one year. It took years to rebuild her self-esteem.”

Excerpt: In the midst of major social change, Brittany Oliver’s mission is to make sure that Black women are never left behind. She founded Not Without Black Women in 2017, as a response to the Women’s March in Washington, D.C., which she (and others) felt marginalized women of color. More recently, she was one of the leaders of the local Say Her Name march, which demanded justice for Breonna Taylor and all Black women, femmes, and girls who have experienced police and interpersonal violence.

Excerpt: State legislators on Wednesday received a bleak picture of life at the Maryland Environmental Service under the leadership of former director Roy McGrath. During his time at the helm, McGrath was “guarded and secretive,” and morale was low, former MES deputy director Beth Wojton told members of the legislature’s Joint Committee on Fair Practices and State Personnel Oversight.

MES is often referred to as a quasi-public agency. Though it functions in many respects like a business, it is an arm of state government whose workers are state government employees. Nearly all of its revenue comes from local, state and federal government for services such as designing and running landfills, wastewater treatment plants and dredging operations.

The sole witness at Wednesday’s hearing, Wojton said she worked at MES for 32 years and served under five different directors and two acting directors. She was asked to leave by acting director Charles Glass when he assumed his role in June.

See also:
Hogan: Hefty Payout to Ex-Aide ‘Didn’t Have Anything to Do With Us’
by Bruce DePuyt
Published August 27 in Maryland Matters

Excerpt: A member of the Hogan administration who had been posting statements, photos and memes on social media that appear to applaud the 17-year-old vigilante who allegedly shot three protesters on the streets of Kenosha, Wis., this week, was fired on Saturday afternoon.

The posts by Arthur (Mac) Love IV, who had been the deputy director of the Governor’s Office of Community Initiatives, have attracted widespread attention on social media over the last several hours, sparking a furor. The chairman of the Maryland Legislative Black Caucus called on the staffer to be fired.

Shortly after 2 p.m. Saturday, Steven J. McAdams, executive director of the Governor’s Office of Community Initiatives, issued a statement saying Love had been “relieved…of his duties.”

“These divisive images and statements are inconsistent with the mission and core values of the Office of Community Initiatives,” McAdams said. “Earlier today, I relieved this employee of his duties. Kevin Craft, administrative director of the Governor’s Commission on African Affairs, will assume these duties effective immediately.”

“These posts are obviously totally inappropriate,” she said. “We fully support the immediate actions taken by Director McAdams to address this matter.”

Maryland residents will soon be able to opt in to Google and Apple’s mobile contact tracing tool
by Stephen Babcock
Published September 2 in Technical.ly Baltimore

Excerpt: During Gov. Larry Hogan’s press conference on Maryland’s COVID-19 response on Tuesday, screenshots of an app made an appearance among the slide deck.

“To further enhance our state’s contact tracing efforts, I’m pleased to announce that in collaboration with Apple and Google, Maryland will be one of the first states in the nation to use Exposure Notifications Express, which is a state-of-the-art app designed to help public officials more quickly provide notifications for residents about potential COVID-19 exposure,” Hogan said.

It means Maryland residents will soon be able to add a feature that enables alerts when they came into proximity of someone with COVID-19 on their phones. The move comes as Apple and Google are launching a new software framework that helps states deploy the functionality within iOS and Android systems. According to The Verge, this is designed so that public health authorities won’t have to launch their own apps.

Excerpt: Whenever the Black Student Union threw a party at St. Mary’s College of Maryland in the early 2000s, you could count on two things – the energy level would be through the roof and Brandon Scott would be the DJ.

With his familiar Baltimore club music set pumping through the speakers, friends say Scott would jump out of the DJ booth, run into the crowd and “do his thing,” tearing up the dance floor in an oversized football jersey.

Equally important, say Scott’s contemporaries, was the way his personality and his leadership touched all segments of the small but diverse student body, helping to unify a group in which African-Americans made up less than 10%.

Scott calls himself a “convener” with a special knack for bringing people together. And those who know him best say he’s always prized unity.

“Brandon’s always been a leader,” said Alicia Wilson, Scott’s childhood friend and campaign treasurer. “When he was in kindergarten on the playground, when you said ‘follow the leader,’ he was the one that they were following.”

With science and scripture, a Baltimore pastor is fighting Covid-19 vaccine skepticism
by Amy Sokolow
Published August 31 in STAT

Excerpt: Terris King is finally back at Liberty Grace Church of God, surrounded by its familiar wood-paneled walls and red pulpit. This time, he’s speaking straight into a camera, facing rows of empty pews.

As a pastor in a church in the area of Baltimore hit hardest by Covid-19, King knows his decision to keep services remote is the right one, even if it’s unpopular. Since the beginning of the pandemic, King, 60, has been fighting an uphill battle, weaving together science and scripture in the hopes his approximately 300 congregants will adhere to public health guidelines: mask-wearing, hand-washing, and social distancing.

He invoked the story of Noah’s Ark to discuss common sense when it comes to pandemic decision-making. “He used the science of the raven and the dove to say when it was safe for him and his family to exit the ark,” he said in an interview about his sermon, referencing Noah’s decision to send birds out to look for dry land. He used the story of Jesus “distancing himself from his closest disciples” before his death on the cross to illustrate a kind of scriptural basis for social distancing protocols.

Now, King has set his sights on a new target: vaccinations.

Excerpt: A City Council bill that sounds awfully dry on its face – it would eliminate parking space minimum requirements in certain situations, among other provisions – blew up recently into a heated debate that included accusations of classism, racism and more.

Parking has a way of doing that in Baltimore.

The measure, intended to make the city less car-centric, would end parking minimums in the city, including a zoning code requirement that any conversion of a single-family home into two or more apartments demonstrate that off-street parking can be provided.

Because on-site parking is generally impossible on a typical rowhouse lot, the zoning requirement has had the effect of preventing property owners from carving up houses into multiple units.

Removing this requirement, as proposed by Bill 20-0561, would have the unintended consequence of taking away an important tool to guard against an influx of absentee landlords, say some community leaders.

Excerpt: Some 68,000 pieces of first-class political mail from a candidate sat unprocessed at a U.S. Postal Service facility in Baltimore for days before the June 2 primary, according to a recently released audit.

The mail was reportedly received at the Baltimore Processing and Distribution Center on May 12, according to the audit, conducted by the Postal Service Inspector General’s Office, and wasn’t processed for five days. The 68,000 pieces of mail were classified as “political mail,” meaning it was from a candidate, according to the audit. The unprocessed mail did not include ballots.

“As soon as Baltimore P&DC management discovered the Political Mail, they immediately processed it for delivery,” the audit, which was prepared by the Postal Service in the leadup to the Nov. 3 general election, reads.

The audit notes that the foul-up occurred even though the Baltimore P&DC certified that it was clear of political and election mail every day.