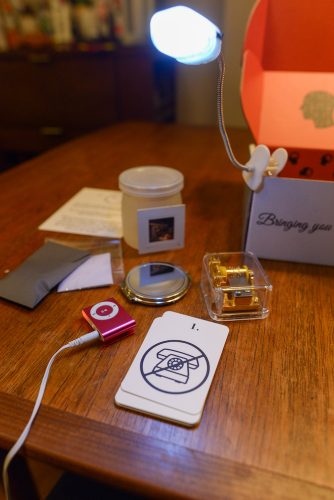 Bringing You Back to You: The Acme Corporation Fi [...] 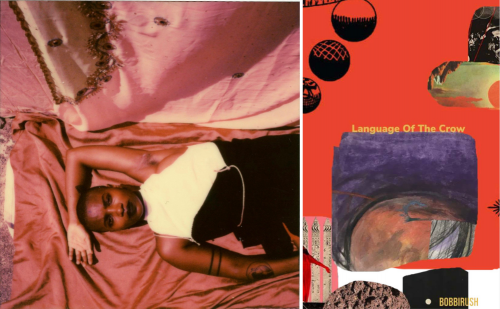 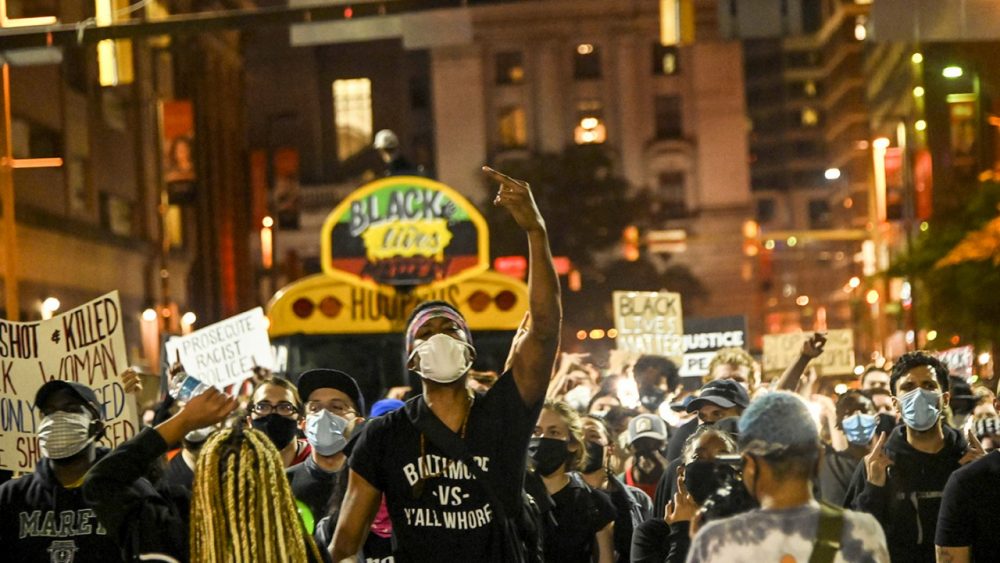 Excerpt: Morgan State University will address food insecurity by teaching students how to prepare meals and use coupons, and by making it easier to track shuttle services to grocery stores and farmers markets.

Melissa Thomas, the executive director of the Food Resource Center, said the university is “ecstatic” about the victory and the impact that the FRESHLY program will have on Morgan’s students.

“We are fully persuaded that we have ‘cracked the code’ on how to begin to abolish food insecurity in our student population. A major part of it, beyond just providing supplemental food, is to deliver other resources, teach new skills and offer new knowledge,” Thomas said.

Excerpt: Although Baltimore’s former mayors worry that his proposed reforms would weaken mayoral power, the Democratic nominee for mayor says the changes he envisions would only serve to modernize the city.

Brandon M. Scott, the likely winner of the upcoming mayoral election in Baltimore and current City Council president, wants to introduce a city administrator position and reform the city’s powerful Board of Estimates. He says his reforms would professionalize the city, pointing to similar changes in neighboring governments.

But former Democratic mayors Martin J. O’Malley, Sheila A. Dixon, Stephanie Rawlings-Blake and Kurt L. Schmoke pushed back on Scott’s proposed changes during a virtual discussion on Monday [September 21]. Rawlings-Blake went so far as to say his reforms would be “akin to being in a prize fight, jumping in the ring and then tying one arm behind your back.”

Scott said he’s spoken with each of the former mayors, and told Maryland Matters that he “respectfully disagrees” with their criticism. He said the structure of Baltimore’s city government is stuck in the past.

“When you’re a city like Baltimore, that my entire life has struggled with efficiency and effectiveness with a government structure that has not been modernized,” Scott said, “and you see every other locality around you, and most major cities around the country, have been operating in that way and are all operating at a level much greater than you, then it’s not them. It’s you.”

The Maryland Transit Administration will not move forward with a plan to cut inner-city bus service in and around Baltimore, the agency announced on Wednesday.

The decision to reverse course on the wide-ranging service reductions followed pushback from commuters, employers, families with school-age children and political leaders.

In a statement, Baltimore’s mayor and four surrounding county executives — all Democrats — praised the decision.

“We’re pleased that the state has reversed their decision to balance the budget on the backs of our most vulnerable residents,” they wrote.

“While we understand the significant budget challenges caused by the pandemic, the proposed cuts would have only caused further harm to our residents who are already bearing the brunt of this crisis,” they added. “Moving forward, we must continue to fight for more state funding to reverse generations of underinvestment in transportation across our entire region.”

Excerpt: Baltimore often bears the brunt of racking up dubious statistics when it comes to crime rates, poverty, and unemployment.

But as the COVID-19 crisis has unfolded, the city has outpaced the state in terms of beating back infections caused by the virus, with both a lower positivity rate and slower spread of new cases than the surrounding jurisdictions.

According to the Maryland State Health department since the beginning of September, Baltimore’s 7-day rolling positivity rate has dipped below three percent, often hovering around two percent.

Meanwhile the statewide positivity rate has stayed firmly above 3 percent.

The distinction matters, health experts say. A lower positivity rate means the city is doing enough testing, and more importantly, getting a handle on neighborhoods that need attention.

“I think Baltimore’s experience relative to others is an under-covered story,” said Dr. Joshua Sharfstein, the vice dean for Public Health Practice and Community Engagement for Johns Hopkins Bloomberg School of Public Health.

Excerpt: Shemar, a twelve-year-old from East Baltimore, is good at math, and Karen Ngosso, his fourth-grade math teacher, at Abbottston Elementary School, is one reason why. “I would try to pump him up and tell him, ‘You’re a good student,’ ” she said. But she knew that he didn’t get enough sleep, and he was often absent. His home situation, like those of many of her students, was unstable: his mother suffered from drug addiction, and they moved frequently.

Ngosso kept an eye on Shemar even after he started fifth grade, which is when I met him, in late 2018, at First & Franklin Presbyterian Church, a few blocks from the transitional housing where he and his mother were living. I volunteered to tutor Shemar, and once a week I picked him up from school and we’d do homework at a coffee shop.

Shemar has a remarkably good sense of direction, which came in handy when he had to catch multiple buses and the light rail to get to school from wherever home happened to be. He has a knack for impish one-liners, often prefaced by “Can I just say something?” He is the only kid I’ve tutored who will, without fail, stop mid-text to ask about a word he doesn’t recognize. “Personification?” he’ll ask. “What’s that?” His own vocabulary is charmingly esoteric—once, he said that an older sister had “bamboozled” him into going to the store; another time, he asked me to tighten his swim goggles “just a smidgen.”

His mother takes Suboxone every day at a clinic, but stability is elusive. She and Shemar often stay up late watching TV, and when Shemar made it to school he was often drowsy in class. But being around teachers and other kids revived him. I continued to see him when he entered sixth grade, and on days when I picked him up he was typically tearing around the jungle gym with friends, with an unself-consciousness that, together with his slight frame, made him seem younger than twelve. Sometimes he’d help his social-studies teacher, a young woman in her first year on the job, straighten up her classroom.

One day, when I arrived, Shemar (this is his middle name) looked disconsolate. He thrust a sheet of paper at me—the social-studies teacher had quit. There was a tear running down Shemar’s cheek. “She was my favorite teacher,” he said.

By early March, there was a new social-studies teacher. Shemar’s English class was reading “Farewell to Manzanar,” a young-adult novel about the internment camps for Japanese-Americans during the Second World War. The hallways were decorated with posters for Black History Month. Shemar had made one about Bisi Ezerioha, the Nigerian-American engineer and race-car driver.

Then, on March 16th, as the coronavirus pandemic took hold in the United States, Maryland closed its schools.

Excerpt: In early spring 2015, five years before the world witnessed the graphic video of George Floyd being suffocated to death by police, Baltimore erupted into protest and turmoil after a young Black man named Freddie Gray suffered a fatal spinal injury while in police custody. Gray grew up in a section of West Baltimore where roughly half the children live in poverty.

But Gray’s horrific death was not likely the lone cause of the ensuing uprising. Like many cities, Baltimore has an enduring history of structural racism and chronic disinvestment in Black neighborhoods. That disinvestment is examined in a new Urban Institute study examining the flow of capital investment in Baltimore, one of the most segregated cities in the United States.

Although the study, conducted by Brett Theodos, Eric Hangen, Brady Meixell, and Lionel Foster, did not probe the root cause of the Baltimore uprising, it did track public and private capital investments in neighborhoods between 2004 and 2016 and can therefore provide insights into community revitalization patterns in the decade or so preceding the 2015’s civil unrest.

Excerpt: Alongside scissors and clippers, Live Chair is bringing health screening tools like temperature scanners and blood pressure cuffs to barbershops in Baltimore.

Two years after moving to Baltimore, the startup is growing work with barbers to spread health awareness among Black men, who on average die five years earlier and stand at higher risk of hypertension than their white counterparts. Through a new partnership with LifeBridge Health, the company is adding a health provider to the mix and expanding to more than 20 new barbershops in the Northwest Baltimore area.

The company’s progress to date offers a look at a unique model that meets people where they are to deliver healthcare, and the links across a local entrepreneurial community that can help startups move forward.

Barbershops are a place where folks visit regularly, and they serve as a key community gathering point where you find out what’s going on. Many of the men are also uniquely close with their barbers. Seeing that Black men are less likely to visit a doctor, Live Chair CEO Andrew Suggs and his team hit on a model that added health checks to its booking and management platform, which is already used by 600 barbershops in 27 states.

Excerpt: A Baltimore City Council bill to officially change the name of Columbus Day to Indigenous Peoples’ Day throughout the city [was introduced this week], at a time where the Italian explorer’s legacy is under renewed scrutiny amid a massive reckoning over racial injustice.

It’s the latest public re-examination of Christopher Columbus in Baltimore. A group of protesters tore down a Columbus statue near the Inner Harbor on the 4th of July and Councilman Ryan Dorsey has introduced a bill currently making its way through City Hall to rename another Columbus monument in the city.

Bullock, who represents West Baltimore, said at a Tuesday afternoon hearing that the purpose of the bill is to identify and honor indigenous peoples.

“History, oftentimes, has left a lot to be desired,” Bullock said.

Excerpt: Protesters ended a weekend of marches in Baltimore supporting Breonna Taylor, who was shot to death by Louisville police, by tagging the federal courthouse downtown.

They sprayed “Our servants” and other messages on the wall at the building entrance and “Fuck Trump DHS” on the sidewalk outside the Edward A. Garmatz U.S. District Courthouse.

They also tore down the flag from the flagpole in front of the building, at 101 West Lombard Street.

Two people were arrested for “destruction of property” while walking along Martin Luther King Boulevard, but were later released by police, according to organizers.

“The two trans kinfolk that were arrested by Baltimore Police tonight have been released from custody; according to family the police said it was a case of “mistaken identity,” @BmoreBloc tweeted.

Excerpt: It wouldn’t be fall without a robust lineup of local arts, and that’s still true, even in the uncertain year of 2020. Some museums (including the BMA, Reginald F. Lewis Museum, AVAM, and The Walters) have begun phased re-openings, while other arts venues continue to pivot toward online and outdoor programming. Whether you’re logging on or leaving the house, these 21 happenings offer some much-needed inspiration.