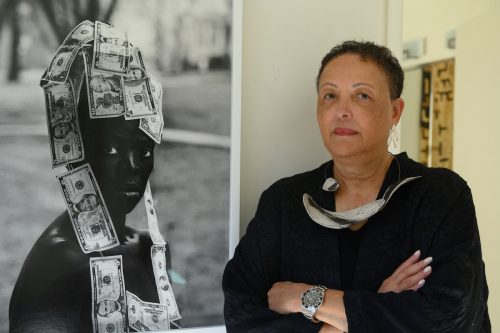 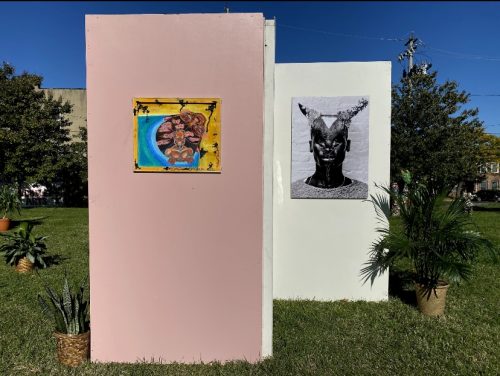 An Even Hotter Hot Sauce 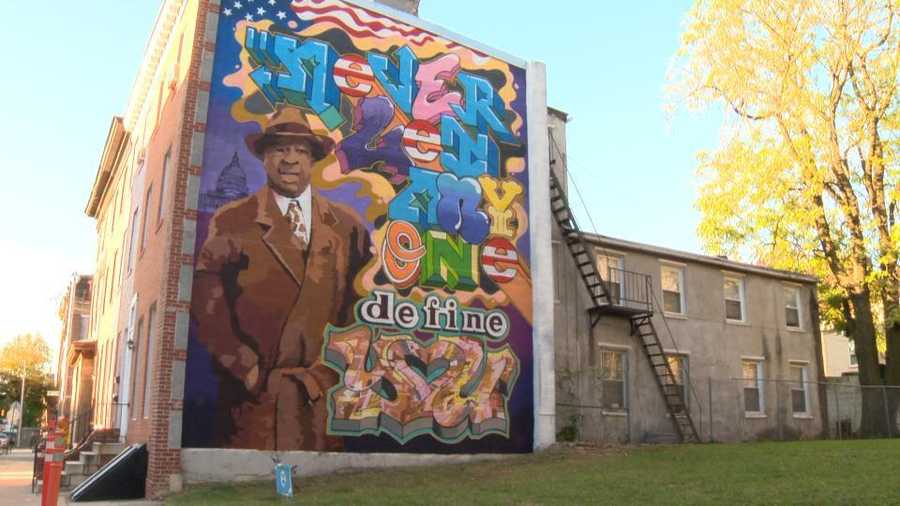 Excerpt: As the federal government gears up for a potential COVID-19 vaccination campaign, Maryland has submitted its distribution plan to the U.S. Centers for Disease Control and Prevention.

States were due to submit draft plans to the CDC by last week. The governor’s office released the details of Maryland’s two-phase strategy on Tuesday.

Under Phase 1, Maryland would provide vaccines to those who are most at-risk of developing complications from COVID-19 exposure — nursing home residents and staff, and people who reside in long-term care and assisted living facilities.

Members of the general population would receive the COVID-19 vaccine under Phase 2, as supplies permit.

Immunologist Says Hogan’s Vaccination Plan Is “Vague” But As Good As It Can Be For Now
by Sarah Y. Kim
Published October 21 in WYPR

Excerpt: Councilwoman Mary Pat Clarke says the public reaction to the Baltimore Police Department’s so-called “spy plane” is consistent across the many neighborhoods in her district:

“People are very negative about it, especially about the constant noise from it, and they’re desperate in their appeals for it to stop,” she said.
But with the six-month pilot run of the Aerial Investigation Research Program about to end, Clarke is worried that the outgoing Young administration might move to extend it.

That’s why she introduced a resolution at last night’s City Council meeting calling on the Board of Estimates to hold a public hearing on the controversial program prior to any decision on its extension beyond October 31.

“My understanding is, this was meant to be a turning point where we decide whether to go forward or not, but I have heard no sign of any agenda item or any hearing,” Clarke said.

Excerpt: The City of Baltimore is launching a fellowship that aims to serve as a pipeline to software development jobs with local government.

The city agencies are partnering with a pair of local orgs on the effort. One is Catalyte, the Otterbein-based company that uses predictive analytics to identify people with the potential to be great software developer regardless of background, and create more diverse tech teams. The other is Baltimore Corps, a nonprofit which seeks to create a more equitable city that has also been part of a wider city government fellowship program.

“Fundamentally, this partnership strengthens Baltimore’s technical infrastructure by enlisting local and area residents in software development,” Todd Carter, Baltimore City’s Chief Information Officer said in statement. “Given the realities of COVID-19, technology has never been more important to the health and wellbeing of our city,”

We caught up with the new executive director to discuss his background, reaching wider audiences in the age of COVID, and the publication’s commitment to on-the-ground reporting.

Excerpt: When Baltimore City Schools announced last week that 25 schools will reopen next month to increase in-person instruction for high need students, officials promised it could be done safely and with transparency.

The district has received little guidance from state or federal authorities on how to reopen safely, and teachers, who will be required to return to the classroom, say they were blindsided by the announcement. They are now calling attention to problems with the recent reopening of Student Learning Centers (SLC) as an example of their concerns.

On Sept. 28, a limited number of students began attending 15 SLCs, sites open to students who are experiencing homelessness, or those who otherwise will benefit from being in a physical classroom environment to connect with their teachers, who are currently working remotely.

Everyone who enters an SLC has their temperature checked, and students are separated into “learning pods,” which limits their interaction with other groups of students. Mask use is mandatory, and adults also wear face shields to minimize risk of COVID-19 transmission.

Multiple teachers working with students at the SLC at John Ruhrah Elementary/Middle School, which Baltimore City Schools CEO Sonja Santelises visited on Thursday, told The Real News that adults at the site are not strictly enforcing mask use for students. The school is in the 21224 ZIP code, which leads Baltimore in the number of confirmed COVID-19 cases, and has the third highest total in the state. But officials say there have been zero confirmed cases at the site since it opened, which they say suggests that current safety protocols are working.

Excerpt: In the early months of the coronavirus pandemic, as stay-at-home orders took effect and more commuters worked from home or lost their jobs, air pollution dropped markedly in Maryland, according to a recent report from the University of Maryland and the state’s Department of the Environment.

Levels of noxious pollutants were markedly lower: nitrogen oxide decreased around 15 percent, and carbon dioxide and carbon monoxide by 30 percent each from roughly mid-February to late May following plummets in traffic due to Gov. Larry Hogan’s stay-at-home orders, joblessness, an increase in telework and closed school buildings.

Traffic also decreased — registering between 50 and 80 percent fewer Vehicle Miles Travelled according to preliminary data — since the early weeks of the pandemic in Maryland, according to the study.

A pollutant called “black carbon” — tied largely to diesel fuel — decreased 30 percent during a two-month period, though data indicated that truck traffic decreased less than from other vehicles.

The state’s environment department, working closely with the University of Maryland, NASA and other government agencies and university researchers, used satellites, air samples from airplanes, roadside monitoring and traffic data to calculate the effects of the pandemic on the state’s air quality. Much of the data was collected from mid- to late-March through late May.

The new positions – unannounced and closely guarded by members of the administration – were ordered by Young’s chief of staff, Kimberly B. Morton, who was instrumental in advancing the career of Mosby’s wife, Marilyn Mosby, in the years before she became the city’s top prosecutor.

Morton has also been instrumental in a number of recent high-profile firings, including that of Housing Commissioner Michael Braverman.

The nine “at will” jobs – costing as much as $767,000 in yearly salaries – are set to go to the Expenditure Control Committee tomorrow before heading to the Board of Estimates for approval, which could take place as early as next week, The Brew has learned.

Excerpt: More than 100 people marched from Baltimore’s federal courthouse to City Hall Saturday chanting “No inauguration until confirmation” and “Vote him out” as part of the 2020 Women’s March.

It was a scene that played out in D.C. and in hundreds of cities across the country.

The march was organized by local advocacy groups, including Baltimore Women United and NARAL Pro-Choice Maryland.

The speeches at City Hall began with Ateira Griffin, the founder of local advocacy group Building Our Nation’s Daughters.

As a Black woman in America, Griffin said her own existence is an act of dissent.

“Who believed my ancestors would fight century after century for their freedom and rights and win? Not one soul. But they dissented,” Griffin said. “And who told a group of women they could plan year after year to bring thousands of women together… to march and raise their voices? No one. But we dissent.”

A new exhibit in Baltimore asks: What is the value of a Black life in America?
by Ed Gunts
Published October 19 in Baltimore Fishbowl

Excerpt: What is the value of a Black life in America?

That’s the fundamental question posed by a new exhibit in Baltimore, created in solidarity with the Black Lives Matter movement and designed as a commentary on 400 years of systemic racism in America.

“Society’s Cage” is the name of a 15-foot by 15-foot pavilion that was erected this summer on the National Mall in Washington as both an educational exhibit and a work of public art, forged in the aftermath of the killings by police officers of George Floyd in Minnesota and Breonna Taylor in Kentucky.

The pavilion was intended to travel to other locations, and the first stop outside Washington is Baltimore, where it opened today and will remain until Oct. 30.

Hopeless in Baltimore, ground zero of US ‘urban apartheid’
by Joshua Melvin
Published October 19 in AFP

His area is overwhelmingly Black, deeply poor and devastated by decades of neglect, which stands in stark contrast to the pricey condos, new stores and safe streets a few miles away in overwhelmingly white and affluent areas.

Baltimore is nearly two-thirds Black, yet it’s also been ranked one of the nation’s most segregated cities, where experts say the poorest African Americans are expected to live about two decades less than people in the wealthiest white districts.

Excerpt: Penn Station in Baltimore is an untapped and undervalued asset as I noted before. It is a big deal for Baltimore that it sits on the only high speed rail corridor in the US and connects the center of the city with Manhattan, Philadelphia, DC and the entire Atlantic region. It is an asset that is not nearly mentioned enough, nor is it reflected in local planning.

To this day, Amtrak is left to his own land holdings and investment without any supporting local strategies that would elevate the effort and put the Amtrak investment into the proper context. This is in stark contrast to other cities, for example Denver, which has revived an entire city quarter around an Amtrak station that has only two long distance trains per day; or to DC, where also a brand-new development district sprang up around Union Station. Striking in DC, for example: A giant bus terminal on top of the train tracks and a tiny, but very elegant bike parking station that adorned design magazines around the world. More transit oriented development over the tracks is in the planning stage.

Excerpt: As night follows day, natural disasters bring out the scammers ready to exploit public confusion and fear. The epic calamity of the COVID-19 pandemic is no exception.

Since the virus began to spread, the Federal Trade Commission has logged more than 220,000 reports of counterfeit cures, useless insurance policies and other ugly swindles being hawked to an unsuspecting public. At least $155 million has been lost.

Not on that list, perhaps because the sleaze is almost too hard to wrap your head around, is a colossal art museum scandal. If a precedent gets set, the bonfire of the Baltimore Museum of Art’s vanities threatens to take other museums with it. 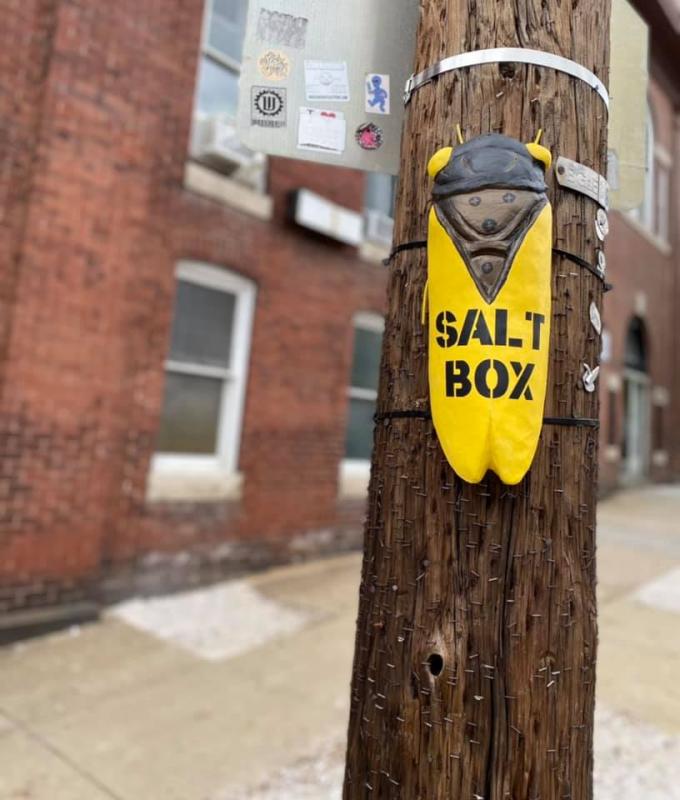 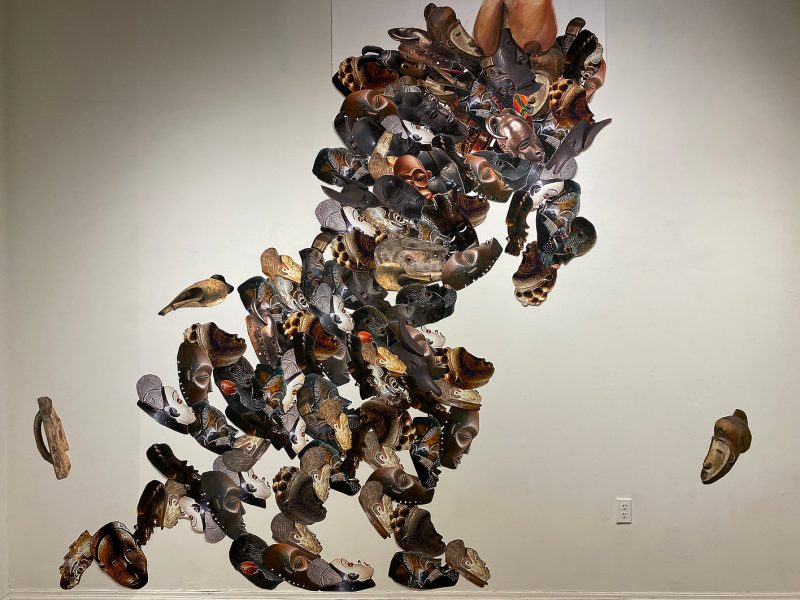 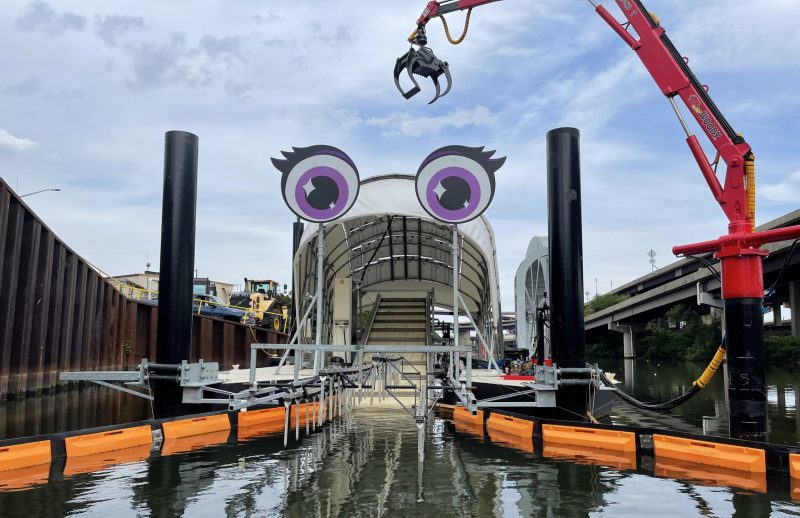