Baltimore’s New Mayor, The End of Dining Out, & the Status of Area Hospitals 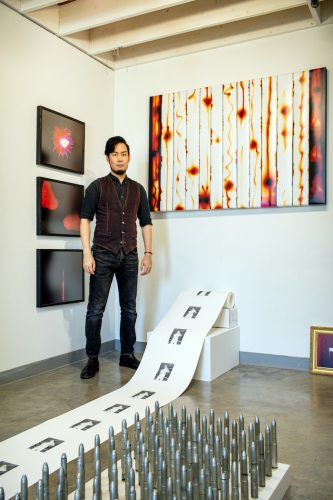 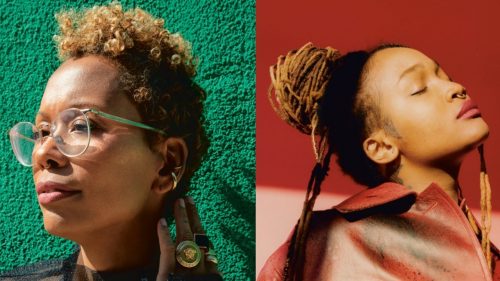 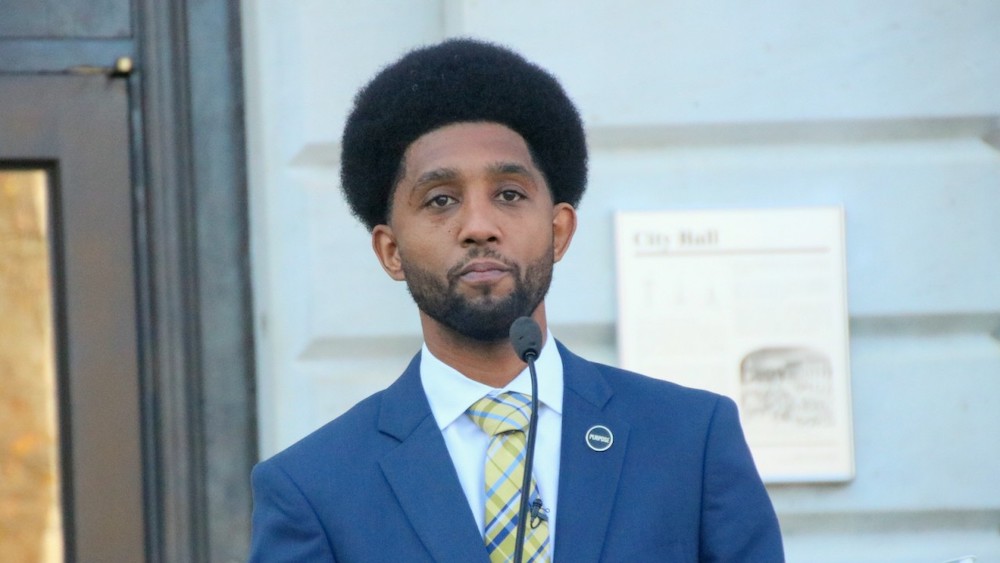 Excerpt: One day after being sworn into office, Mayor Brandon Scott has sharply rolled back Covid-19 restrictions, ordering the shutdown of indoor and outdoor dining as of 5 p.m. Friday.

Residents should continue to stay at home and continue to work from home when possible. And face masks should be worn – and social distancing practiced – at all times in public places.

Excerpt: In early October, Baltimore Museum of Art Director Christopher Bedford announced a bold plan to raise $65 million for diversity and equity efforts by selling three paintings — including a gigantic Andy Warhol take on Leonardo’s “The Last Supper” — from the museum’s collection.

Framed as a response to the summer-long Black Lives Matter protests, Bedford’s idea was approved by the museum’s board of trustees. Sotheby’s was tapped to handle a private sale of the Warhol and to auction works by Brice Marden (“3”) and Clyfford Still (“1957-G”) on Oct. 28.

But the masterpieces didn’t make it to the auction block. With hours to spare, the BMA rescinded the entire plan, capitulating to a firestorm of criticism that had sparked internal board squabbles and resignations and the withdrawal of tens of millions of dollars in promised gifts and artwork. The dramatic turnaround sent shock waves through the field and highlighted the fraught nature of “deaccessions,” the term for selling works from a museum collection.

Several prominent art critics also weighed in, including the Los Angeles Times’ Christopher Knight, who excoriated Bedford, implying his motives were cynical. The “sleaze,” he wrote, was “almost too hard to wrap your head around.” Arnold Lehman, BMA director for 18 years until 1997, called the plan “a devastating mistake for [the museum’s] present and its future.”

Leaving aside that there is one noble cause that everyone agrees can be funded by monetizing the collection (buying more art), that really is the question, isn’t it? Is the correct moral principle that, no matter how noble the cause, it can never be funded through the sale of art?

Excerpt: Baltimore’s long-established divides, made even worse by the coronavirus pandemic, stretch before the Brandon Scott administration.

The ongoing threat of the pandemic coupled with the cold of winter, systemic inequality and the city’s brutal homicide rates are but a few of the issues that Mayor Scott, who took office Tuesday, and the rest of the new roster of City Hall officials face.

“There is good news on the horizon: the promise of a vaccine,” Dr. Leana Wen, the city’s former health commissioner and visiting professor at George Washington University, said in an interview.

But the vaccine likely will be distributed in waves, meaning the winter still will be defined by the pandemic, she said.

Excerpt: With hospitals filling up rapidly and COVID-19 infection rates soaring, the leaders of Maryland’s largest counties and Baltimore City on Wednesday pleaded with residents to wear masks and avoid gathering with people from outside their immediate families.

The “Big 8” leaders — Baltimore’s new mayor, Brandon Scott (D), and the executives from the seven largest counties — made their plea during a 70-minute online press conference. They were joined by several of the state’s most prominent public health officials.

Anne Arundel County Executive Steuart Pittman (D), who spearheaded the event, acknowledged occasional friction with Gov. Lawrence J. Hogan Jr. (R) since the pandemic began. But the group requested no changes in the state’s approach to the virus.

Some leaders have recently announced new steps to slow the spread of the coronavirus, and others indicated they would do so in the coming days.

“This virus continues to ravage every community across Maryland,” said Baltimore County Executive Johnny A. Olszewski (D). “Right now we’re seeing astronomical case rates, from Western Maryland to the Eastern Shore, and everywhere in between. So let’s all step up and do our part, so we can finish this journey [and] crush this curve.”

Excerpt: In Mayor Brandon Scott’s first official address after being sworn in on Tuesday, he cracked down on COVID-19 restrictions—including limiting capacity for retail and museums to 25 percent—and closed food service establishments for indoor and outdoor dining until further notice.

“As I stated yesterday in my inaugural remarks, when it comes to the wellbeing of our residents, I am not afraid to do the right thing over the popular one,” Scott said during his press conference. “This is about saving lives—nothing more, nothing less.”

The mayor went on to explain that the Baltimore Development Corporation—which has previously awarded 235 grants totaling $2.8 million to provide relief to bars and restaurants in need—will begin awarding an additional $6.5 million in grant assistance to support more than 300 Baltimore restaurants and public markets that now face another shutdown.

Obama slams ‘Defund the Police,’ but his failed reforms fueled the movement
by Jaisal Noor
Published December 7 in The Real News Network

Excerpt: Activists are firing back at former President Barack Obama for his comments in a recent interview promoting his new memoir, “A Promised Land,” in which he called activist demands to “defund the police” ineffectual and said they should push for reforms, instead.

“If you believe, as I do, that we should be able to reform the criminal justice system so that it’s not biased and treats everybody fairly, I guess you can use a snappy slogan like ‘Defund The Police,’” Obama said. “But, you know, you lost a big audience the minute you say it, which makes it a lot less likely that you’re actually going to get the changes you want done.”

The concept of defunding the police has roots in the decades-old prison abolitionist movement, but it went mainstream this summer during Black Lives Matter protests following the police killings of George Floyd and Breonna Taylor. According to The New York Times, the protests constituted, by sheer number of participants, the “largest movement in U.S. history.”

The movement’s energy was in part the result of long-brewing dissatisfaction with the police reforms advanced by the Obama administration.

Excerpt: Lawmakers are pushing for a statewide mandate requiring every police department in Maryland to equip officers with body cameras, however the cost for equipment and maintenance of the footage may be the biggest challenge.

In October, a bipartisan legislative workgroup that was formed after George Floyd’s death to focus on police accountability voted for the recommendation to require every police department in Maryland to use body cameras by 2025.

Sen. Justin Ready, R-Carroll, who is a part of a separate legislative task force looking into police body cameras, said he isn’t opposed to a statewide mandate for body cameras if it’s financially feasible for the state to do it.

“We need to provide a way for counties to do that where it’s not breaking their budget,” Ready said. “You can’t mandate something that would be expensive for a small county or a small town and leave them to their devices.”

“I would be a proponent of a statewide usage of body cameras,” Sen. Charles Sydnor, D-Baltimore County, told Capital News Service. “But the question that the task force is wrestling with is: How do you create an environment where local police departments will be able to do it?”

Excerpt: Black and Mobile, a Black-owned food delivery app founded in Philadelphia, has expanded to Baltimore with 40 drivers and 20 Black-owned restaurants signed on in the city.

Founder David Cabello got the idea for the business while working for other food delivery services like Caviar, Postmates and Uber Eats. Making $1,100 dollars in 30 hours of work on a bike, he thought to himself, “If I can do this on a regular bicycle, how much could I make if I owned the company?” The rest is history.

Excerpt: The former head of procurement for the Maryland Department of Health said he was forced into retirement without explanation, months after refusing an unusual late-night request to send millions of dollars to a South Korean COVID-19 test-kit manufacturer.

He also raised concerns about whether the state followed best practices in its rush to acquire the tests last spring.

In an interview with Maryland Matters, Dana Lee Dembrow, a former member of the House of Delegates, said he was forced to resign by then-Secretary Robert R. Neall on Nov. 23, just one week before Neall himself retired.

The Maryland Department of Health is disputing several key elements of Dembrow’s account.

“Our family is grateful to know that we have the support of Marylanders who meant so much to him and whom he was honored to serve,” the younger Sarbanes said of his father.

Maryland Gov. Larry Hogan in a statement recognized Sarbanes’ dedication to the people of Maryland.

“Paul Sarbanes honorably served alongside my father on the House Judiciary Committee during Watergate before going on to represent Maryland in the U.S. Senate. Over his many decades of public service, Sen. Sarbanes was a sincere and passionate advocate for our state and its natural resources,” Hogan said.

BONUS: Here’s Three Things The 2020 Election Could Mean For The Future Of Maryland Politics
by Dominique Maria Bonessi
Published December 3 in The DCist

Excerpt: Maryland’s 2020 election results were by no means unexpected, but they do serve as a good weather vane for the future of the state’s politics and what might come of the 2022 gubernatorial election.

Democrats easily won seven of the state’s eight U.S. House seats; lone Republican Rep. Andy Harris from the Eastern Shore also retained his job. President-Elect Joe Biden won by a slightly larger margin than Hillary Clinton in the 2016 presidential election. The state also approved a ballot initiative that would give the Democratically-controlled legislature more authority over the state’s budget.

Political science experts tell DCist that all these results could signal a further solidifying of Democratic control of the state’s legislative districts, and a possible 2022 win for the party after two terms of Republican occupancy of the governor’s mansion.

Header image: Mayor Brandon Scott reads the Oath of Office at his inauguration on December 8, 2020. CREDIT THE OFFICE OF MAYOR BRANDON M. SCOTT