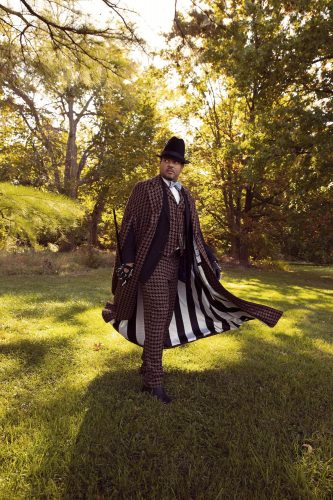 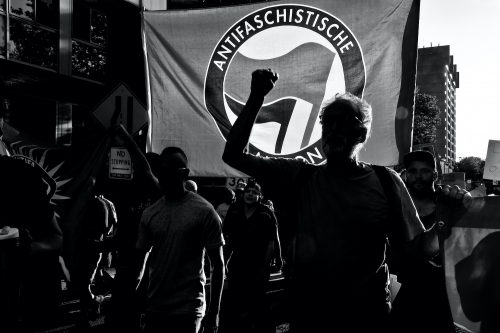 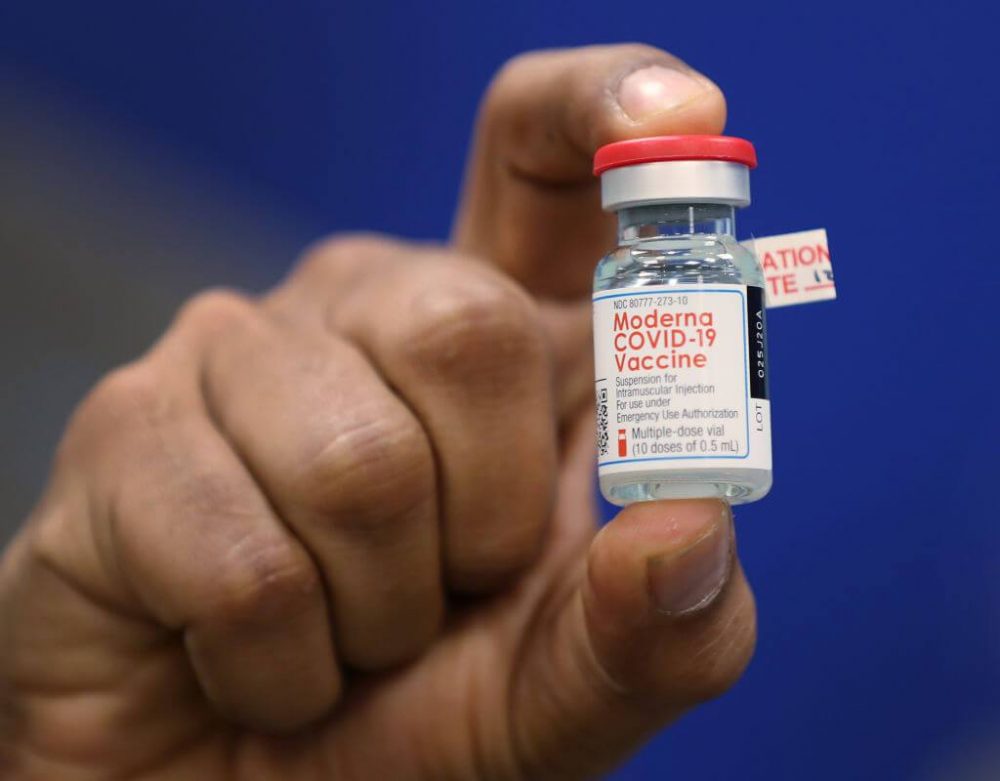 This week’s Baltimore news includes: Vexed by the vaccine, the true cost of Comcast, GOP guns blazing, and more reporting from Baltimore Brew, The AFRO, WYPR, and others.

The number of big-name supermarket and drug store chains offering the vaccine will also grow in the weeks ahead, Hogan said.

In addition, the governor said the state will make new efforts to get the vaccine into minority and low-income neighborhoods, where vaccination rates have lagged.

Despite Centers for Disease Control and Prevention and independent tallies showing that Maryland has one of the lowest vaccine use-rates in the nation, Hogan told reporters at a State House news conference that supply — not distribution — remains the biggest challenge.

“We have 100,000 doses. We have 2 million people that want to make an appointment,” Hogan said. “I know this is really frustrating.”

White Marylanders make up 58.5% of Maryland’s population, while about 31.1% of the state’s residents are Black, according to census data.

Although 10.6% of Marylanders are Hispanic or Latino, only 3.7% of doses have gone to individuals from that ethnic group.

Baltimore is Democratizing the Economy, One Pint at a Time
by Oscar Perry Abello
Published January 26 in Next City

If you work there for at least 15 months and earn top marks on your most recent performance review, you can become a part-owner of Taharka Brothers, and have not just a say but also a final vote on major business decisions and policies like those performance reviews. It’s one of the most important parts about being a worker-owned cooperative.

Out of 25 current employees at Taharka Brothers, six recently became the first worker-owners of the co-op, and another five are close to joining them.

“How it works is very important to me,” says Detric McCoy, one of those first six. “I love bringing ideas to the team. Some guys don’t always like every idea but having that debate and coming together to make decisions, compared to a typical business where everyone’s in a position and there’s no voting or anything — there’s still structure to it, you have your board members, but everyone has the chance to at least spread their voice compared to traditional work spaces.”

Excerpt: Democratic leaders in the state Senate have proposed a $520 million amendment to the governor’s proposed pandemic relief package.

“We agree with the governor, with his Relief Act that he has put forward,” Senate President Bill Ferguson told reporters on Wednesday. “And these additions are the targeted supports that we know are going to be most important to help Marylanders and small businesses make it through this crisis.”

He said the package is designed to fill gaps left by other relief programs, including the governor’s proposed package.

For example, Ferguson pointed to the governor’s proposed sales tax credit for businesses.

“That is a thoughtful, broad way of approaching it,” Ferguson said. “There are some businesses that don’t collect sales tax, and so they have been impacted immediately.”

Excerpt: Del. Brooke E. Lierman is proposing a bill to create a Maryland Office of Digital Inclusion, expanding the powers of the state’s rural broadband office.

In this year’s state legislative session, Lierman and six coauthors filed HB97, dubbed the Digital Connectivity Act. It would create an office within the Maryland Department of Housing and Community Development that focuses on bridging the digital divide in suburban and metro areas, in addition to the rural areas of Maryland served by the current office. A recent study by the Abell Foundation found that one in four Maryland households don’t have wireline internet, painting the picture that the digital divide is an issue for all Marylanders, regardless of if they live in an urban, suburban or rural area.

“This legislation recognizes the important work that the Office of Rural Broadband has accomplished, celebrates it, and says we must expand that work to cover every Marylander,” said Lierman, a Democrat who represents Baltimore city.

The money comes through an amended agreement between the state and Baltimore’s Department of Transportation, which is set to be approved today by Mayor Brandon Scott and the Board of Estimates.

The award is expected to pay for roughly half of the system’s operating costs in 2020 and 2021 as well as subsidize the Harbor Connector, a city-run water taxi serving Canton, Tide Point and Federal Hill.

Excerpt: Three Baltimore City councilmembers and the Baltimore Digital Equity Coalition (BDEC) have called on Maryland Attorney General Brian Frosh to investigate Comcast for alleged price gouging based on a new plan that would charge customers for data usage over 1.2 terabytes per month.

But Comcast spokesperson Kristie Fox told Baltimore Fishbowl that the change will affect “a very small percentage of customers” who use more than 1.2 terabytes of data per month, which she called a “massive amount of data.”

“The customers that do go over that are putting the greatest demand on the network, so we’re just asking them to pay more for their increased usage,” Fox said.

“It’s really clear: the data consistently shows ongoing and, in some cases, growing health disparities in Maryland, including the impact of COVID-19,” she told members of that committee at a hearing Tuesday.

The bills, sponsored by Peña-Melnyk and Del. Robbyn R. Lewis (D-Baltimore City), aim to increase health in Black and Brown communities, which trails that of residents in white communities.

2021: It is (past) time for y’all to be antiracist
by Dr. Karsonya Wise Whitehead
Published January 22 in The AFRO

Excerpt: Now that we are at the end of Donald Trump’s reign and we can feel the collective temperature of our nation begin to drop, we should probably take a moment to look back at what we have learned before the whitewashing of history begins. It is becoming increasingly apparent that every conversation in Trump’s America was about race, even when it was not. It is simply because every conversation about race in this country was (and is) a conversation about people in this country. Race is not a biological concept; it is a social construct that either extends or denies a person’s access to privileges and benefits. Conversations about race are messy and emotional, unsettling and frightening and where you stand on the question of race is an easy barometer to finding out where you stand on just about everything else.

Excerpt: A watchdog group is asking Washington’s top federal prosecutor to investigate whether Maryland Rep. Andy Harris violated the city’s firearms laws by bringing a gun to the U.S. Capitol last week.
The Campaign for Accountability, a Washington-based nonprofit organization, said the Baltimore County Republican may have violated several laws, including one barring the possession of a weapon not registered in the District of Columbia.

“Rep. Harris is not above the law and the U.S. Attorney’s Office must investigate,” said a letter from the organization this week to acting U.S. Attorney Michael Sherwin.

Bryan Shuy, Harris’ chief of staff, did not deny statements by a Capitol official and an eyewitness that Harris was stopped last week at a House floor checkpoint because he was carrying a gun.

Excerpt: As Joe Biden is sworn in as 46th president of the United States, we take you to Baltimore, Maryland. Donald Trump repeatedly attacked the city during his time in office, referring to Baltimore as “the worst in the nation”. Amid the Covid-19 pandemic, social inequality and the ghosts of segregation, with communities disfigured by poverty and crime, the city is a potent symbol of many of the issues which need to be addressed by the new US president. Our correspondents Fanny Allard, Matthieu Mabin and Kethevane Gorjestani report on the hopes of local Baltimore residents.