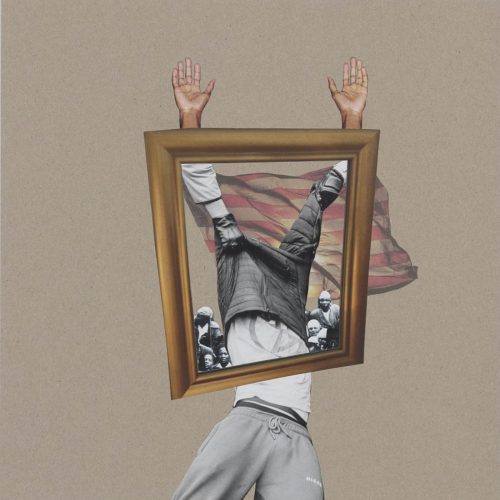 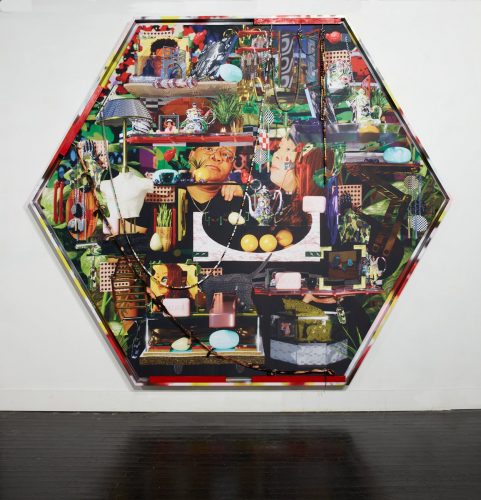 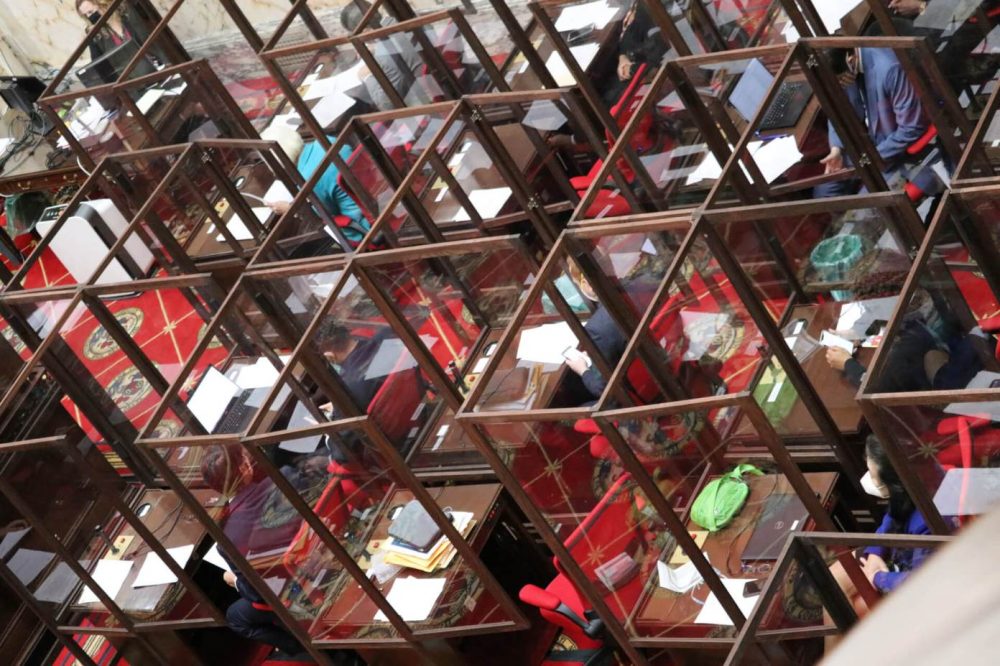 Excerpt: The U.S. House voted Wednesday to impeach President Donald Trump for a second time, charging him with inciting violent rioters last week who rampaged through the U.S. Capitol, temporarily derailing the tally of presidential votes and leading to at least five deaths.

The 232-197 vote concluded a swift, truncated process in the House, with Democrats arguing that Trump still poses an imminent threat, even as he’s days away from leaving office. Ten Republicans joined every House Democrat in voting to send the impeachment article to the Senate.

The vote sets up an impeachment trial in the Senate, expected to begin shortly before or potentially after President-elect Joe Biden takes office on Wednesday.

Democrats said they had to act quickly to impeach Trump. “We don’t have a minute to spare. He’s a clear and present danger to the people,” said Rep. Jamie Raskin (D-Md.), who was tapped to be the Democrats’ lead impeachment manager during the Senate trial.

Can newly elected Brandon Scott be the mayor Baltimore needs?
by Lisa Snowden-McCray
Published January 12 in The Real News Network

Excerpt: Last week, Baltimore Mayor Brandon Scott held a press conference outside of City Hall to give citizens an update on distribution of the newly released COVID-19 vaccine. He was reading from a prepared statement about how many doses of the vaccine the city would be giving out and who would be first to receive them, when Duane “Shorty” Davis, a local artist and activist who, when he isn’t feeding the homeless, is publicly confronting politicians, began yelling at Scott from just beyond the camera’s view.

“Shorty, pull your mask up,” he said. “Hold on a second. Shorty. Come on, man. People dying, Shorty. People need to hear this information because they are dying. Hold tight for a second.”

The exchange quickly went viral in Black Baltimore and beyond and even led to a dance remix incorporating Scott’s line, “Shorty, pull your mask up”—a line Scott’s team began using as part of a COVID-19 awareness campaign. Many people were amused to see a leader speaking so casually to a constituent (many out-of-towners didn’t realize that Scott was addressing Davis by the name he’s known by around town).

It was kind of funny, but the exchange also provided a frame for viewing Scott’s nascent mayorship and the challenges ahead: How will he get a city in the midst of crisis to run at a basic level of competency while also meeting a rising, progressive call for bolder action from dedicated activists?

Excerpt: On the first day of the Maryland General Assembly’s 442nd session, Gov. Lawrence J. Hogan Jr. (R) and Democratic leaders of the legislature pledged to work collaboratively on shared priorities — economic relief for needy residents, boosting distribution of the COVID-19 vaccine, and aid for struggling businesses chief among them.

But the outlines of differing policy preferences and timetables for action emerged even before lawmakers formally convened at midday in Annapolis.

In a live-streamed Wednesday interview with The Daily Record, Hogan (R) urged the Assembly to take up his recently-unveiled $1 billion relief plan immediately. Moments later, the leaders of the state Senate and House of Delegates signaled they would spend at least the first couple weeks of the session crafting their own multi-pronged package.

Similarly, lawmakers said they intended to make good on a long-held pledge to override Hogan’s veto of the Blueprint for Maryland’s Future, a bill to dramatically boost education spending, despite the governor’s assertion that doing so would be “one of the biggest mistakes” the legislature has ever made.

The promises to work together — and the early outlines of disagreement — occurred on an opening day like none in state history.

Excerpt: Baltimore City Council members introduced a package of housing relief bills Wednesday night, during a reconvened meeting that was suspended earlier this week, when the city’s video conferencing system failed. due to a Webex outage.

Though the coronavirus pandemic is not the genesis of the city’s longstanding housing insecurity issues, its resounding effects — shuttered businesses, job losses and long lines for unemployment benefits — have exacerbated the crisis.

One bill targets the late fees that landlords charge tenants. It would require city leases to include a 10-day grace period before a landlord may begin to charge late fees on rent payments. It would also limit how much landlords may charge for late fees: no more than 1%  of monthly rent for each day the tenant is late, not to exceed a total of 5%.

The bill also would forbid landlords from charging tenants who receive public benefits from late fees before the public assistance money arrives.

“Residents who receive public assistance are especially at risk, said sponsor Robert Stokes, a Democrat representing Northeast Baltimore. “You still have to pay your rent, but it will provide relief for vulnerable residents during this crisis.”

Another bill requires landlords who own or control 10 or more rental units to offer alternatives to security deposits, should those deposits exceed 60% of the monthly rent.

Why didn’t the officers in a $550,000 Baltimore police settlement face discipline?
by Mark Reutter
Published January 13 in Baltimore Brew

Excerpt: Today, Comptroller Bill Henry asked why the Police Department settled an excessive-force lawsuit against two officers for $550,000 without taking any disciplinary action against them.

The cash settlement was offered to Eric Jones, who suffered traumatic brain injury (TBI) in 2014 after he was tackled and “taken down” by two officers investigating a reported drug transaction in Northwest Baltimore.

Jones was transported to Sinai Hospital for emergency surgery as “an unfortunate result of the encounter,” Elizabeth Walden, chief counsel for the Baltimore Police Department, acknowledged today.

“I want to get a better understanding of why we are settling a case where the officers apparently did nothing wrong,” Henry explained at the Board of Estimates meeting.

Baltimore to award $550,000 to man who suffered traumatic brain injury during arrest
by Mark Reutter
Published January 11 in Baltimore Brew

Excerpt: The Maryland Department of Health (MDH) has confirmed two cases of COVID-19 in Maryland residents caused by the new SARS-CoV-2 variant strain commonly known as B-117.

The two cases announced today involve residents in the Baltimore region who are both under 65 years old and live in the same household. One of the two infected had traveled internationally and it is thought that one individual transmitted the virus to the other. Neither patient has needed to be hospitalized.

“Our state health officials are closely monitoring the emergence of the B-117 strain of SARS-CoV-2 in the state,” said Governor Hogan. “We encourage Marylanders to practice caution to limit the additional risk of transmission associated with this strain. It is critically important that we all continue to follow standard public health and safety measures, including mask-wearing, regular hand washing, and social distancing.”

Excerpt: With vaccination for COVID-19 underway locally, the Baltimore City Health Department is providing information and infographics about the distribution plan through a central website.

“The site gives all of the current information that we have,” said Mike Fried, chief information officer of the Baltimore City Health Department. “It allows folks to sign up for updates if they’re medical providers…We’re trying to really make it a central source for all of the information” on the vaccine and distribution plans, he said.

The website offers a look at the phases for distribution.

On the Ground of the Capitol Siege: Pro-Trump Riot Plummets into Violence and Tragedy
by Ron Cassie
Published January 7 in Baltimore Magazine

Excerpt: A pro-Donald Trump mob, intent on blocking the transition of power to President-elect Joe Biden, took over the U.S. Capitol Wednesday afternoon, plummeting the historic seat of American democracy into chaos, violence, and tragedy.

The shocking scene, incited by the president’s incendiary language—he vowed “never to concede” and implored supporters to “stop the steal” at a rally just hours earlier—was unimaginable to most Americans before yesterday.

Elected members of the U.S. Senate and House of Representatives—gathered to certify Biden’s presidential election victory—were forced to shelter in place and don gas masks as a grossly unprepared U.S. Capitol Police department failed to hold back the pro-Trump rioters. One woman, who has been identified as 35-year-old Air Force veteran Ashli Babbitt, was shot and killed inside the U.S. Capitol by police. Three other individuals, whose names have not yet been released, suffered what police described as “medical emergencies” and died during the siege, D.C. police Chief Robert Contee III said. The circumstances and details of those deaths have not yet been released.

Rioters, who scaled walls and described their intent as an “insurrection,” fired chemical irritants, rocks, and bottles at police. Some turned the flagpoles carrying their pro-Trump banners into weapons, smashing windows and doors as they yelled anti-Black Lives Matter slogans and stormed the U.S. Capitol.

“I am co-hosting two buses to the Million MAGA March/Rally with the Frederick County Conservative Club in support of  President Trump @realDonaldTrump on January 6, 2021 to #StoptheSteal,” he wrote on Twitter on Jan. 1.

This effort was in partnership with the Frederick County Conservative Club. A third bus was eventually added on.

It is unclear how long the group was in Washington or if any of its members participated in the attack on the Capitol.

Excerpt: The Baltimore Greenways Trail Network is a relatively new idea. Other projects working their way through Maryland’s transportation pipeline, including the Purple Line, the cancelled Baltimore Red Line, the Corridor Cities Transitway, and the Southern Maryland Rapid Transit Project, each date back decades. But the Baltimore Greenway, a proposed 35-mile network of urban trails ringing almost the entirety of Baltimore City, only dates back four or five years — Rails-to-Trails Conservancy’s earliest planning meetings for the project launched toward the end of 2015. But despite its newness, the trail network, spearheaded by a coalition with more than 40 stakeholder members, has a key advantage: it’s already almost done.

It would only take 10 more miles of trails — about $28 million — to complete the 35-mile network, which would link up to 75 neighborhoods and could come with millions of dollars in economic and social benefits. A new report by consulting firm Ernst & Young, commissioned by the Greater Washington Partnership (GWP), argues that the Baltimore Greenways Trail Network has the potential to not only bring countless benefits to the city, but also to do so sooner than any major transit project proposed in Central Maryland.

Header image: The [state] Senate floor as seen from one of the galleries above. Photo by Danielle E. Gaines.