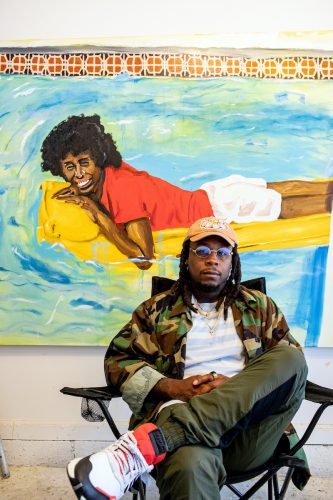 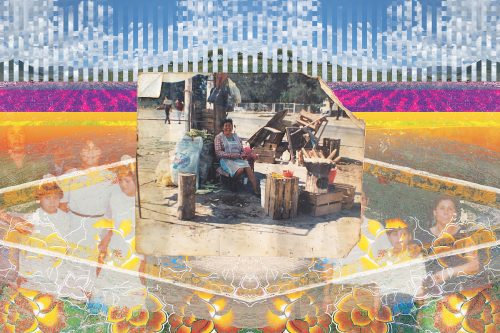 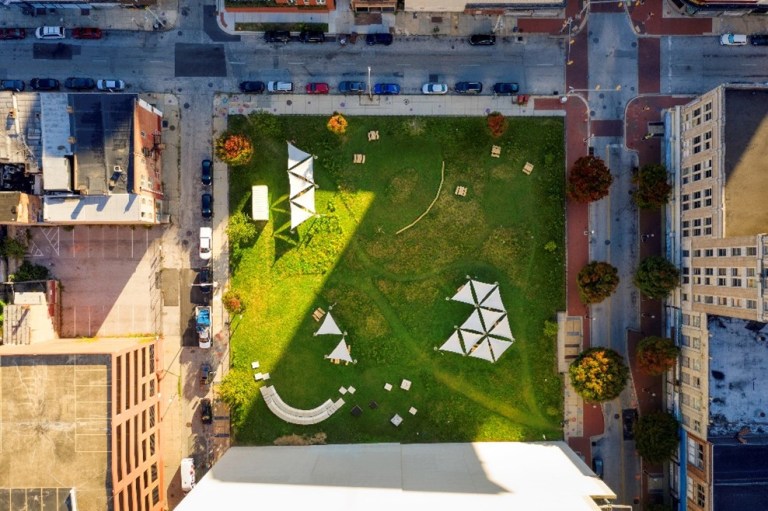 This week’s Baltimore news includes: Comcast schooled by Baltimore City students, a not-so-beautiful day in the Choptank’s neighborhood, the Spy Plane lands at Sundance, and more reporting from Baltimore Brew, Fishbowl, The Real News Network, Baltimore Magazine, and others.

Excerpt: Nearly a year into the COVID-19 pandemic that sent work and learning home for many, Comcast said Tuesday that it will double the download speed of its Internet Essentials service for low-income Americans to 50 Mbps and increasing its upstream speed to 5 Mbps, effective March 1.

This speed increase comes after months of criticism from around the mid-Atlantic region and beyond that the Center City Philadelphia-headquartered telecommunications giant must do more to bridge the digital divide in the regions where it operates — especially during the pandemic, when digital access inequities have been laid bare.

Internet Essentials has been used by 8 million people nationally since its 2011 launch, serving those who qualify for programs such as the National School Lunch Program, Medicaid and SNAP. The service currently costs $9.95 per month and offers a 25 mbps download and 3 mbps upload rate.

A spokesperson told Technical.ly that this increase is the sixth time Comcast has upped its Internet Essentials speeds since the start of the program. Since March 2020, Comcast has also added two months of free service to new customers who sign on during the pandemic, which more recently has been extended to any qualifying customer who signs up before June 30 of this year.

This expansion news raises the question: Is it enough?

Excerpt: When a child is arrested by a police officer stationed in a Baltimore City public school, they are handcuffed, placed in cages, photographed and fingerprinted — even kids as young as seven-years-old, according to Jenny Egan, a Baltimore City juvenile public defender.

“It is a terrifying and dehumanizing experience that sends a message to our children. This is who you are to us; this is what we think you deserve: cuffs and cages,” Egan said at a news conference Tuesday. “We have to think about the impact that has on a child who is trying to become the person they will be.”

She was speaking in support of a legislative package introduced by Dels. Jheanelle K. Wilkins (D-Montgomery) and Gabriel Acevero (D-Montgomery) seeking to restructure disciplinary measures in public schools across the state.

Excerpt: The Choptank restaurant was the talk of Fells Point last week after word got out that its owners had threatened to sue everyone who signed a petition asking the city not to renew their liquor license because of loud music.

Yesterday, Choptank’s threat against its neighbors was denounced in Annapolis, where the General Assembly is considering legislation that would strengthen protections for individuals who are sued or threatened with lawsuits if they exercise their right of free speech.

“Needless to say, the people who got these letters were terrified,” said Paul Levy, a lawyer with the Public Citizen Litigation Group who follows free speech issues around the country.

Levy was one of several speakers at a Senate Judicial Proceedings Committee hearing supporting a bill that would make it easier for citizens to defend themselves against SLAPPs (Strategic Lawsuits Against Public Participation) intended to intimidate people from speaking out at public meetings or writing articles.

Supporters of the legislation say the Choptank case, in which an attorney sent a threatening letter to residents alarmed by the property’s allegedly loud noise, illustrates SLAPPs’ chilling effect on the little guy.

The residents “knew it could cost them tens of thousands of dollars to defend a libel suit, so most of them did not show up for the liquor license renewal hearing,” Levy said, noting that the board then decided there was not enough evidence to support a noise complaint and rejected it.

Excerpt: All nine Democrats in Maryland’s congressional delegation are calling on Gov. Larry Hogan to create a more centralized and equitable distribution process for the COVID-19 vaccine.

The members, led by Sen. Chris Van Hollen and Congressman Anthony G. Brown, sent a letter to the governor Wednesday, citing frustrations from constituents across the state who have been eligible but unable to get their vaccines.

“MDH has not released clear directions, nor created a streamlined process needed for Marylanders to actually get a vaccine,” the letter reads. “More often than not, eligible Marylanders are unable to set up appointments or have had their scheduled ones unexpectedly cancelled.”

Van Hollen said Maryland is lagging behind other states. Communities of color have been vaccinated at disproportionately lower rates.

Excerpt: In keeping with his totally surreal and dazzling life, it’s apt that the last person Hilton Carter hugged—aside from his wife—was Food Network icon Rachael Ray. You know, one of those pre-lockdown hugs when you could wrap your arms around someone and really lean into it. Carter was in New York City in early March promoting his book Wild Interiors: Beautiful Plants on The Rachael Ray Show.

The train ride from Baltimore’s Penn Station that early Wednesday morning had been eerily empty, his first real indication that this COVID-19 thing was getting serious, and Ray’s producers informed him when he arrived that there would be no studio audience. So Carter acted as the lone non-staff audience member until Ray called him down for his segment. “What? Is this The Price is Right?” he joked at the time. He and Ray talked about self-watering hacks and using pencil shavings to keep bugs off plants. After the show, he boarded the train back to Baltimore and has only ventured out of Maryland once since.

But Carter—with his familiar scraggly beard, hip hats, and easy-going style—has been doing a lot more than just watering his 250 (give or take) plants these past 11 months. He and his wife, Fiona Vismans, a dentist, bought—and are renovating—their first home, they created a tight-knit pod of friends to survive quarantine, and Carter wrote his third book. “I had nowhere to go,” laughs Carter. “I figured I should spend it making a book—with a few breaks to puzzle.”

Excerpt: Beginning in the early days of the COVID-19 pandemic and continuing in the 10 months since, media outlets have churned out a steady dose of conjecture about the “end” of cities, the unknown future of the urban public realm, and the fate of previously vibrant public places and districts in cities across the nation.

Meanwhile, placemakers, practitioners, and planners have pivoted their work to drive home an often-underappreciated reality: Urban places are not, in fact, destined for decline, and our cities’ public spaces, commercial districts, and other place-based assets will be driving forces in economic recovery.

One model initiative from Baltimore demonstrates this reality by showing how even during the height of pandemic-induced lockdowns and unfounded fears of urban density, coordinated efforts to support an activated urban public realm and vibrant commercial districts can co-exist with public health best practices and inspire more flexible innovations within our nation’s cityscapes for years to come.

Excerpt: During every election since Monica Cooper returned home from more than a decade of incarceration she wears her “I Voted” sticker in the center of her forehead.

But Cooper said many formerly or currently incarcerated people encounter barriers to registering to vote and casting their ballot.

Cooper is part of the “Expand the Ballot, Expand the Vote” coalition, a group of voting rights advocates and organizations pushing the Maryland General Assembly to pass a bill that would require the state’s correctional department to provide voter registration applications and election education materials to eligible voters who are incarcerated or recently released.

The bill would also require the State Board of Elections to submit an annual report to the General Assembly, including the number of incarcerated or formerly incarcerated, eligible voters who registered to vote, attempted to vote and successfully voted that year.

Safe return or no return: Strikes loom for public schools
by Jaisal Noor
Published January 28 in The Real News

Excerpt: Across the country, a growing number of students, teachers, and parents are resisting pressure to return to the classroom before all teachers and students are vaccinated—and in Baltimore, students are preparing to strike in support of their teachers’ safety.

During a Jan. 26 school board meeting, 18-year-old high school senior Joshua Lynn, a former student school board commissioner, announced plans for a student strike against in-person instruction until teachers are vaccinated.

“Reopening … should not be followed through …. unless all teachers are FULLY vaccinated,” Lynn, who recently recovered from COVID-19, told The Real News. “The goal is for students to not come to school… Continue with online learning, but not coming to in-person school. Just so that we were making the message clear that we want to make sure that our safety for our teachers and ourselves [is] held to at the highest and utmost respect before anything.”

Excerpt: At the climax of All Light, Everywhere, a provocative documentary about surveillance, a white businessman sits at the front of a Baltimore community meeting, presenting the entirely Black group with his plan for reducing the city’s crime. The device he’s proposing is a spy plane—a flying clump of cameras that would hover over urban areas taking second-by-second photographs to beam down to Earth in real time. The initiative, he insists, would be a deterrent for potential criminals: They’d know they were always being watched.

As the community members learn more about the program, the meeting turns to mayhem. “If you want to sell this program, turn the camera around. The community is not at all interested in being surveilled,” a community pastor cries at one point. “Your perspective is different from mine,” he adds. “What are you looking at?”

BONUS: “Johnny” Waters goes back to school, Calvert School, that is
by Ed Gunts
Published February 2 in Baltimore Fishbowl

Excerpt: To most people, the director of Pink Flamingos and Hairspray is John Waters, the esteemed writer and filmmaker who’s based in Baltimore, spends his summers in Provincetown and jets off to Paris for a fashion shoot or Rome for a film festival, even in a pandemic.

But to his classmates at Calvert School in the 1950s, he was Johnny, the kid who liked Rock-n-Roll more than sports, won a Jitterbug dance contest, took his friends to the record store and put on puppet shows.

Last week, those classmates and others got a chance to catch up with Johnny during an hour-long Q&A session on Zoom.

Billed as “A Night with John Waters ’58,” the virtual event was a substitute for the “Night on the Town” fundraiser that the private school usually holds in-person, and attracted 160 attendees and garnered more than $30,000 for its faculty program. 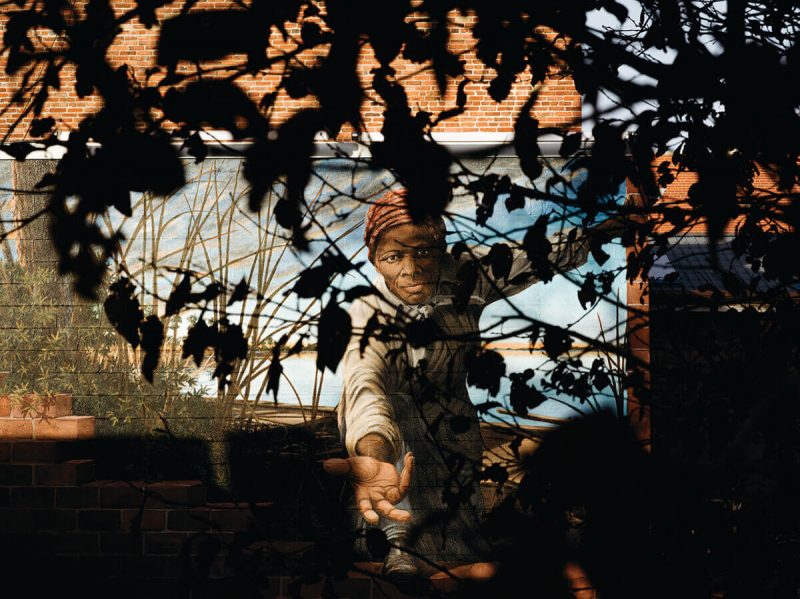