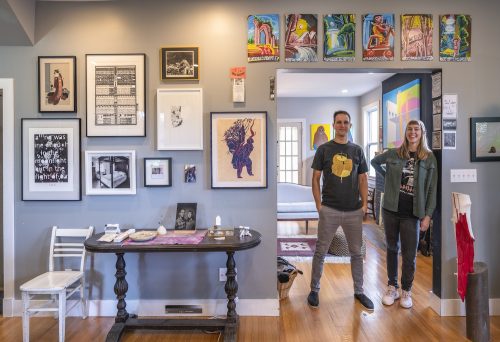 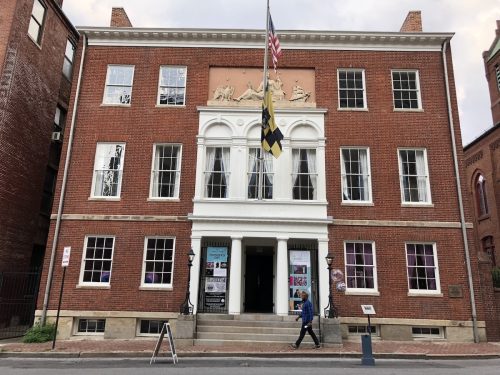 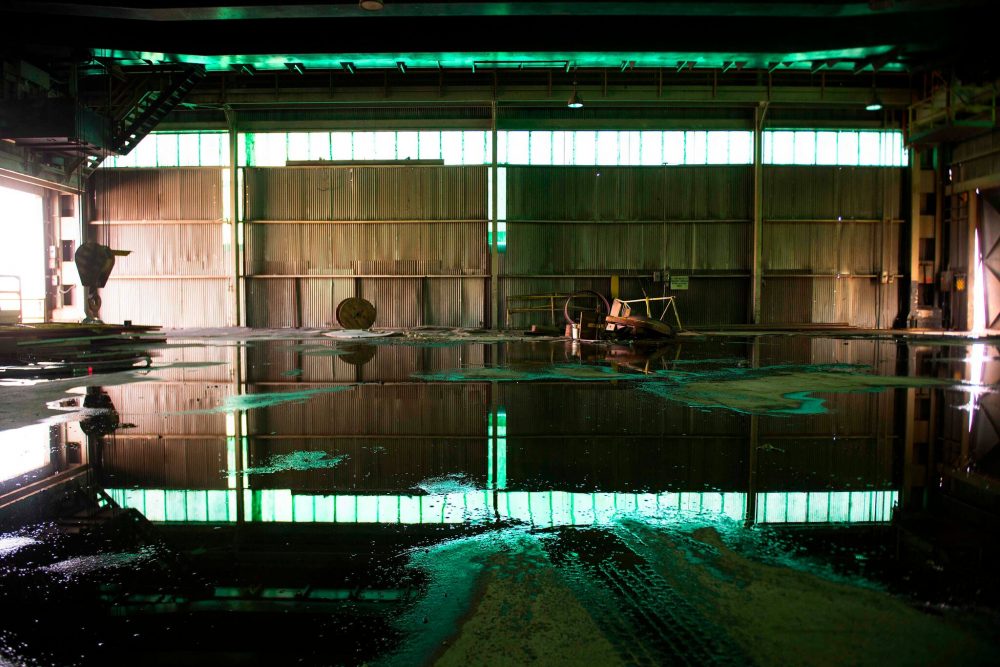 Excerpt: Governor Larry Hogan today lifted capacity restrictions on restaurants and stores in Maryland, his biggest move yet to reopen the state since coronavirus cases spiked during the winter holidays.

But his executive order – taking effect 5 p.m. Friday – caught some by surprise, especially in jurisdictions like Baltimore, where restaurants remain limited to 25% capacity indoors and 50% outdoors.

Asked at a news conference in Annapolis if his order returning Maryland to 100% capacity for restaurants, retail, fitness centers and religious establishments supersedes tighter rules in some local jurisdictions, Hogan said it does not.

“But my advice is that they should follow the state guidance and get in line,” the Republican governor added.  (The language in his order, saying it will render local regulations that conflict “null and void,” has caused some confusion.)

Baltimore Mayor Brandon Scott, meanwhile, had a cautious response to the news, saying Hogan’s executive order is under review by the city Law and Health departments.

“Baltimore will continue to lean on the direction of healthcare professionals and local data on Covid-19 hospitalizations, deaths and new cases to shape reopening efforts in Baltimore,” Scott said in a statement.

Excerpt: A 94-year-old veteran got so tired of waiting for an appointment that he drove around his Washington suburb at random, hunting for a vaccine.

A partially blind 81-year-old wanted a shot but had no computer or smartphone to register online. Yet another elderly Black resident of Maryland’s hardest-hit county, this one 102 years old, relied on church friends a few decades younger to help her through a distribution system best navigated by Gen Z.

Amid concern that prioritizing speed has heightened vaccine inequity statewide, Prince George’s County stands out: The majority-Black suburb has by far the most coronavirus cases in Maryland, and the lowest percentage of vaccinated residents.

Gov. Larry Hogan (R) has repeatedly cited vaccine hesitancy among minority groups as the key cause for the lagging rates, saying at one point that African American and Latino residents in Prince George’s, who represent 84 percent of the county’s population, are “refusing to take the vaccine.”

During the more than a yearlong pandemic, a total of 389,566 Marylanders have tested positive for COVID-19, while 3,052,100 have tested negative, according to the Maryland Department of Health’s COVID-19 Case Map Dashboard.

And while the Senate spent weeks in high-profile sessions finalizing its police reform package, Jones’ bill was quietly worked on in the House Judiciary Committee.

The Judiciary Committee’s final product had nine sweeping amendments — including several measures that were outside of the scope of the House Workgroup to Address Police Reform and Accountability in Maryland — rendering the bill nearly unrecognizable from what was presented before the committee just weeks before.

In a statement Tuesday afternoon, Jones said that her bill puts “citizens squarely in charge of officer discipline.”

“I am proud of this legislation, which places oversight of these public assets in the hands of Maryland residents, and I look forward to it passing the full House later this week,” she said.

Excerpt: As an engineer, Mathew Steininger believes in the power that simple solutions can bring to complex problems.

The University of Maryland, College Park computer science major saw the need to apply that approach as he saw Maryland’s COVID-19 vaccine rollout playing out early this year.

The state system has different websites for appointment booking at different clinics, and there were a limited supply of vaccines. So getting an appointment could require having multiple browser windows open, and refreshing constantly. It created a system where the first person to make an appointment gets it.

As he kept up with local news coverage, he saw how this disadvantaged some would-be vaccine recipients. And the reports continued even as vaccination ramped up further in 2021.

“It seems like as time goes on it would be easier to get a vaccine,” said Steininger, who is from Reisterstown. “But no, it is still challenging for a lot of people, especially older less technically inclined people.”

Excerpt: When I set out to report a book on the problem of growing regional inequality in America, I did not expect that it would involve spending several hours on a cold winter day standing inside a large dumpster.

But there I was, helping a man named Keith Taylor toss all manner of trash from a giant receptacle to reach the treasure buried below: hundreds of bricks from the demolished headquarters of the sprawling Bethlehem Steel plant on Sparrows Point peninsula outside Baltimore.

Mr. Taylor, who started working at the plant in 1989 and spent the next 11 years there, wanted the bricks as part of his effort to reclaim the heritage of Sparrows Point. In the 1950s, Beth Steel, as locals call it, was the largest steel plant in the world, a dense skyline of chimneys and coal chutes abutted by a company town then home to more than 5,000 people.

Mr. Taylor planned to use the bricks for a new lighted walkway at Sparrows Point High School. I was there because I had come to see Sparrows Point as emblematic of the transformation of the U.S. economy over the past few decades and the gaping regional divides that this transformation had produced.

Excerpt: Marylanders are overwhelmingly in favor of legalizing marijuana for recreational use, according to the latest Goucher College Poll results released Tuesday.

Public opinion on marijuana has shifted since the last time the poll asked about it a year and a half ago. In September 2019, 57% of Marylanders polled said they “support” or “strongly support” making marijuana legal for recreational use. Now, that number is 67%.

“Support has always been really strong among progressives and among Democrats and among young people,” said Kromer, director of the Sarah T. Hughes Field Politics Center at Goucher College. “But this is the first time that it’s ticking up to 50% among conservatives and Republicans and older Marylanders.”

Excerpt: A year ago, Brandon Scott proposed a charter amendment to remove the city solicitor and public works director from the Board of Estimates, arguing that, as mayoral appointees, their presence made the board a rubber stamp for the mayor.

“Currently, if the mayor wants a contract before the board to be approved, it will be approved, even when my questions are unanswered and even when the public has serious concerns,” Scott said at the time. “That’s not transparent, nor is it in the public’s interest.”

Instead, he argued that the panel’s votes should be distributed equally among its three elected officials – the mayor, City Council president and comptroller.

Scott was City Council president when he made that argument. Today MayorScott used his two appointees to approve a major sewage plant contract, then blocked an attempt by Council President Nick Mosby and Comptroller Bill Henry to delay the 2021 tax sale because of the Covid health emergency.

Excerpt: Documents obtained by PAR reveal how an air ambulance (medevac) service has been used repeatedly to fly surveillance missions over the city of Baltimore, raising serious questions about the militarization of American police and the dystopian consequences of law enforcement’s growing civic influence. On this week’s episode of PAR, hosts Taya Graham and Stephen Janis take a closer look at the decision by Maryland State Police to purchase tactical helicopters, which has had troubling implications for a system tasked with providing a critical public health service.

In The Republican Grift-o-Sphere, There Are No Patsies
by Liz Dye
Published March 4 in Wonkette

Excerpt: On Tuesday the Washington Post published an article on hapless Republican congressional candidates, hoodwinked by greedy media companies that exploit their fundraising prowess and leave them with nothing. The horror!

Patient Zero for this investigation is Kimberly Klacik, the failed GOP congressional candidate in Maryland’s 7th District. Klacik professed that she “almost passed out” when she discovered she’d pocketed less than a quarter of her fundraising haul after one of her campaign ads went viral.

While the Post notes in passing that the spot, produced by Newsmax’s Benny Johnson, “showed her marching in a red dress and high heels past abandoned buildings in Baltimore, asserting that Democrats do not care about Black lives,” it neglects to mention that it went viral because Donald Trump and his vile elder son used it as a stick to beat a majority-Black Democratic city with. Nor does it query why a candidate running to represent the people of Maryland in our nation’s capital couldn’t be bothered to read her own vendor contracts. Probably because they were too busy tut-tutting over poor Kim Klacik getting chewed up and spit out by “the system.”

Excerpt: Even as schools reopen and billions in relief for schools are on the way, Baltimore City Council President Nick Mosby worries about the residual effects and trauma caused by students missing classes. He joins Stephanie Ruhle with Bank Street College President Shael Polakow-Suransky to discuss.