Litscope: Aries & Safia Elhillo’s Home Is Not a Country 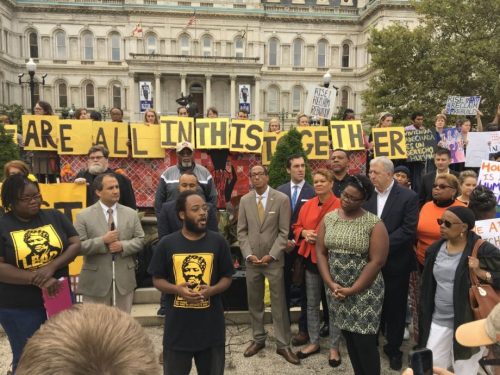 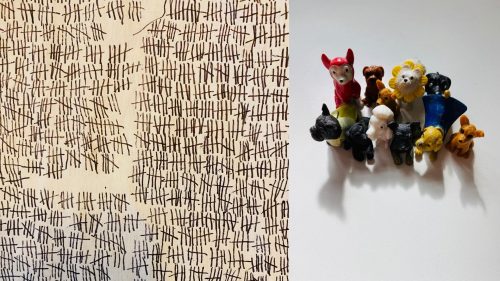 All Things At Once: Visual Diary for a Wayward Year

Media & Literature
Litscope: Aries & Safia Elhillo’s Home Is Not a Country
These poems center on a young Muslim American girl named Nima, but the issues that she wrestles with are far from childish 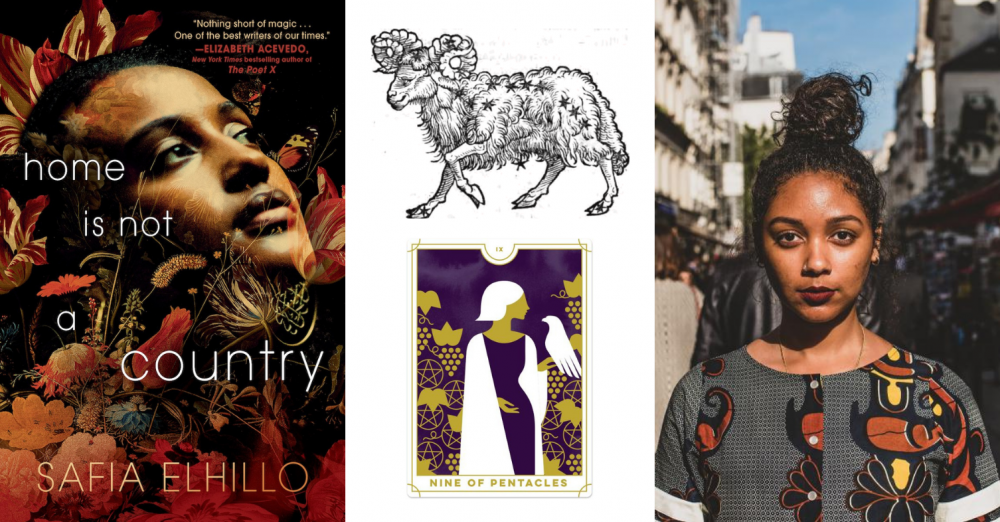 This April feels particularly optimistic. The COVID-19 vaccine is becoming more widely available here in Maryland, and with the light rain blessing growing flowers, we can’t help but feel a bit more jovial. Astrologically, we’ve got another good month for progress, as most of the planets are direct this month. However, because no month can be utter perfection, a Pluto retrograde arrives on April 27. Pluto is the planet of death/rebirth, reproduction, transformation, viruses, and waste. The short translation of Pluto: deep dark stuff. Generally, we should tread lightly near the end of the month while Pluto makes us (re)view the aforementioned topics. Do a little introspection and take stock of your internal subconscious mind. This will be the time to face those fears that most of us like to keep hidden.

Without further ado (our sign for this month LOVES a grand entrance) it’s time to roll out the red carpet for Aries, the sign that governs late March to late April. Of course, that carpet is red, considering this sign is ruled by feisty Mars—beware, because hot-blooded Aries might burst into a fight about anything they’re passionate about. And if you’re friends with a jocular (but also stubborn) Ram, you know their list of passions is long. They also enjoy athletic hobbies, especially since they love to keep fit! On the negative side, this fire sign can be exhausting. But remember they are the initiators of the Zodiac since they kick off the astrological year. Want to start up an ambitious business? Thinking of digging up that rocky front lawn to plant a fruitful garden? Call up an Aries! No challenge is too big for them.

The places we go to in our heads, or the ways in which we engage multiverse theory, are sometimes more real than we think.

Speaking of challenges, Safia Elhillo’s Home Is Not a Country is more than a book, it’s a complex adventure (perfect for restless Aries) exploring the mind of a 14-year-old. Even the structure itself reflects restlessness: Home Is Not a Country is a YA novel written in verse. These poems center on a young Muslim American girl named Nima, but the issues that she wrestles with are far from childish. The novel is blunt; it doesn’t spare any details about how alienating, cruel, and even racist children can be, like in this passage about Nima getting bullied after school: “he turns & shoves me/ & i feel the cold metal of the lockers against my back/ terrorist bitch    he spits into my hair.” But Nima explodes and takes her anger out on the one who loves her, her mother: “Why did you bring us here? They hate us…. Why did you bring me here/ to be tortured?”

As the novel continues, multiple other problems plague Nima. Her mother is mocked for wearing her hijab, kids make fun of her low economic status, and when her friend Haitham ends up hospitalized—a victim of a hate crime—that’s the last straw. Nima makes a fantastical jump to her homeland (which other reviewers speculate may be Sudan) with a spirit girl named Yasmeen. Yasmeen is Nima’s shadow spirit side. She holds the name Nima’s father wanted for his unborn daughter, and the one Nima fantasizes about—a different version of herself living in an alternate universe. The novel truly takes off here and the poetry gets sensual (Aries are fiery in this area, too).

The story rises off the page like invisible spirits living in Nima’s nostalgic dream world. Elhillo captures the beauty of Eastern Africa, and not in a cursory way. She delves into the luscious sights and smells: “gnarled cacti/ walls carpeted in bougainvillea/ a jasmine tree/ thickly perfuming the air.” And before readers know it, they are drawn into the past of Nima’s parents, friends, and family so concretely that it doesn’t even feel like magical realism. Only Elhillo’s lyrical charm (read: Aries magnetism) and strong figurative imagery can pull off a feat like this.

If you enjoyed Jaqueline Woodson’s Brown Girl Dreaming, Jason Reynolds’ Long Way Down, or Elizabeth Acevedo’s The Poet X, you’ll love Elhillo’s Home Is Not a Country, which fits neatly alongside these. However, Elhillo’s examinations of Islamophobia, and navigating coming of age in a post 9-11 world, are fresh and make this novel stand out in a unique way. Nima’s desire to find a place to call home is a struggle most, if not all, readers can relate to. The places we go to in our heads, or the ways in which we engage multiverse theory, are sometimes more real than we think. This novel will grab your hand and take you on a journey of the best kind—the one in your own mind. 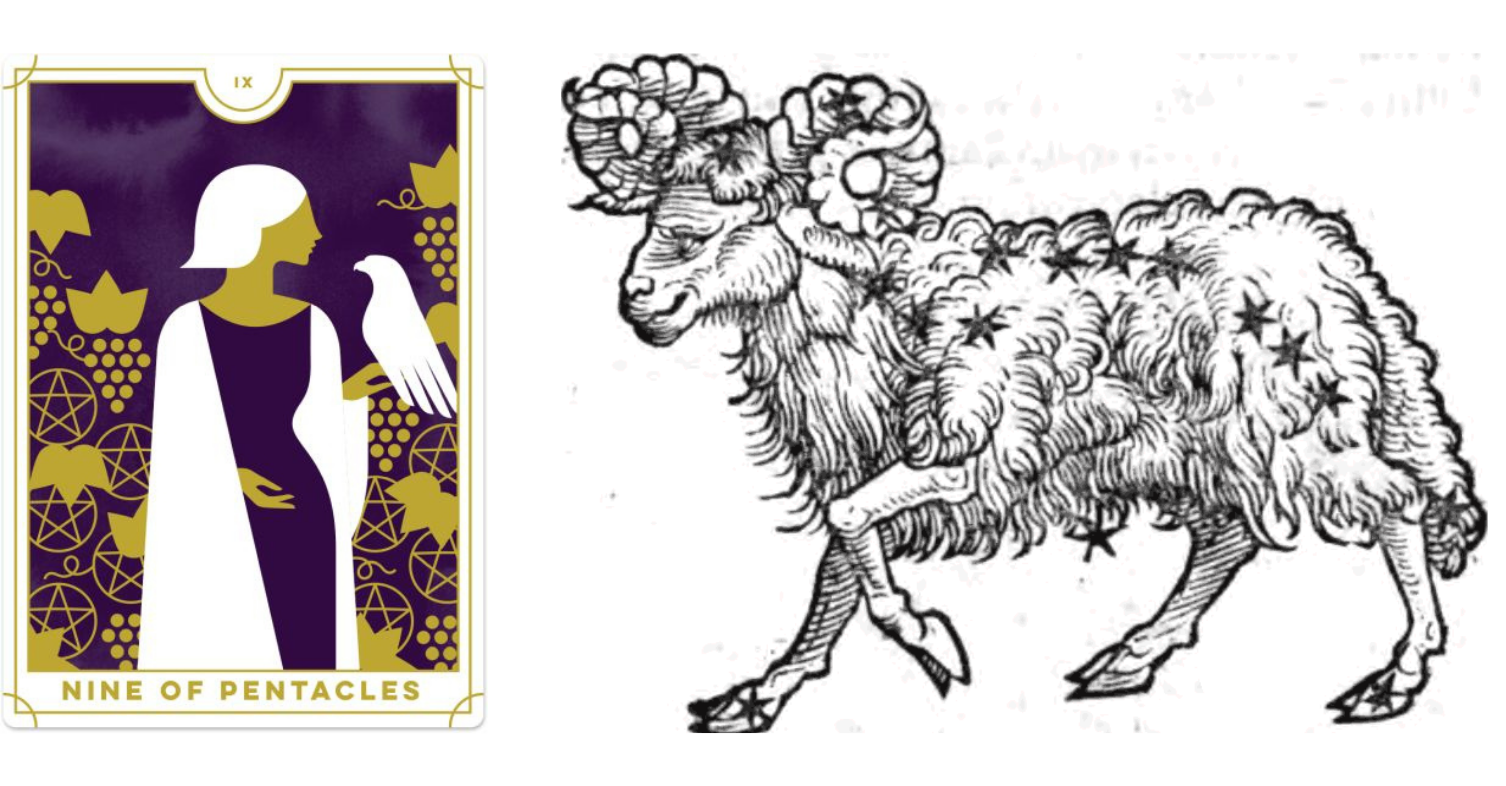 The card for the collective this month comes from the Everyday Tarot. The Nine of Pentacles (signifying material wealth) is truly a good omen. The woman on the card is holding a dove, the sign of peace. She’s surrounded by grapes and gold coins (pentacles) and seems extremely peaceful because she has attained a healthy degree of wealth. It’s the collective’s time to relax and enjoy the fruits of our labor this month. However, remember: to those given much, much is expected. So make sure to share this financial abundance with those less fortunate than yourself. Whether that’s donating to a reputable charity or giving vegetables to your neighbor, find a way to share. The shadow side of this card can indicate a touch of boredom. Now that we’ve reached one financial pinnacle, we may look around and find ourselves a bit bored and restless. Just remember to celebrate your prosperous arrival and look forward to the future with no expectations.