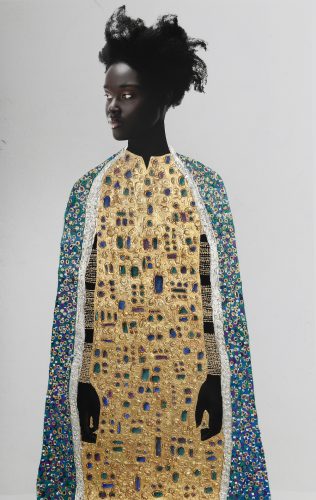 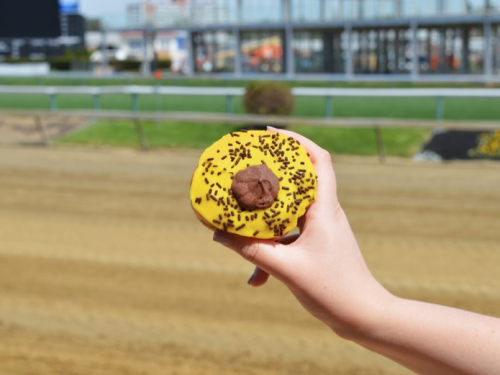 Media & Literature
How Baltimore Fed Lucille Clifton’s Poetry
From 1968 to 1985, Clifton considered herself a “poet who lives in Baltimore” rather than a “Baltimore poet” 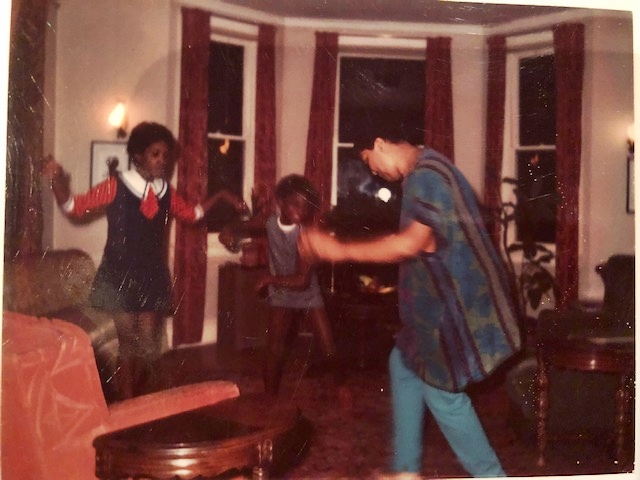 It would be too much to claim Lucille Clifton for Baltimore alone, although she lived here a quarter of her life. Her time here began in 1968 with her husband, Fred, their six children under the age of 8, and an incipient fame after the publication of her first book of poems in 1969, Good Times, which the New York Times named one of the ten best books of that year. She would publish several more books and establish herself as a defining poet of her era while living in Baltimore until she moved in 1985.

Lucille, as she invited her students at St. Mary’s College to call her, was not a provincial poet. She was a poet of myth and spirit, of generations; of a displaced people; of a nation and world in need of both strength and healing. Born and educated primarily in upstate New York and living out her 26-year widowhood between California, Maryland, and as a visiting teacher in places such as Memphis and Durham, Lucille was not bound by place. Through the imaginative, mystical works she produced—works she insisted she received—Lucille transcended location and met the reader, you could say, at the heart of humanity, where place is merely background.

But her work, so rooted in her daily life, was undoubtedly shaped by the nearly two decades she spent in Baltimore. Although she doesn’t name Baltimore in it, the first poem in Good Times is called “in the inner city,” where Lucille writes of hanging “on to our no place / happy to be alive / and in the inner city / or / like we call it / home.” Her focus is on the idea of the inner city, and not just one. Modern mobility enables us to abstract in this way; when we think of the country, the suburbs, or the city, we can think of many places at once.

Both our places and our movements define us: our relative attachment will let us linger for a time, even as, casually, we move on to the next place. Lucille herself observed that she didn’t feel like a “Baltimore poet” but instead considered herself a “poet who lives in Baltimore.” Keeping that in mind, we can glean the many, if indirect, ways Baltimore left its imprint on her creative output.

While the Civil Rights movement blazed and many artists and poets embraced an activist life, Lucille was primarily immersed in her children and a private, contemplative life. In “Apology (to the panthers),” Lucille acknowledged: “i was obedient / but brothers i thank you . . . i grieve my whiteful ways.” Much of her poetry, when it is not explicitly a new take on an old myth or recent history, ruminates on the relationships that defined her. Her father, mother, siblings, husband, and children are all present, even if at times unnamed, in her poems. Despite its often radical and mystical quality, her poetry clearly originates from what was really a quiet, domestic life.

For seventeen years, Baltimore was the setting of these relationships: It was where her children grew to maturity, where she lived when both her parents died; it was where she said goodbye to her husband Fred after thirty years of marriage when he succumbed to lung cancer at 49. Her experience of these moments was defined in part by her presence in Baltimore. She only left the city when her husband died, and she went as far away as she could without leaving the country: California.

She resided in two different homes while living within the city proper, both far on the west side of town along the Gwynns Falls. One was a large home in Windsor Hills, where the family lived for about ten years until they were evicted, and which was recently purchased by Lucille’s daughter Sidney Clifton, who is turning it into an artist residency and workshop. Another home was a smaller place in the cozy village of Dickeyville. This area was and still is tree-shaded and suburban, with single-family homes and nearby access to forested parkland at Leakin Park and the little falls rolling toward the Patapsco. Somewhat removed from the bustle of downtown, this area was a blend of culture and retreat, something a quiet poet thrives on.

But she was not only at home. While living in Baltimore, she began her teaching career as a poet in residence at Coppin State University. From 1979 to 1985, she served as Maryland’s poet laureate, the second woman and first Black person to hold the title. She gave frequent readings to neighborhood churches, schools, and libraries, and was often cited in the Baltimore Sun. She once visited the now-closed all-girl Eastern High School, and the moment stuck with her: She later wrote in “this morning (for the girls of eastern high school)”: “this morning / i met myself [. . .] a bright / jungle girl [. . .] and all day / i have been / a black bell / ringing / i survive.”

In an essay for the Baltimore Sun Magazine in 1981 entitled “Baltimore Bards,” Robert Michael Green made a compelling case that a poetry “renaissance” was taking place in Baltimore, and that Lucille was just one of dozens of acclaimed poets living in Baltimore at the time. The word “renaissance” was used not by Green but by Daniel Mark Epstein, known for his poems and biographies of Abraham Lincoln, Edna St. Vincent Millay, and others. In noting the gravity of the aggregation of poets in the city, Epstein remarked: “A book should be written about what has happened here.”

In the piece, Green highlights the fact that Lucille defied the norm set by Edgar Allan Poe and F. Scott Fitzgerald, that poets and writers come to Baltimore only to die. He cites John Barth’s quip about Baltimore as a “town in which writers have not fared well,” the only major success story being H.L. Mencken and his dominance in journalism. Lucille, in contrast, hadn’t published a book until she’d been living in Baltimore. She flourished where many had floundered before her.

Despite its often radical and mystical quality, her poetry clearly originates from what was really a quiet, domestic life.

Nonetheless, this so-called renaissance was one of poets, not a fanbase. “If I wanted to buy a book of mine, I wouldn’t go into a Baltimore bookstore to find it,” Lucille told Green. Aesthetic movements in an age of mass transportation and communication don’t find many incentives to be place-oriented. Green’s piece highlights, however, that during Lucille’s time in Baltimore, she was enriched by the presence and relationship with many other serious poets beyond just an academic setting.

Lucille would give readings at a bar in Fells Point called Angel Tavern. Every Sunday night for a three-year stretch, poets would gather and give readings. Clarinda Harriss Lott, the Towson professor who has been a civic-minded poet for decades in the city, was hostess, alongside Dyane Fancy. Lott once wrote a short story based on an anecdote Lucille told her: of another woman in Baltimore named Lucille Clifton who, when the poet called to ask for some mail she believed was actually hers, the woman responded that she was the “REAL Lucille Clifton and that those invitations, etc., were meant for her.” Lott’s droll memory of Lucille is just a sample of a Baltimore community—and a nation—that loved this poet, not least for her humor.

The nature of Lucille’s poems was deep and historical, musings on an entire people, particularly descendants within the African diaspora; her project was in part to remember their trials and triumphs. Her mission was then defined primarily by placelessness, which justifies her poetic concern with the larger, national narrative. Still, mentions of Baltimore and its environs lurk if you look.

Reginald F. Lewis Museum Archives: Lucille Clifton, “Why Some People Be Mad at Me Sometimes”

She recalled in a 1999 Callaloo interview with Charles H. Rowell a time when she had to write in her official capacity as poet laureate for Maryland. The theme she was given to work with, as she remembered it, was something saccharine and patriotic, like “Our Happy Colonial Days.” She told the interviewer: “Well, people that look like me didn’t have a whole lot of happy colonial days, you know.” She went on to explain that the work of remembering is often parsing out myth from reality, a task she rigorously set out for herself.

Part of that task was in evaluating landmark moments of American history, like the Battle of Gettysburg, which historians acknowledge was the tipping point of the war in the North’s—and abolition’s—favor. Living in Baltimore made visiting the battlefield an easy day trip. Presumably after having visited, Lucille meditated on the ambiguity of the war’s purpose in the poem “at gettysburg,” imagining the warring whites, many of whom were documented as relatives to each other, noticing her on the battlefield and then “rising and wailing toward me in their bloody voices / who are you, nigger woman, who are you?”

In her poetic memoir Generations, in which she recounts traveling back to Buffalo, New York, for her father’s funeral, Lucille looks around at the streets as she and her brother, Sammy, drive out of the city, “past Ward’s, past the last hamburger before the highway.” She asks Sammy, “where are the men[?]” And Sammy responds: “On the corners.” She tells how their drive home to see their father buried was oddly “funny. Everything was funny [. . .] We all laughed. Everything was funny.” They were giddy together, despite their destination and the city’s evident disorganization. To laugh at this occasion, in that place, was a tragicomic way to get through in a town like this, within a moment of ambivalent mourning.

Lucille was a poet who lived in Baltimore. And Baltimore, for this humble mystic, was just a place, one category, malleable and shiftful, like all our definitions; the “names / of things / bloom” into being and then wilt. Her remembrance of the generations of a displaced people who brought her to the present was a profound, reverent task, and a painful one. We relearn this when we imagine Lucille at her window in Windsor Hills, watching “the bird who flew against our window one morning and broke his natural neck.” Her domestic peace is disturbed by a sudden absurdity; in the same way, her poems can shatter our false divisions and reveal some new, raw, horrifying light. 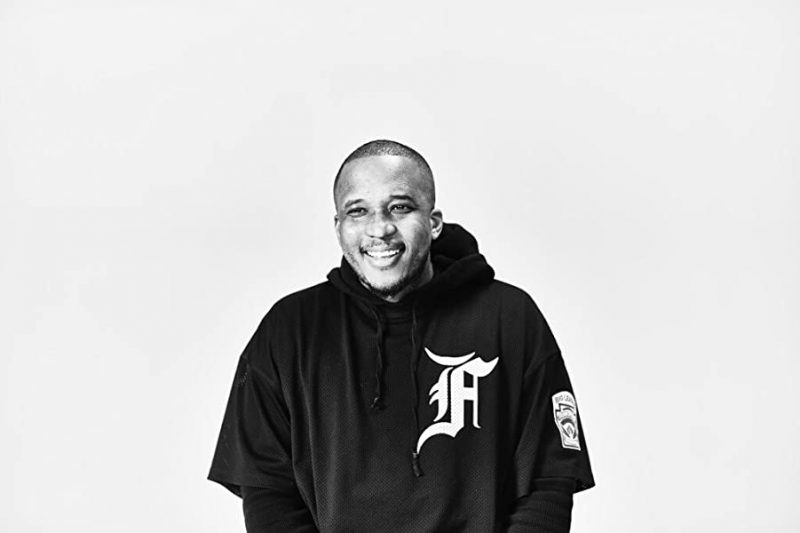 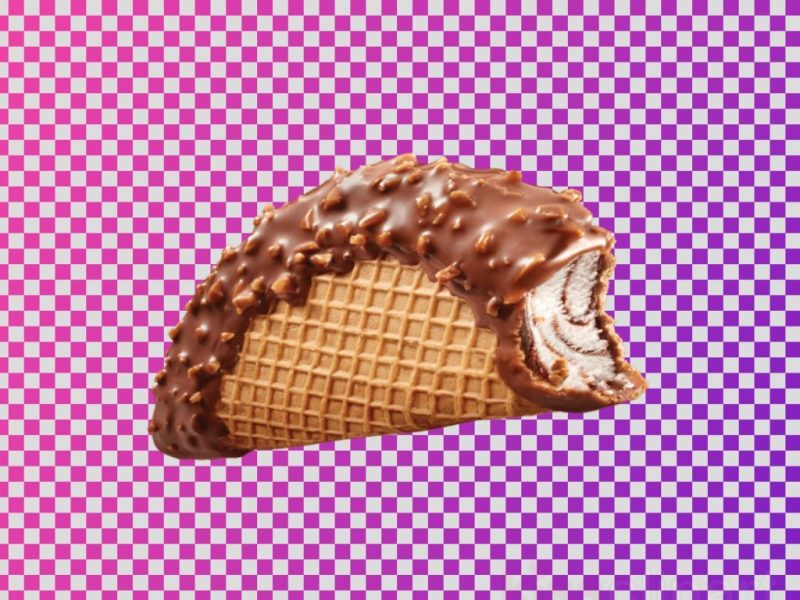 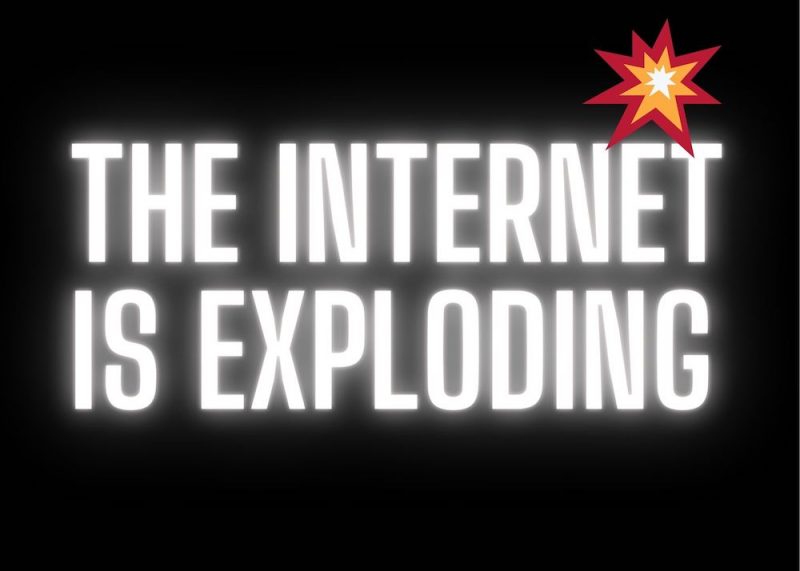