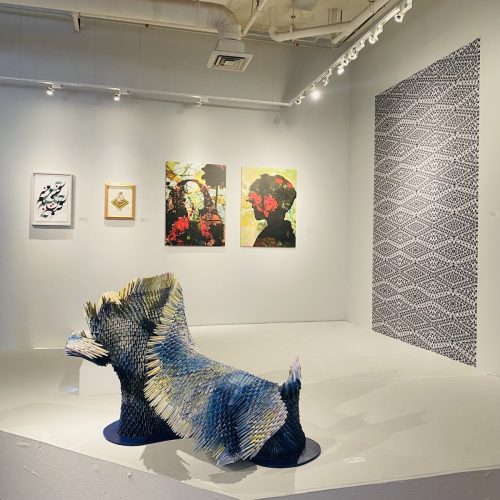 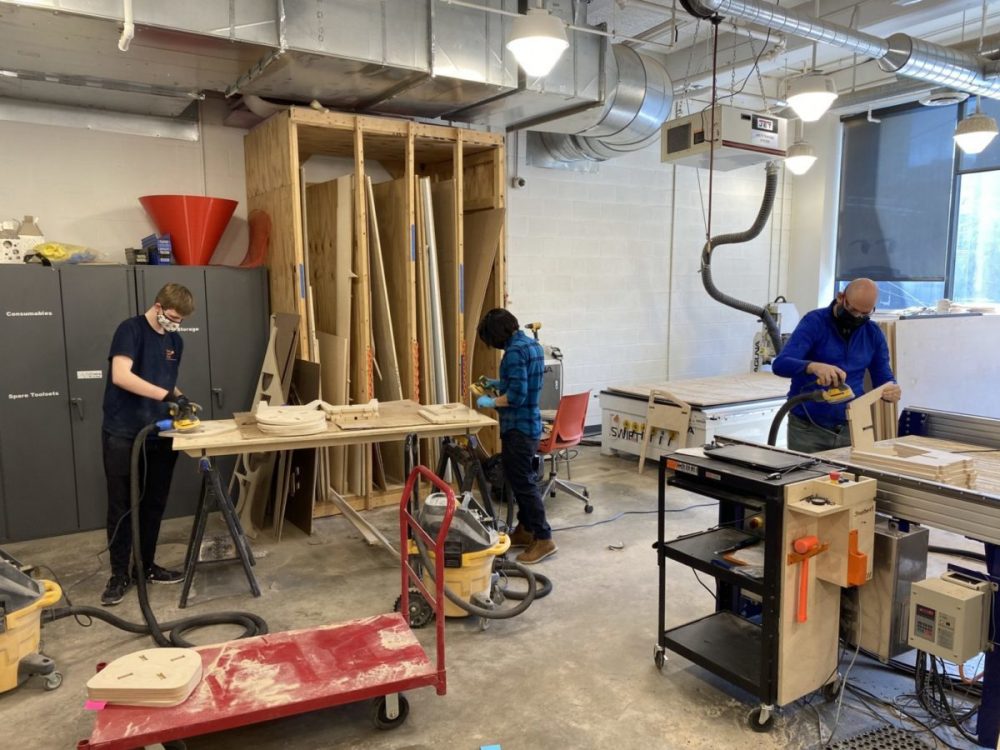 Excerpt: In March 2020, not long after Maryland businesses were forced to close because of the pandemic, Gov. Larry Hogan announced grant and loan programs to help small businesses.

New data, presented during a meeting with Comptroller Peter Franchot Wednesday, reveals disparities in how that money was distributed.

The largest share of grants — 18.6%, or $26.2 million — went to businesses in Montgomery County, according to data from the state Department of Commerce presented Wednesday.

By comparison, Prince George’s County, the state’s second most-populous county, is home to roughly the same number of qualified businesses as Montgomery County, but received less than half as much money — $12.5 million or 8.9% of the state’s grants.

“We’re concerned about those trends, particularly because Prince George’s County and Baltimore City, two majority-minority jurisdictions, have really borne the brunt of the public health and economic consequences of the pandemic,” Franchot said.

Alden, the New York-based hedge fund known for making drastic cuts to its newsrooms and squeezing out profits, in May acquired the newspapers’ then-parent company, Tribune Publishing Company.

Tribune shareholders on May 21 approved Alden’s $633 million bid to buy Tribune, despite efforts by staff and community members to steer the newspapers to local ownership, like Maryland businessman Stewart Bainum Jr.

Excerpt: Baltimore police are on track to seize at least twice as many privately manufactured firearms — often called “ghost guns” — as they did in 2020, Sheree Briscoe, the city’s deputy police commissioner, said Tuesday.

At a virtual conversation moderated by the Johns Hopkins Center for Gun Violence Prevention and Policy, Briscoe said the department has seen an increase in its recovery of privately manufactured firearms in the last few years.

“We’re on pace to surpass last year’s numbers and potentially come in between 250 to 300 privately made firearms that will make their way to the streets of Baltimore in the hands of various age groups [and] communities,” she said.

Excerpt: What business rivals said was too good to be true – a bid by a Chicago firm to manage three city-owned parking garages for three years for only $36 – has turned out to be exactly that.

Tomorrow, the Board of Estimates will be asked to increase the price of the parking award to SP Plus Corporation from $36 to $7,500,000.

Mistakes were made, the city’s procurement office now acknowledges.

UPDATE: The Board of Estimates unanimously approved the $7.5 million increase today after the city’s procurement chief, Keasha L. Brown, called the failure to include operating expenses “an oversight – a very huge oversight. She blamed the mistake on her predecessor, while Parking Authority Director Peter Little blamed it on a “clerical error.”

Excerpt: After reopening with limited capacity last summer, Station North’s Open Works is officially reopening fully on Monday, July 5, for the first time since the pandemic started. But you can expect a few changes to its membership and pricing structure.

The 34,000-square-foot makerspace space that’s launched many craft and manufacturing startups is doing away with the tiered membership system that separated Open Works’ downstairs builder spaces for wood, metal and digital fabrication from upstairs shops with textiles, 3D printing, digital media and electronics. Now, all of them are bundled in one membership price: a more affordable $80.

“We think equity is a good business model,” Will Holman, executive director of Open Works, told Technical.ly. “When we really looked at the numbers, we only have to modestly grow our membership base to make up for any potential loss.”

Excerpt: Artists who live and work in the Area 405 building in Greenmount West were stunned when they learned that the building was being listed for sale… They had been told nothing by the building’s owners, 3 Square Feet LLC, but instead read about it in a Baltimore Business Journal piece that announced that Area 405 was now being pitched as “Oliver Street Lofts” with “30-foot ceilings and large windows with vistas of the city.”

Ober also offers a hopeful note from the Central Baltimore Partnership, which in 2018 helped the owners secure grant funds of $200,000 to complete code upgrades on the four-story, 66,580 square-foot building. The Partnership, she writes, has been working in recent months with a local real estate developer and area foundations to buy the building and preserve it as artist’s live-work space.

That is correct, the Partnership’s executive director, Ellen Janes, confirms in an email to The Brew: “We want to preserve both the entire 1st floor and the studios for affordable arts and arts-related use,” Janes said.

No Funding? No problem, for Baltimore’s Co-ops (video)
by Jaisal Noor
Published June 21 in The Real News Network

Excerpt: The first time John McDonald rode the Gwynns Falls Trail, he lost his way. The second, third, fourth, and fifth try, too. Only on his sixth attempt did he finally navigate the full length of the city’s glorious, if complicated, 15-mile urban bike trail.

Completed in 1998, the Gwynns Falls path stretches from Federal Hill to Middle Branch Park in South Baltimore, through Pigtown to the Dickeyville Historic District, and all the way out along the stream valley where it gets its name to the open meadows and Piedmont forest at the far western edges of the city.

The unique greenway connects no less than 10 parks, 32 neighborhoods, and 31 historical sites, interpretative panels included. It’s a treasure, if originally a hidden one.

“Each time I started riding, I’d gradually realize I’d wandered off the trail and have to get back on track,” says McDonald, a lifelong cyclist and now retired college professor. “I thought it was great, I just didn’t think it should be so difficult to follow. I didn’t want to keep stopping every few minutes to pull out a map because that’s not fun. It needed signage.”

Excerpt: As a massive reconstruction of a Baltimore reservoir at Druid Hill Park nears completion, the project is set to move to a new phase: reimagining a destination shoreline with artwork, swimming, biking and other amenities for city residents.

In the meantime, Baltimoreans and commuters can expect a reprieve from construction and roadwork before the next stage gets underway.

City Department of Public Works officials are estimating that a $135 million portion of the project to install huge underground tanks for a new reservoir is on schedule for completion in Spring 2022.

“The timeline that was presented was a bit under five years, and so we’re basically nearing 90 percent of that time, and we have completed a bit over 90 percent of the work,” said project manager Omar Morsey. “I think that’s where we want to be in the project schedule.”

There are still 24,109 pending unemployment benefit claims, which makes up 3% of total claims received in recent months, according to Tiffany Robinson, the Maryland secretary of Labor. Most of these claims have been disputed by an employer, which are the most complex cases and take a long time to investigate, because the department serves both the employers and workers, she said.

“It’s great that we’ve [addressed] 97% [of claimants], but it’s that 3% that we continue to hear from,” Del. Edward (Ned) Carey (D-Anne Arundel) said during the Joint Committee on Unemployment Insurance Oversight hearing on Wednesday.

Excerpt: The health of the Chesapeake Bay in 2020 improved to a grade of a C, up slightly from a C-minus in 2019, according to a report that the University of Maryland Center for Environmental Science (UMCES) released on Tuesday.

The bay’s watershed, which feeds into the Chesapeake Bay and encompasses parts of six states and Washington, D.C., received a B-minus score for the second year in a row on its health report card.

But environmental advocates said progress to improve the health of the Chesapeake Bay and watershed are moving too slow to reach a key 2025 deadline.

In December 2020, the U.S. The Environmental Protection Agency established the Chesapeake Bay Total Maximum Daily Load agreement among Maryland; Delaware; Virginia; West Virginia; Washington, D.C.; Pennsylvania; and New York who each make up part of the more than 64,000 square miles that the Chesapeake Bay watershed covers.

The agreement identifies major contributors of pollution to the Chesapeake Bay and sets limits to restore the bay and its tidal rivers by 2025.

Alison Prost, the Chesapeake Bay Foundation’s Vice President for Environmental Protection and Restoration, said in a statement that the UMCES report confirms “we are far short of a restored Bay.” 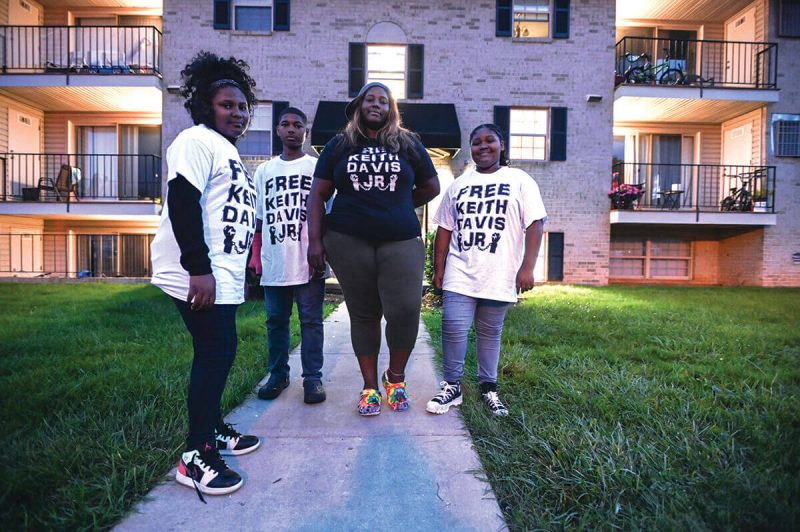