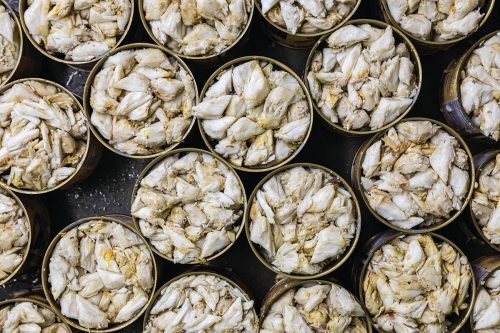 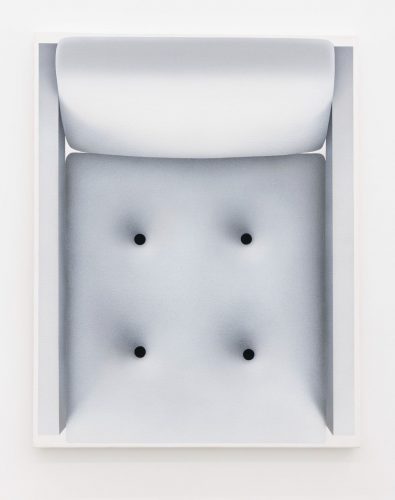 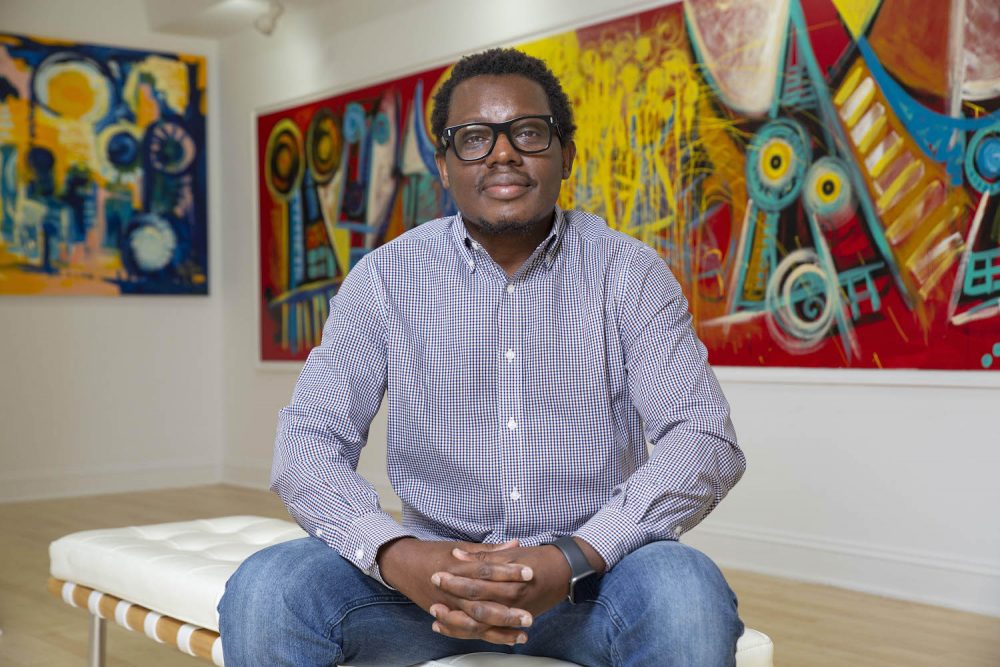 In his seminal text African Art in Transit, scholar Christopher B. Steiner explains the way museums concretize perceptions that the greatest achievements of the global south were only made during antiquity, and that the accomplishments of the western world will always be principal considerations by ignoring or minimally acknowledging continual cultural production elsewhere. “While western notions about the authenticity of African art are constructed by privileging aesthetic forms imagined to have existed in the past—worlds that never were but might have been—African beliefs about Western authenticity are projected into the future—worlds that aren’t yet but someday could be,” he writes. To add insult to injury, questionable provenance and few disclosures by institutions about the troubled history of how these cultural artifacts were acquired exacerbates global demands for atonement. Colonialism was a cancer that crowned itself civilization.

Museums have been prominent preservers of the colonial mythos, but history is older than western empires, and older still than the dominance those nations proclaimed across the globe. Orienting history from the west invalidates the rest of the world, where centuries of unique invention and innovation in the global south are synthesized into decontextualized antiquities, where masks, statues, jewelry, textiles, and ritual paraphernalia from pre-colonial cultures are considered primitive by western standards. The “othered” continents—Africa, Asia, South America, the Caribbean and Pacific Islands—are relegated to separate wings with catch-all labels like African Art or Asian Art, erasing nuance and compounding continents into monolithic regions within colonial projects.

Recent requests for the repatriation of artifacts pillaged by the Dutch, British, French, and Americans back to formerly colonized nations have largely not been honored. Last year, artist and Congolese activist Mwazulu Diyabanza staged several protests and three interventions in which he attempted to walk out of the Musée du Quai Branly-Jacques Chirac and the Louvre (Paris) and the Museum of Africa, Oceanic and Native American Arts (Marseille) with artifacts he believed were obtained unethically. His protests were met with litigation from the museums that resulted in €6,000 in fines (more than $7,200 USD) and a few days in jail while he awaited trial.

It’s about cultural ownership and wanting to create and preserve a legacy and tell a story that transcends the stereotypes and all the things that people are used to seeing.

Collector and artist Olusanya Ojikutu takes a different approach to ensure that works created by artists in the global south are rightly contextualized, displaying contemporary works by African and diasporic artists, including his own abstract paintings alongside significant historic objects.

“It’s about cultural ownership and wanting to create and preserve a legacy and tell a story that transcends the stereotypes and all the things that people are used to seeing,” Ojikutu says. He began collecting while he was a Fine Arts student at the University of Ife (now Obafemi Awolowo University) in Ile-Ife, Nigeria. He built his collection gradually, first by casually trading art with his peers and later by critically procuring works by artists and artisans that he admired. “It grew over time. One piece turns into two, and three, and then ten. And then it became almost an obsession,” he laughs.

Ojikutu emigrated to the USA in the mid-1990s with his wife, Yinka, and he later earned a Master of Science degree in Cybersecurity Policy at the University of Maryland University College. Both the Ojikutus work in technology and have raised two sons in the region who are now high school and college students. Over the past decade, the Ojikutus have converted their home in a Washington, DC suburb into an institution for the repository and exhibition of classical and contemporary African artworks that offers a context and continuity that you would expect of encyclopedic museums, but rarely find.

While touring the family’s collection, I realized how rare it is to observe an exhibit that places contemporary art alongside classical antiquities where the curatorial choice elevates a forward trajectory of African creative genius and progress. I immediately thought about Fred Wilson’s unflinching institutional intervention, Mining the Museum, and the ways artists and critical curators consistently have to force institutions to trouble the partisan ways they position and categorize the objects within their collections.

As an independent artist and collector, Ojikutu does not collect just for himself, and manages to gracefully side-step the problems of institutional collections. He collects to ensure that future generations can access prodigal works that would otherwise overwhelmingly remain in the custody of institutions that tend not to acknowledge the histories of “othered” cultures. When asked how he determines the art he will collect, he replies earnestly, “What I’ve discovered is that it’s about choices, what you like and what inspires you, what you value, and if the pieces make you happy.”

Prior to the COVID-19 shutdown, the Ojikutus hosted intimate monthly salons that encouraged members from their community—art aficionados, collectors, and curious creatives—to view and discuss rare works from their collection. “We bring people in, they talk about art, they learn about art,” Ojikutu says. “It’s not about buying art, it’s about introducing people to art and reinforcing that legacy, the cultural connection.”

We have all been indoctrinated with skewed notions about who can become an art collector, the pedigree they must have, the wealth they must have accrued. This misrepresentation overwhelms the reality that you do not have to be from the one percent to start a collection, and it compounds insecurities that prohibit broader communities from imagining themselves as practical stewards of valuable cultural assets. Ojikutu disproves the presumption that artists cannot be collectors. “You don’t have to have a lot of money to start collecting or to be a collector,” he affirms. “You can start with prints and build over time.”

This year, ÌMÒ DÁRA, an online publication designed to connect African art collectors with scholars and art dealers, released a State of the African Art Market Report, revealing significant trends in the market. Nearly 67 percent of African art collectors are part of an aging population (55 years or older), and only 9 percent of the collectors identify as new or emerging. Of those senior collectors, most remain bullish on acquiring classical rather than contemporary African artworks. However, for emerging collectors, the reverse is true. What this indicates is that younger collectors may not have the capital or the desire to collect both.

Ojikutu has no plans to shift his collecting practices based on current market trends. “I think our collection has always been preemptive,” he says. “Before people started talking about contemporary African [art], our collection has always been a mix of the two, because we know their elements. We know how important it is to give it context. I don’t think classic will have context if it’s just standalone. We knew that they were ignoring contemporary African artists and even African-American artists, but we think it’s important to have them side by side. If you notice, most of the classic objects, they never give the name of the artist; they either say ‘unidentified artist’ or ‘unknown artist.’ So, I think, to have context, you have to have modern, contemporary, classic. That’s what we’re doing.”

By placing his own colorful abstract paintings, those of contemporary African and diasporic artists, as well as breathtaking objects of historical measure into a setting for conversation, gatherings, and family, the Ojikutus have built a life around art devoid of the artificial distinctions, hierarchies, and categories that most museums and traditional collectors have perpetuated for centuries.

It is clear that African artists and collectors will lead the charge to ensure that classical and contemporary works created by artists in continental Africa and the diaspora are given their due. “We can’t afford to buy all the pieces, but by buying one at the time, we’re reclaiming the ancestry and giving access to kids who are here, growing up here, that will never have the opportunity to go to Benin or those remote areas, to view these works,” Ojikutu notes.

His purpose as a collector is not unlike what those calling for repatriation are aiming for, “but we are making sure that we are a bridge between the museums and the people that want this art back,” he explains. “I think it’s less toxic to see them in this environment. We’re looking for that sweet spot, that consensus where, yes, they want them back. But how about if we keep some of them, for people to have access to?”

By placing his own colorful abstract paintings, those of contemporary African and diasporic artists, as well as breathtaking objects of historical measure into a setting for conversation, gatherings, and family, the Ojikutus have built a life around art devoid of the artificial distinctions, hierarchies, and categories that most museums and traditional collectors have perpetuated for centuries. In this house, all forms of cultural production are valued, especially those that reinforce the family’s Nigerian heritage and Yoruba traditions. This egalitarian approach allows the Ojikutus and their guests and visitors the opportunity to experience this work with nuance, emphasizing visual, conceptual, and stylistic connections between artists of different continents and time periods. They place the creative inspiration of each artist at the center of the conversation, a distinction to which museum collections should aspire.