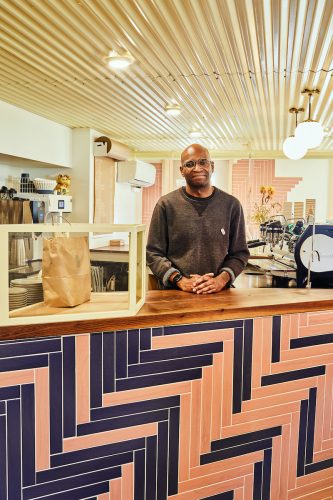 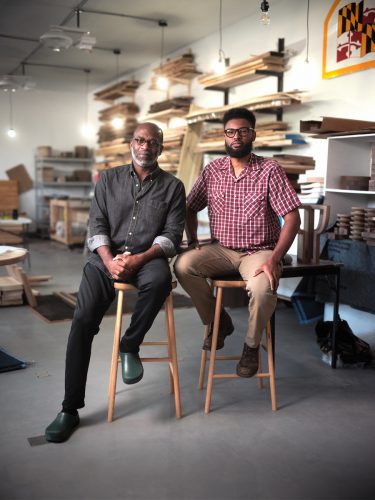 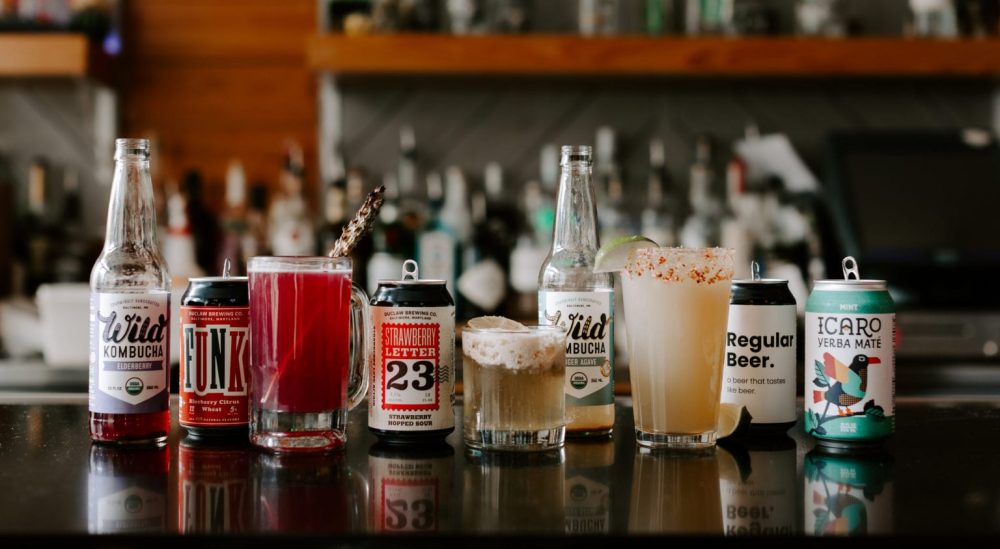 Excerpt: Marylanders who refuse to get vaccinated against COVID-19 account for nearly all of the state’s recent coronavirus infections, hospitalizations and deaths, Health Secretary Dennis R. Schrader told lawmakers on Monday.

The numbers — which Schrader called “very sobering” — serve as a reminder that going unvaccinated is dangerous and that the pandemic is not over.

But Schrader told the state Senate’s Vaccination Workgroup that since May 10, unvaccinated people account for 97% of the COVID-19 caseload, 89% of the hospitalizations and 89% of the deaths.

“There are approximately 1.4 million Marylanders [age] 12 and older who are still unvaccinated and remain in serious risk of contracting and being hospitalized by COVID-19,” he told the panel.

What’s Next for Larry Hogan?
by Luke Mullins
Published June 25 in The Washingtonian

Excerpt: Back in January, around the time that a pro-Trump mob was storming the US Capitol, Larry Hogan was closing on a new house. He’d found a winner in Anne Arundel County: a five-bedroom, $1.1-million chateau-style mansion at the end of a long driveway, behind a gurgling water fountain. Nestled on a woodsy, six-acre parcel of Davidsonville, the property looks to be a peaceful retreat for a departing governor. And you can’t complain about the location—29 or so miles from the White House. “With no traffic, depending on what the speed limits are,” says Hogan, “you can probably get there in 30 minutes.”

As the Republican Party descends deeper into extremism, Maryland’s famously un-Trumpy head of state is making plans of a different sort. In the two years since he toyed with and then nixed a 2020 primary bid against the sitting President, Hogan has been honing his pitch as the party’s more reasonable future. He has worked the hosts of cable-news networks that don’t cater to conspiracy theorists, published a memoir fashioning himself as a common-sense businessman who straightened out a state bureaucracy, and launched a national political-advocacy group to pump his “America united” message into the battlegrounds where a vote for a middle-of-the-road Republican—or at least a self-styled one—might still be had. “We are once again at a time for choosing,” as the governor put it in a video released last December by his group, echoing a well-known Ronald Reagan speech. “Are we going to be a party that can’t win national elections, or are we willing to do the hard work of building a durable coalition that can shape our nation’s destiny?” In late April of this year, Hogan, who has no role whatsoever in federal lawmaking, took it upon himself to host a two-day summit in Annapolis for centrist pols, focused on reaching bipartisan agreements about elements of President Biden’s infrastructure package—and more than 25 lawmakers, including Democrat Joe Manchin and Republican Mitt Romney, showed up.

It’s just the sort of maneuvering you’d expect from a term-limited governor with Oval Office ambitions. Indeed, there’s a shadow squad of operatives and establishment party elders who could be mobilized to write the playbook for a Hogan 2024 run. At the same time, the right flank of American politics is a much more treacherous place to navigate than it used to be. Congresswoman Liz Cheney’s recent banishment from GOP leadership—and the relish with which she seemed to hurl herself onto the sword—suggests, meanwhile, that Hogan wouldn’t be the only pol vying to become the country’s favorite Anti-Trump Republican.

So what is his plan?

The governor leaves office in early 2023, presumably with any number of options typically available to business-friendly lawmakers—seats on corporate boards, invites on the speaking circuit, cable-news commentating-for-hire. Would he really spurn the freedom and lucrative perks of post-government life for an outside shot in an ugly presidential primary?

Fed up with Baltimore’s non-compliance with the ADA, wheelchair users sue
by Timothy Dashiell
Published June 25 in Baltimore Brew

Excerpt: Talking about herself and her beliefs in an online bio, Keyonna Mayo denounced stereotypes about people who use wheelchairs (“we are people, too”) and said she powers through whatever obstacle she faces every day.

“There is a way to do anything you want in life if you put your mind to it,” the Sandtown-Winchester resident said.

But the lack of proper curb ramps on Baltimore’s streets – and public sidewalks that are uneven, cracked, crumbling and cluttered with obstructions – prevent her from easily and safely getting where she needs to go.

That is why Mayo and two other Baltimore people who use wheelchairs are suing the city for “widespread and ongoing” violations of the Americans with Disabilities Act (ADA) and other federal laws.

“My biggest issue is a lot of the time you don’t know if the sidewalks have curb cuts, so sometimes you end up having to ride literally in the street,” Mayo said, speaking with The Brew about the class action suit filed earlier this month in U.S. District Court.

Excerpt: “Aaron Henkin here, coming to you from the WYPR studios on the 2200 block of North Charles Street.”

When WYPR’s Aaron Henkin—with a voice made for radio—aired the very first Out of The Blocks episode in 2012, it was “sort of a formal experiment,” says Henkin. He had no idea it would turn into a nine-year series with a catalogue spanning more than 80 episodes recorded in multiple cities. This summer marks the final season as Henkin prepares to move on to a new project.

Henkin is known for his storytelling. (Incidentally, his wife, Jessica Henkin, is co-founder of the Stoop Storytelling series.) His previous radio series The Signal was devoted to exploring Maryland’s thriving arts and cultural scene.

“I’m fascinated with people who have unusual jobs and the perspective that gives them on life,” says Henkin, by phone from the backyard of his home, birds chirping loudly in the background. That interest inspired Henkin to find stories that he didn’t know existed.

Excerpt: The Cherry Hill neighborhood in South Baltimore has recorded just one homicide in the past 365 days, and zero killings within its Safe Streets target areas, even as the city’s overall killing rate for 2021 outpaces 2020’s numbers.

Winnie McCray, interim CEO of Family Health Centers of Baltimore, said the milestone is a credit to the community-led work of Cherry Hill residents and Safe Streets, the city’s public health campaign to prevent and interrupt violence.

Excerpt: Baltimore’s iconic arabbers, a multigenerational group of city natives who use horse drawn carts to bring fresh produce and fish to the city’s most deprived communities, have been tackling for decades one of the key aspects of the city’s food desert syndrome: lack of transportation.

A key element of the seminal 2015 Johns Hopkins University’s Baltimore food desert study is the definition of the term: any neighborhood where at least 40% of residents lack private transportation and live at least a ¼ mile from a supermarket.

The Baltimore tradition of arabbers (pronounced: A-rabbers) dates back shortly after the city’s founding in 1729 and today’s closely knit group of arabbers are the last door-to-door food merchants in urban America.

James Chase is a third generation arabber who manages and runs the Fremont Avenue stables in west Baltimore’s Sandtown Winchester neighborhood. He is president of the Arabber Preservation Society, the undisputed leader of the arabbers and can be considered a national hero for what he and his arabbers did during the height of the COVID-19 crisis.

The BPD’s six-month pilot last year, formally known as the Aerial Investigation Research program, ended in October after being allowed to continue while a challenge led by the Leaders of a Beautiful Struggle, a Black-led advocacy and justice organization, and the Maryland chapter of the ACLU moved forward in court.

In an 8-7 decision, the court ruled that the surveillance program “invades the recorded individuals’ reasonable expectation of privacy, conducting a search,” each time the Baltimore Police Department accesses the aerial surveillance footage. The court further described the police department’s power in this regard as “unchecked.” Chief Judge Roger L. Gregory said in his opinion that while people do not have an expectation of privacy while in public, they also do not expect “that their movements will be recorded and aggregated in a manner that enables the government to ascertain details of their private lives.”

Baltimore settles Harlem Park lockdown suit with money, an apology and a promise to change
by Fern Shen
Published June 28 in Baltimore Brew

Excerpt: Baltimore is set to pay $96,000 to settle a federal lawsuit by four people whose Harlem Park neighborhood was cordoned off and locked down for six days following the 2017 shooting death of detective Sean Suiter.

The suit, filed by the ACLU of Maryland, alleged that the city violated residents’ constitutional rights when police shut down an area in West Baltimore including 100 houses, a church and two stores.

Officers positioned around the area’s perimeter stopped residents, asking them for identification and preventing them from entering their own homes unless they showed it.

“It felt like martial law,” one of the plaintiffs, Lauren Holmes, said at the time.

Today’s announcement that the city would not only be paying each plaintiff $24,000, but formally apologizing for its actions and agreeing to a number of non-monetary terms made Holmes jubilant.

Effective July 1, No More State Song, And A Few Other New Laws
by Rachel Baye
Published June 30 in WYPR

Excerpt: Several dozen new state laws take effect Thursday, July 1. The new laws, most of which the General Assembly passed during its 90-day session earlier this year, cover topics ranging from criminal justice to public schools, from college athletics to the state song. Here are a few highlights.

Baltimore Museum of Art gets $550,000 gift to support acquisitions for its African art collection
by Ed Gunts
Published June 29 in Baltimore Fishbowl

Excerpt: The Baltimore Museum of Art announced today that it has received a $550,000 gift from supporters Amy Gould and Matthew Polk to expand its African art collection and support related research and publications.

The gift comes as the museum is planning to reinstall its African, Indigenous American and Oceanic art galleries and is implementing a multi-year strategic plan to tell more diverse stories and address “artistic omissions” in its collections.

The museum’s collection includes approximately 2,500 works from Africa and is particularly strong in figurative sculpture from western and central areas of the continent as well as beadwork from its eastern and southern regions. In honor of the donors, the gift will be referred to as the Amy Gould/Matthew Polk Fund.

“Over the past two years, the BMA has been developing a collections roadmap that addresses omissions and disparities across the entirety of its collection, including a particular focus on arts of Africa and the African diaspora,” said Christopher Bedford, the museum’s Dorothy Wagner Wallis Director, in a statement.

This gift “expands our vision for collection diversification beyond work from the Post-War and contemporary eras, where field-wide discussions on diversity are largely focused, and also informs the approach for the reinstallation of our galleries. We are so grateful to Amy and Matthew for their many years of generous and active support. This incredible gift allows us to begin actualizing our goals for further enhancing our African art collection.”

Header image: "Cocktails-to-go will end in Baltimore on July 1" by Ed Gunts, via Baltimore Fishbowl