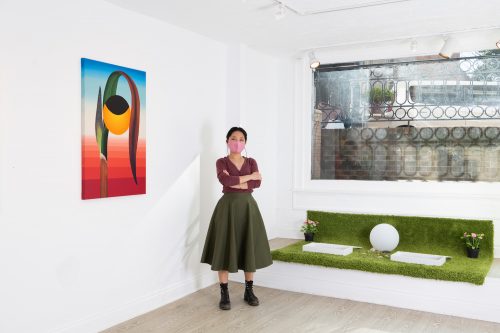 The Psychedelic & the Tangible: The Painting [...] 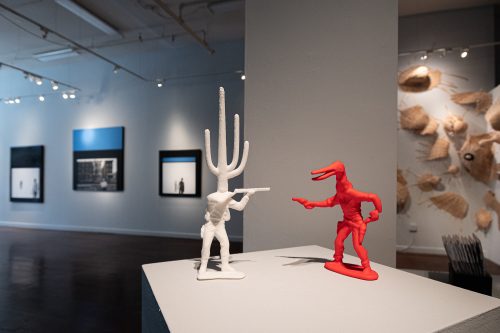 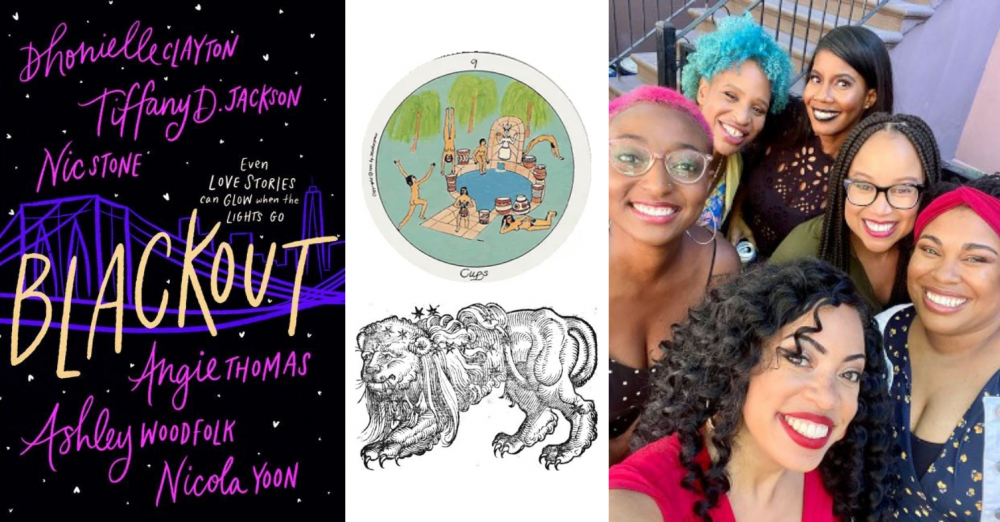 The Olympics may be keeping some glued to the television, while others are squeezing in last-minute outdoor dates with friends, clearly nervous that mask mandates might return all too soon. (In Baltimore, the mask mandate returns August 9.) Whatever you’re doing this month, the biggest astrological news is the Uranus retrograde in Taurus. Beginning on August 19 and ending in January 2022, Uranus (the planet of surprise and freedom) will appear as if it’s moving in reverse. We can expect the unexpected during this retrograde period. While that might cause some trepidation, if there are roadblocks on your path to liberation, expect breakdowns and breakthroughs that put you on the path to righteousness. Think of Uranus as the rebel cousin who won’t shush until you donate to a bail fund.

Late July to late August finds us in Leo season. This romantic and charismatic fire sign is a natural-born leader. Whether it’s the executive chef of a kitchen, or a senior administrator at an ivy league university (I know Leos in both these positions), they ooze success. Leos are symbolized by the king of the jungle, the lion, and when they’re not out kicking up their heels at a lavish party, they love entertaining in their lairs. Of course, there are some drawbacks to this spirited sign. Their egos might be hurt if a friend or spouse garners more of the spotlight than they do. But as long as they get their attention—and they need lots of it—they’ll share their big hearts generously.

This month’s book choice for Leo is just as bright and bold as the lions are: Blackout by Dhonielle Clayton, Tiffany D. Jackson, Nic Stone, Angie Thomas, Ashley Woodfolk, and Nicola Yoon. I’m not even gonna front, I was absolutely dazzled by this book. This powerhouse of bestselling African American YA authors came together during the pandemic to write a collection of romance-genre short stories that celebrate young Black love in all its configurations.

The setting for Blackout is a modern-day blackout in New York City during the summer, and this backdrop also becomes a character in the book. Of course, a blackout isn’t new to New York City; it has happened twice in NYC’s past—in 1977 and in 2003. No electricity or subway trains, just people, music, and cell phone lights moving against infinite darkness. However, just like vivacious Leos, the blackout will not be held back from its glory. The ten interconnected stories featured here all have protagonists who are fearful to shine a light on certain parts of themselves, as they move on their separate paths towards a block party in Brooklyn.

Blackout is anchored by Tiffany D. Jackson’s “The Long Walk,” written in five parts, with other diverse stories delicately sandwiched in between. Jackson’s story centers on Kareem Murphy and Tammi Wright, exes who bump into each other at a job interview just before the blackout. They end up spending the day walking back to Brooklyn, discovering what went wrong in their relationship and how they can move forward as adults. The heat between them is palpable when Tammi thinks, “Aching to move, to run from his touch, but desperate to stay in the dark with him like this . . . forever.”

However, I’m much more interested in Nella and Joss, from Ashley Woodfolk’s “Made to Fit.” They’re two young ladies who meet while Nella visits her grandfather’s nursing home. Joss is the cool-as-shit health aid worker who works with Nella’s grandfather, but Nella is still getting over her crush on Bree. These two share a romantic moment while looking for a photo that Nella’s grandfather lost.

Characters are constantly discovering each other’s tender parts. For instance, in “All the Great Love Stories … and Dust,” by Dhonielle Clayton, Lana and Tristán are friends who are locked inside the public library during the blackout. And when Tristán reveals, “I’ve always loved how your brain works. Remember when we made snow globes in fifth grade?” readers get a glimpse of his sensitivity.

This book does so many things right. Its depiction of Blackness illustrates that Blackness is not a monolith. The queer love stories and the non-stereotyped professions (Grace’s parents in Nicola Yoon’s “Seymour and Grace” are an accountant and a sous chef) are bold, considering we rarely experience this sort of diversity about love and family ties within the Black community proclaimed on the page. In addition to being regionally on point with its dialect of New York City—the “yo”s and “mami”s prove that these authors know their stuff—the characters are not reductive in any way. This book has a big brassy heart at its core and even convinced a skeptic like me to love a little harder.

And despite all this fiery energy, this month’s tarot card is the Nine of Cups from the Motherpeace deck. In the card we see a group of women communing together in peace and harmony around a sacred wishing well. They bring gifts to a Priestess, and the water symbolizes rejuvenation. This card ultimately shows the collective that whatever we desire is ours for the taking at this moment. We are the people in the card sharing our hopes with the wishing well. Because of our pure open hearts and minds, no wish can be denied. Go forth this month and dream bigger, knowing that you have the support to reach the stars.