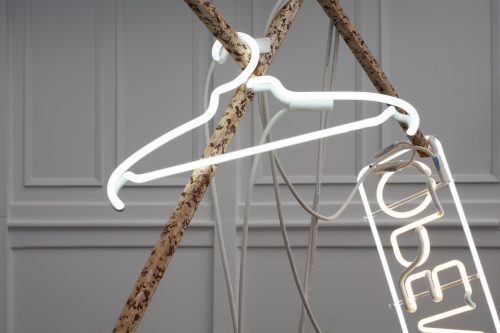 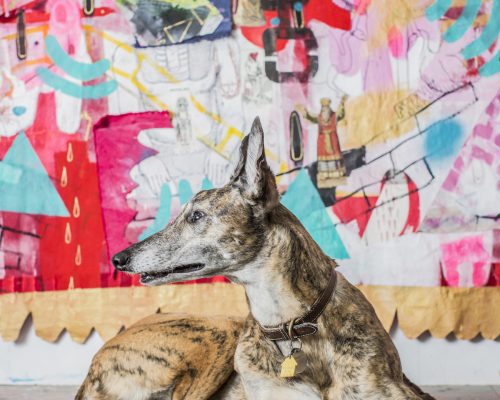 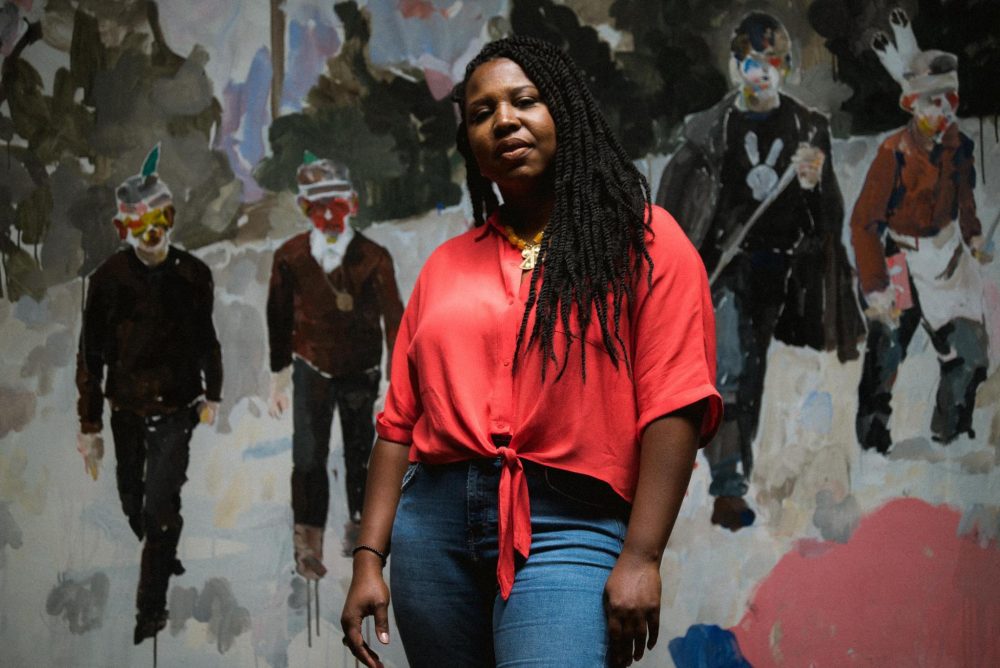 Excerpt: Several people who attended the Maryland Association of Counties conference in Ocean City last week have since tested positive for COVID-19, the association said Tuesday night in a notice to the thousands of attendees.

Additionally, The Daily Record reported Tuesday night that at least four aides to Gov. Lawrence J. Hogan Jr. (R) have tested positive for coronavirus, and that at least two of them attended the conference that drew more than 2,000 state and local elected officials, county employees, and state workers.

“Out of an abundance of caution, both the governor and lieutenant governor received COVID tests, which came back negative. All members of the governor’s staff are fully vaccinated,” spokeswoman Kata Hall told The Daily Record.

On Wednesday, Hall said only three administration officials to her knowledge had tested positive.

Masks were “strongly recommended” but not required at the convention itself, but policies were varied at after-hours fundraisers and receptions — some of which were held indoors and some of which took place outdoors. In May, Hogan allowed a statewide mask mandate to lapse, and he’s encouraged vaccination as the best way to stop the spread of COVID.

As Covid rise continues, Dzirasa is pressed on disparities and data
by Timothy Dashiell
Published August 20 in Baltimore Brew

But earlier in the week, Health Commissioner Letitia Dzirasa was on the defensive, grilled by City Councilman Isaac “Yitzy” Schleifer about why the city’s vaccination rates lag behind the state’s and those of some other jurisdictions.

“This is very concerning, considering that we had more mass vaccination sites, hospitals, pharmacies and external partners vaccinating than in any other jurisdiction in Maryland,” Schleifer said, at a meeting of the Rules and Oversight Committee he chaired.

“Why are our numbers lagging?” Schleifer asked.

State officials this week were reporting 79.6% of the adult population has had at least one dose of the vaccine, while the comparable rate for the city stood at 65.4%.

Excerpt: Rumors and misinformation about COVID-19 and the vaccines to prevent the virus have been a major hurdle in efforts to convince Garrett County residents to get the shot. The rural county in Maryland’s westernmost corner is home to about 29,000 people, less than 39% of whom are fully vaccinated, the lowest vaccination rate in the state, according to state data.

WYPR’s Rachel Baye spent some time earlier this month talking with county residents about their views on COVID-19 and why they are hesitant to get a vaccine.

Baye then spoke with Marjorie Fridkin, chief medical officer at Garrett Regional Medical Center, a 55-bed hospital affiliated with the West Virginia University Health System. In her role, Fridkin communicates with other providers in the area about COVID-19 protocols and the vaccines. She is also a practicing surgeon and has treated many patients with COVID-19.

Fridkin answered questions and debunked some commonly held beliefs. Her answers have been edited for length and clarity.

Excerpt: The American Visionary Art Museum in Baltimore will be getting some welcome programming and promotional assistance this fall from an unlikely source – comedian, television commentator and art collector John Oliver.

Oliver and the crew of his weekly HBO series, Last Week Tonight with John Oliver, have selected the Inner Harbor attraction as one of five winners out of nearly 1000 entries in a first-of-its-kind competition that he launched last fall to help American museums recover from losses suffered during the COVID-19 pandemic.

Each winning museum gets $10,000 to support operations plus permission to exhibit three paintings from Oliver’s private collection for three weeks at a time – an offer that’s designed to help the institutions attract paying visitors. The museums will also be featured in a segment on Oliver’s show — exposure money can’t buy.

Excerpt: State senators sent a letter to the Maryland State Board of Education Wednesday ahead of its hastily-scheduled meeting Thursday, imploring board members to issue an emergency regulation requiring a universal masking mandate for students and teachers across the state.

“Continuous in-person instruction this school year is critical, and we must protect students’ ability to learn with other children in school buildings statewide throughout the year,” Senate President Bill Ferguson (D-Baltimore City) said in a statement. “We urge the State Board of Education to promulgate a temporary emergency regulation mandating that all children, faculty, and staff wear masks in every Maryland elementary and secondary school and congregate setting with children in any county with a substantial or high rate of COVID-19 transmission, as determined by the Centers for Disease Control and Prevention.”

Battleground Baltimore: We Told You So
by Jaisal Noor and Lisa Snowden-McCray
Published August 20 in The Real News Network

Excerpt: The lessons from the Taliban’s retaking of Kabul on Aug. 16, nearly two decades after the US invasion of Afghanistan, were not lost on local anti-war activists who have opposed the war since its outset.

“This war was a complete failure, it made things for the people of Afghanistan worse, and, potentially, the Taliban is more popular now than they were in 2001,” Ryan Harvey, a local activist and musician who organized against the war, told Battleground Baltimore.

The Taliban’s rapid ascent came despite over $2 trillion spent on the US war effort, and an enormous loss of human life. The press has focused on the American toll—2,448 US soldiers and 3,846 contractors—but Afghans paid a far higher price: 47,245 civilians, 66,000 Afghan military and police, and 51,191 opposition fighters have been killed to date, according to the AP.

The nation was gripped in a nationalist fervor after the attacks of September 11, 2021. 90% of Americans supported the war, and it wasn’t uncommon for those percieved as Muslim or “anti-American” to face assaults, harassment, or worse.

“We wanted to get ahead of any effort on the part of the US military to try and seek vengeance for the Sept. 11 attacks,” Mike McGuire, who organized against the invasion of Afghanistan in 2001, told Battleground Baltimore.

Excerpt: In Really Love, directed by Baltimore native Angel Kristi Williams, we are introduced to Isaiah (Kofi Siriboe) and Stevie (Yootha Wong-Loi-Sing), two people who are young and beautiful and ineffably cool. The minute they lock eyes at an art gallery it’s clear they’re meant to be together—indeed, the couple seems to have an almost gravitational pull toward each other. Of course, we wouldn’t have a film if it were all that simple. You see, Isaiah is a talented and ambitious artist himself about to have his first solo show. Stevie, a law student, is at a bit of a career crossroads. Should she listen to her parents (Blair Underwood and the late Suzzane Douglas, luminous here) and take a job at a silk-shirt law firm in Chicago? Or should she stay in D.C. and do pro bono work?

Really Love is a vibe, for lack of a better word. The jazzy music, beautiful art, and sexy-cool couple combine to hypnotic effect. Williams has created a world you want to luxuriate in. And I give it my highest compliment: It reminded me of the 1997 film Love Jones, a movie I’ve probably watched 20 times.

Williams, who grew up in West Baltimore and went to Western High School (she later went on to College Park and UMBC) now splits her time between Baltimore and L.A. (She teaches in the MFA Film program at MICA.) She talked to me about how a girl from Baltimore becomes a movie director, the Baltimore influence on Really Love, and the kind of chemistry between actors you just can’t fake.

Divine’s gravestone gets a restoration and cemetery warns fans: “Please be respectful” of others
by Ed Gunts
Published August 20 in Baltimore Fishbowl

Excerpt: In the past, it has been common to find the praying hands on the gravestone painted with fingernail polish, or to see the marker smeared with messages that appear to be insulting, such as: “Tracy Turnblad is a Whore;” “Trash Royalty;” and “The Filthiest Person Alive.”
But those who visit Harris Glenn Milstead’s grave in Towson this summer will find something new: A sign with a message just for them:

“Fans of Harris Glenn Milstead (“Divine”) are welcome in Prospect Hill Cemetery, but please be respectful of the impact of your visit on families who have loved ones buried nearby,” the sign states.

“Writing on or defacing a gravestone is illegal under Maryland law. Items left will be removed at the cemetery’s discretion.

“By all means, pay your respects to an iconic performer, but help preserve the dignity of this burial ground.”

The black and white sign appears next to the headstone that marks the grave where Divine was laid to rest following his sudden death from heart failure in 1988. He died at 42 and would be 75 today.

Excerpt: The Science, technology, engineering and mathematics (STEM) industry is ever growing, with the U.S. Bureau of Labor Statistics predicting that the jobs in the field will grow more than two times faster than the total for all other jobs. But, it’s difficult to imagine yourself in a job where those that have come before look nothing like you.

STEMcx, the education arm of Baltimore nonprofit Transforming Lives Community Development Corporation, serves underrepresented minority communities by providing them with free STEM resources and opportunities. More importantly, the organization exposes African American and other minority students to STEM professionals that look like them.

“Every single time that we do a presentation from an African American who has achieved something in the area we hear the same thing. What they say is ‘when I was growing up, I never saw anybody Black doing [this,]’” said Sandy Adams, chair of STEMcx.

STEMcx began as a free conference and expo hosted at New Psalmist Baptist Church for students, parents and teachers to participate in STEM-focused workshops and computer labs. Between 200 and 300 Baltimore-area youth learned about topics ranging from the physics of football to the chemistry of Covergirl makeup. The organization’s programming has now expanded to include math and science tutoring, book clubs, and summer camps.

Excerpt: In Baltimore, where I live, tons of unsightly stuff leaks into the Chesapeake Bay. Sewage. Industrial pollution. And, according to a new report, drugs.

The study, conducted by scientists with the Cary Institute of Ecosystem Studies and published in the journal Environmental Science & Technology on Wednesday, found that tens of thousands of doses of pharmaceuticals are flowing into the bay every year. They include everything from over-the-counter pain medicine to prescription antidepressants

For the study, the researchers sampled water from six different sites in one Baltimore watershed every week for one year. They then sent the samples to a chemist in Sweden to look for 92 pharmaceutical chemical compounds from eight different medications prescribed for infections, mood disorders, and other ailments. The compounds fell into 9 common classes of drugs: adrenergics (prescribed for asthma and other cardiovascular and respiratory issues), antibiotics, antidepressants, antiepileptics, antifungals, antihypertensives, urologicals, and painkillers separated into two categories, non-opioid and opioid analgesics. The authors found that all of these were present in varying degrees.

The highest concentrations they found were of non-opioid analgesics like Tylenol, Advil, and Aleve. Based on their samples, the researchers estimated that 33 pounds (15 kilograms) of these drugs enter the Chesapeake Bay from the Gwynns Falls watershed every year. That’s the equivalent of 30,000 tablets of acetaminophen.