Speeches, Champagne, and Lines for the Loo: New John Waters Bathrooms at the BMA 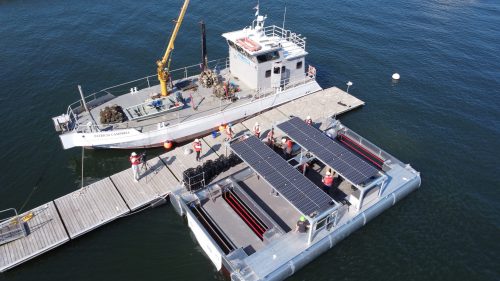 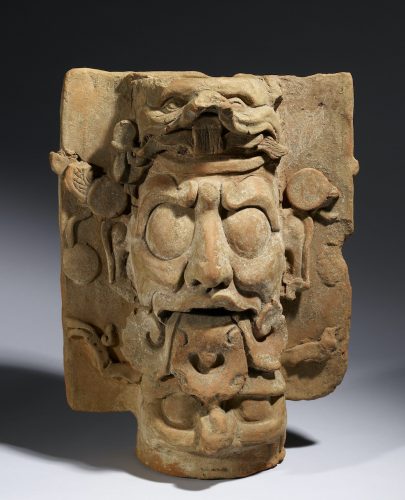 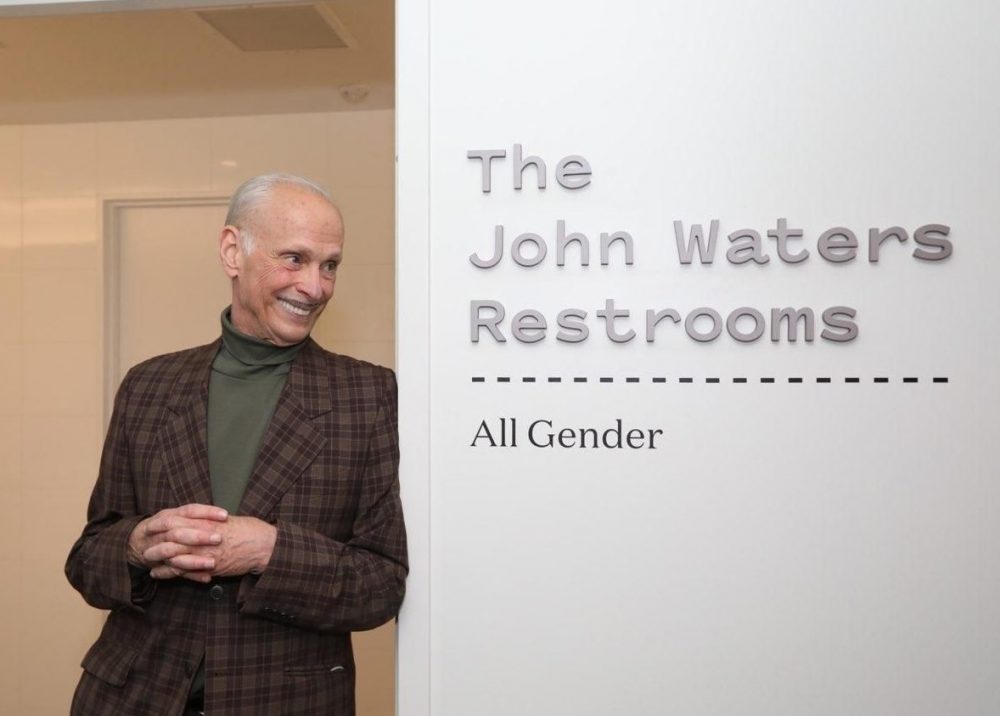 “I really wanted restrooms to be named after me,” said John Waters at the Baltimore Museum of Art, at an October 27 reception commemorating new gender-neutral bathrooms bearing his name. “Why? Public restrooms make ALL people nervous! Sometimes they attract perverts. And they’re fueled by accidents, just like my favorite contemporary art.”

In an official statement, the BMA said it is “proud to name its new gender-neutral restrooms for the incomparable artist/author/actor/filmmaker—and now BMA Trustee—John Waters.” The celebratory event for Waters and friends marks the completion of the restrooms and their official naming before he embarks on a national tour of spoken-word performances.

Waters gave a speech in the BMA’s Fox Court under the twinkling lights of Spencer Finch’s “Moondust” installation to an adoring audience. “When I heard the new restrooms could be remodeled for all genders I was even more excited,” he said. “I could be part of a much needed public elimination upgrade. Finally we can all go to the bathroom together in full privacy. That’s what I call progress!”

His announcement was met with applause and cheers and, although he peppered his remarks with his trademark humor, his message was serious: transgender people should to be able to use the restroom and we all deserve privacy and respect in such an essential personal space. According to the museum, the idea for naming a gallery and the restrooms came as a request from Waters when he decided to bequeath his fine art collection to the BMA. The museum hosted a dedication for the John Waters Rotunda gallery in May 2021.

Waters presented Elizabeth Coffey as his special guest that night, describing her as a “brave, talented underground actress and a gender-fluid body stuntwoman.” Waters introduced her as his friend for over forty years and said that her scene in Pink Flamingos was perhaps the “second most notorious” scene he ever filmed. The transgender actress is part of the Dreamlanders, an ensemble of actors and characters from various Waters films. “I owe her bigtime for helping me make that film so successful,” he said.

Waters said that Coffey was the first person he knew who transitioned in Baltimore. “In 1972 we didn’t know that word yet,” he said. “To us, she was just a beautiful hippie chick who had been born into the wrong body and wanted to be a complete female.” Waters said that having all-access bathrooms at an esteemed cultural institution offers validation to individuals who fall outside of prescribed gender norms.

Coffey’s scene from Pink Flamingos was filmed before she underwent gender confirmation surgery, and her character was a beautiful woman who shocks a flasher by exposing and wagging her penis at him, sending him running. About a week after the scene was filmed, Coffey became one of the first trans women to receive gender confirmation surgery at Johns Hopkins Hospital in 1972.

“Her personal life has been just as amazing and she is still causing trouble in a big way,” said Waters. “She is an advocate for senior trans housing which just proves the filthiest people alive, as we were once called, never retire, but continue to agitate.” Coffey lives in the John C. Anderson Apartments, an LGBTQ-friendly senior living community located in Philadelphia. She is a co-facilitator of TransWay, a gender non-conforming social group.

Coffey spoke in front of the crowd with impeccable comedic timing that matched Waters’ cadence, veering from humorous potty jokes to poignant self-revelation. She described the complexity and difficulty over the past few decades for transgender people to achieve the basic health service of using a public restroom.

“Other than the joy of the fun we are sharing tonight, there are a lot of people that, in many many places, are driven out,” said Coffey. “And they just want to go to the bathroom. Can you think of something more elementary than wanting to go to the bathroom?” She said that things were very different a few years ago, but “tonight we can all go… And we can all GO.”

After Coffey spoke, guests were invited downstairs to visit the new facilities. In an embodiment of true gender parity, a long line for the restroom formed, unrestricted to any one gender: instead, a combination of women, men, gender-neutral and nonbinary people, cisgender and transgender, gay and straight people, all waited together to go to the bathroom.

The four new gender-neutral bathrooms and communal washroom designed by Quinn Evans Architects are located on the museum’s first floor and will be open to the public Sunday, December 12, in conjunction with the adjacent Nancy Dorman and Stanley Mazaroff Center for the Study of Prints, Drawings and Photographs and Ruth R. Marder Center for Matisse Studies.

Header Image: John Waters and Elizabeth Coffey in the new BMA bathrooms, photo by Erika Nizborski, courtesy of the BMA