The News: The Cone Sisters’ Legacy, Zebras on the Loose, Baltimore County Voting Districts Under Scrutiny 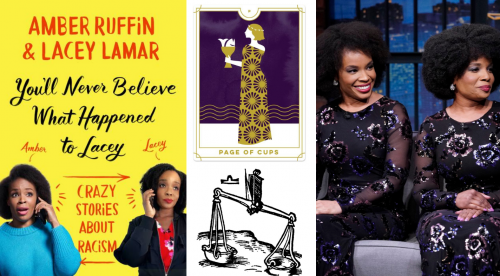 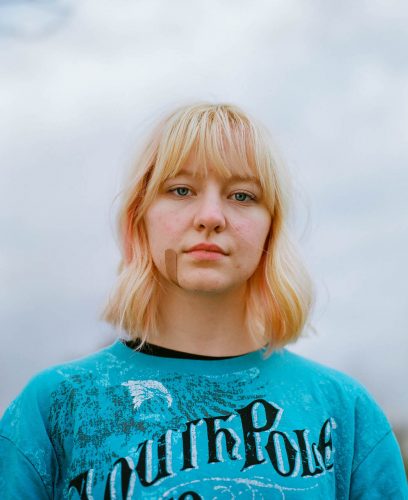 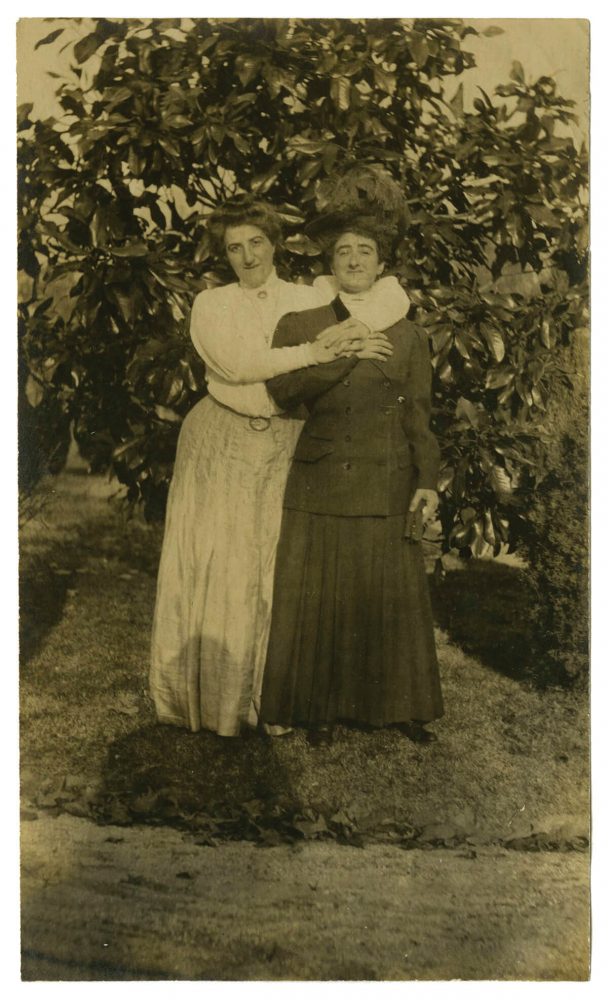 Excerpt: Today, it’s hard to imagine the BMA without the Cone Wing, which houses some of the best examples of modern art in the world. But it had to earn it. The Baltimore that existed between the World Wars was conservative to the point that Claribel used her will to call out what she saw as a lack of vision: “It is my suggestion, but not a direction or obligation upon my said Sister, Etta Cone, that in the event the spirit of appreciation for modern art in Baltimore becomes improved . . . that said Baltimore Museum of Art be favorably considered by her as the institution to ultimately receive said Collection.” In short, unless Baltimore learns to appreciate it, send the whole lot elsewhere.

Luckily, that spirit of appreciation for the Cone Collection, and the sisters themselves, missing at the time of Claribel’s death in 1929, has grown to canonization. But it was a long time coming. Even longer for Etta, who was for decades characterized as a purchaser of “pretty paintings” in contrast to her sister’s proclivity for bold moves and major purchases.

“I find the Cone Sisters to be an incredible model and inspiration for the future of Baltimore,” says Cara Ober, the founding editor and publisher of BmoreArt. “These were collectors who invested for a lifetime in the artists they believed in . . . who weren’t particularly famous at that time. As a result of their patronage and support, these artists became the world-renowned figures that they are today. [The Cone Sisters] were visionary risk-takers who invested in the artists they personally believed in, and this belief was a catalyst for the worldwide success of these artists, and the reason that the BMA is host to a spectacular and world-class Matisse collection.”

Now, that collection is the subject of a new exhibition, A Modern Influence: Henri Matisse, Etta Cone, and Baltimore, covering scores of paintings, sculptures, and works on paper that track the development of Matisse as an artist and Etta as a collector. Final touches are also being put on the long-awaited Ruth R. Marder Center for Matisse Studies at the BMA, opening in December. Built around Claribel and—especially—Etta’s collected works, the Center for Matisse Studies will position Baltimore as one of the premier places in the world to study and engage with the artist’s work.

Excerpt: Imagine looking out into your backyard and seeing zebras: It sounds like something out of a dream or a trippy song from the 1970s. But for the past month, it’s been reality for residents of suburban Maryland.

It all started on August 31, when five of the striped mammals escaped from a private farm in Upper Marlboro, Maryland, reports Michael Levenson of the New York Times.

“When I first heard about it I was like, ‘OK, you’ve got to be kidding me, right? Zebras?’” Rodney Taylor, chief of the Prince George’s County Animal Services Division, told Levenson. In four decades of catching runaway animals, this would be his first experience going after the equine species.

As it turns out, catching zebras is a pretty tricky endeavor. Having evolved to escape predators such as lions on the flat savannah and grasslands of Africa, zebras can run very fast at a moment’s notice. Because of the animal’s instinct to flee, animal control officials avoid chasing the animals and instead try to lure them into a corral with enticing snacks of grain. They haven’t had any luck, yet, however.

Black Lives Matter, She Wrote. Then ‘Everything Just Imploded.’
by Erica L. Green
Published October 10 in The New York Times

Excerpt: When Andrea Kane sat down to write a letter to parents in her school district days after George Floyd’s death in 2020, images of the Black man pleading for his life under the knee of a white Minnesota police officer were haunting her.

Dr. Kane, the superintendent, saw him in the faces of Black students in her district and heard him crying out for his mother when she spoke to her own sons. So she started her letter with a warning that it would bear not just “good news,” but “a bit of a reality check.”

Despite the coronavirus pandemic, the high-performing district on the Eastern Shore of Maryland had closed out the year with much to be proud of. But like the rest of the country, Dr. Kane said, the community had another crisis to confront.

“Racism is alive in our country, our state, in Queen Anne’s County, and our schools,” she wrote in the letter, emailed to the parents of all 7,700 students in the district.

Roughly 47% of Baltimore County residents are Black, Indigenous, or people of color, according to the American Civil Liberties Union of Maryland. That number has been trending up in the county in recent decades, reflecting growing diversity across the United States, but advocates say maps proposed by the Baltimore County Redistricting Commission “pack” Black residents into a single majority district, diluting their voting power.

White residents make up a majority in four districts and a strong plurality — 46% and 49% — in the remaining two districts, according to the commission’s final report.

The IG Advisory Board saga goes from bad to worse [Op-Ed]
by David J. Plymyer
Published October 13 in Baltimore Brew

No, the Scott administration saw fit to administer the coup de grâce to its own credibility, first by violating the notice requirement for the meeting of the advisory board scheduled to discuss the performance review of the IG, and then by denying the violation.

The board gave one day’s notice of the meeting. The law requires at least seven. The agenda posted with the notice stated that there would be a vote on whether to go into closed session to discuss the performance review, as permitted by the Maryland Open Meetings Act.

The board postponed the meeting only after The Brew reported the violation.

“This is a day for all of us to celebrate,” Jessica Dickerson of the Lumbee tribe said outside the Baltimore American Indian Center & Heritage Museum in Upper Fells Point. “The indigenous community here in Baltimore are strong individuals who care deeply about their culture, traditions and staying true to our native ways of living.”

Baltimore is the ancestral land of the Piscataway and Susquehannock. Many members of the Lumbee tribe, whose ancestral land is in North Carolina, migrated to the area in the early 20th century.

“The entire mission of my administration has been to leave our state in a stronger fiscal position than we found it, and that is exactly what we have done,” the governor said at a news conference Thursday afternoon.

Hogan said he intends to reinvest in Marylanders through a five-point framework, which he described as “broad outlines” of how the state plans to spend its money over the next few months.

With the excess funding, Hogan plans to:

Excerpt: The first words on the sign — “VACANT PROPERTY” — posted on the front door of a boarded-up rowhouse in Baltimore’s Upton neighborhood may overstate the obvious: The two-story brick home, its front steps sandwiched between tall weeds and a pile of garbage, clearly hasn’t been inhabited for some time. But the QR code sitting in the sign’s bottom right corner is a window to a trove of more expansive information about this building.

Scanning the pattern with a smartphone camera directs the user to a city web page linking to databases on property ownership, building permits, pending court cases and more. While this information is all publicly available, not everyone knows how to navigate these assorted city and state data portals.

The QR code signs are being installed by the city on its 17,000-plus properties with vacant building notices. It’s a practical evolution of a project that began as an artistic collaboration: Back in 2013, Baltimore housing activist Carol Ott and a troupe of street artists launched an effort called Wall Hunters, painting murals on vacant buildings that were accompanied by QR codes that led users to information about the building’s owner on Ott’s blog, Baltimore Slumlord Watch.

These bags can be seen everywhere in the city, hanging from trees and blocking storm drains. They ultimately wind up in the bay, killing marine life and dissolving in seawater and sunlight, ultimately, returning, settling into, and binding to our bodies.

These are the immediate and present risks.

But these lofty, high-minded, far-sighted ambitions aren’t being realized on the ground.

She’s Got the Beat
by Hope C. Tarr and Kendell Shaffer
Published October 11 in Baltimore Magazine

Excerpt: A lot of people would wince if their child’s choice of a musical instrument was the drums, but Gina Schock’s parents were supportive from the start.

It helped that John Schock, a stevedore on the Baltimore waterfront, and June Schock, a Dundalk hairdresser, both were big music lovers with eclectic tastes that ranged from jazz to rock and roll.

“My dad always had a set of [paint]brushes in his truck,” recalls the famed drummer of the Go-Go’s, “and he would play along with music with the brushes on the dashboard while he was driving. I grew up with him doing that all the time. He wasn’t really a player-player, but he sure had good rhythm, and so did my mom. They were bad-ass dancers.”

Schock still has Super 8 footage of her parents jitterbugging in the basement of their home during a party. The couple also frequented downtown dance venues like the Famous Ballroom (today the Charles Theater) in the 1960s, when Baltimore was a destination for Count Basie, Duke Ellington, and John Coltrane.