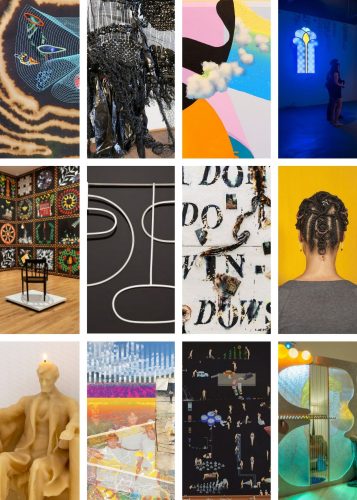 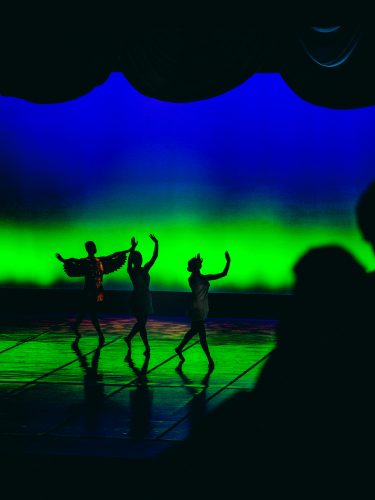 The Show Must Go On: The Baltimore School for the [...] 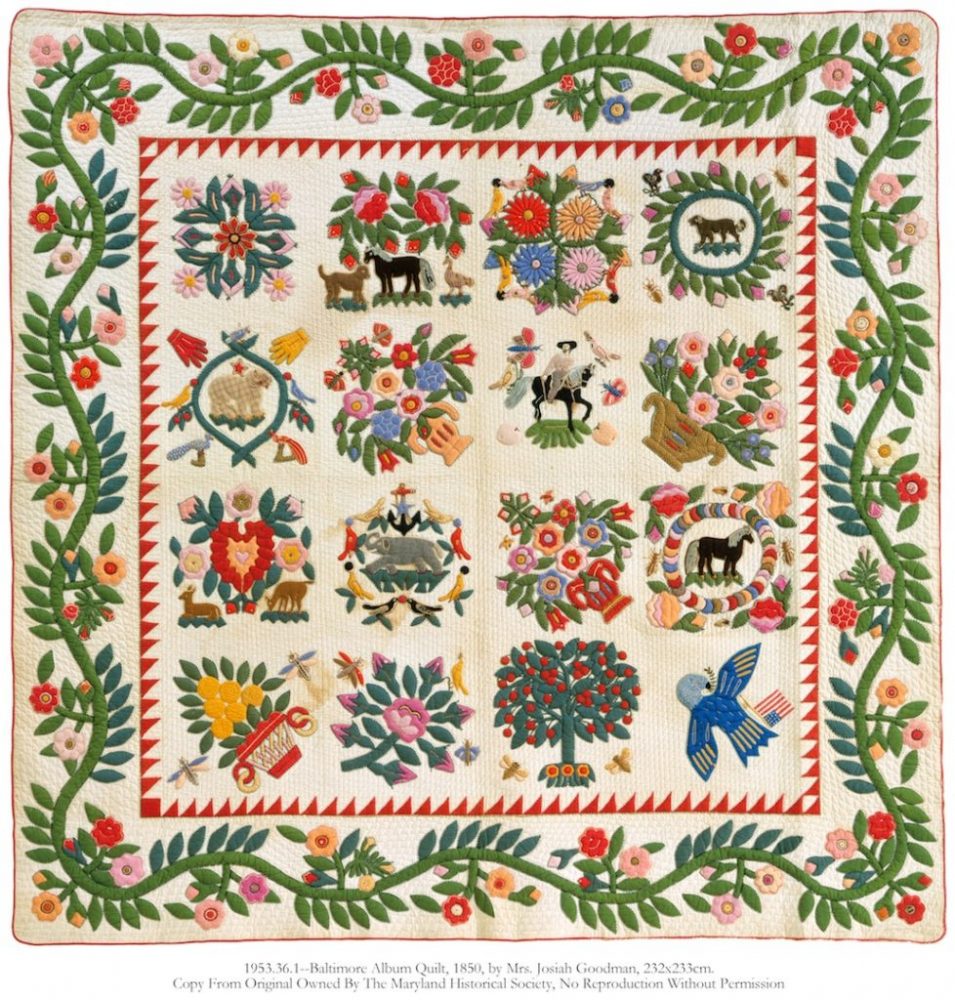 This Week:  Women of Steel outside at Baltimore Museum of Industry, Healing & The Art of Compassion (and the Lack Thereof!) at AVAM, Baltimore quilts in Wild and Untamed at Maryland Center for History and Culture, The Honorable Elijah E. Cummings Portrait exhibition opens at BMA, Artifactual Remakes at Baltimore Jewelry Center, and The Thin Man screens at The Charles — PLUS On the Other Side call for exhibition at the SNF Parkway and more featured calls for entry.

The Baltimore Museum of Industry has opened its next exhibition outside of the museum to allow for social distancing and open-air exploration during COVID-19. The exhibition, titled Women of Steel, hangs on the museum’s fence along Key Highway in South Baltimore and is free of charge to view. This is the first time the BMI has hosted an outdoor exhibition.

Hear the voices of Women of Steel in the audio companion to the outdoor exhibition. Featuring oral history excerpts from the Mill Stories documentary as well as a recording of the exhibition script, this audio guide is accessible from your mobile device on-site or from the comfort of your own home. Produced by Nae Bailey.

Humanity has adorned itself with jewelry throughout the ages. The earliest acknowledged artifacts date from between 100,000 to 135,000 years ago and indicate that prehistoric humans were thinking symbolically about the objects around them. Historically, jewelry has been used to denote marital or class status, signify availability or fertility, act as protection against evil spirits, enhance beauty, mark grief, convey wealth, and more.

For this community challenge exhibition, we asked artists to make a piece of jewelry or a sculptural object influenced by a historical piece. Artists participating in the challenge drew inspiration from a pre-selected collection of historical jewelry objects from the Walters Art Museum. The items in the collection come from various cultures and time periods, illustrating spectacular craftsmanship and skill.

Healing and the Art of Compassion (and the Lack Thereof!)
Ongoing through September 4
@ The American Visionary Art Museum

AVAM’s 26th original and newest thematic mega-exhibition “Healing & The Art of Compassion (and the Lack Thereof!)” focuses public attention on two sibling essential powers – healing and compassion – twin forces for greater good sorely in need today. Clearly defining compassion, how it operates as a healing force in our own lives, within our own families, our communities, in social welfare, monetary, and justice systems, and in the world, is at the heart of this uplifting and enlightening exhibition’s premise and purpose.

Follow Dr. William Rush Dunton Jr. on his journey to understand the Baltimore album quilt tradition and learn how quilts served as the building blocks for his groundbreaking work in occupational therapy. Explore our internationally famous quilt collection, including never-before-seen pieces, and Dr. Dunton’s personal works to unravel a narrative that connects Dunton’s views on quilts, gender, and mental health in the 1940s.

“I want justice. Oceans of it. I want fairness. Rivers of it.”

Whether he was in front of a large audience quoting passages from the Bible or conversing with residents in various Baltimore neighborhoods, the Honorable Elijah E. Cummings (1951–2019) was a magisterial presence, known for his deep, reassuring voice and hands that moved with strength and grace in equal measure. His life’s work was to protect the underserved and U.S. democracy.

Born in South Baltimore during the Jim Crow era of segregation, Cummings became a lawyer, state delegate, and twelve-term United States congressman. Representative Cummings also served as Chairman of the House Committee on Oversight and Reform.

Cummings used his committee platform to defend democratic norms and the rule of law against multiple and serious threats during his tenure, often saying, “We’re better than this!” After his untimely passing, Cummings became the first Black congressperson to lay in state in the United States Capitol. Former presidents Barack Obama and Bill Clinton both lauded the integrity and steadfastness of the representative at his memorial service. The committee renamed its room in the House of Representative’s Rayburn House Office Building in commemoration in 2020.

For Cummings’ official portrait, a selection committee awarded the commission to Baltimore artist Jerrell Gibbs. Gibbs approached the commission with seriousness and circumspection, immersing himself fully in Cummings’ life; consulting with his widow, Dr. Maya Rockeymoore Cummings; and experimenting with different compositions and poses over many months.

The painting is inspired by Baltimore-based photographer Justin T. Gellerson’s image of Cummings, which features on the cover for Cummings’ memoir, We’re Better than This: My Fight for the Future of Our Democracy. Gibbs’ portrait continues the artist’s exploration of memory, time, presence and absence, and the variation of paint handling on canvas.

Gibbs began his practice as a self-taught painter when his wife, Sheila, bought him an easel for Father’s Day in 2014. After exhibiting widely in the region, he completed his MFA from the Maryland Institute College of Art in spring 2020. Since then, Gibbs has been catapulted to the national stage. With his loose style and exquisite use of color, Gibbs focuses on the complexities of the Black experience, endowing his subjects with a timeless air of nobility.

After its display at the BMA, this painting will hang permanently in the new Elijah E. Cummings Room to inspire lawmakers on Capitol Hill.

“Dashiell Hammett’s fifth and last novel was something of a departure in that it was less a hardboiled thriller than a spray of sophisticated banter in which nobody – least of all detective Nick Charles and his delightful Nora – took the tough guy ethos very seriously. With Powell and Loy fitting the roles to perfection, the film draws happy doodles around the mystery of the missing scientist (lingering, for instance, over an irresistibly irrelevant sequence in which Nick, given an airgun as a present by the understanding Nora, spends a contented hour potting baubles on the Christmas tree). What enchants, really, is the relationship between Nick and Nora as they live an eternal cocktail hour, bewailing hangovers that only another little drink will cure, in a marvellous blend of marital familiarity and constant courtship, pixillated fantasy and childlike wonder. None of the five sequels that followed (1936-47) recaptured quite the same flavour.” (Tom Milne, TimeOut)

SNF Parkway is launching “On the Other Side,” a new window exhibition space in January 2022. They are currently looking for dynamic digital media artists to submit their works for consideration for February and March. February’s theme is “Afro Futures” and the deadline to submit is January 1, 2022. March’s theme is “Femme the Future” and the deadline is February 1, 2022.

The Les Paul Foundation inspires innovative and creative thinking by sharing the legacy of Les Paul through support of music education, recording, innovation and medical research related to hearing. Funding consideration is given to programs and projects that encourage innovation in music production and/or performance and to innovative STEM or STEAM programs for students and others in challenging situations. All applicants must describe how Les Paul’s story will be shared. Applications for the next grant cycle close on Saturday, January 15, 2022.

The Arts Council will award a minimum of $10,000 in scholarship funds to students entering college in the 2022-2023 academic year. Scholarships must be used for enrollment in an accredited college program for a degree in the arts. Award amounts will range between $1,000 and $5,000 and may be used for tuition and fees only.

Applications will be reviewed by the Arts Council’s Scholarship Panel, made up of professionals working in a variety of artistic disciplines. Review criteria will include artistic merit, demonstrated knowledge of an artistic discipline, commitment to a career in the arts, and a demonstrated track record of success in an academic setting. Applicants will be notified of the committee’s decision in March 2022.

Applications for the scholarship program must be submitted online. Prospective applicants should visit hcac.gosmart.org to initiate the application process. Applicants must be legal residents of Howard County in their senior year of high school. Applications must be submitted electronically by January 27, 2022. Contact the Howard County Arts Council at 410-313-2787 or email info@hocoarts.org for more information.

For the call for Conversations with the Archive, we are looking for work using historical, familial, or found photographs (or ephemera) to create a new visual language or expression. This reconsideration of other people’s photographs, whether it be from a family album or a dusty thrift store bin, allows the creator to appropriate, construct, edit, and sequence in order to create something entirely new–sometimes in conversation with the photographer’s own imagery, or sometimes as an artistic expression using only appropriated imagery.

Our juror for Conversations with the Archive is Aline Smithson. Aline Smithson is a visual artist, educator, and editor based in Los Angeles, California. Best known for her conceptual portraiture and a practice that uses humor and pathos to explore the performative potential of photography. Growing up in the shadow of Hollywood, her work is influenced by the elevated unreal.

In 2007, Smithson founded LENSCRATCH, a photography journal that celebrates a different contemporary photographer each day. She has been the Gallery Editor for Light Leaks Magazine, a contributing writer for Diffusion, Don’t Take Pictures, Lucida, and F Stop Magazines.

35-40 Selected images will hang in the SE Center’s main gallery space for approximately one month with the opportunity to be invited for a solo show at a later date. In addition, selected images are featured in the SE Center social media accounts (FB, IG, Twitter) and an archived, online slideshow. A video walkthrough of each exhibition is also featured and archived.