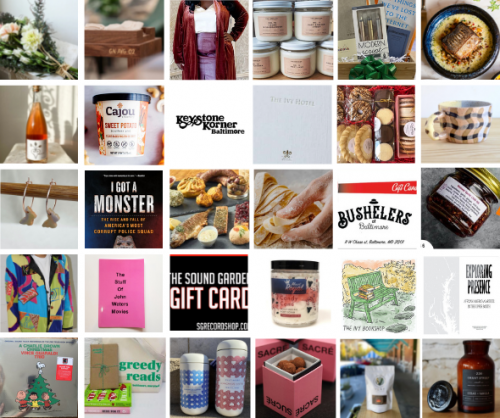 Md. State Board of Education Votes For an ‘Off Ramp’ From School Mask Mandate
by Elizabeth Shwe
Published December 1 in Maryland Matters

Excerpt: The Maryland State Board of Education voted on Wednesday to direct the State Department of Education to draft a new emergency regulation that would provide local school jurisdictions with “off-ramps” from mask wearing.

Shortly after the school year began for some districts, state lawmakers approved a universal mask mandate on Sept. 14, requiring all teachers, students, staff and visitors to wear masks inside public school buildings. This emergency regulation expires on Feb. 25, 2022 but can be lifted earlier, according to Board President Clarence Crawford.

Now, against a backdrop of COVID-19 vaccinations available for children 5 years and older, “it is time to think about off-ramps,” State Superintendent Mohammed Choudhury told board members Wednesday. “We should update our [regulations] in a way that allows for an off-ramp for communities based on where they’re at.”

The board voted 12-2 to direct MSDE to draft a new masking policy and present it to board members, who will then vote on the new emergency regulation. The state board’s next meeting is on Dec. 7.

Excerpt: Last year, I hid behind an abandoned building in East Baltimore with three guys who all used heroin together as they tested their drugs, injected them, and made sure they were there for each other in case any of them overdosed.

It was about 8AM in the middle of January 2020, sunny but cold, and “D”—Black, in his late thirties, without a home, and requesting anonymity for obvious reasons—held court behind a vacant rowhouse. D saw to it that he and his friends were as safe as possible—he’s more fastidious and more experienced than the others. Heroin had been part of his life for about 20 years.

Most mornings back then, D and his friends looked out for one another because they understood that they were most likely to overdose when they used alone. If no one’s there with you, no one’s there to save you.

In case anybody did overdose, D was ready with Naloxone, the medicine that blocks the effects of opioids and reverses overdose. He gripped the small nasal spray bottles of NARCAN and got a little less jokey with me.

Overdoses have been increasing for years now because the drug supply has been poisoned with fentanyl, a synthetic opioid that has leaked into street drugs, making them unpredictable and lethal. You just don’t know what you’re getting. For the most part, the response to this lethal phenomenon has amounted to the all-too-typical declaration of an “opioid crisis,” which has catalyzed a combination of moral panic and a severely limited plea for “understanding” that mostly focuses on addiction and treatment.

Excerpt: A former prosecutor in Marilyn Mosby’s office has been charged with using his law enforcement powers to spy, harass, stalk, extort money and falsely obtain records from six victims, including two ex-girlfriends.

The 88-count indictment, filed today in Baltimore Circuit Court by State Prosecutor Charlton Howard, alleges that Adam Lane Chaudry used his position as an assistant state’s attorney and his command of a city grand jury to illegally subpoena telephone and other records from his former romantic partners and their friends.

He is also accused of trying to coerce $10,000 from the ex-boyfriend of another woman, illegally subpoenaing the jail calls made by a relative of an ex-girlfriend and directing an SAO investigator to do “information workups” on some of the victims.

Chaudry’s alleged abuse of his position started in 2018 and lasted through April 2021, with one victim’s phone records secretly subpoenaed 33 times.

She criticized the makeup of the board arguing that it creates conflicts of interest. By law, the panel consists of elected officials and public servants that the OIG may investigate, including the mayor, city council president, comptroller and the city solicitor. The deans of the schools of law at the University of Baltimore and University of Maryland may serve on an optional basis.

Excerpt: Throughout the United States, Latino communities continue to disproportionately suffer from COVID-19.

The study, published in Clinical Infectious Diseases, found that in Latino households in Baltimore, one in two people with COVID transmitted it to others in the household.

In similar studies, the average is one in five.

They used this data to examine the likelihood of one household member infecting another, known as the secondary attack rate (SAR).

The study found that the SAR among Latino households in Baltimore was 45.8 percent.

In the U.S. overall, the SAR is 38 percent, according to a recent study by the Centers for Disease Control and Prevention.

Excerpt: Outside the James McHenry Recreation Center on Tuesday, city officials announced a digital equity plan for the next decade that will include a $35 million investment in broadband infrastructure, which Mayor Brandon Scott called a “down payment” on closing the digital divide permanently in the next ten years. According to the Abell Foundation, there are about 96,000 households that go without wireline internet in the city today.

Of the new investment, $6 million is immediately going toward expanding City-run fiber to recreation centers across the city, enabling them to provide Wi-Fi for the community. The City is also planning to install 100 free, public Wi-Fi hotspots across 10 West Baltimore neighborhoods.

Along with this infrastructure, the City is planning to hire a digital equity coordinator and staff who bring experience in Wi-Fi deployment, fiber engineering, operations and tech support.

Excerpt: For decades, the Port of Baltimore’s ability to compete with its rivals along the East Coast has been hampered by the nearby Howard Street Tunnel, a 126-year-old structure that isn’t tall enough for double-stacked container cars to pass underneath.

That will change when crews finish a massive reconstruction of the Howard Street tunnel and nearly two dozen shorter tunnels between Baltimore and Philadelphia.

Wearing hard hats and wielding gold-colored shovels, officials with track-owner CSX, the federal government and the state broke ground on the project Monday at the Mount Royal Station. They said multi-year negotiations on how to share expenses on the $466 million project paved the way for it to move forward.

Excerpt: For the second time in a week, a priest from the Baltimore area is drawing national criticism for incidents that took place in a local Catholic church.

“Our bodies are a temple of the Holy Spirit,” Meeks intoned during his homily, citing a biblical phrase from Corinthians.

“No earthly king or president or public health official or billionaire technocrat,” he went on to say, “gets to dictate what we must put into our bodies, into these temples of the Holy Spirit. . . that’s between us and God. You hear what I’m saying?”

Applause can then be heard in the video (“No Earthly King“) posted on Meeks’ YouTube channel, which has been viewed now more than 13,000 times.

Excerpt: I didn’t quite know what to expect when I set out to interview all the candidates for governor about climate change.

I thought I might be able to pin them down on some commitments for how to combat climate change, and hold them accountable later for their expressed views.

I might have accomplished some of that during the nine-part series we recently ran called “Climate Voter’s Guide,” in which I talked at length to all the Democratic candidates for governor (more on the Republicans later). Please read the series and judge for yourself.

What I was most struck by was how each of the candidates managed to spin the conversation to their benefit and illuminate their own talking points.

Senators Chris Van Hollen and Ben Cardin hope to use the infrastructure bill to resurrect the Red Line — the shovel-ready light rail project to connect East and West Baltimore that Governor Hogan cancelled in 2015, returning $900 million in federal funding.

The Democrats lobbied for language within the legislation that puts infrastructure projects previously greenlit by the federal government at the front of the line for future funding. But the bill does not mention the Red Line by name, meaning it’ll compete with other eligible projects. And some local transit activists are wary of reapplying for the federal funds until Hogan’s term ends in January 2023; the Republican is term-limited and cannot run for re-election.

In an exclusive interview with WYPR, Buttigieg said the U.S. DOT’s phones are ringing off the hook with pitches — but emphasized that the infrastructure bill is not a “a one-time, one-month bonanza” but meant to fund projects through fiscal year 2026.