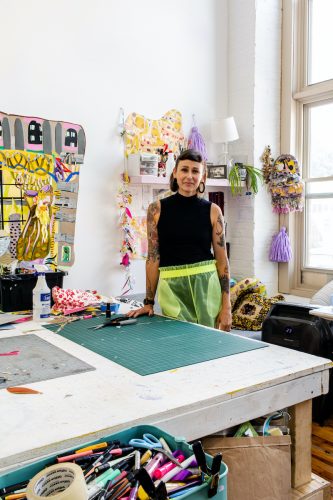 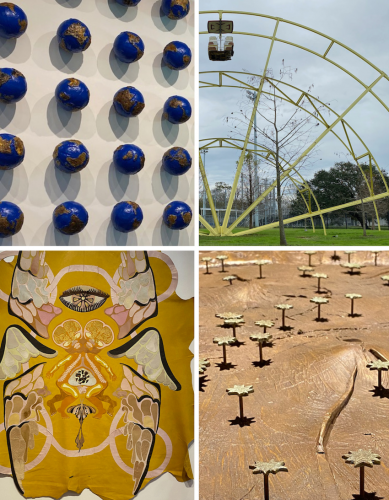 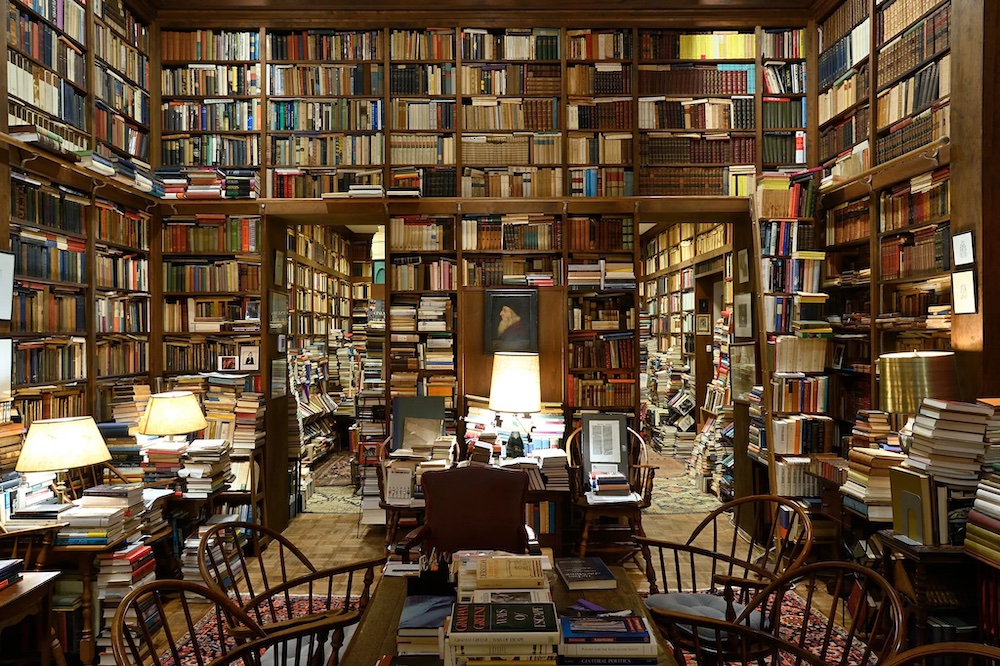 Excerpt: Behind locked glass doors in the central branch of the Enoch Pratt Free Library’s staff-only section sits a bank-style vault. Inside, safely stored for posterity, there’s a letter penned by F. Scott Fitzgerald—who was living in Paris at the time—to H. L. Mencken, thanking the Sage of Baltimore for reading his just-published novel, The Great Gatsby. Mencken’s diaries, at his request, are kept there, too, as well as Mencken’s limited edition copy of James Joyce’s Ulysses. There’s also a handwritten copy of an Enoch Pratt-contest-winning rap by a young Tupac Shakur, plus a CD from “The Eastside Crew,” the group that the rapper formed while he was a student three blocks away at the Baltimore School for the Arts.

Most memorably, if that’s the right word, are locks of hair from Edgar Allan Poe and his teenage bride and first cousin Virginia, framed under glass, and a piece of his coffin.

It’s funny how long story ideas can take to germinate. I am pretty sure the seed for this month’s cover story, “The City That Writes,” was planted 11 years ago when I got a behind-the-scenes tour of the Pratt—vault included—for an assignment for this magazine entitled, “Book Smart.”

According to the indictment, Mosby requested that she be able to withdraw money from her retirement, which was allowed under the 2020 CARES Act if the person withdrawing “experienced adverse financial consequences” during the COVID-19 pandemic. The indictment notes that Mosby was making a salary of nearly $250,000 in 2020 and had received a $10,000 raise since 2019, suggesting that she was not experiencing economic hardship during the early, heady days of the pandemic.

Excerpt: Pushing back against prosecutors who allege that Baltimore State’s Attorney Marilyn Mosby falsely claimed Covid hardship to get early access to her tax-deferred retirement money, her lawyer says they were wrong – she did experience hardship.

While she did receive her nearly quarter-million-dollar salary in 2020, she faced losses from her private businesses, Mosby’s attorney, A. Scott Bolden, told the New York Times and other media.

“Remember, Marilyn Mosby had businesses, if you will, and so those businesses were in the travel space and they were affected by it,” Bolden said on Roland S. Martin’s online broadcast last night.

But back in July 2020 – when Baltimore Brew disclosed the existence of Mahogany Elite Enterprises LLC and two other entities that Mosby had registered in her name – her spokesperson said the businesses were not “operational” and that she would not start them up until she was out of public office.

“There are no clients and she has not received a single cent in revenue,” communications director Zy Richardson stated in an email to The Brew about the businesses’ status.

At the heart of Marilyn Mosby’s perjury charges, the web of words she wove about her travel company
By David Plymyer
Published January 16 in Baltimore Brew

“I can think of no better way to begin this last year than by presenting a budget which continues to keep the promises we made. And that builds on the bipartisan progress that we have achieved to change Maryland for the better,” Hogan said.

The budget is built on an unprecedented level of fund balances and revenue growth. And, in addition to a $2.4 billion appropriation to the state’s rainy day fund, it would leave the state with a $1.3 billion structural surplus going forward.

In October, Hogan committed to a “five-point plan” for spending the surplus, including increasing the state’s rainy day fund, providing tax breaks for retirees and working families, increasing relief programs for underserved Marylanders and enhancing state employee salaries and benefits.

The budget includes more than $850 million over the current and next fiscal year to give salary enhancements and bonuses for state employees.

Excerpt: In April 1963, Martin Luther King Jr. was arrested for protesting Birmingham’s segregation ordinance and placed in a dark cell with no mattress.

An ally smuggled him a newspaper containing a statement written by eight white Alabama clergymen, who claimed to support racial justice but criticized nonviolent civil disobedience as a means of achieving it.

And so King began scrawling a response in the margins of the newspaper, distinguishing between just laws and unjust ones that prevented Black Americans from voting.

“I have almost reached the regrettable conclusion that the Negro’s great stumbling block in the stride toward freedom is not the White Citizens Councilor or the Ku Klux Klanner but the white moderate who is more devoted to ‘order’ than to justice,” he wrote.

On Sunday Jan. 16, two local groups advancing social justice through a Jewish lens — Jews United for Justice and Repair the World Baltimore — held an event to show how relevant the “Letter from Birmingham Jail” remains today.

Excerpt: When a former Baltimore Police Commissioner suggested to a subordinate that he put child pornography on a problem cop’s computer, at least one person in the room wasn’t sure if it was a joke or not. That’s just one of the many anecdotes of misconduct detailed in a shocking report on the Baltimore Police Department released last week.

According to the report, Sean Malone, the police department Chief of Legal Affairs at the time, overheard former Baltimore Commissioner Ed Norris openly discussing Robert Richards, a cop who was “among the most vocal of the Black BPD members on the issue of racial discrimination,” and who was also “accused by five female police officers under his command of sexual harassment—actions that included exposing himself.”

“Richards will probably have child pornography on his computer in a few weeks,” Malone recalled Norris saying to others in the room.

That anecdote, by the way, is hidden in a footnote, which is to say: This massive 515-page report is teeming with stories of misconduct, abuses of power, and straight-up illegal activity.

Excerpt: On the first Tuesday of the year, the author and political activist Don Winslow tweeted a photograph of an avid reader’s dream library. Bathed in the buttery glow of three table lamps, almost every surface of the room is covered with books. There are books on the tables, books stacked on mahogany ladders, and books atop still more books lining the shelves of the room. “I hope you see the beauty in this that I do,” Mr. Winslow wrote in the tweet, which has been acknowledged with 32,800 hearts.

If you spend enough time in the literary corners of Twitter, this image may look familiar. It rises again just about annually, and the library has been attributed over the years to authors including Umberto Eco and buildings in Italy and Prague. As with other images featuring beautiful bookshelves, people go absolutely bananas for it. Mr. Winslow’s post received 1,700 comments, including one from a professor at Pace University who has been using the photo as his Zoom background.

“It’s clearly the home of a person who loves and collects books,” Mr. Winslow said in an email through his agent, Shane Salerno. “For me, I think that photo is as stunning as a sunset. I could spend days and days locked in that library examining each book.” He noted that there’s something comforting about the image, since “it’s a room you could happily get lost in.”

Excerpt: Though Baltimore City is coming from a dreadful year that saw more than 330 homicides, the Belair-Edison community has something to celebrate.

The past year was monumental for Safe Streets Belair-Edison as the organization recorded zero homicides in 365 days in its catchment zone, which lies within Northeast Baltimore.

To commemorate the achievement, the organization hosted a community celebration along with local residents, political figures and community leaders outside of its Belair Road location on Dec. 29.

In addition to zero shooting homicides between Dec. 2020 and Dec. 2021, Safe Streets tallied a total of 345 mediated conflicts.

“We had to double down on our efforts because of the pandemic, of course. The community needed a whole lot more,” said Safe Streets Belair-Edison Director Dante Johnson, also the moderator of the ceremony.

Mosby has touted his legislation, a package of three bills introduced last year, as a pathway to homeownership for legacy city residents, arguing it would revitalize impoverished neighborhoods as Baltimore’s original dollar home program did in the 1970s. The bills call for using $200 million in American Rescue Plan Act funding, which is solely controlled by Mayor Brandon Scott.

In a lengthy and critical report, Housing Commissioner Alice Kennedy said that selling a city-owned property for a dollar was the most straightforward component of the bill.

“It is the access to capital and lending, affordability, and comprehensive community revitalization that also need to be in place in order to achieve the homeownership outcomes that we know we need,” she said.

Excerpt: Rajani Gudlavalleti responded to a drug overdose near her work a few months ago.

She said that bystanders at the scene were “too afraid” to call 911. But, as a member of the Baltimore Harm Reduction Coalition, this was nothing new for her.

“When I called 911 they [bystanders] said, ‘What are you doing? I gotta get out of here,’ and I said ‘Don’t worry,’ and I … got to educate folks about the Good Samaritan Law and also how the current Good Samaritan Law isn’t exactly what we need if we’re going to really get rid of this culture of fear,” Guldavalleti said. “My experience proves, once again, our community’s deep mistrust of law enforcement.”