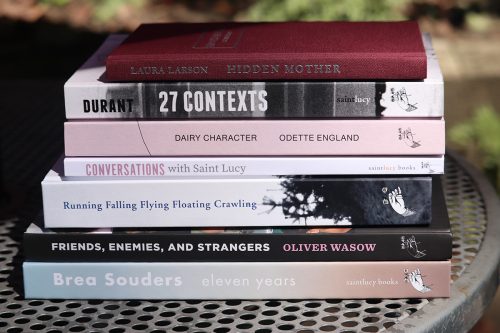 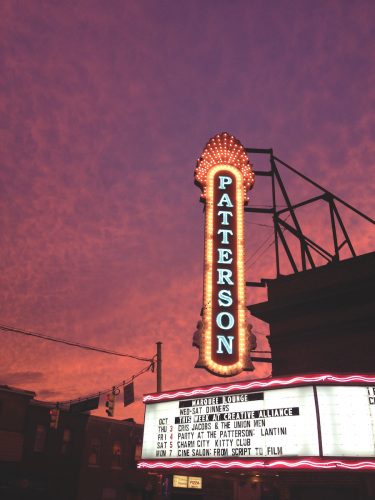 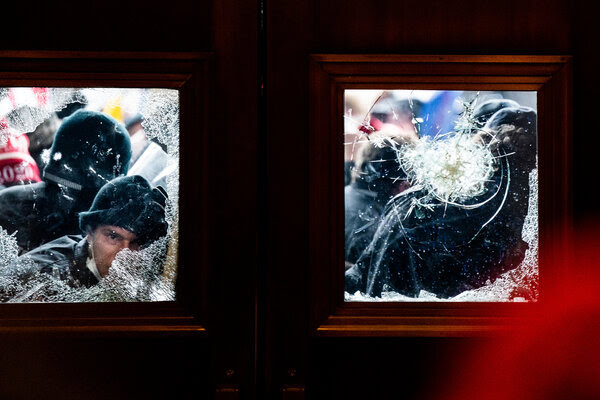 Excerpt: When Rep. Jaime Herrera Beutler — a Trump impeachment backer whom the former president is aggressively targeting for defeat in 2022 — threw a fundraiser last month, she was accompanied by a fellow Republican who’d trekked from the other side of the country: Maryland Gov. Larry Hogan.

The foray was part of a broader effort Hogan is launching to bolster the ever-growing list of Republicans former President Donald Trump is trying to oust in this year’s midterm elections. Hogan has hosted fundraisers for Georgia Gov. Brian Kemp, and he is looking at helping others, including Alaska Sen. Lisa Murkowski, another impeachment supporter facing a Trump-endorsed Republican challenger. He has loudly advocated for the Republican Governors Association to defend Kemp and other sitting incumbents under fire, a position the organization has embraced.

With the initiative, Hogan — a popular blue-state GOP governor who has said he’s open to challenging Trump for the nomination in 2024 — is positioning himself as a staunch critic of the former president and a dissenting voice in a Trump-dominated Republican Party.

“It’s crazy. We’ve got the former president going after all these really good elected Republicans, and so I’m trying to support people who I think deserve to be in office,” Hogan said. “We’re trying to help people wherever we can, and I’m sure we’re going to be doing a lot more of it.”

Excerpt: Baltimore artist Jerrell Gibbs stands near six feet tall. His locs—which he says have been growing since 2015, the year he started to focus on his painting—flow just over his shoulders. His approach to growing and maintaining such a beautiful hairstyle, rich in history and culture, isn’t unlike his approach to portraiture, which he says takes both patience and practice.

An MFA graduate of MICA—whose work is in the permanent collections of the Los Angeles Museum of Art, CC Foundation, X Museum, and our own Baltimore Museum of Art (BMA)—Gibbs adapts his work from small Polaroids and grows them into life-size paintings. Throughout his career, the 33-year-old has become known for examining his Blackness, class, and personal life—both the joyous moments, as well as issues surrounding politics, race, and economic disparities—in his work.

It was for this reason, in part, that he was chosen by a BMA selection committee to paint the official portrait of the late Rep. Elijah Cummings, which will be on view at the BMA through January 9 before moving to its permanent home at the U.S. Capitol. Congressman Cummings, who represented Maryland’s 7th District for more than two decades, was perhaps best known for his legacy as a civil rights leader, fighting for his constituents on issues including voting rights, gun control, and restructuring the criminal justice system.

Excerpt: State lawmakers gave final approval on Wednesday to an emergency regulation passed by the State Board of Education that allows Maryland public schools to loosen mask-wearing requirements.

Under the new policy, schools can lift the mask mandate — which had been in effect since September — under any of three conditions: if 80% of staff and students are fully vaccinated, if 80% of the full county population is fully vaccinated or if a county’s COVID-19 transmission rates are low or moderate for 14 consecutive days, as reported by the CDC.

Proponents of the mask mandate contended that it was necessary to allow students to return to classrooms with as little disruption as possible, while opponents criticized the mask mandate for undermining local control and curtailing personal rights.

On Wednesday, the General Assembly’s Joint Administrative, Executive and Legislative Review (AELR) Committee, which is tasked with reviewing state agency regulations, voted 11-5 to approve the new emergency regulation passed by the state board in December. The regulation replaces a universal school mask mandate that was set to expire on Feb. 25, and details the exit strategies from the universal policy.

Andres Serrano’s Shocking New Film Delves Into the Chaos of the U.S. Capitol Riot. He Thinks Trump Will Love It
by Eileen Kinsella
Published in Artnet News January 6, 2022

Excerpt: It’s entirely fitting that Andres Serrano, a boundary-pushing artist who always (sometimes eerily so) has his finger on the pulse of culture and current events, is set to release a film—his first ever—that delves into the riot at the U.S. Capitol that unfolded exactly a year ago today.

The 75-minute film, titled Insurrection, could be “one of the most violent and controversial films ever made,” Serrano said.

Following the riots, Serrano spent months going through photos and footage of the uprising, including material uploaded to conservative networking website Parler. Support from the Washington, D.C.-based nonprofit CulturalDC (known for financing artworks such as Jennifer Rubell’s Ivanka Vacuuming in 2019) and the London-based organization A/Political (which has worked with Serrano before) helped push him past the finish line when he felt overwhelmed by the sheer volume of material.

The film is screening TONIGHT at A Cultural DC. Click here for tickets. Proof of vaccination required.

Excerpt: Gov. Larry Hogan (R) on Tuesday declared a 30-day state of emergency that mobilizes the National Guard to assist state and local health officers at coronavirus testing and vaccination sites and authorizes the state Department of Health to take steps to increase staffing at overwhelmed hospitals.

Hogan predicted that Maryland will see its “most challenging” phase of the pandemic yet in the next four to six weeks, with models projecting up to 5,000 people hospitalized for covid-19, an increase of up to 150 percent above the state’s peak levels last year.

The Health Department on Tuesday reported a pandemic record of 3,057 people hospitalized — a 500 percent increase since the omicron variant emerged seven weeks ago, Hogan said.

“With this new surge of omicron it’s important for Marylanders to go back to using common sense and doing the things that will keep us safe: avoiding crowds, keeping your distance, washing your hands, and yes, once again, wearing the damn masks,” Hogan said.

“Democracy is in a very shaky place.” Maryland congressmen reflect on January 6.
by John Lee
Published January 4 in WYPR

Excerpt: Thursday marks one year since a mob supporting then-President Donald Trump breached the U.S. Capitol as Congress was certifying the election of Joe Biden.

Baltimore area congressmen who barricaded themselves and their staff in their offices to keep safe, are both optimistic and uncertain what the legacy of that day holds for the future of the republic.

Seventh District Democratic Congressman Kweisi Mfume said he hasn’t talked much at length publicly about what occurred on January 6, 2021.

“Some things you just don’t want to dredge up and yet we all know, meaning those of us that were there that day, that this day was coming again where we would kind of have to relive and go back through what was going through our minds and our spirits and the visions that we saw,” he said.

On January 6, Mfume was making his way from the House Gallery to his office. Inside the Capitol, he passed by people milling around, yelling and waving flags.

“They were angry,” he said. “Many of them were shouting. And they went past me.”

Excerpt: In response to questions by The Brew about the city’s $18 million helicopter contract, which will replace helicopters purchased a decade ago for $9.5 million, Comptroller Bill Henry called on the Police Department to explain the contract today to the Board of Estimates.

The discussion was strictly academic because the board had already approved the contract at its December 22, 2021 meeting.

Shallah Graham, BPD’s chief financial officer, described the circumstances of how the department wound up getting price quotes from a small Midwest helicopter supplier.

A “request for information” was sent out to more than 40 helicopter vendors over the summer, she said.

“Of that, only two vendors got back to us. One of the vendors had already gone through a competitive process through the Government Services Administration, which a law enforcement agency is allowed to pull down from. So that was the vendor selected, and, of course, that was the best price as well.”

Excerpt: The Baltimore Banner is adding some longtime Baltimore Sun staff members and other Baltimore-area journalists to its roster as the new digital news outlet prepares to launch this year.

Also joining the Banner’s ranks from the Sun will be veteran Sun reporters Liz Bowie, Justin Fenton and Tim Prudente; as well as Lawrence Burney, founder and editor of True Laurels, an online and print publication about music and culture in Baltimore and the D.C., Maryland, Virginia (DMV) region with an emphasis on artistry by Black creators.

“There are 352 evictions scheduled by the sheriff for this week. There will be hundreds scheduled for the weeks to come,” Public Justice Center attorney Matt Hill said today, at a virtual news conference held by Baltimore Renters United (BRU).

The lawyers who represent renters, Hill said, know all too well how evictions multiply the impact of the pandemic on vulnerable people.

“If tenants are evicted, they are forced to live in close quarters, in shelters, doubled up with family or friends or on the streets,” he continued. “You cannot quarantine and shelter at home if you have no home.”

In making his plea, Hill pointed to the soaring hospitalization rate and the positivity, which stands at 34% in Baltimore right now, which he called “one of the highest rates in the state.”

In the early days of the pandemic, Sheriff Anderson and then-Mayor Bernard C. “Jack” Young, along with a district judge, moved to halt evictions.

The new contract between the American Federation of State, County and Municipal Employees Council 3 and the state includes a $1,000 bonus this year and cost of living adjustments for the next two years. It also requires state agencies to notify their employees if they were near someone who tested positive for COVID-19, according to AFSCME Council 3.

State employees who are vaccinated and boosted can take 10 days of special COVID leave, instead of using their own sick leave, through the end of this year under the new agreement, according to AFSCME Council 3.

In addition, the new contract extends COVID hazard pay for employees who are in close contact to COVID positive people, such as workers in state hospitals and prisons. The state had discontinued hazard pay at the end of 2020 and reinstated it last spring through a budget amendment, but scores of essential state workers reported that they were left out.

Excerpt: Monday’s first snow of the year brought a day off of school and plenty of sledding photo ops for Baltimoreans. But it was the opposite of a winter wonderland for motorists on a 50-mile stretch of I-95 in between Washington, D.C. and Richmond, Virginia, many of whom found themselves stuck on the highway overnight due to icy conditions, a foot of snow, and disabled trucks blocking multiple lanes.

With temperatures dropping into the teens and no access to food or water, it was a dangerous situation for drivers still stranded on Tuesday morning, but a couple traveling from Ellicott City to North Carolina came up with an idea to feed those around them with the help of Charm City’s own H&S bakery—which was founded by Greek immigrants in 1943, and has remained in the family ever since.

Ellicott City native Casey Holihan, and her husband, John Noe, were stuck a few cars behind a Schmidt Baking Company truck. While waiting for conditions to improve, after nearly 21 hours, they had the thought to call the company—one of the many retail brands distributed by H&S, which is headquartered on South Caroline Street in Fells Point. They asked if the driver would consider sharing some of the truck’s precious cargo.

“We kind of called them on a whim,” Holihan says. “We definitely did not think anything would come of it.”