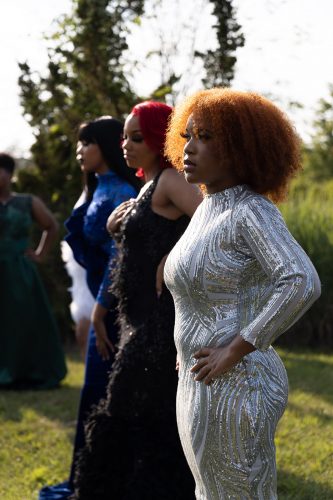 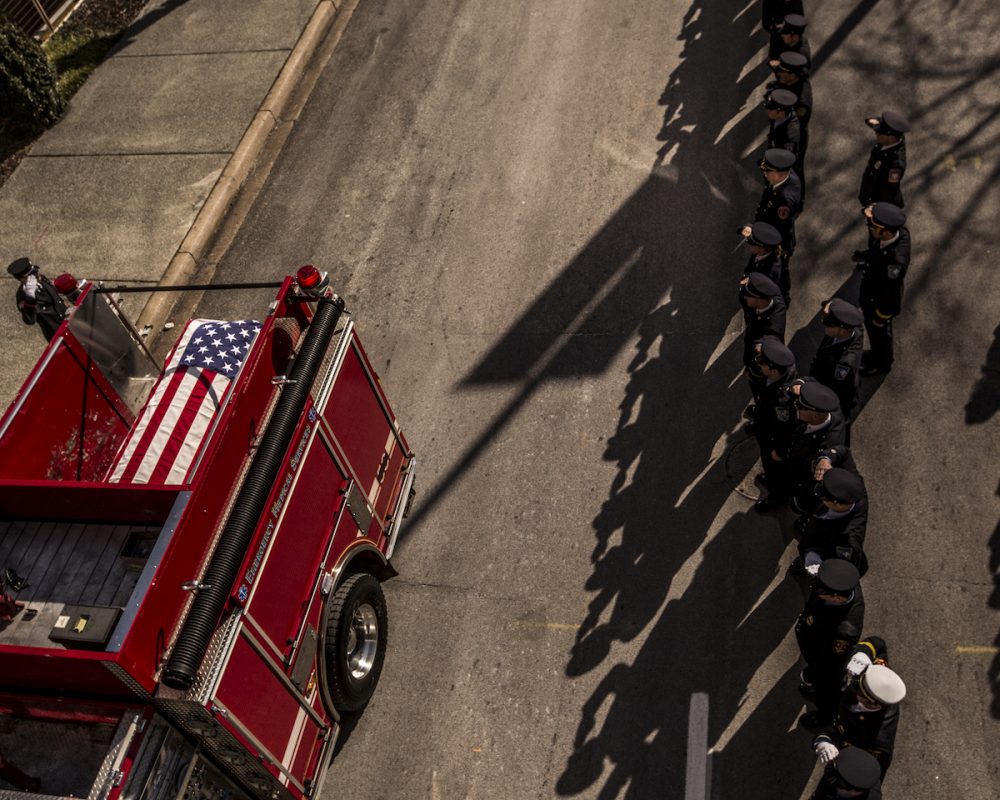 During the past two years, honoring those who put their lives on the line for others has become a priority. Rather than superheroes, these are individuals who simply continue to show up for work, engaging in the professional fields they have chosen which have grown increasingly deadly. We now see signs and banners across the country labeling healthcare workers and nurses as heroes, elevating the gratitude that we feel for their labor and the risks to personal livelihood they undertake each day. Realizing that certain occupations require more bravery, more dedication, and more risk than others, it’s essential to acknowledge that the rest of us benefit from their labor.

After a January 24 fire in southwest Baltimore claimed three Baltimore firefighters’ lives, our city is now in a similar position of solemnity, mourning, and gratitude for their sacrifice. On Wednesday, February 2, firetrucks and emergency service vehicles lined highway overpasses, lights flashing across the city. The Baltimore City memorial service for Lt. Paul Butrim, Lt. Kelsey Sadler, and Firefighter Kenny Lacayo attracted firefighters from as far away as Canada and California, with active members from New York, Boston, and South Carolina who came to pay their respects to the fallen heroes and also to cover shifts for Baltimore firefighters so that they could attend the memorial.

As artists, it’s difficult to reconcile conflicting emotions around public service, activism, and the everyday tragic circumstances we face as a community, but Baltimore-based photographer Jill Fannon has made it a point to dive into the spaces where these experiences coexist. In early 2020, she began extensively capturing regional healthcare workers by photographing those who mean the most to her personally: her family members who work in this field, as well as their friends and colleagues.

The resulting series, titled Care in the Garden, depicts nurses and paramedics wearing their PPE outdoors where it was physically safe to shoot, capturing them in an idyllic setting that contrasts, visually and emotionally, with their plastic masks and face shields and medical gloves. These images express our collective vulnerability but also create visibility for the people beneath the veneer of a specific job or role that can be dehumanizing from a distance. Fannon’s images manage to pair beauty and bravery with the uncomfortable compromises that professional healthcare workers endure, conveying an admiration that manifests physically as well as a palpable sense of loss.

Fannon’s photos of the firefighters’ memorial in Baltimore this week were also created from an intensely personal place. Her brother, Battalion Chief Joshua Fannon, was a close friend and colleague of firefighter Lt. Paul Butrim, one of the three who lost their lives on January 24. He spoke at the memorial where thousands gathered from across the country to pay their respects and there were few dry eyes. “We will never forget the warmth of your spirit, the wisdom in your guidance, and we will forever strive to embody the qualities of your character that stand as a shining example of what a Baltimore City firefighter should aspire to be,” Fannon said during the service.

Although the photographer made these images for her brother and the firefighters she has grown to love over many years, they speak to all of us as we grapple with grief, gratitude, and mourning. These images honor the three Baltimore City firefighters who died on January 24 and all firefighters, everywhere, who continue to risk their lives for the greater good. This tragic loss is a reminder that we share a responsibility to care for one another, and to remember and respect the three individuals who lost their lives while serving our city.