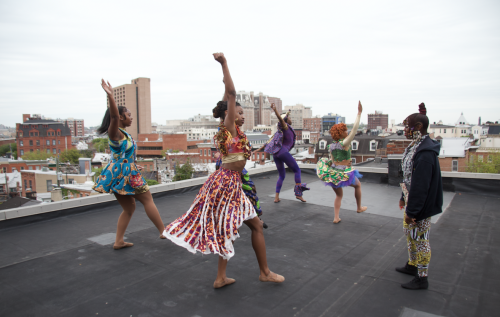 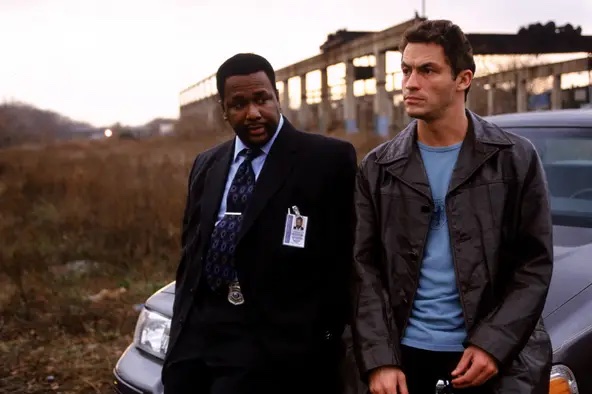 John Waters: ‘Trump ruined bad taste – he was the nail in the coffin’
by Catherine Bray
Published June 4 in The Guardian

Excerpt: If John Waters had existed in ancient Rome – and he’d be the first to point out that he’s been around for a while now – they would have made him the god of pop culture. The director has a tendency to materialise in zeitgeist-defining moments, like one of those urban legends where it turns out the same spooky guy was in every single family photograph.

When The Simpsons redefined the sitcom in the 1990s, Waters was there, cameoing as Homer’s gay best friend. When comedy prank phenomenon Jackass horrified pearl-clutchers everywhere in the 2000s, Waters was there, appearing as a magician in a skit with Jason “Wee Man” Acuña. When RuPaul’s Drag Race pulled drag culture into the mainstream in the 2010s, it dedicated a whole episode to guest judge John Waters, with skits based on his films Pink Flamingos and Female Trouble. And in the 2020s, you could find him in the none-more-hip comedy-drama Search Party, selling children to gay couples, which as he points out is “Pink Flamingos all over again. I’ve come full circle.”

The Audacity of Despair: ‘The Wire’ 20 Years Later: How Does “The Greatest Television Show Ever” Hold Up?
by Ron Cassie
Published June 6 in Baltimore Magazine

Excerpt: Three rivulets of blood, illuminated by flashing blue lights, seep from a body lying face-down in the middle of a dark street. In the background: the wail of a squad car siren, the whirl of a helicopter, the howl of a neighborhood dog. A cop picks up a shell casing and places it into a plastic bag. Static voices blurt out from a police radio. Three school-age girls silently take in the scene from their rowhouse stoop. On the steps of a vacant home on the same block, a white Baltimore homicide detective turns to the young Black man seated next to him, bundled in a hoodie and winter coat, blankly staring at his just-murdered buddy.

The cold opening to what many consider the greatest television series ever is a repurposed story David Simon overheard in the back of an unmarked police car in 1988. That was the year Simon took leave from The Baltimore Sun and embedded with a BPD detective unit. The experience produced his acclaimed nonfiction account, Homicide: A Year on the Killing Streets, which filmmaker Barry Levinson and writer Paul Attanasio adapted for television into a long-running cop procedural. A dozen years later, that reporting (along with another year Simon spent observing the corner of Fayette and Monroe streets in West Baltimore) would also inspire many of the characters and stories he brought to The Wire, including the opening, featuring fictional detective Jimmy McNulty. In fact, that scene and the dialogue, which Simon transcribed almost verbatim, was filmed just blocks from where he had heard the very real Baltimore homicide detective, Terry McLarney, recount the sad story of Snot Boogie’s death. TV critics called it “authenticity.” Simon calls it “stealing life.”

Excerpt: On a quiet Saturday morning, when Anthony Francis heard the sudden rumbling and felt the shaking of his house in Harlem Park, he could imagine only one thing.

“We thought it was an earthquake,” said Francis, who came running outside to see what was happening.

He discovered that the top of a rowhouse three doors away – 1522 West Lanvale Street, a vacant, city-owned building he and his mother had been complaining about for years – had toppled over.

They had been telling housing officials about the bricks and pieces of drywall falling onto the vacant lot at 1520 West Lanvale Street, which Francis has been tending as part of a community garden.

“They told us the building was stable and safe,” said his mother, Angela Francis, recalling their interactions with the city. “We didn’t want them to knock it down, we wanted them to shore it up.”

Excerpt: Back in April 2016, a Baltimore news report about “police recruiting perils after Freddie Gray” focused on a new police hire with an ideal origin story. Luke Shelley, a National Guardsman deployed here during the Baltimore Uprising in April 2015, had recently joined the Baltimore Police Department (BPD). As a guardsman, he had been stationed at Mondawmin Mall, ground zero for the rioting that took place on April 27, 2015, “an experience that convinced [Shelley] he wanted to serve the city,” local ABC affiliate WMAR reported.

“I want to be where the challenge is and where the need is for good police,” Shelley told WMAR in 2016. “To have that impact on countless lives—a hundred or a thousand or whoever you meet on a daily basis—I think is a pretty noble and high responsibility.”

Excerpt: Twenty years ago, Al Spoler, a veteran director at Maryland Public Television and the long-running co-host of “Cellar Notes,” a weekly wine and beer review on what was then WJHU-FM, pitched the idea of doing a cooking show for the public radio network. While the concept of talking about food on the radio was a novel one, its time had come.

Ever since Julia Child picked up a rolling pin for her famous The French Chef, cooking shows have had a place on TV. In fact, Spoler himself worked on two shows with famed French chef Pierre Franey. But home cooking had recently gotten a boost, thanks to the then-fledgling Food Network.

“There was an increased interest in home cooking,” recalls Spoler. “And in America—or at least the Mid-Atlantic—everything was up for grabs. You could dabble in any cuisine you wanted—the whole world was our oyster.”

Instead of Dollar Homes, a reparation zone in Baltimore
by Michael Snidal
Published June 3 in The Washington Post

That’s good news for Baltimore. At best, the proposal would result in 300 scattered rehabs providing little opportunity for wealth-building in a city with more than 15,000 vacant homes that is hemorrhaging Black residents.

Dollar Homes, a program in which residents lease houses from the city for $1 a year, repair them and then are granted the home, is flawed for reasons well articulated by housing experts: A $50,000 grant is insufficient to rehab a home; there is no guaranteed construction loan fund; and city-owned housing is dispersed and often on streets with more than 50 percent vacancy.

But Baltimore can do much better — not only to reduce vacancy but also to reverse the course of neighborhood decline. Vacants to Value, the city’s vacancy reduction program, hasn’t made a dent in filling empty homes. Proposals to help the city take titles of vacant property are well-intentioned. But they are also minor league ball.

Excerpt: Governor Larry Hogan and Mayor Brandon Scott recently exchanged words over Baltimore’s crime and efforts to get it under control.

In a blistering letter to Scott, Governor Hogan requested a progress report on Mayor Scott’s crime plan and how the money set aside to fix the problem was being used.

Mayor Scott assured him his crime plan would result in “meaningful reduction in violence,” despite the Baltimore City Council expressing a lack of progress in said plan in a May 19 letter to Baltimore Police Department Commissioner, Michael Harrison.

“The murders, shootings, and violent crime in the streets of Baltimore continues to be the most urgent issue facing our state. Already, less than six months into this year, 128 people have been murdered in Baltimore City,” said Hogan in the letter. “The victims were a grandmother working as a DoorDash driver gunned down during a robbery, a mother shot while her children were inside the house, a pregnant woman and her fiance shot in her car and just days ago, a young student killed hours after his junior prom.”

Excerpt: An already-concerning exodus of prosecutors in the Baltimore State’s Attorney’s Office has been compounding in recent months, with departures accelerating, caseloads expanding and inexperienced attorneys being propelled into crucial roles that in previous years would be held by more seasoned litigators.

On its website, the State’s Attorney’s Office says it has more than 200 prosecutors. In October, the office said it had 164 prosecutors.

But according to a roster developed by The Baltimore Banner and cross-checked with multiple people with knowledge of the agency, the office will soon be down to fewer than 135 prosecutors. Zy Richardson, spokeswoman for the State’s Attorney’s Office, said officials were still working Monday to count the number of prosecutors on staff. She said they will not share their number ahead of a hearing on the office budget. She declined to comment further.

“The attrition rate is catastrophic. And no one outside of the office seems to be aware,” said one prosecutor, speaking on the condition of anonymity for fear of retaliation.

Excerpt: When Gov. Lawrence J. Hogan Jr. pulled the plug on the Red Line in 2015, he slammed the long-planned Baltimore project, calling it a “wasteful boondoggle.” The nearly $1 billion in federal funding that Maryland had secured to build the rail line was returned to the U.S. Treasury for use elsewhere.

Seven years later, the Maryland Transit Administration has unveiled a new set of transit options that would serve the Baltimore region in similar ways. The agency hopes the public will study the options and offer comments.

Transit advocates said the new study will offer the state’s new governor and legislature a fresh start. They say the lack of reliable mass transit is holding the region back economically.

The seven alternatives vary in length, cost, time for construction, the communities served, the number of stops they would make, and how many car trips they would supplant.

In an interview, MTA Administrator Holly Arnold called the release of the feasibility study “a pretty major step” in advancing the state’s Central Maryland Regional Transit Plan. While no single line can serve everyone, she acknowledged, a well-planned rail system can help people get where they need to go.

Excerpt: Although a grey seal named Louis Armstrong began his musical career as more of a solo act, staff at the National Aquarium hope he will find fellow song-loving seals after returning to the ocean Friday.

Louis, who gained his nickname for his loud trumpeting style of communication, was released after 14 weeks of rehabilitation at the National Aquarium’s Animal Care and Rescue Center (ACRC) for injuries to his face and flipper.

Louis was rescued at Assateague Island National Seashore and soon after arrived at the ACRC on Feb. 26.

At just a few weeks old weighing 35 pounds, the young seal was without a mother to provide nutrition and support.

The National Aquarium cared for Louis, who arrived at the ACRC severely dehydrated, and eventually taught him to swim and forage for his food on his own.

Header Image: still from The Wire