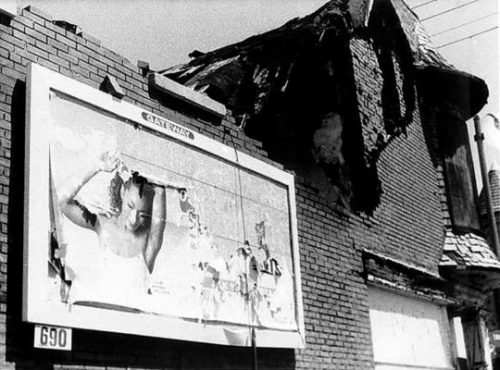 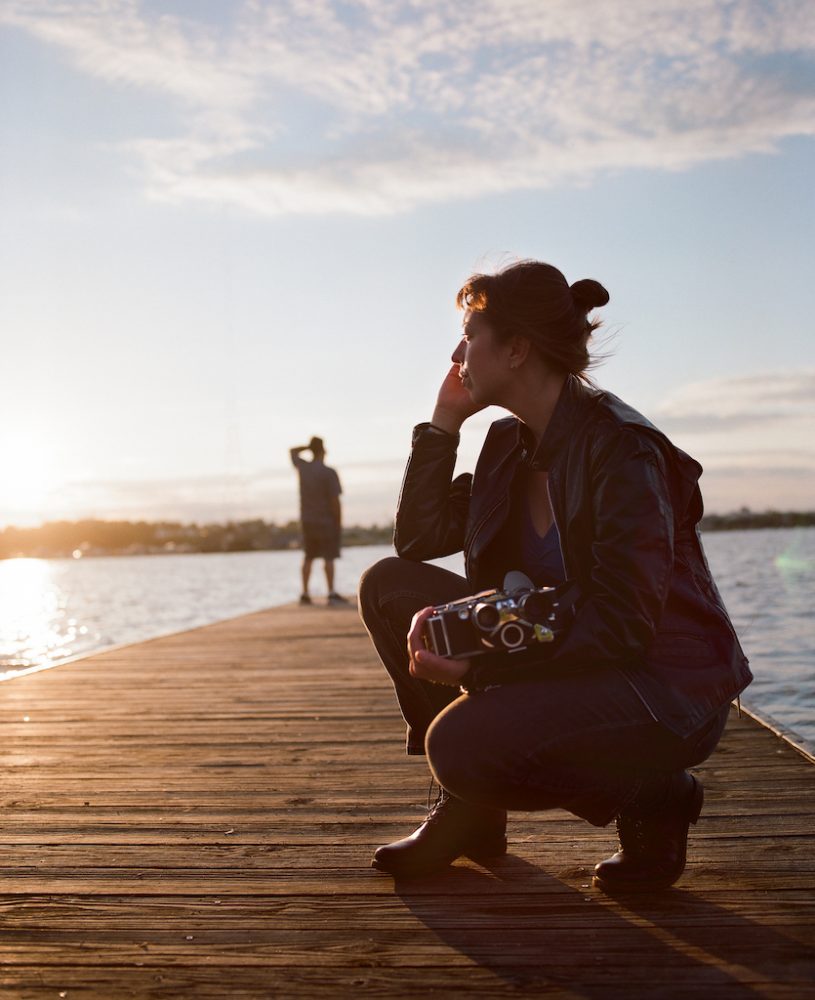 After ten years of bringing non-narrative and experimental film to Baltimore audiences, Margaret Rorison’s Sight Unseen series is coming to a close. The final three screenings are fitting, as they amplify the voices of many regional artists, Baltimore’s youth, and the complex beauty of the city itself.

The series has used the SNF Parkway Theatre as its home since 2017, and on April 9, Rorison screened a documentary titled Exploring Presence: African American Artists in the Upper South. In a series of short profiles, director Angela N. Carroll (a BmoreArt contributor) shows the value and the breadth of artists working and living in and around our city. Among the profiled artists are many familiar names, including Schroeder Cherry, Linda Day Clark, Oletha DeVane, Espi Frazier, Aziza Claudia Gibson Hunter, Martha Jackson Jarvis, Ed Love, Tom Miller, Joyce J. Scott, and Paula Whaley. While these artists are certainly exploring our present, none of them seem to have left the past behind. The film highlights that these artists are united in giving credit to those who came before them, naming history as a driving source of influence and inspiration.

Jarvis, a sculptor working in Washington DC, sums up this use of ancestry and history in memorable language: “I hope, as an artist, that the work has the breath and the strength to speak, beyond my voice, beyond this presence, that it has a life of its own. And that life speaks about the energy of our ancestors that’s unending, that has crossed the globe, undiluted, unbroken, undiminished.”

In the second-to-last installment of the series, Rorison invited Paolo Davanzo and Lisa Marr of the Echo Park Film Center of Los Angeles to come work with film students at the Baltimore School for the Arts. In the course of just one week, students learned how to shoot with 16mm cameras, develop their own black and white film with eco-friendly techniques, and edit their work into a collaborative portrait of the city, titled The Sound We See: A Baltimore City Symphony. Music students from the school played a live jazz score that further enlivened the work.

This 24-minute film depicts life over a 24-hour period, with each student taking the lead for an hour or two. This structure resulted in a delightful, eclectic array of hours, each condensed and edited down to a minute, showcasing locations including Hampden, Fells Point, the Inner Harbor, Stony Run, the Baltimore Museum of Art, the Peabody Library, the Belvedere Hotel, the Walters, and Mt. Vernon Place. The students also included some more candid moments: flipping through a book in the early morning hours, a dog walk, the crowded halls of the school, dancers in the studio, friends getting ice cream or hanging out in the park, a small crowd vibing with a band.

During a spirited Q&A, the film and music students talked about the process—its challenges and surprises—but one refrain that stood out from the commentary emphasized the differences between working with analog technology and improvision, how long a minute can feel when one can hear the physical film reeling, and how liberating it can be to let go of the perfectionist expectations that often come with working digitally.

For the final installment of Sight Unseen, on June 11 at the SNF Parkway, Rorison will screen Christopher Harris’s feature-length film Still/Here, as well as debut a short 16mm film of her own, titled BALTIMORE. While Harris’s film creates a portrait of St. Louis, and Rorison’s a portrait of the city in which she grew up, the pairing works to illustrate the similarities between the two places rather than the differences. Both films ask audiences to consider what might constitute a “complete” picture of a city—especially cities that are marked by boarded-up windows and once-solid structures now reducing to rubble. Both films ask: when a building ceases to fulfill its intended function, what new function might it adopt? Lost cause or galvanizing monument? Backdrop or focal point?

Still/Here opens with a poignant voiceover, a woman telling the human story behind the bricks we see every day. She reminds us that each brick is laid by hand rather than machine, and that bricklaying is still to this day a very human process. That each brick is put down by a person with a story, and therefore a building, made with thousands of bricks and many, many hands, represents not just a single narrative, but a multitude of narratives. Though the voice sounds almost mythic, it is a very real reminder that the brick buildings all around us contain silent origin stories.

With BALTIMORE, Rorison is tapping once again into her own origin story as a native of the city—though the film itself is anything but narrative. Moving lyrically from image to image, the film is at times more like a poem unfolding. In the opening shot, a full moon roves like the dot of a laser pointer before emerging as one light among many street lamps and traffic lights. Rorison has trained her eye on the urban landscape with particular attention to lines—cables, pipes, cement cracks, grids of brick, chain link fences, alleyways, telephone poles, and of course row homes. Are we hearing the rolling, mechanical breath of the light rail or a meditative sound bath? Voices yelling or playing? The film denies easy binaries and asks the viewer to hold space for both. That an empty building might hold our full attention.

Thematically, while the camera is focused on pealed paint, stained stone, shuttered windows, or sealed doors, Rorison’s film explores the tension between vacancy and opportunity. For example, the Hutzler Brothers Palace on Howard Street used to be the city’s premier department store. Though the original signage and ornate façade of the building remain, the place is now quiet as a mausoleum, housing a massive amount of underground AiNET servers that direct about 25 percent of global internet traffic—digital commerce like the ghostly remains of the formerly vibrant commercial epicenter. The logo for Hutzler Brothers, featured in stone outside the building, is a seated figure of Justice wearing a blindfold and holding balanced scales. It seems like she’s in for a long wait. Or, perhaps, this is precisely what balance looks like—one image fades while another image rises.

Looking toward the future, Rorison, who loves planning and organizing events, has decided to take some time to turn inward. In her words, she wants to “disappear a little in my head.” A self-described introvert, loner, walker, and daydreamer, her next project promises to be more personal as she sorts through hours of footage of her grandmother, who suffered from Alzheimer’s. She will shift her attention from archiving a physical space to archiving a personal one. After all, what space is as elusive—or alluring—as lost memory?

For more information on Sight Unseen at the Parkway, and to buy tickets, visit the theater’s website.