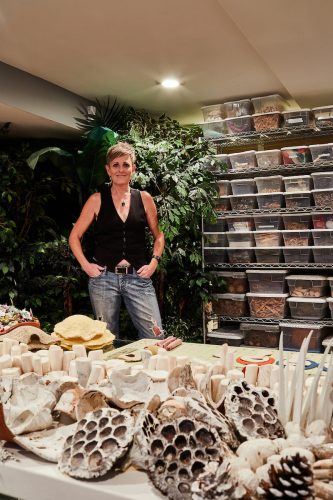 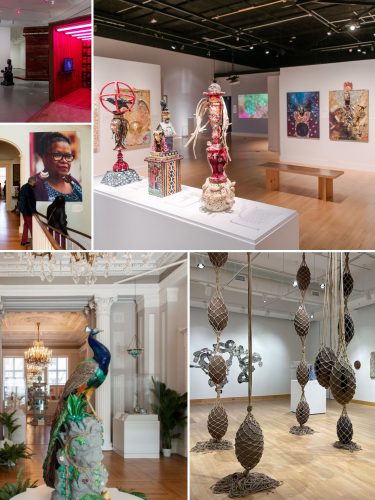 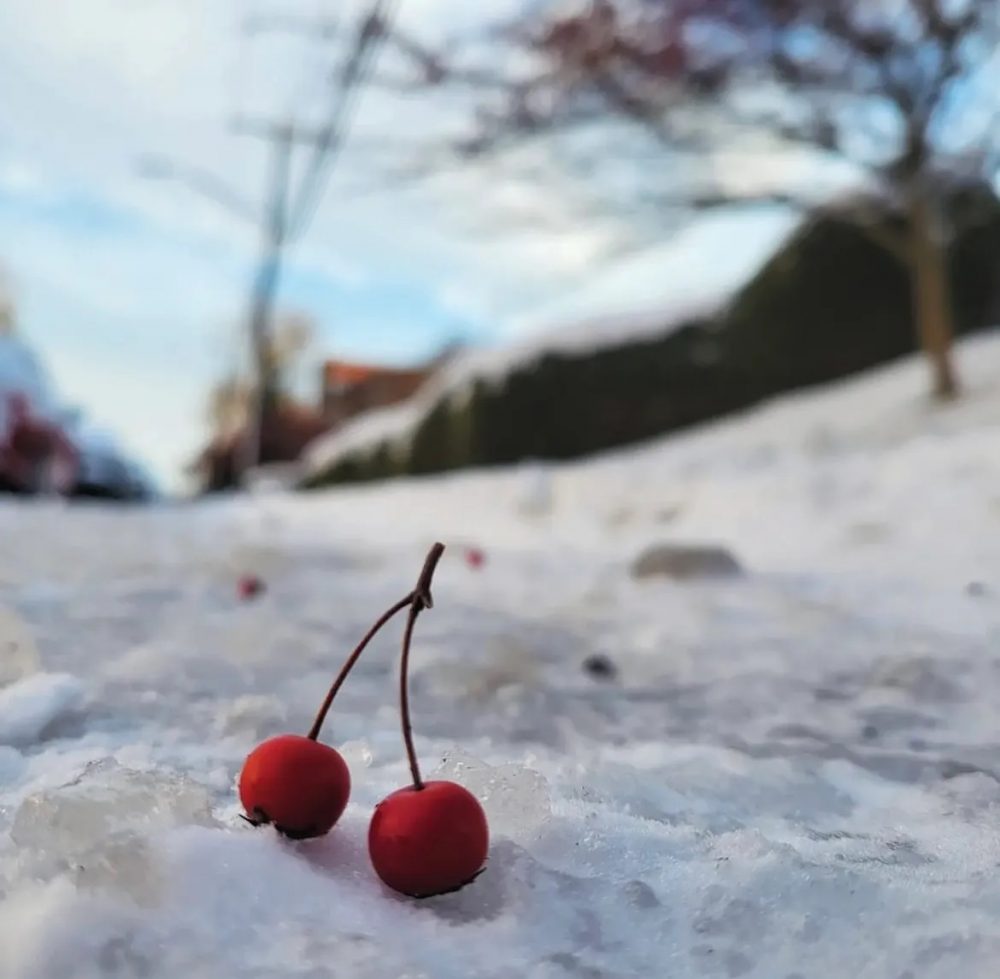 This week’s news includes: The best photos, food, and literary news of 2022, the BSO gives the gift of representation to one young fan, sign painter Sean Danaher, following up on Colin Williams, and more reporting from Baltimore Fishbowl, Baltimore Beat, Baltimore Banner, Baltimore Magazine, and other local and independent news sources.

Excerpt: As we close out 2022, I felt it necessary, as your self-proclaimed eater-in-chief, to round up all of my favorite dishes and drinks from the past year. So throw those New Year’s resolutions out the window and enjoy 2023 from the start by experiencing Baltimore’s best bites.

Excerpt: If a picture is worth a thousand words, these photos tell some pretty great stories. From a missing glove art installation to a metal music festival, take a look at some of Baltimore Fishbowl’s best photos from 2022.

Excerpt: As Baltimore prepares to close the chapter on 2022 and crack open 2023, we’re flipping back to the top literary news of the past 12 months. From written works being adapted for the screen, to the debut novel of a Baltimore icon, this year was one for the books.

Excerpt: If you think representation doesn’t matter, look no further than the scene that recently unfolded inside of the Joseph Meyerhoff Symphony Hall.

Student conductor Bruce Perry, one of few Black conductors in the industry, was recently leading the Baltimore Symphony Youth Orchestra orchestra in the Meyerhoff lobby when he inspired eight-year-old Carter Roberson to join the action. Carter repurposed a straw and began mimicking the movements of the African-American student conductor.

He beamed as Perry allowed him to co-conduct the opening act, but was even more elated when Baltimore Symphony Orchestra’s (BSO) Associate Conductor Jonathan Taylor Rush took notice and dedicated a song to him during the BSO’s ticketed Holiday Extravaganza show.

Excerpt: The colder weather months, which she affectionately refers to as “coquito season,” are Elisa Milan’s favorite time of year for business.

The culinary entrepreneur known as the ”Empanada Lady” has attracted a considerable following in Baltimore with her spins on Puerto Rican staples such as empanadas and coquito, a creamy coconut drink usually served cold during the winter months. She has some 11,800 followers on Instagram, and her food almost always sells out at events.

Excerpt: They are a poet, a singer, two dancers, and a photographer; all teenagers singled out for their extraordinary talent and named Young Arts finalists.

Among the many arts and academic competitions for students, Young Arts is unique. Thousands of students across the country apply each year in 10 artistic disciplines including theater, writing, classical music, design arts, film, visual arts and voice to be among the roughly 139 students named finalists.

From poets to musicians, talented students from Baltimore area honored as Young Arts finalists
by Liz Bowie and Kristen Griffith
Published December 28 in The Baltimore Banner 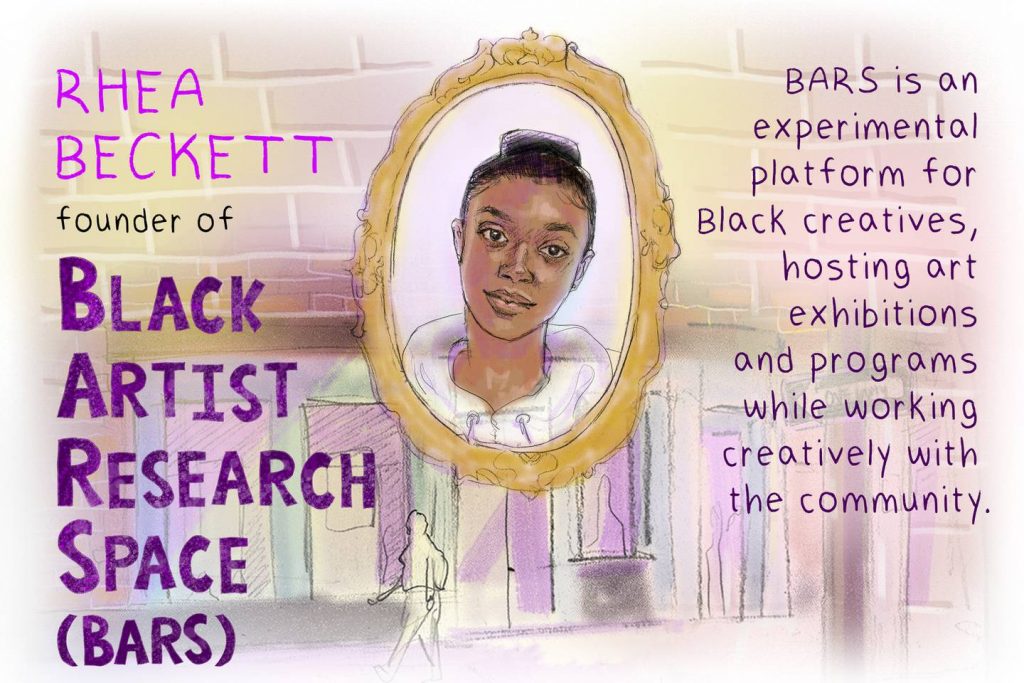 The Culture Report: YGG Tay’s downfall is tragic for all involved
by Lawrence Burney
Published December 25 in The Baltimore Banner

Excerpt: Nearly a decade ago, a new crop of artists headlined by Lor Scoota, Young Moose and YGG Tay began to emerge in Baltimore’s street music scene offering, presumably, first-person accounts of what they were experiencing in the city.

There were others before them. The FMG squad out of Chapel Hill Housing Projects on the eastside, G-Rock from Edmondson Village, Smash from Irvington. Their late 2000s/early 2010s glory years came during the early days of social media and online music sharing — using MySpace, Facebook and sites like LiveMixtapes to promote their material. Making it independently was a more daunting task than it is today.

Excerpt: Deep in the bowels of a cavernous Hampden warehouse, Sean Danaher’s winter studio feels like a walk-in closet turned industrial workspace. This November, the sounds of neighboring businesses mingle with the distinct smells of Danaher’s trade—solvents and enamel paint—to create a somewhat overwhelming cacophony of the senses.

Yet, Danaher, who works outside in warmer months, is at peace. You don’t become a sign painter for the practicality or comfort of it. You have to be a bit of a romantic, and Danaher is just that.

Excerpt: Colin Williams sketched a picture of the “perfect” house while seated in a warm hotel lobby nearly four miles away from Druid Hill Park, which he called home for over a year. He moved into the park during the pandemic after working back-to-back unfulfilling jobs and yearning for autonomy and the freedom to create artwork on his own terms — which he did near the Rawlings Conservatory on Swann Drive.

Williams, who called himself the “unofficial artist-in residence,” is now in a downtown hotel after his artwork and self-made fortress in the park were taken down by the Department of Public Works on Dec. 15. As he gripped a ballpoint pen with slightly chipped lime green polish on his fingernails this week, he drew an aspirational space big enough to accommodate his art. The city is working on getting permanent housing for Williams.

On Saturday, December 17th, the Banneker-Douglass Museum suffered a theft and the defacement of the monumental statue of Harriet Tubman, Araminta with Rifle and Vévé (2017) by Dr. Joyce J. Scott.

Installed in September 2022, the monumental statue, Araminta with Rifle and Vévé sits in front of the museum on view along Franklin Street. Museum staff noticed the vévé, a beaded staff that Harriet Tubman held in her left hand, was missing.

A police report was filed immediately. Museum staff  are currently working with the City of Annapolis Police Department to review video footage with hopes of recovering the piece.

“We’re saddened that this has occurred,” said Chanel Johnson, Executive Director of Banneker-Douglass Museum and Maryland Commission on African American History and Culture. “If anyone has any information connected to the theft, please let us know. We are asking for the community’s assistance in this effort. We are praying for the return of the vévé to restore the statue to its original state.”

Dr. Joyce J. Scott, a MacArthur “Genius” Fellow, is known as the “Queen of Beadwork” for the intricate, handcrafted beading featured in many of her pieces. Araminta with Rifle and Vévé (2017) is on loan from Goya Contemporary Gallery in Baltimore. Scott originally created the piece for a 2018 exhibition entitled Harriet Tubman and Other Truths at Grounds for Sculpture in Hamilton, N.J.

The museum will be closed until further notice while the investigation is underway.

If anyone has any information, please contact the museum via email at bannekerdouglassmuseum@gmail.com or via phone at (410) 216-6180.