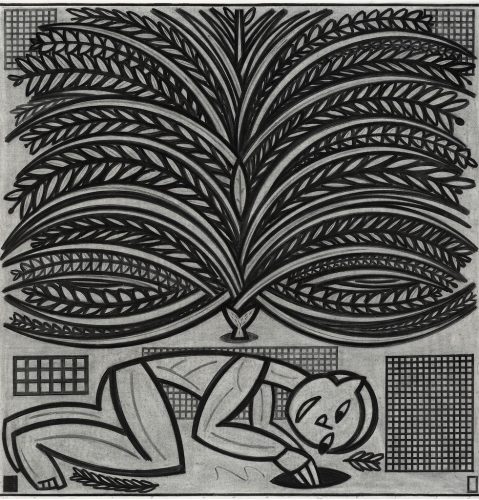 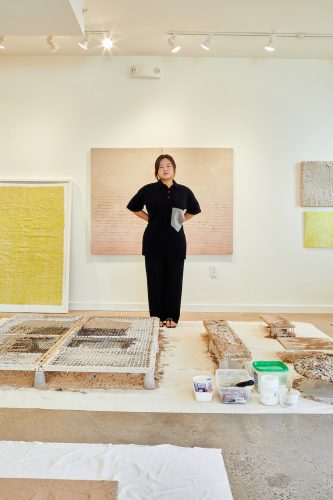 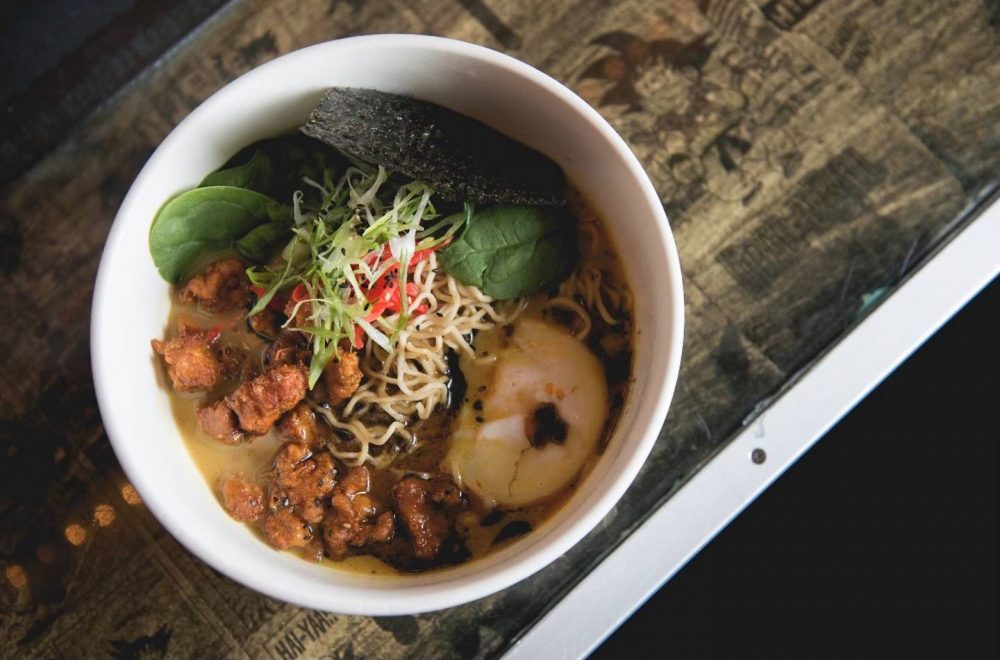 Excerpt: I had never heard of the artist. I didn’t know his story. All I knew was that the work moved me, so I bought some. And kept buying it, for myself and for people I loved because I knew they’d be moved by it, too.

I did not know that the braided handle in a mug I gave my sister was inspired by the braids the artist lovingly wove into his nine daughters’ hair. I didn’t know that he was from Jamaica, where the sparkling blue Caribbean waters reminded me of the turquoise hue of the fish-shaped plates and deep shiny bowls I was drawn to.

But immediately, the work of lauded local ceramics artist and teacher Samuel Wallace became part of my holiday tradition — and of my personal collection. (It also made me a fancy person who collects art, which tickles me.)

Enough With the Selfies; Look at the Art
by Dereck Stafford Mangus
Published December 11 in Hyperallergic

Excerpt: Guarding at several art museums over the past two decades, I’ve noticed a distinct shift in the way many people commemorate their visits with photography. More and more museumgoers are using individual artworks as cool things to be photographed next to. Increasingly, museum visitors are less interested in appreciating the art on display, and more invested in finding pretty objects to accompany their selfies. It’s as though history simply becomes the background to their own portraits. “Look — that’s me next to [insert famous masterpiece]!”

This behavioral turn corresponds to the rapid developments in photography since the turn of the century. In the 20-plus years since I began guarding at museums, photography has become: digital, allowing for instant image production; a commonplace feature on smartphones and other devices; and ubiquitous via social media. When I began my career as a guard at Harvard Art Museums in 2001, visitors wishing to take photographs had to sign a special form at the front desk and wear a badge with a camera logo. Permission was never denied, and though people probably didn’t read the whole document, which outlined the rules of taking pictures in the galleries (no flash, video, or heavy equipment), it was an attempt to deter willy-nilly photogs.

Excerpt: One more piece of Baltimore’s unique old architecture about to be clawed into rubble.

One more “dead zone” – and likely future parking lot – about to blight an intact block of historic Mount Vernon.

One more set of rowhouses – where families once lived and thrived – soon to vanish.

That’s how opponents view plans by the Greek Orthodox Cathedral of the Annunciation to demolish a group of 1890s-era rowhouses at 35, 37, 39, 41 and 43 West Preston Street.

Walters Art Museum to increase wages, with salaries starting at $17 per hour
by Cadence Quaranta
Published December 14 in The Baltimore Banner

Excerpt: The Walters Art Museum will increase pay for all employees next year, with starting wages for full-time, part-time and internship positions reaching $17 per hour, the museum announced Wednesday.

The museum will raise wages for both hourly and salaried employees starting with the Jan. 2, 2023 pay period, the museum said. Compensation across the institution will increase by an average of 13%.

Museum leadership also commits “to regularly reevaluate our compensation, so that we are keeping pace with changes in the museum field and remain competitive as an employer,” said museum director Julia Marciari-Alexander.

Excerpt: When she was a photography student at MICA, Deyane Moses couldn’t help but notice that there weren’t many Black students on campus. For her first curatorial thesis project in 2018, the now-36-year-old artist created the Maryland Institute Black Archives (MIBA), using photographs, archival research, and oral histories to shine a light on the oft-overlooked history of Black students at the prestigious art school. The project received critical acclaim, and in the years since, it has expanded to the city at large. Through her umbrella Blackives, she now provides archival and research services to help Black communities in Baltimore preserve their past and future.

Excerpt: One time, Jaz Erenberg’s kindergarten teacher called her mother in to school. As the teacher showed her a coloring page, one with the line-art of a cat that disappeared in a burst of rainbow colors, they sounded slightly concerned — Erenberg, the teacher told her mother, was having trouble coloring within the lines.

Erenberg, now 32, smiles as she recalled this story. She doesn’t remember this happening, Erenberg said, but it sounded about right.

The Dish: Where to snag a $12.99 lobster roll
by Christina Tkacik
Published December 14 in The Baltimore Banner

Excerpt: Baltimore’s restaurant scene is so hot right now that even D.C. restaurateurs are getting in on the action.

That was my take after learning that a D.C.-based ramen joint is opening its first location outside the nation’s capital in none other than Charm City.

Some more highlights from this week’s column: The Greene Turtle is opening in Baltimore, its first since the closure of the branch in Fells Point. Bar Fusion calls it quits. A Little Italy fruit seller is buying up neighborhood restaurants. A former Baltimore City restaurateur is opening a liquor store. And did I mention there’s something new at Security Square Mall?

And let’s not forget about the $12.99 lobster roll special in Columbia.

Excerpt: Mayor Brandon Scott’s administration recently released the findings of the 2022 Disparity Study for the City of Baltimore, which was conducted by Tampa, Fla.-based MGT Consulting Group.

This is the first time the study has been conducted since 2014 and much of the impetus for it was to evaluate the participation and utilization of minority- and women-owned businesses in the city’s procurement and contracting process.

The study found that past discrimination in the system has resulted in the underutilization of minority- and women-owned businesses and enterprises.

Excerpt: A Baltimore City farm will be featured this week in an episode of Maryland Public Television’s “Maryland Farm & Harvest” series.

The episode airing on Tuesday will highlight the Plantation Park Heights Urban Farm in northwest Baltimore.

Richard Francis, also known as “Farmer Chippy,” and a group of volunteers converted vacant lots in the Park Heights neighborhood into a 10-acre farm to improve local access to fresh produce. The group sells their produce at the Johns Hopkins Farmers Market.

New B&O Railroad Museum exhibit shows for some on Underground Railroad, there was an actual train
by Imani Spence
Published December 9 in The Baltimore Banner

Excerpt: Henry “Box” Brown contorted himself to fit inside the 3-by-3 foot cargo box with only a bladder of water and a hand drill in case he needed holes for air. The box was loaded onto a train headed north. He was hoping to set himself free.

After mailing himself to Pennsylvania in 1849, Brown continued to advocate for abolition, later living in England and Toronto as a speaker and touring musician.

Jonathan Goldman, chief curator at the B&O Railroad Museum, figured Brown’s journey to freedom brought him through Baltimore. The only train from the south to Washington D.C. was the B&O, so therefore if Brown took the train to Washington, he may have continued on to Baltimore.