When Teaching and Art Making Combine 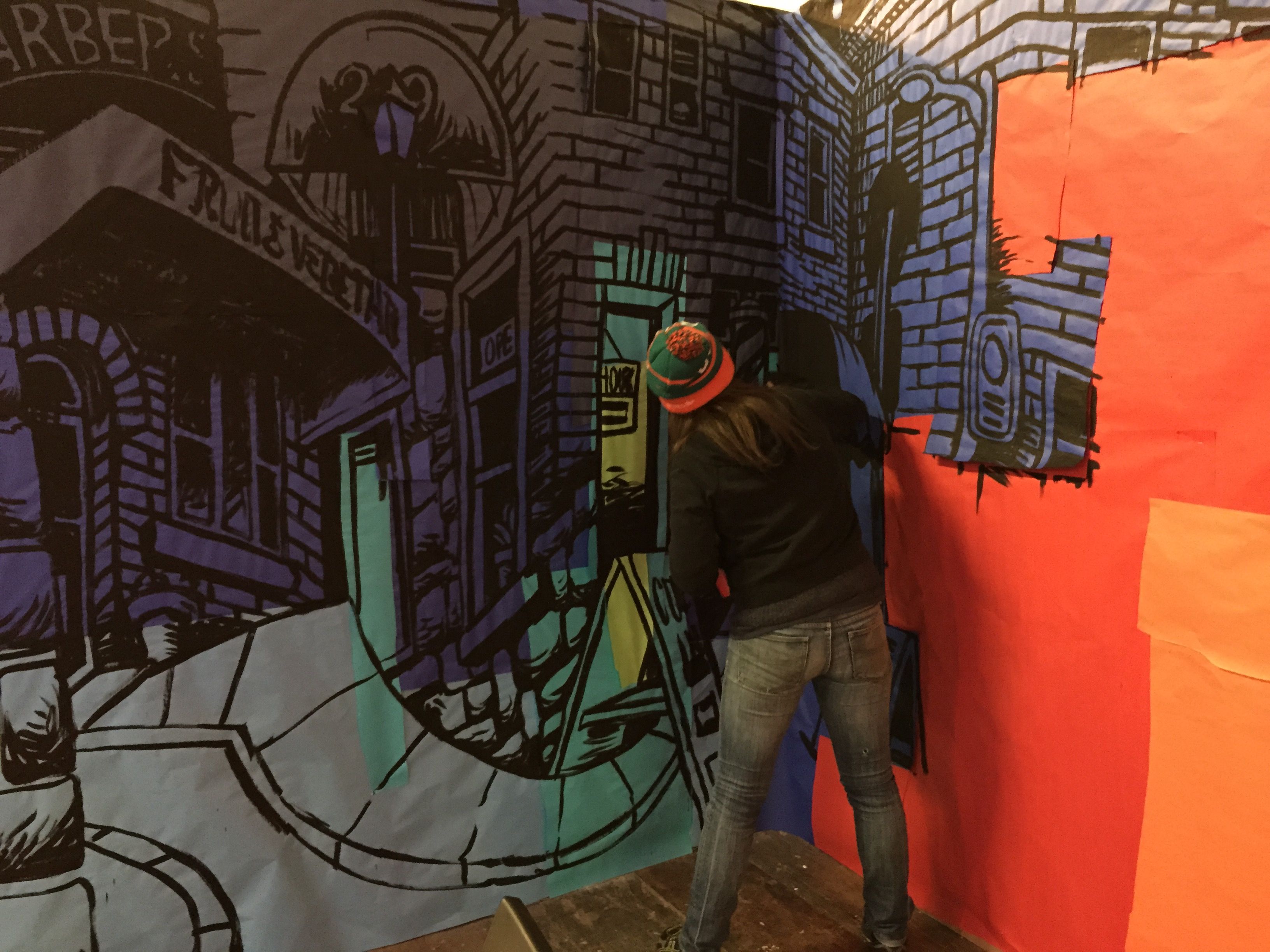 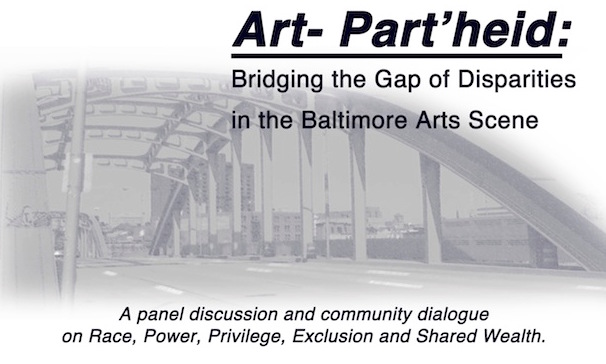 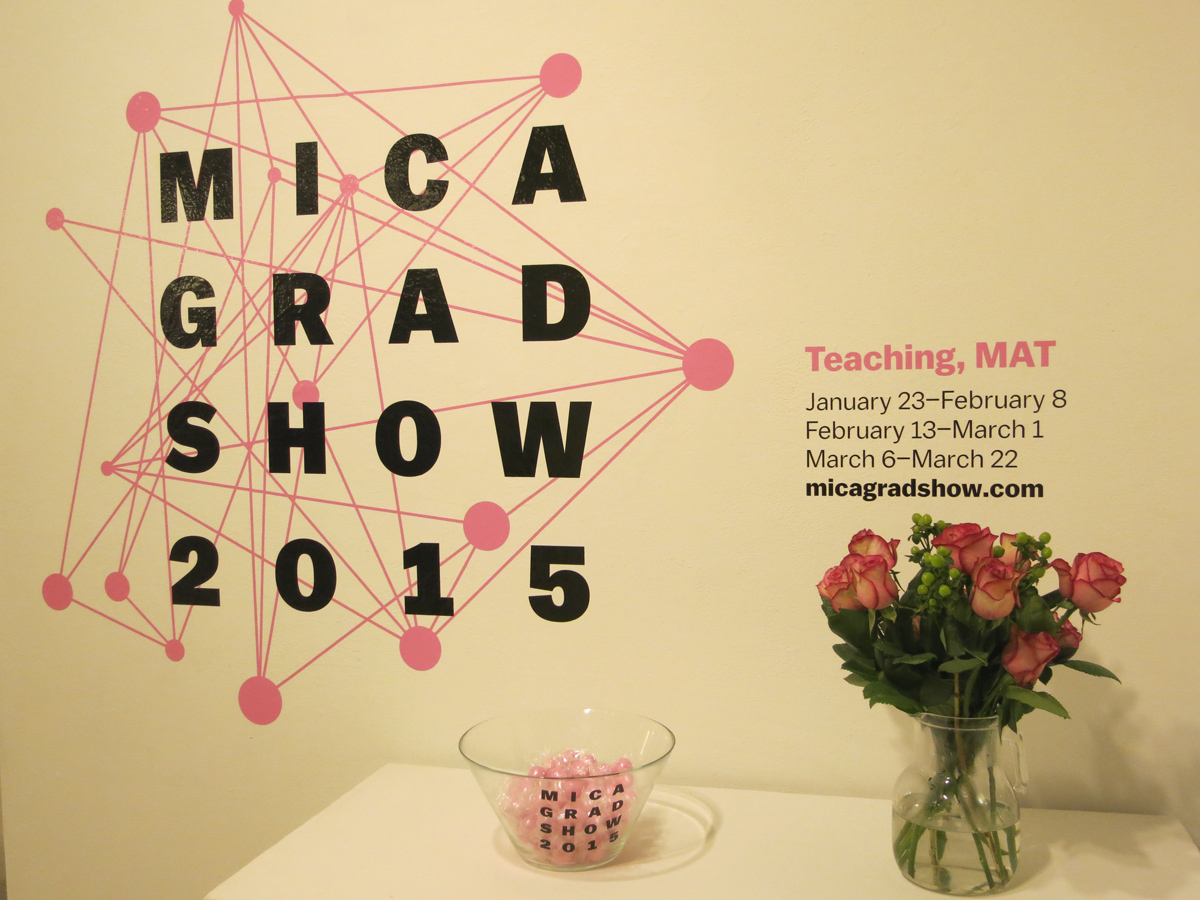 Friday January 23 marked the start of the 2015 Graduate Thesis exhibitions at MICA. The first round of shows featured the work of nine students, all receiving a Master of Art in Teaching. The students in the program spend much of their time learning to undertake the grand task of shaping young minds through art while maintaining a studio practice and applying theory and community outreach to both. The work in the first show was varied in medium and subject, while showing an awareness of how to connect the work back to the classroom. For more work from the MAT program, check out the second installment of exhibitions which opens February 13, 2015. Ashley Hendrix presented large scale graphite drawings and paintings, all of which were inspired by travels and aspects of daily life that are often overlooked. As someone who will be educating in the future, it’s great to feel her awareness of the world around her and how those details ultimately shape lives. I particularly enjoyed the graphite drawings that captured mundane yet weird moments in everyday life in the UK. The drawings were somewhat sparse but still concisely captured a sense of time and place. Taylor Boren, who also holds a BFA from MICA, shows a freeness with materials. The body of work shown was fueled by a personal challenge of thirty days of making. The results were playful and varied without fussiness over the end result. This approach allowed for experimental paper-folding and collections of unconventional materials, all of which were displayed on a series of shelves and clips. Viewers of her work were privy to an often behind the scenes look at artistic processes. Jeremy Jirsa’s work comes from a place of extreme personal experience. All pieces were displayed in a small corner room, which reinforced intimacy and loneliness. Jirsa’s artist statement revealed a long struggle with Tourette’s syndrome and OCD. These two diagnoses have created a difficult to navigate, simultaneous world of order and chaos. Jirsa’s willingness to confront and visually sort through these challenges are respectable and for it the work feels sincere. The small room contained many paintings, depicting mostly geometric shapes with moments of organic and uncontrolled marks. Though the focal point of the room was a chair on a raw wood floor that directed the seated to stare at a harshly lit geometric diptych. This arrangement created a space that gave the viewer a glimpse into a complex set of emotions and life experiences. Rachel Hulme is a recipient of the Jan Meyer ’87, travelling Fellowship, which is awarded to one graduating senior in the photography department at MICA. With this award Hulme travelled to locations in the Southeastern U.S. to investigate vacant schools and the repercussions for those that were once inhabitants. The works were primarily photographs of the strangely empty, frozen in time, school interiors; some also included teachers and administrators. Text and scraps of paper accompanied the photographs, telling a story of sad disregard for these public school systems. As part of the Fellowship, Hulme’s photographs will also be on display in the Main building at MICA in April. Mary Ellen Martinez holds a BFA in Photography and Baltimore has been a catalyst for much of her work. She presented a series of photo transfers on wood that depicted man-made spaces clashing with the natural. This was evidenced by choice of subject matter and material. The irregular edges of each piece helped them to feel found rather than forced, and the images capture memories faded. Martinez notes that the images are all non-spaces in Baltimore; the spaces that many of us see, but rarely consider. A proud penchant for non-traditional materials drives Rachel Kotkin’s work. Gummy bears, broken glass, and found objects can all be seen in her material studies. The small pieces feel related to science without taking themselves too seriously. Light boxes added an otherworldly flair to the small collections. Her work coincides with her artist statement which describes ‘smart play’ and how this process is important, but not offered enough in many K-12 School settings. Amanda Simonds focuses on patterns found in nature and chose to display them on a series of printed transparencies and birch panels. This resulted in clear photographs, which allowed the wood grain behind to play an additional role in the already present patterns. The phenomenon of morphogenesis is a biological process that allows organisms to grow in their own unique shape and Simonds culls this process for visuals. This medium and mounting pairing also created an interesting light quality within the works. A holistic view of self, classroom, and community influence Simonds approach to art and place-based education.

Jessica Rush exhibited a series of small oil paintings titled “On the Chesapeake.” The collection of paintings were created on Tilghman Island, she compares the fluctuations of working outdoors to those within the creative process. The perception of a place versus the memory of a place is one that also appears within her work. Rush cites an interest in creating classroom spaces where students can explore materials as a way to express themselves authentically.

Allison Yancone’s “Documented Fiction” speaks to how scientists, artists, and children all use discovery as a way to learn new information. Through an inquiry-based process Yancone created a series of partially invented Maryland animal species. The drawings act as documentation of something that may or may not exist. A shelf of collected objects was also included; the viewer is made to feel as if they are important, but doesn’t necessarily know why. The importance of imagination is clear within Yancone’s work and her pairing of the real and fantasy make for an interesting pseudo- documentary.

Author Amy Boone-McCreesh is a Baltimore-based artist and professor.